Zebra is a wild animal that resembles the domesticated donkey. People from all over the globe flow into countries that shelter these kind of animals as tourist to explore its magnificence. The animal is facing extinction due to the rampant poaching for their skin and meat. Sometimes they have been reared by some individuals for their skin and meat which attracts most investors to go into this kind of business.

Some countries even use these animals as a source of foreign exchange through tourism.Thousands of zebras have lost their lives due to rampant poaching which is threatening their existence. zebra like horse and donkey come from Equidae family. Africa is enriched with nurturing all the species of these kind which can be found in different places in the continent. There are three main species of the zebra. From a distance, it’s impossible to notice their differences. The white and black stripes are the distinctions among species and their habitation.

The following are the species of the zebra;

Grevy’s zebra is also known as the Imperial Zebra named after the famous Jules Grevy. Kenya and Ethiopia are known to shelter the vast majority of these animals. Imperial zebra is the largest and most endangered among the three species of the zebra family. Their size is about 50-60 in at the shoulder and weighing around 770-990 lbs. Grevy’s zebra has been described by the European as the zebra of’ antiquity’ by its dazzling moves in the circus. Tracing Equus grevy is very easy compared to other species, the zebra is tall with its stripes narrower than the rest of the species. Features of the Grevy’s zebra are very divergent from the others. The physical appearance of the imperial zebra is aligned to that of a mule with more primeval qualities. The head is usually long, and a bit larger, rounded, cone-like with short and a chunky neck. The animal’s muzzle is ash-grey akin to black with whiskers on the lips. The mane of the zebra is tall and upright. The mane of the young is short and different from that of an adult which extends to the length of the back.

Semi-arid grasslands are the conducive habitation for the zebra to thrive where it can locate and feed on grasses, legumes, and browse.  Though the camel has been known to walk miles without drinking any water, Grevy’s zebra is known to survive the hot climates of Africa without a drink for five days.

Disparate from other species, imperial zebra are not good at socialization with flaccid social bonds. The zebra does not live in harems or group unlike other species of their kind. The animal hardly spends hours in a social group.

The mountain zebra is a native to Namibia,South Africa and South Western Angola,. The animal is a remarkable rock climber, with excellent feet on steep and rugged surfaces and hence the name mountain zebra. Mountain zebra are diurnal, consuming food mostly during half of the day. Grass barks and leaves are the chief menu in the mountain zebra’s diet. The animal is exemplary active during the early morning and late in the afternoon. Sometimes zebras get clean by rolling on dust or by doing mud bath.

Each band observes a distinct hierarchy within the breeding group .The stallion being dominant is responsible for protecting and defending the entire herd. Most of the predators that the herd faces regularly are the lion, hyena, and human beings.  Mankind has proved to be more ruthless to the mountain zebra by threatening its existence through poaching for its alluring skin and meat.

Like Grevy’s zebra the pregnancy period for mountain zebra is approximately 12 months with one foal being conceived. Weaning takes 10 months and the animal is considered sexually mature after 2 years. The life span of the animal is estimated to be 25 years.

Plain zebra also termed as the common zebra (Burchell’s zebra) is iconically known to colonize a huge geographical sphere. The animal is excellent and prominent among many African grazing animals. The animal exhibits a unique and diverse degree and is separated into six minor subspecies based on their physical variations of coat pattern, the mane presence, the length of the strip coverage and the mass of the body. The plain zebra is characterized with wide black stripes that run vertically on the body but become horizontally on the hindquarters.

The animal feeds on mostly grass, shrubs and herbs. Amazingly, they can able to withstand course vegetation which would not be sufficient for satisfying the energy demand  compared from other ungulates.

The plain zebra is classified to a social system which is  obscure with the basic social unit comprising of a `harem` which consists of single dominant male responsible for defending the herd   with one to six females  that are actually unrelated  to a number of young ones. The dominant male has the greatest right to access and breed with the females, having frequent fights  from other suitors. The gestation period for plains zebra normally takes around 360 to 396 days and a single foal is conceived which is able to stand within an hour after birth and starts to eat grass within a few weeks. Weaning takes about 7 -11 months  and maturity is attained at 16-22 months. Plains zebra falls prey  to animals such as lion and hyenas , leopards, cheetahs and African wild dogs.

They form half a circle in groups when attacked by the predators and encircle  wounded member  to protect them. 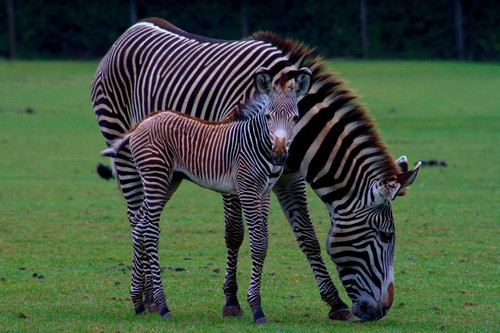 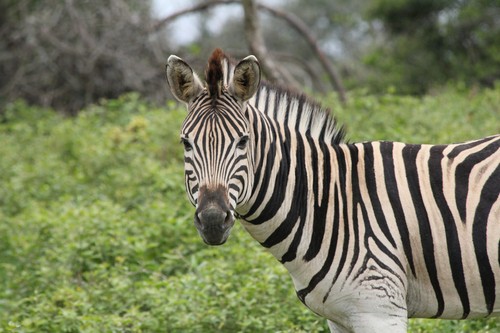 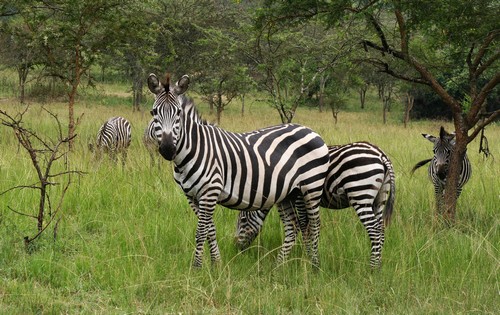 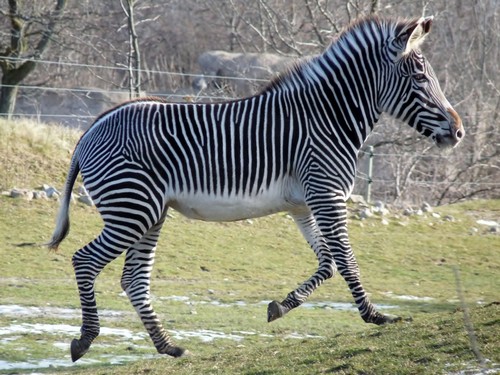 Africa has been proud to be the home of  various species of zebra. A harem is a group of zebra which comprises of a single dominant male called the stallion, one to six females called mares and the foals which are the offspring. The dominant stallion is responsible for defending the herd and breeding. The position of the ear defines the moods of the zebra, being upright means calmness and friendly while backward means aggression. The white and black strips of the zebra serves as a protection from dehydration and keeps insects at bay. The strips are unique according to each species just as the fingerprint of all mankind.

Zebras sleep while standing and are gifted with excellent hearing and eyesight. Zebras come together to form a social system. They are social animals who gather during grazing and feeding. During the night they also group together to form a defensive barrier for protection from predators.The black and white stripes in a zebra camouflage them from predators. When in a herd predators find it hard to single out one of them because of their resemblance. 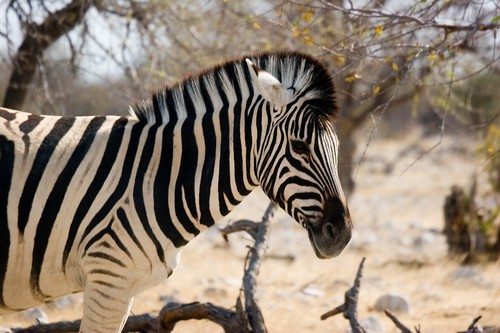 To outwit the predator, zebras run in a zigzag pattern to evade the predator’s crawls with a speed of 65km/h. Like human who communicate through the five senses, zebra also communicates by making loud barking or braying sounds and soft snorting sounds. The positions of their ears, how they open their eyes and by showing their teeth are some ways on how they communicate and how they send signal to each other .  One of the wonders of nature is the amazing migration, accommodating a vast number of zebras that cross over the Serengeti, Tanzania for greener pastures and water.

Zebra is known to be an affectionate animals. Immediately after the foal is born, the mother tends to cradle it with warmth and will remain in their mother until mature enough at around 3 years old.  The bond between mothers and offspring is closer with males knitting a stronger relationship with their father.

The animal has found their way into the book of arts after performing in UK circus. 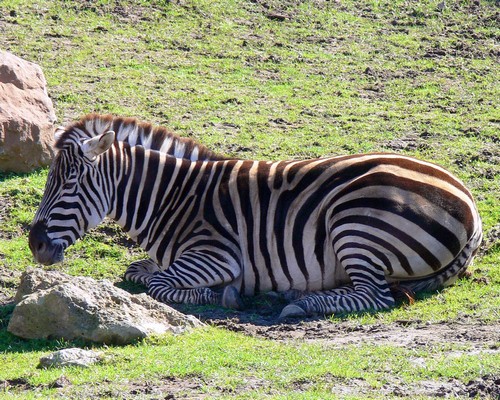 Zebras are among the endangered species which will become extinct if proper measures are not put in place.  In spite of zebra falling in the list of the animal food chain, there are still frequent poaching for their skin and meat which really threatened the existence of this incredible animal.

The stripe on the zebra is associated with cultural significance to some people. The native Shamanism symbolizes  the zebra as a balance of agility, confidence in the path, and clarity without filters. The skin of the zebra is black underneath its hair.

One of the mythical beliefs translates that donkey and zebra were both the same in color. Both the animals were called for painting, unfortunately, when it was the donkey’s turn, there were no longer paints left. And therefore the reason why zebra is striped with white and black while the donkey is grayish. 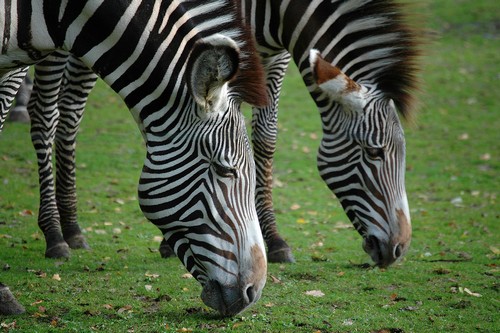 In the past few years the population of the zebra was estimated to be around 750,000 but the number has reduced tremendously because of the frequent poaching, predators and emerging diseases that is threatening its existence.