It is said that, ‘the first impression matter very much.’ This is because people will spend just a few seconds to evaluate you when they first meet you.  They form an opinion about you not based on facts but from what they first see.  It is usually hard to erase the opinion people make about you from the first impression or rather it requires hard work to erase it.  At the mention of the word ‘vulture,’ people’s faces change to not very pleasant looks.   This is because the first thing you see in a vulture is a bald head.

“Not so good looking!” is the quick comment almost everyone will make.  The next thing you hear about them will even put you off, ‘that they eat dead animals.’   It is said that, “all that glitter is not gold.” The reverse of this can be that, “not all gold glitters.” This means that some things may be very important or of great use even though they do not impress the eye.  This is so with the vultures.  As you read on, you will realize that vultures are one of the best and most important creatures in the whole world.

A vulture has a bald head and the neck too has no feathers.  This bald head and neck helps them during feeding because as they eat the dead and sometimes rotten animals, it’s most likely to carry some bacteria with their feathers. Vultures have very strong beaks or bill with which they cut the flesh of the dead animals. They also prey on extremely sick or wounded animals especially when there are no dead animals around.

Vultures have weak legs and feet and the talons are very blunt.  For this reason vultures will not carry food with its legs.

Vultures have a dark black body covered with thick feathers. When in flight you will realize that the under wings are white and yellow.  Most of the vultures have sharp strong yellow beak.  The wingspan of the vultures can go up to 6 feet wide.  A mature vulture will weigh slightly below or above 4.5 pounds.

Vultures have an excellent eye sight with which they use to spot the prey.  They also have a very strong sense of smell.  You will often hear the vultures hissing or grunting.  They use these sounds to scare away other animals and also when they are looking for mates.

Vultures move in groups and even when they fly, they fly in groups. On very few occasions will you find a vulture alone or in pair.

Vultures are divided into two groups, the new world vulture, which is from the Cathartidae family and the old world vulture which belongs to the Accipitridae family.

What do Vultures eat?

Vultures are carnivorous and scavengers which mostly feed on dead animals.   Some carcasses may be too hard to break and the vultures will wait for other stronger scavengers to break it then they will scare them and when the animals run away they will be left with the carcass to feed on.

Vultures can feed on fresh meat and can also feed on rotten meat which other animals may die out of feeding on them.  Their body is made in such a way that the stomach acid in it can fight the bacteria in this meat that would otherwise kill other scavengers or animals.

Vultures are able to smell the gas of a dying animal and you will find them surrounding it waiting for it to die.  Sometimes when there is scarcity of food, vultures will attack and kill these sick and almost dead animals.  They will also attack and kill the wounded ones.

Vultures have a very high appetite.  Once they set to eat a carcass, they feed on everything including the feathers if it has some, the skin and some will even feed on the bones, cleaning up everything.

Vultures are very wise animals.  They know that no animal can stand its vomited food.  When a predator comes around it, it vomits or regurgitates and distracts it.  In so doing it gets time to fly away. It also regurgitates or vomits around its nest as a way of self-defense.

A vulture will have one mate in one year with who they will mate.  After mating they will build a nest with leaves and sticks.  It is in this nest that the female will lay an egg. The egg is usually big.  Both the female and the male will incubate the egg for around 50 days. Then a young vulture will be hatched.  This young vulture is dark in color and the feathers have light brown streaks.  The young vulture is fed by the parents for around 120 and 130 days.  It is now old enough to look for its’ own food.

The young vulture will become sexually mature after the age of 5 and 7 years.

How long does Vulture live?

A vulture can live for between 15 and 20 years in the wild.  This lifespan can extend to around 30 years if in captivity.  This is because in captivity the foods they are fed with are inspected and found to be free from lead and other poisonous things.  They are also protected from their predators and from human beings.

Where do Vultures live?

In cold weather the vultures will bury their head inside their body and the strong feathers will keep it warm.  In the warm and hot weather the vultures have a cooling system in which they urinate on their feet and as a result cool the whole body. The urine is also used to kill all the bacteria they may have picked from the carcasses. 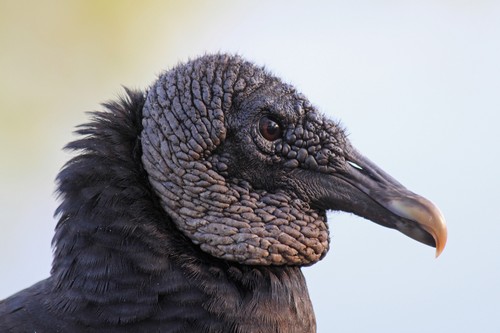 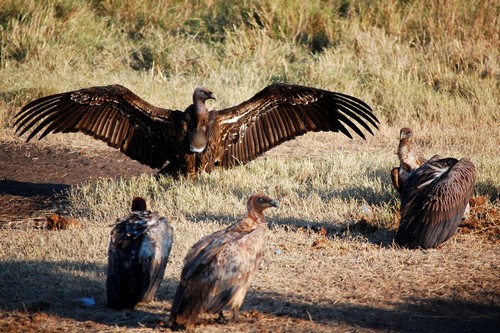 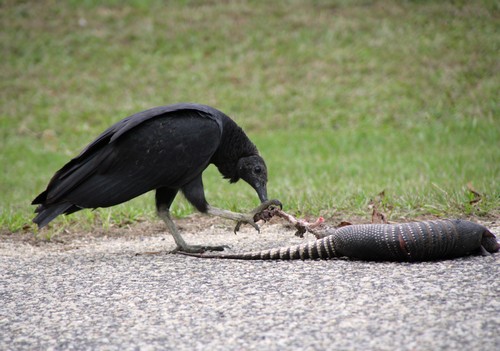 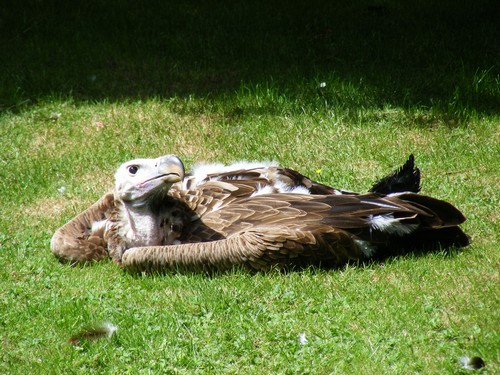 The population of the vultures has been observed to decrease tremendously. The main reason being eating poison from the carcasses they feed on.  Even though the vultures have a stomach acid that can fight many harmful bacteria, this acid cannot protect them from lead and poison found in the meat of these dead animals.  Most of the dead animals are killed using poisoned arrows and lead. The vultures have no way of detecting the poison or lead and will consume every dead animal they come across.  If they eat one with the poison or lead they die thus, their population decrease.

Vultures also take a long time to be sexually mature, that is, between 5 and 7 years and they only lay one egg at a time meaning the increase in population is very low.  If a hundred vultures are killed in a year, it will take a very long time to replace them. 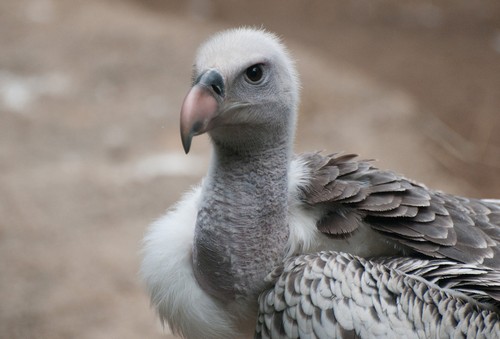 After the government of all the countries where they are found discover that the vultures had greatly decreased, they decided to put the remaining ones in captivity.  They have also decided to sensitize the people on the importance of the vultures to the environment.  An International Vultures Awareness Day has been set aside where people are taught of the importance of vultures. Most people have a very negative attitude towards the vultures based on their first impression and as I told you earlier, it is hard work to change the first opinion people get on something, but the government is ready to incur any cost in changing this attitude. The government has also forbidden use of poisoned arrow or lead to kill other animals.

Vultures are one of the most important creatures in this world. I have come across a dead dog and I know you too have experienced the same. After two, three or more days you cannot dare go near the place where the dead animal is because of the unbearable smell that comes from it. If you cannot avoid that route, then am sure you will run holding your breath so that you do not breathe the air around that area. It smells bad.  Animals die every day and were it not for these vultures, you would find them scattered everywhere and the environment would be unbearable. 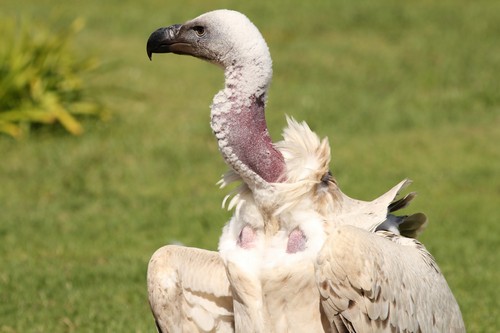 When an animal dies, its flesh produces bacteria which are very harmful to the health of both the people and the animals. Vultures do eat all the flesh, the skin and some will also eat bones leaving the environment clean and free from all bacteria.  Without vultures, people and animals population would also decrease because they will die out of the bacteria from the dead animals.  Vultures will not transport the bacteria from these dead animals because they do urinate on their feet and their urine kills all bacteria. What would we do without the vultures? How would we live? I know these are the questions lingering in your mind. The answer is, to treasure this wonderful gift called the vulture and protect it by all means.

Vultures have a very strong sense of smell. Most governments are using the vultures to look for bodies of people who have died in their hiding as criminals.  The government is also using these vulture to locate leaking gas because the vultures will surround that area thinking it could be a dead body.