You will agree with me that the sight of vinegaroon is scary.  The first thing that crosses your mind is how painful its bite can be.  The sight of its large, strong, ready to attack pedipalps can make you want to kill it before it attacks you or your children. You are not alone most people have killed them and I believe that their behavior of hiding during the day and coming out at night when it’s dark and everyone is asleep has saved them very much otherwise they would all be dead by now.

These creatures are very useful especially to human beings.  You will discover as you read on.  They are not known to attack human beings unless when roughly handled.

Their name comes from vinegar smelling-like acid they normally spray their predators.  They also spray it in the eyes of their prey so that they can catch them easily.  I caution you not to hold them cross to your eye or even watch them closely because the acidic spray maybe harmful to your eyes.  Children should also be cautioned against watching vinegaroon closely because they can spray the acid in their eyes. They can also bite children as they try to defend themselves when roughly handled.

Vinegaroon vary in size.  Some are smaller than others depending on their species. They range in height from 25 mm to 85 mm, that is, from the head to the abdomen.  This length can increase if the size of the whip-like tail is included.  Most of them are either brown or black in color.  Vinegaroon have eight legs.  They use six of these legs to walk.  The other two front legs are used as antennae and as sensory organs.

The heaviest vinegaroon weighs about 12.4 grams. Vinegaroon have a physical resemblance to that of a scorpion but are not scorpions.  For example they have a large and strong scorpion like pedipalps.   These pedipalps are found next to its front legs.  They use these pedipalps as part of their mouth in eating their prey and for digging burrows and holes underground.  They also use these pedipalps to attack and bite their predator. Vinegaroons have eight eyes.  They have a pair of eyes between the head and the thorax.  They also have other three pairs of eyes on each side of the head.

Vinegaroon have glands located under the tail, on the rear of the abdomen which they use to spray a combination of two acids, acetic and caprylic.  They use this acid to spray to anyone who bothers them including human beings.  This acidic spray has a smell which resembles that of vinegar.  Vinegaroon has a whip like long tail.

Despite having all these eyes, vinegaroons have very poor vision.  They use the whip-like tail and the two front legs as sensory organ.  With all these sensory organs they are able to sense their prey, their predators and the places they want to go.

Vinegaroons are mostly found in tropical and subtropical areas.  They are found in deserts and scrublands.  They like living in humid, dark places.  They do dig holes under the ground using their pedipalps.  They take their prey inside the holes and feed on them.  You will also find them under rocks, under logs, inside rotting woods and in many other debris.  They do avoid light and you will never miss them in dark places.

What does Vinegaroon eats

Vinegaroons are carnivorous creatures.  They feed on insects, millipedes and scorpions.  They also eat worms and slugs.  They feed on cockroaches and crickets.  Vinegaroons are also known to feed on young vertebrates.  They hide during the day and come out during the night when most of their prey are asleep and therefore are able to locate their prey using their sensory organs.  They catch them and hide them in the burrows they have dug with their pedipalps.  They spray the eyes of their prey with the acid.  The blind prey is not able to run away and thereby it is caught by the vinegaroon and becomes its meal for that day or for days to come.

Like all other animals, vinegaroons go through a courtship ritual.  The male will go round in search of a suitable female to mate with.  Once it locates this suitable female, the male moves slowly closer to the female timing to hold the tip of its front leg.  The female will not give in so easily because it also wants to see the seriousness of the male who wants to be its mate.  This game will continue until such a time when the male is able to hold the tip of the front leg of the female.  The male then deposits spermatophore, which is a united mass of sperm, on the ground.  The female then picks the spermatophore from the ground using its genitals.  The male then helps to push the spermatophore inside the female’s’ genitals using its pedipalps. The sperms will then fertilize the eggs inside the female’s’ body.

After a few months the female buries herself inside a big burrow.  She then extrudes about 40 eggs which are inside a membrane broodsac.  This broodsac maintains moisture and it remains attached to the female’s’ genitals.  The female holds her genitals in an upward position so that the broodsac does not touch the ground.  While in this position the female cannot eat.  She remains in this position for the next few months until the eggs develop and hatch into young vinegaroons.

The young ones climb into the back of the female and are attached to her back by a certain fluid.  They stay in this position until they are old enough to look for their own food.  The female mother is usually very exhausted and after this period it lives for only two years and then dies.  The male does not care for the young ones. After it pushes the sperms inside the female’s’ genitals using it pedipalps, it leaves the rest of the work to the female.

I don’t know whether your kitchen has ever been invaded by these most annoying insects called cockroaches.  Worst still you tried to get rid of them using all the insecticides available in the market to no success. I have.  I know how it feels.  You cannot keep tomatoes and other fresh spices, anywhere because the cockroaches will eat them.  Most insecticides will kill some cockroaches but not all and these insects multiply by the day.  You will find their young ones or worse still, thousands of their eggs on and under every wooden item in the house and on couches.

Vinegaroons are a sure answer to your problem.  They may have a scary appearance but these creatures will feed on the cockroaches and within a few days you will not have a trace of even their eggs. Crickets do produce a very annoying sound especially at night and the funniest thing about crickets is that you will not easily see them.  They know how to hide.  Vinegaroons will go round every area of your house and using their sensory organs will locate and feed on all crickets in your house.  Most people keep vinegaroons as pets in the house just for the reason of keeping cockroaches and crickets out of their house.  If you have never had an experience with cockroaches and crickets in your house, pray that you don’t, it is not a good one. 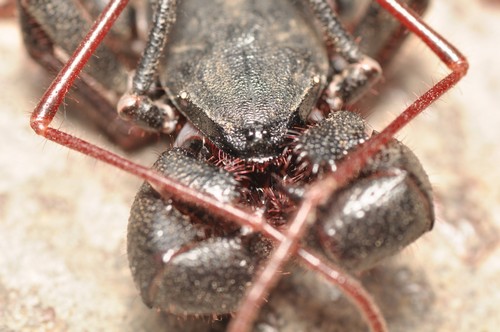 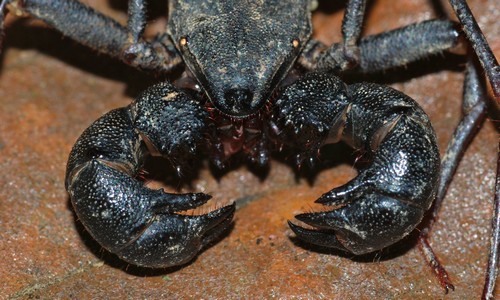 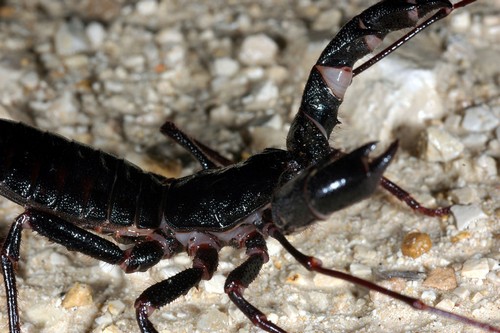 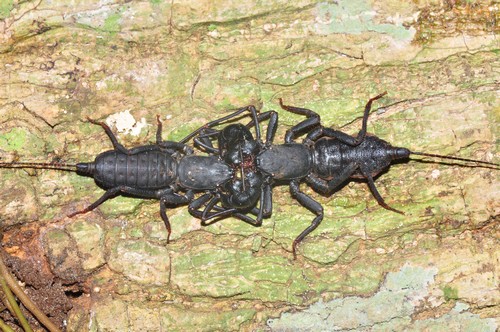 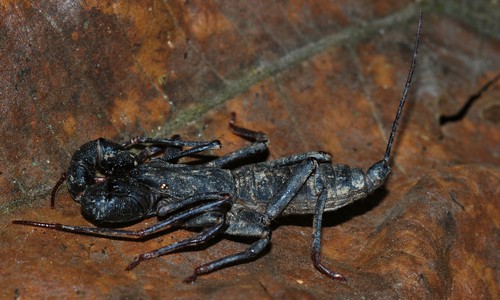 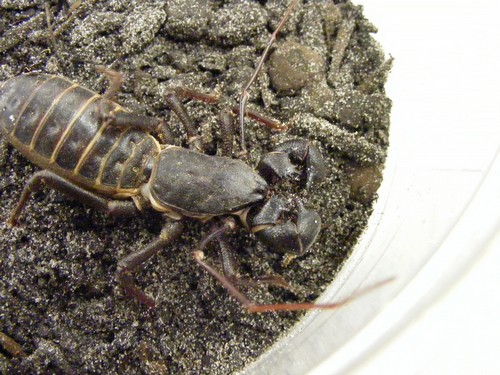 How long does Vinegaroon live?

Vinegaroons which are under captivity live for approximately 6 years.  It is not easy to know how long those in the wild live because some are killed by their predators and others by human beings.

Human beings have been vinegaroons greatest threat.  This is because they do not know that vinegaroons cannot attack them or their children unless first attacked.  They therefore have been killing them whenever they see them especially close to their homes.  Some go to the extents of following the vinegaroons to their hiding places and killing them. 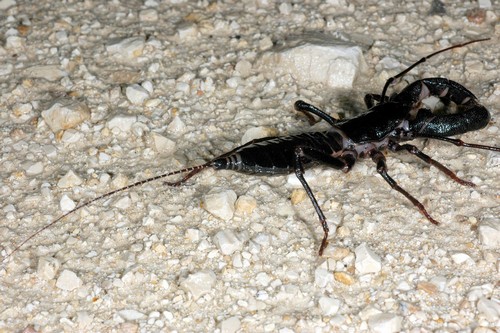 As the human population increases there is always need for more room for expansion.  For this reason forests have been cleared.  Homes and infrastructure have been built.  In the process of all these activities vinegaroons habitat has been destroyed.  Female vinegaroons who are in the process of bringing forth the young ones and have buried themselves in the burrows are killed.  Their prey is destroyed also such that even the vinegaroons who survive die from hunger.