Have you ever posed to think about the names we give others or just to be more precise, the names our loving parents gave us?  For instance, does your name describe you in any way? How about the names given to various animals? Do they describe their appearance or behavior?  I think I would rather spare you from the answers to the first two questions.  Most names given to the animals somehow describe their behavior, character or appearance.  Some names are in the native language of the people who first named them, so it may be difficult to know the meaning unless you have a translator.

Just as the name suggests, two-toed sloth are the slowest mammals in the face of the world.  I know most of us love visiting forests especially those who can access the tropical rainforest just to experience the fresh air, the cool climate and to learn about the different vegetation, trees, and animals.  That’s fine, but be careful! Not all hanging, motionless, algae covered objects are safe to touch.  Some could be two-toed sloth and in its defense can tear your flesh with its long sharp claws.  It can also bite you and make you regret why you made a trip to the forest.

Two-toed sloth’s body is covered with hair probably to keep it warm.  It has four legs and two prominent claws on its front legs. The hind legs have three toes and they are strong enough to hold the sloth on the tree but are too weak to move.  The sloth is assisted to move by the front strong legs.  The two-toed sloths have two strong eyes which assist them to look for food during the night.  It is also important to note that although two-toed sloth spends most of its time sleeping, it is a great swimmer.  Very few animals can beat it when it comes to swimming.

You will find many two-toed sloths in habitats especially in the Central and North America.  They live in tropical rainforest where there is plenty of rainfall and a warm temperature.  The hair on the belly of a two-toed sloth curves to the back.  This is an indication that it is used to a climate where there is the presence of heavy rainfall.  The rain falls on its belly, and the hair which is curved to the back will enable water to flow to the ground, and the two-toed sloth is left to dry easily.  The two-toed sloth lives on trees.  It hangs upside down on a strong branch of a tree.

The diet of the two-toed is mainly found where they are. The two-toed sloth is said to be herbivorous always feeding on the tree buds, leaves and fruits of the Cecropia tree and new shoots. However, some of the two-toed will also feed on birds, insects and small reptiles. Sloths find up to 90 percent of their body water from the juicy fruits they feed on. While hunting for their prey, sloths have an ability to extend their tongues up to 12 inches away from their mouth. And since they spend all their lives hanging on trees, their diet is unique from all the other animals in the jungle. Sloths have four-part stomach. However, digestion is so slow that it takes a period of up to one month. The fact that they feed on tough leaves, which are not that nutritious, can be the reason why these animals are slow and lack of adequate energy required for efficient movement. Due to the slow digestion system, two-toed only poop once in a week.

You may wonder how the ever hanging upside down animal, so slow and spends almost all the entire hours sleeping, enter into an intimate relationship, courtship and mates to produce off springs.  I know you are wondering how the two-toed sloth moves and how long it takes to go to its mate.

Nature has a way of giving a solution to such problems. Two-toed sloth is naturally a solitary animal and only come together during the mating season.  When the female is on heat it emits high-pitched calls just to alert the male of its intention.  The males in the vicinity move towards the screaming female.  It is a first come first served basis.  If two males reach the place where the female is at the same time, they do fight until one gives way to the other.  Mating takes place toward the end of the rainy season when there is plenty of food.

Just like all other animals mating and breeding is determined by the presence of abundant food.  After mating the male goes back to where it had come from.  Everything else is left to the female including the bringing up the offspring.

The gestation period is about a year after which the female gives birth to a young two-toed sloth.  The young two-toed sloth has claws at birth with which it uses to hold itself on the belly of the mother.  The mother carries the young one on its belly for three weeks.  The mother will continue nursing the young one and carrying it on her back for up to between six and eight months.  The two-toed young sloth will remain in the same area with the mother even after it is old enough to leave on its own. 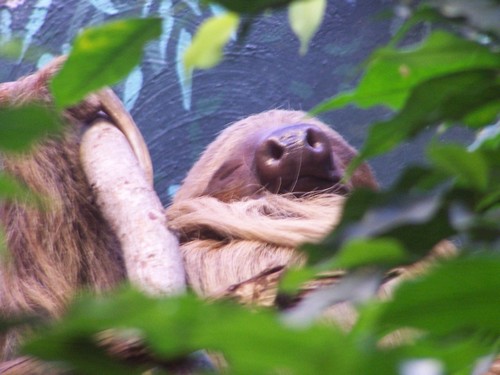 As the population of human beings increases, there is always need for expansion.  People cut down trees to get room to build infrastructure and home.  They also cut down the tree and clear vegetation so that they can get land for agriculture.  In so doing they haven’t realized that they are destroying the habitat of the two-toed sloth.  The insects and the leaves the two-toed sloth feed on are destroyed.  The two-toed sloths are used to hanging on trees and when the trees are cut they have to stay on the ground, a life they are not used to.  They also take a long time to move to the area where other trees are found.  Most of them have died as a result.  Their predators can get them and kill them easily when they are on the ground. 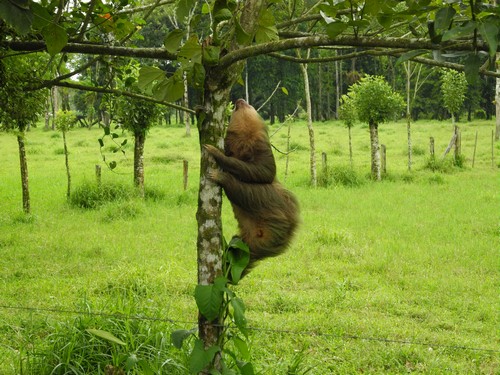 The government of the countries where these two-toed sloth are found, learned that if nothing will be done the two-toed sloth would soon be wiped out from the earth.  They captured the ones they could find, and took them to the captivity. The ones in the captivity are well cared for and are secure. The governments of the countries where two-toed sloth are found are still educating the people on the importance of caring for these animals.  They have also asked the people that if they see other wild animals affected by the process of cutting down trees, they should report to the wild reserve so that those wild animals can be captured and taken to captivity. 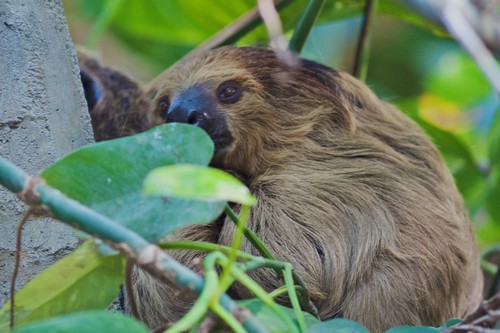 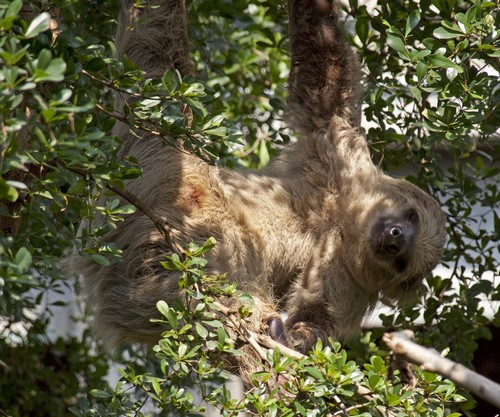 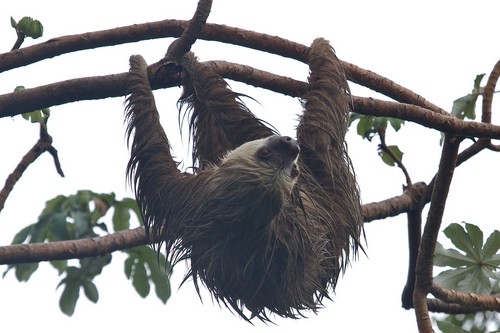 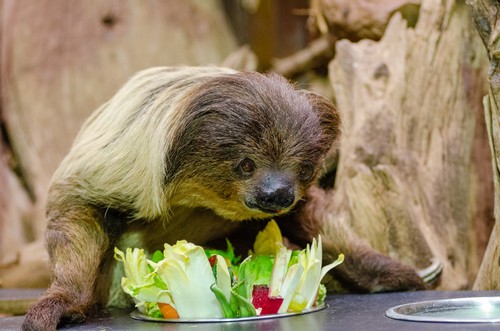 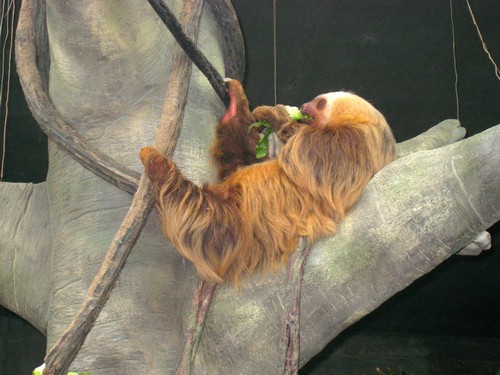 I know you already have an urge to see the two-toed sloth.  Most people will travel far and wide to come and see the two-toed sloth.  They want to see it hanging for days upside down on trees.  They also want to see the long claws.  The economy of the country where these visitors go does not remain the same.  They have to pay money to see these animals.  The visitors will buy goods from the local people thus boosting the economically.  The local people will get employment from the hotels where these visitors will spend their time while in the country.  ALL this is a clear indication that preserving the life of two-toed sloth is beneficial both to the local people and to the country as a whole.