Today we discuss the interesting facts about the tree kangaroo. But will it really make much sense discussing this animal without discussing its family and its most closely related organisms? Not really. So then, before going into details about the interesting facts about this animal, we should first of all consider its type, and that is the special group of animals known as marsupials.

Kangaroos belong to a group of organisms known as marsupials. These organisms are of great interests to researchers and lovers of animals. In fact, you should read earlier articles on marsupials if you have not done so already. Generally, marsupial have abdominal pouches where they keep their babies as well as a number of other interesting features. Now, we come back to the tree kangaroos. There are many animals currently classified as marsupials and but none are more popular than kangaroos.

This marsupial has a lot of interesting facts; hence, it is unreasonable to waste the bulk of our time discussing its basic features. However, we will have a brief description of some of the basics. We shall now begin with its physical features.

The tree kangaroo is actually a normal kangaroo. There isn’t any big difference between this kind of kangaroo to other kangaroo species except in just a few physical and behavioral aspects.

The tree kangaroo has the appearance of a huge rabbit. It has a relatively small head, stout body and a thick furry coat. It has a pair of thick brown ears which are about 3 to 5 inches long. Although they are mostly brown in color, many of the actually have a white or cream coloration under while their backs remain light or thick brown. Naturally awkward, and even clumsy when moving on the ground, they are expects in trees. That is exactly how they got their name.

Talking about size, the average tree kangaroo weighs 14 kilograms or thereabout while maintaining a length of 14 to 35 inches. One type of tree kangaroo, the one known as Lumholtz, holds the record for the smallest of tree kangaroos in the world.

Tree kangaroos just like the rest of them are native to Australia; a land many researchers believe to be the land of marsupials. But that will not be their only home. They have been spotted in tropical forests in New Guinea as well as a number of close islands.

They have adapted to living high in trees and moving swiftly since they are constantly under the threat of being hunted by poachers. They have paws designed to help them hold strongly to the many tree branches that dominate the dense forest they live in. For tree kangaroos of Australia, they  derived great pleasure from parading tree branches all day even as they try to hunt down unwary smaller birds.

So far so good, we have had more than enough of the basic facts about tree kangaroos. Read on to get in tune with the interesting facts about this animal that makes it worth discussing.

Fact #2: They Are Dare Devils

They may not be able to execute the beautiful stunts like ones the American bald eagles execute in mid air, but they are arboreal kings in their own right. They may be lazy and clumsy when it comes to locomotion on bare grounds. However, they are incredibly fast, acrobatic and can hop swiftly on tree tops. Despite appearing quite obese for their sizes, they manage to jump tens of feet in the air from tree branch to tree branch. Watch out dear monkeys! You have worthy opponents now. 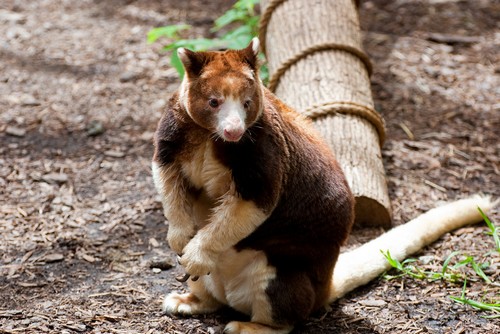 A form of nervous coordination exists between the fingers of virtually all mammals. This means that when one finger moves, the rest tend to follow, or even follow it. The story is not the same for tree kangaroos. Each hand has a number of fingers which can move on their own; the implication being that they can hold on to tree branches better than the average mammal in that category.

Kangaroos don’t walk. They hop around. It is the same for all macropods except for the tree kangaroos. Of all macropods in existence, it’s only them that have the special ability to walk on their two hind legs just as humans would do. This one sets them apart from all other kangaroos and makes them stand tall, proud and unique in the macropod kingdom. In a way, they now rank alongside humans and apes as the few living creatures that can walk independently on their hind limbs. 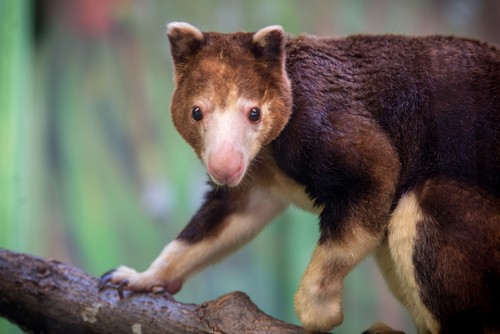 Fact #6: They Are Great at Leaping

All kangaroos leap a great deal and the tree kangaroo refuses to be an exception to such beauty. What their relatives are doing on ground, they are doing on tree tops. Under close observation, they have been known to jump 30 feet from one tree branch to another either in pursuit of something or in an attempt to escape from a prey. When desperate, tree kangaroos leap distance of over 60 feet from tree to the ground to escape a predicament.

Fact #7: They Are the Largest Tree Dwellers in Australia

Australia may not have been blessed with the majestic presence of tree pythons or the mighty apes of tropical Africa which adorn the higher echelons of rain forests. However, they have an equally impressive member of their arboreal fauna, and that is the tree kangaroo. But compared to the bigger tree dwellers of tropical Africa, the tree kangaroo is a gentler animal. 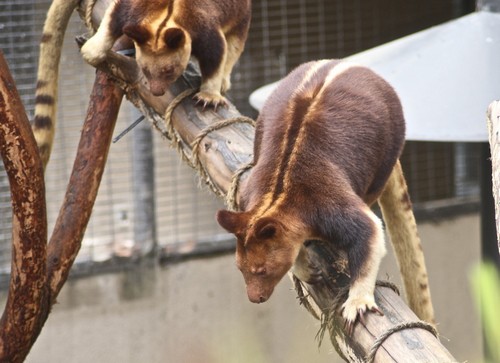 Fact #8: They Live Quite Long

Fact #9: They Are Omnivores

Fact #10: They Don’t Socialize
One would expect animals as agile as tree kangaroos to be very social and playful but this is just not the case. Perhaps they believe that friendship is best when practiced on the ground and not treetops; but then, monkeys are doing it. Whatever the reason may be, they lead a solitary life; coming together only during mating seasons. 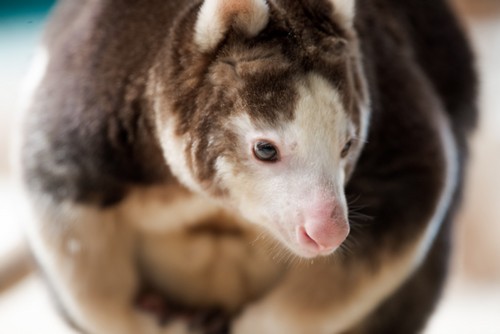 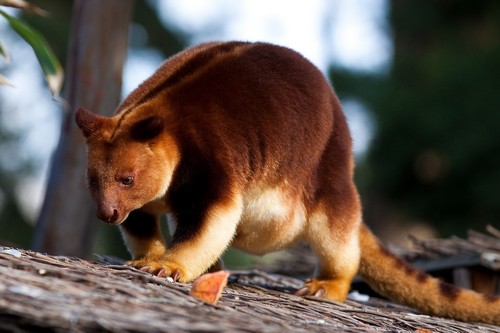 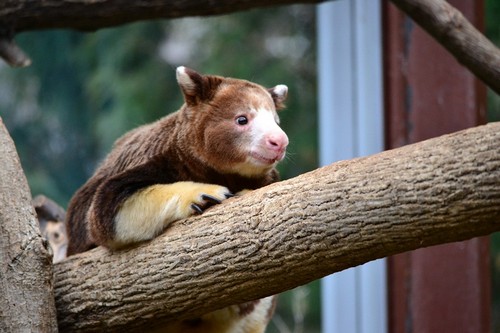 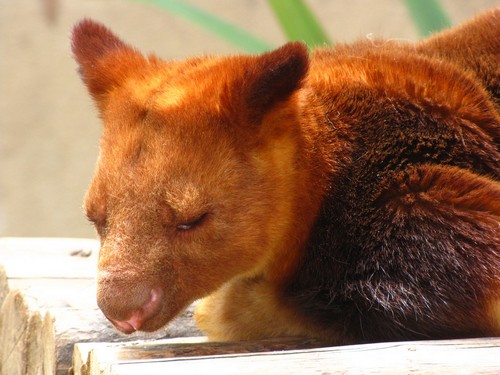 I want to believe that you have been impressed with the few facts you have read about the tree kangaroo. And if you need more information, watching related videos on Youtube and following them up on National Geographic will be a good idea. However, the tree kangaroos need your help. They have been listed among the critically endangered species. What this means is that they are at the risk of being complete extermination if nothing is done about them.

Particular attention needs be paid to the Wondiwoi tree-kangaroo as well as the Golden-mantled tree-kangaroo if they must survive the next century. The reason for this decline in tree kangaroo population is not far-fetched. Every day, humans kill these animals in one way or the other. It is either they are being run over by cars or attacked by bigger dogs. Additionally, their natural habitat is gradually but seriously getting depleted as a result of urbanization and desertification. For every tree that goes down in Australia without being replaced, it is almost certain that a number of tree kangaroos will pay for it with their lives.