Stink bugs are insects which are classified under the family Pentatomidae. They are oval shaped insects, which produce a foul smelling chemical in glands on their abdomen. These odd looking insects can be seen occasionally around living areas, and are major pests of many crops, such as legumes and cereals, and they feed on both cultivated and uncultivated crops. The name stink bug is derived from the chemical which they produced, which is believed to be used to fend off predators. There are a lot of stink bug species, but they possess similar physical characteristics.

Stink bugs species possess a wide range of colors, and you could find bugs ranging from inky black to green.  A majority however take on the brownish appearance, with some bugs possessing very intense markings on their bodies.

Their sizes vary as well from one specie to the next, with sizes ranging from 1/3 inches to about 3/4 inches long. They possess a very tough shield like outer shell, which protects the bug from external harm. Some species have rounded outer shells while others could look more triangular, with a smaller hard piece of shell called scutella on top of its back. Due to the nature of their diet, they have piercing and sucking mouthparts, which they use to feed on legumes and cereals, sucking the juice out of them. Some species of stink bugs also feed on other small insects, biting through them and sucking their body fluids.

The stink bug has scent glands positioned on its thorax, and when they are threatened or picked up, they would normally release these chemicals which give off a foul stench. According to studies, the chemicals are derived from cyanide compounds, and easily wards off predators.

With the help of two antennas divided into five segments each, stink bugs feel around their environment and gather information. Most species of stink bugs have color bands separating the segments in their antennas. They also have six legs and two pairs of wings which overlap each other. While the tips of each wing is hardened, the tips are transparent and thin.

Stink bugs generally feed on plants. The younger ones will feed on grasses, but as they mature into adults, they will often migrate into orchards and fields, where their diet changes to fruits and legumes. When they feed on fruits such as apples, they pierce the skin of the fruit, and in the process of eating, inject a small amount of saliva into the fruit. The saliva injected is toxic to the cells of the fruit and it damages the fruit, leaving it with a scar. This method of feeding also allows other insects to enter the fruit, and by this, spread diseases in plants. In most cases the signs of stink bug damage makes the plant unsuitable for sale in the market as the insides are usually rotten. Stink bugs can become a serious pest in gardens and orchids.

The stink bug’s mating season occurs mainly during springtime. There are two ways used by stink bugs to attract potential mates. The males and females rub their legs or wings against their bodies, thereby producing a noise similar to a cricket’s chirping, which attracts nearby stink bugs. These low frequency signals are used to locate and recognize each other. Both male and female stink bugs can also release pheromones into their environment, which is not the same odor used to ward off predators. Stink bugs are very mobile, and they can easily move from one host to the other, without any changes or disruptions in its reproductive process.

It takes about 5 days from the time of mating, for a female to start laying her eggs. Females are able to lay eggs after a month of reaching adulthood. The eggs are laid in clusters of between 20-30 eggs and are deposited in organized rows under leaves. The color of the eggs and the number of eggs laid depends on the specie of stink bug. Eggs begin to hatch within five days, and eggs in each row will hatch within an hour of each other. The hatchlings, which are called nymphs, have a similar appearance to adult stink bugs, but are smaller and their wings are not developed. They often shed their exoskeleton in stages to make room for more growth. At the fifth shedding of their exoskeleton, the wings would have fully developed. Each of the stages of developments lasts about a week, and nymphs can reach adulthood in about five weeks.

Stink bugs are not poisonous to humans or animals, but they can be harmful to crops. The chemical which is released from their thorax has a smell that can last for hours, and if the chemical gets into the eyes it can really sting. The bugs seldom bite, but when threatened, they can give itchy but non- poisonous bites, which disappears after a couple of days. For pets, the secretion could cause pets such as dogs and cats to drool or vomit, but this passes after a few days as well.

Stink bugs are active in warm conditions and during spring, but when the winter comes, they live under stones, covers and inside crevices. When their eggs hatch into nymphs, they migrate into orchards and gardens where there will be an abundance of food.  Often times, stink bugs begin to seek for sites to hibernate in during the winter, in late summer if they find comfortable holes, they gather and move in.

Stink bugs unlike other insects are not solitary, they like to be together. When they find a comfortable crevice where they can stay warm during the summer, they send out pheromones which attracts other bugs. They like to lay their eggs in a very orderly manner, and lay their eggs in patterns on the undersides of leaves.

Fortunately for stink bugs, they are not eaten by fish. If they are floating on ponds and get swallowed by fish, they are almost instantly spit out, although they are feasted on by spiders, beetles, praying mantises, and some birds.

Stink bugs are attracted to the color yellow, and if you have something bright and yellow in your yard or garden, it will definitely increase the chances of stink bugs moving in. These sturdy insects are very resilient and can survive the harshest weather. Their lifespan has not been determined exactly, but stink bugs are known to live for several years. 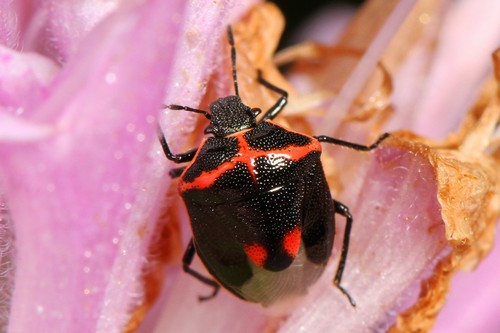 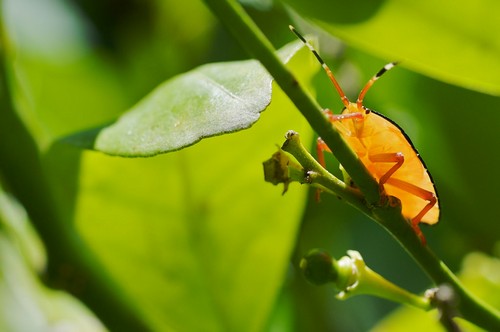 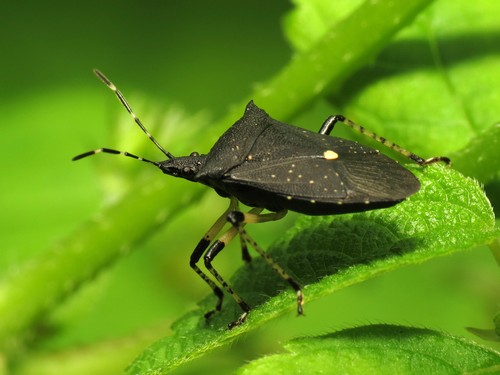 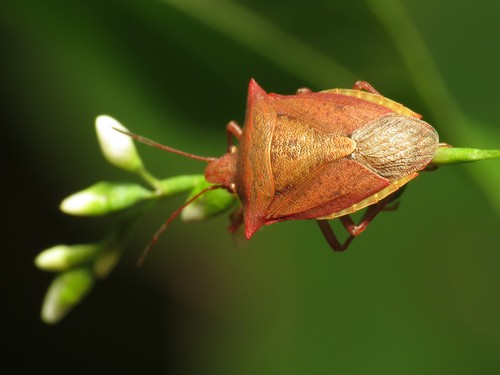 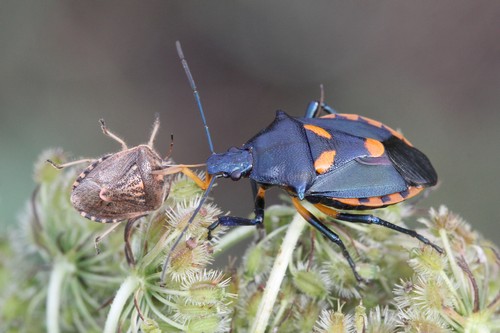 The main predators of stink bugs are birds and bats. Because of the reducing number of their prime predators near human society and with the stink bugs ability to reproduce fast, Stink bug numbers are increasing through time. Stink bugs can be seen in almost all corners of the world where there are some green plants to feed on. Humans are the main predators these bugs have, and humans use a number of methods to reduce their population around living areas.

These are many reasons why many people hate stink bugs. Farmers consider them as enemies because of the potential threat they pose on agricultural crops. Households want them out of their homes because of the nasty smell they make. In countries such as Mexico, stink bugs are a delicacy and are killed for food. 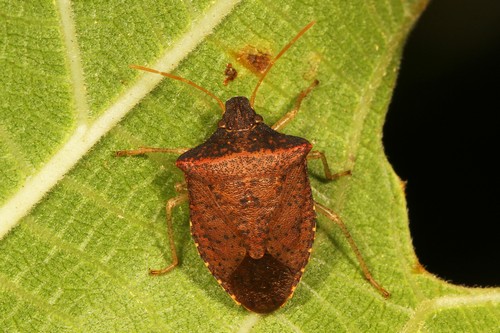 At the moment, there are no permanent ways of controlling the stink bug populations in residential areas and farms. The use of insecticides has a short term effect on the bugs, and with time they tend to develop a resistance to the insecticides. Even in cases where the insecticide is effective, stink bugs reproduce very fast and repopulation could take place through migration from areas that were not treated.

Also, some insecticides might be harmful to farm crops and plants, causing more harm than good for the home owners and farmers. Some of the methods that could be used in the control of these bugs include: 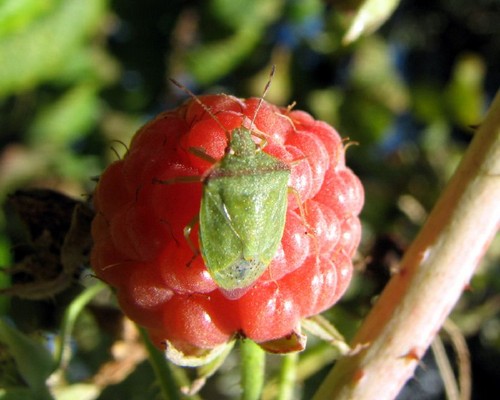