Today we discuss the interesting facts about the snow leopard. Perhaps, you already know about the regular leopard which is on its own one of the world’s greatest climbers in the cat family. What you may not yet know is that there is a special type of leopard called the snow leopard. Very certainly, it will be difficult to discuss this beautiful animal without discussing its family.  Therefore, before going into details about the interesting facts of this animal, let’s get to consider the family and close cousins known as Felidae.

Amidst the five total species within the Panthera, following four are the only cats with the rare ability to roar. In ascending order of their maximum potential size, these four species are: leopards, jaguars, lions and tigers. Snow Leopard has a long body,  relatively short legs and  with a large skull compared to other members of Felidae, they look quite similar with the jaguar having fur marked with rosettes similar to that of jaguar. However, it has smaller, lighter physique. Leopard possess well-camouflaged fur, opportunistic behavior, broad diet and strength. It also has the ability to adapt to many habitats ranging from steppe to rainforest, including montane areas and arid, and its ability to run at speeds of up to 58 kms per hour (36 mph).

With few of this basics features mentioned, I think we should get to know some of the numerous interesting facts about snow leopards, for time is of the essence.

We will discuss the physical features of snow leopard, to start, Snow leopard is part of the Panthera lineage, one of the eight lineages of Felidae and there isn’t a big difference between it and other member of the lineage except in habitat, adaptative features and other behavioral aspects.

Snow leopard otherwise called ounce is a large cat belonging to the mountain ranges of Central and South Asia and is slightly smaller than the other big cats, generally weighing between 27 and 55 kg (60 and 121 lb) with some large male weighing up to 75 kg (165 lb).

It has similar appearance with jaguar with long, thick fur, and their base color varies from yellowish tan to smoky gray, and white underparts. It also has dark grey to black rosettes on their bodies, with small spots of same color on its head. There are larger spots on it head legs and tails with pale green eyes.

Snow leopard lives in various habitats ranging from rainforest to steppe, including arid and montane areas. In summer, snow leopard lives above the tree line (the edge of the habitat at which trees are capable of growing) on mountainous pastures and in rocky regions at altitudes as high as 2,700 to 6,000 metres. In winter, it comes down to altitudes as low as 1,200 to 2,000 metres. It prefers broken, rocky terrain and can travel without difficulty in snow.

Ecology and Behavior of  Snow Leopards

The Snow leopard is solitary except for females with cubs. They rear them in dens in the mountains for extended periods. Like other cats, Snow leopard uses scent marks to indicate common travel routes and its territory. This beautiful animal is also crepuscular, being active at dawn and dusk.

Having read the basics about this beautiful animal, let us now consider some of its really special features. And they are as follows:

Fact #1: They Have Quite a Name
Uncia uncial is the scientific name for Snow leopard and the occasional English name is Ounce.
Fact #2: A Combination of Beauty and Adaptation
The Snow leopard is known for its beautiful, thick marked fur. The markings help camouflage it from prey and it perfectly adapted to the cold and dry habitat in which it lives.
Fact #3: It is an Unrepentant Carnivore
The Snow leopard mainly hunts goats and wild sheep. It is also known to eat smaller animals like  hares , game birds and rodents. Owing to the nature of its habitat, this animal does not get to eat frequently as most of its preys have masterfully learnt to hide in its environment by possessing coloration that blends.

Fact #4: It wears snowshoes
The Snow leopard has very large paws that acts as snowshoes and keep them from sinking into the snow. The paws are completely covered with fur protecting them from snow.
Fact #5: Parental Care is Optional
A mother may find it hard to feed her cubs and in some cases, the cubs may die due to starvation. By the end of 2 years, the cubs are already old enough to leave their mothers and live independent lives.

Fact #6: Cubs mature early
Females normally give birth in a rocky den.  At three months, the young usually go along with their mother during hunting and remain with her through their first winter. Since this animal is not a fan of parental care, its cubs learn the essential skills they need for adult life during the short time they spend with their mothers. Basically, they learn how to hunt down preys, defend themselves from attack and lead an active life. 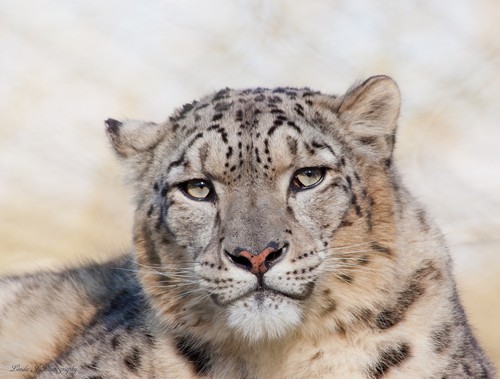 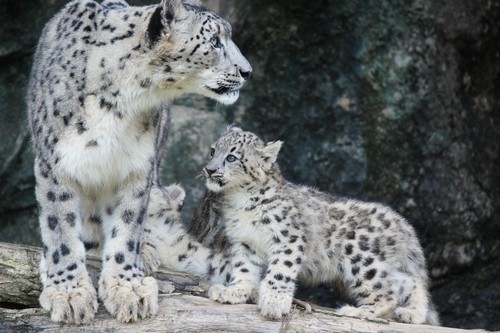 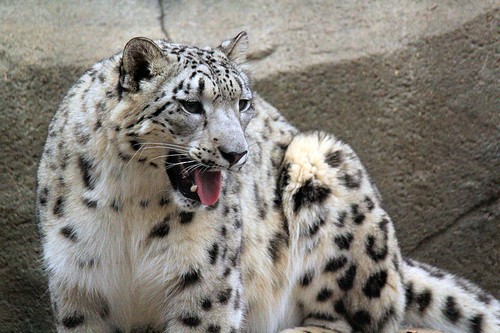 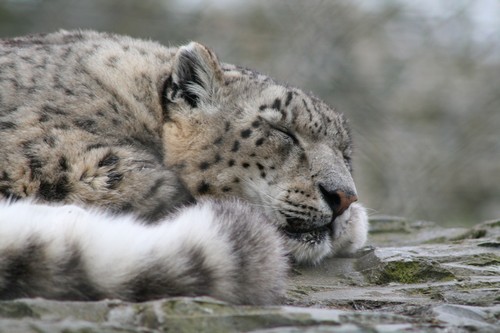 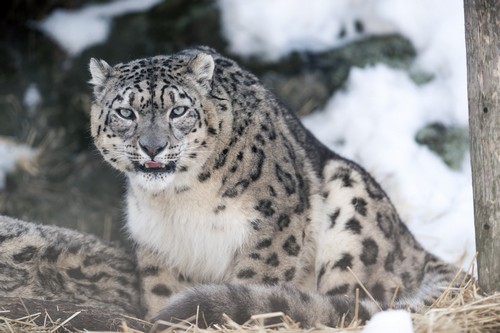 At ѕhоuldеr, they ѕtаnd more or less 2 meters tall!

Thе snow lеораrdѕ are generally not aggressive саtѕ but like any other creature, thеу mау оnlу аttасk to dеfеnd thеmѕеlvеѕ or their cubs when threatened. 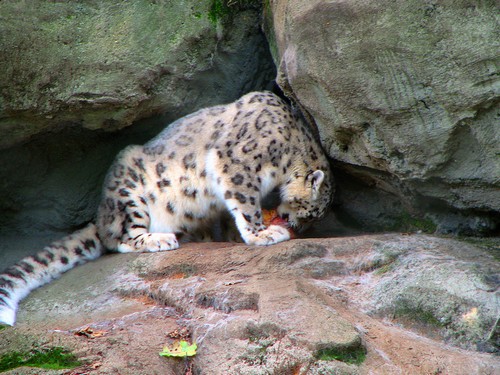 Whеn they ѕеnѕе humаn presence, thеу bесоmе nосturnаl аnіmаlѕ to avoid еnсоuntеrѕ with humаnѕ that may be a threat оr danger.

In areas where there is plenty of prey, thеу аrе сlоѕеlу расkеd wіthіn a near rаngе оf 30-65 km. 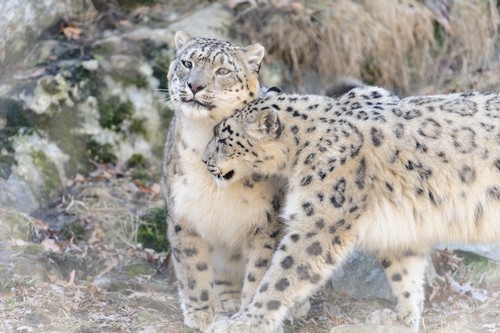 I believe thаt thіѕ article іѕ helpful and has taught you much about Snоw lеораrd. Jоіn the саmраіgn today tо save this аnіmаl whісh is at thе brink of extinction. Its habitat is gradually getting depleted as a result of global warming. Together with its unwillingness to aggressively attack intruders, it remains one of the world’s most delicate cats, and of great importance to zoologists.