Snakes are perhaps the most interesting reptiles on earth and as well, the most hated ones. Found almost everywhere in the world, snakes are not alien to humans, just as their most popular preys are not alien to their bellies.
Naturally one of the oldest animals on earth, and quite popular as referenced in the bible and a couple of other holy books, snakes parade an impressive resumé of jaw-dropping physical features, life patterns and behaviours.

To appreciate these reptiles even more, let us begin with their physical features. Subsequently we will cover other areas such as diet and reproduction before observing a list of their most impressive features.

Snakes are some of the easiest animals to identify. These intimidating reptiles are long, covered with smooth and sometimes shiny scales. They don’t have limbs for movement; however, they move by simply wriggling their bodies toward their destination. They vary in colour depending on specie and age. But one thing seems fairly constant. Snakes have different colouration on and below their bodies, the under being lighter compared to the top.

While some snakes are long and slender, some are long and fat. Some have beautiful colour patterns and some others have just one colour throughout, an example being the black mamba. As vertebrates, they have a long backbone that is flexible enough to allow them contort to incredible degrees.

It will be no surprise to wonder if snakes really have a habitat. They are found in virtually all kinds of abodes in area they reside.

With the exception of the few lands where they are not found such as the cold or even frozen lands of Antarctica, Ireland, Iceland, New Zealand and Greenland, snakes can be found in every other part of the world. Unlike animals like fishes which are obligate aquatic creatures or monkeys that are full time treetop dwellers, snakes maintain all conceivable habitats. Some snakes live in burrows and caves; some live on treetops, some on grasslands and a couple of them dwelling in marshes. They are not very good at building their homes; rather, they colonize the ones built by weaker animals.

Snakes are smart creatures. For instance, a snake’s behavior is usually in line with the demands of its environment and, of course, its abilities.

As cold blooded animals, they need a lot of sunlight. To this end, snakes, particularly the boa constrictor, sun themselves several hours a day. In fact, they spend so much time under the sunlight that some scientists have ranked them among the world’s laziest animals.

One in a while, they shed their old skin; a process called molting which occurs at least 3 times a year. This allows them to not only look younger and more beautiful, but to record more growth both in terms of length and girth. Most times, snakes are seen flicking their tongues. They do this to smell the air around them as they search for preys.

When it comes to diet, snakes have taste. They deal with meat only. Maybe they believe that creatures that have skill set of their caliber should not have any business with grasses.

Snakes hunt weaker animals typically small birds, rodents, lizards, termites and others. For bigger snakes like the reticulated python, boa constrictor and anaconda; rabbits, antelopes, sheep, pigs and deer can be considered. As regards hunting, snakes are masters of stealth. Even when they can outpace a prey, they don’t. Usually, the slither slowly and noiselessly towards the prey, sometimes making it believe that they are on a different course. Then at the least expected moment, they strike thunderously.

While boas and most snakes will attack the prey when it is on ground, some snakes, such as the cobra will elicit a false attack which will make the prey leap into the air. Unable to change course in midair, the snake dives at the prey which has fallen victim to the age-old ingenuity of snakes. This is mostly how they hunt frogs. After every meal, they retreat for days and sometimes weeks to give the food enough time to digest. Along with when they are shedding their skins, this is their most vulnerable period.

Life cycle varies from snake to snake. They all have one thing in common: their life cycles end with death after a usually long life of carnivorousness which sometimes involves cannibalism.

During mating season, most female snake species let out a special smell or sound which notifies the nearest male of her readiness to mate. Sometimes, the female attacks the male if it does not leave immediately after mating.

Days later, the female lays her eggs in the earth where they incubate till they hatch in maturity. Some snakes, however do not lay eggs. They give birth to their young ones alive! This does not make them mammals as they are cold blooded, have no external testes, and definitely have no mammary gland. Again, they do not provide parental care for their young ones. Pythons are the only known exceptions to this rule.

You have already gone through the basic facts about snakes, but get ready to discover even more fun facts. Ready? Let’s go.

They Don’t Have Eyelids

This makes them all the more scary. They, as well most birds have no eyelids. Instead, a membrane called nictitating membrane covers their eyes. Even this membrane looks like an eye, hence snakes look a though they are staring even when they are fast asleep.

They Swallow Their Preys Whole

Snakes don’t have teeth. They also don’t have the luxury of well-developed taste buds in their tongues. For these reasons they cannot enjoy the taste of the meat they ingest. On capturing and killing a prey, they simply swallow it whole and wait for it to digest. What is more impressive? Their jaws are so loosely attached to their skulls that they can manage to swallow preys three times bigger than their heads.

Venomous Snakes are Deadlier in Death

For most animals, death puts an end to all their aggression. Venomous snakes, however, do not agree with this. Research has shown that the head of a dead snake, even after being cut off can still bite. Not just will it bite, but with a venom many times more powerful than the one it had in life.

1 in 3 Venomous Snakes Have Lethal Venoms

Over 3000 species of snakes currently exist. Of this number, at least 725 have venoms but only 250 of these have venoms powerful enough to kill an adult human in a single bite. But you need not worry much about this fact. Nature has so configured it that snakes shy away from humans and the lethally venomous snakes do not have a great population and don’t live close enough to humans. 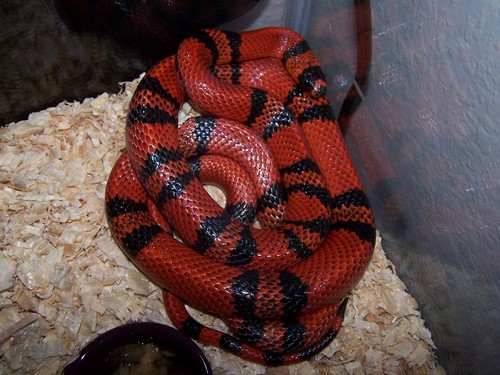 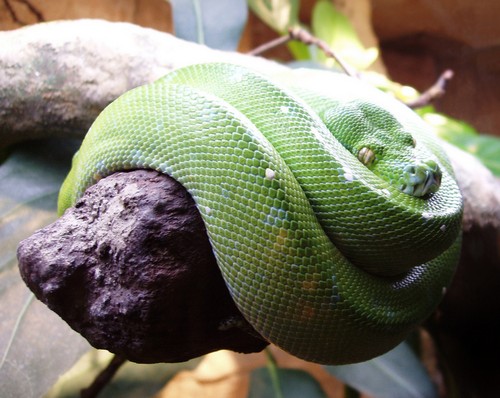 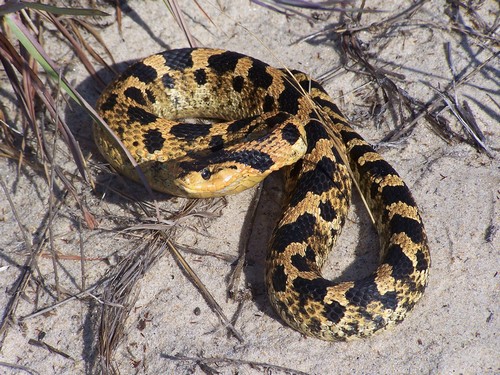 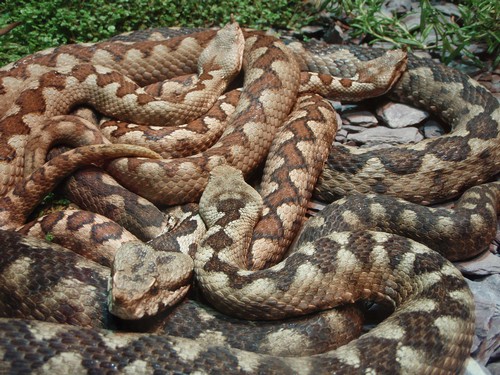 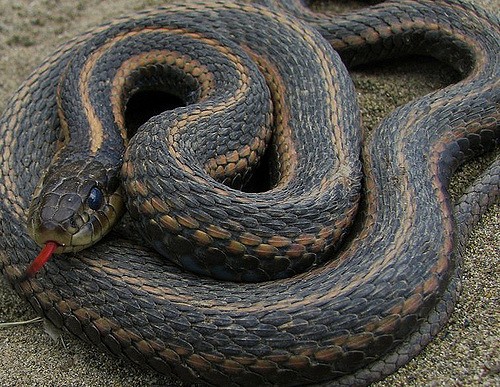 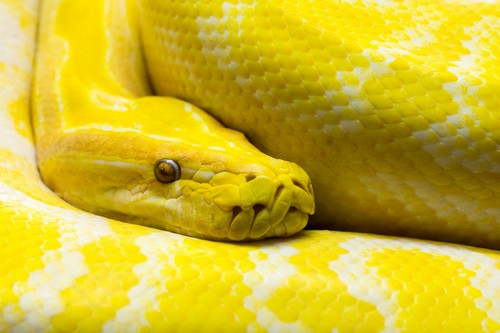 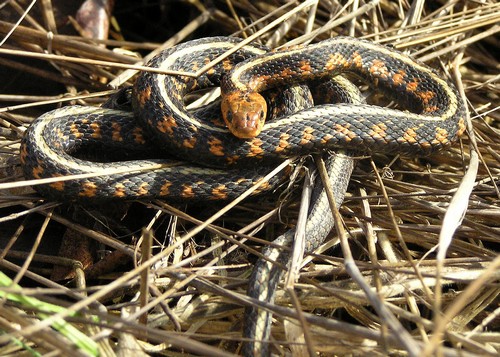 The Fear of Snakes is Called Ophidiophobia

Science has gathered that human, by default, have a special fear for snakes. This fear started a long time ago and only got worse with evolution. In fact, 33 percent of all humans on earth are afraid of snakes whether they are venomous or not.

The Mongoose is a Snake’s Worst Enemy

While most animals the size of the mongoose will do anything not to get in the way of snakes, it seems this animal loves to make trouble with snakes. From eating up their eggs to taunting and even killing them, mongooses are a nightmare to snakes. What gives them the confidence to battle snakes as intimidating as the king cobra is their impressive agility, sharp teeth, thick skin, and above all, immunity to snake venom.

The Brahminy Blind Snake Has NO Male Specie

Incredible as it sounds, the Brahminy blind snake otherwise known as the Flowerpot Snake is made up of female species only. They do not need males to reproduce as they can produce new offsprings in due season on their own. Little wonder they are the most widely distributed snakes on land.

We have two legs while they have none. We are homoeothermic and they are poikilothermic. The list continues but an interesting fact is that humans have 24 ribs while some snakes have as many as 400.

The Inland Taipan is the World’s Most Deadly Snake

It has the most potent venom as well as the greatest dosage of venom per bite. These ensure that its victims die quickly unless potent anti-venom is immediately administered.

Some Snakes Fly Too

So far, species of flying snakes have been identified. They are so called not because they have wings or feathers, but because they have a flatter midsection which can serve as false wings when they glide from tree to tree for distances as great as 300 feet.

We could on listing these facts but not all of them are within the scope of this article. Actually, each of the 3000 plus types of snakes in existence has its résumé of interesting features. So, the next time you see a documentary on any snake, pay keen attention. You may just discover an interesting fact that blows your mind away.