Shiba Inu is a dog breed that originates from Japan and is one of the distinct spitz types of breeds. It is the smallest of the original spitz breeds and breeder who originally bred it wanted to have a good hunting dog hence, it is bred for hunting especially in Japan’s thick forests and mountain areas. The Shiba Inu is also known as the Japanese Shiba Inu or the Shiba Ken but it is at easy to confuse with the Akita Inu and the Hokkaido which are also Japanese dog breeds. The Shiba is generally smaller compared to other dog breeds that originate from Japan and it has a different temperament.

The Shiba Inu is a generally healthy dog but there are still some conditions that one should watch out for. It is recommended that, just as with other dogs, the Shiba should undergo regular routine checks especially when they are still puppies so as to enable early detection of various conditions. The conditions to watch out for include allergies especially to dust and pollen, hip dysplasia, luxating patella, glaucoma, and cataracts. The dog’s eyes and joints should be periodically checked to ensure they are normal and have no problems.

To keep them healthy and in top shape, Shiba Inus should be exercised regularly, taking them for walks or jogging. When well taken care of, these dogs can live up to 15 years and the oldest Shiba Inu ever recorded died at the age of 26 years in the year 2011.

Shiba Inus have a double coat with a thick and soft undercoat while the top coat is straight and a bit stiff. They have relatively short to medium coats in terms of length although they have guard hairs that may be up to 2 inches long. The hairs on the tail are a bit longer and they form an open bush. These dogs have an underside that is white and is referred to as Urajiro.

Shiba Inus are easy to groom and take care of. With the outer coat being waterproof, you do not need to bathe them much often. It is important to note that they should not be shaved because their coats play a very important role in regulating their body temperatures both during hot and cold times. Shedding may be a bit of an issue, and there can be heavy shedding especially during the summer season, however, regular brushing can help to keep this in check.

In terms of temperament, the Shiba Inu is an aggressive dog especially to other small dogs and this is probably what made it a great hunter. It likes to be independent, however, with early training; they can become quite sociable and can make great pets. They have great instincts and are great guard dogs. Interestingly, they do interact well with cats. These bold dogs should be trained while they are puppies to make them social. They love cleanliness and will often be seen licking themselves clean.

Shiba Inu puppies are cute and tiny but they are still full of energy and agility just like the adults. With strong muscles even as puppies, the Shiba Inu puppy is agile and intelligent and they are therefore a handful when it comes to training. The best way to deal with Shiba Inu puppies is to start training as early as possible and to be consistent; otherwise, it will take you extra effort and time to get them trained. They are courageous little puppies and are full of confidence for their small size.

You will need the patience to train these puppies; however, you will greatly be rewarded when your Shiba Inu puppy forms a strong bond with you. The Shiba Inu puppy has a high pitched yelp when it is distressed almost similar to the scream of a human being, although in some cases they will still produce the same high pitched sound when they are super excited. Similar to adult Shiba Inus, the puppies are extremely clean, always licking themselves clean hence they do not need frequent bathing and grooming apart from the occasional brushing so as to control shedding or else you will find yourself vacuum cleaning quite often. Their waterproof coat is almost self-cleaning and just to give you an idea of how these puppies love to stay clean, they have been observed avoiding muddy places.

At first, your Shiba Inu puppy may be a lot to handle, however, with adequate training, you will have yourself a happy, well behaved, loyal and intelligent puppy.

Shiba Inus come in a variety of colors and white is one of them. The white Shiba Inu is also known as the cream Shiba Inu. This is basically a Shiba Inu dog that is has a white or cream coat without other markings. They lack the Urajiro and this makes some breeders and dogs associations not to accept them into dog shows. The Urajiro is white in color hence it is not visible in the white Shiba Inu.

Since the Urajiro is considered a key characteristic of the Shiba Inu, the lack of it is seen as a fault hence the white Shiba Inu should not be part of dog shows. However, there are dogs and breeders associations such as in the United Kingdom, that accept the white Shiba Inu as being standard and are accepted into dog shows there.

There are further claims that the white Shiba Inu may have some health issues since the white coat is a result of recessive genes but there are people who dispute this claim. The white Shiba Inu remains a beautiful dog and some dog owners will prefer the white one compared to colored Shiba Inus. 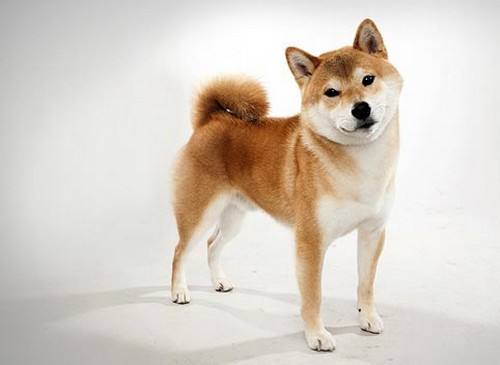 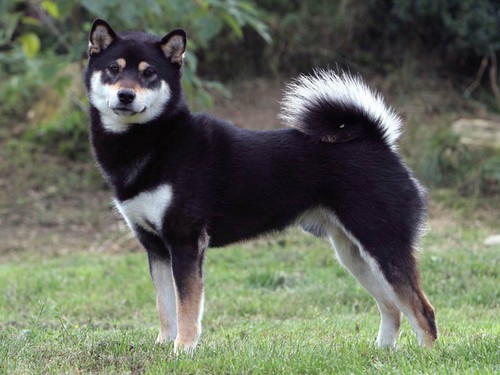 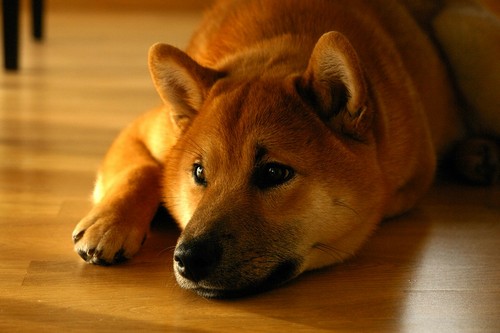 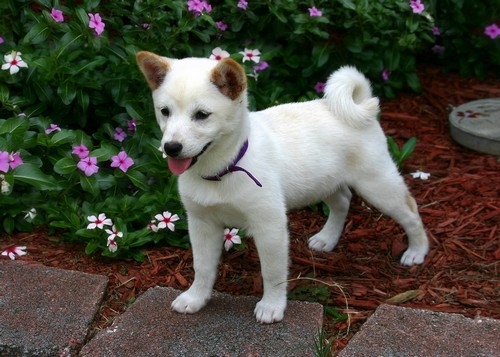 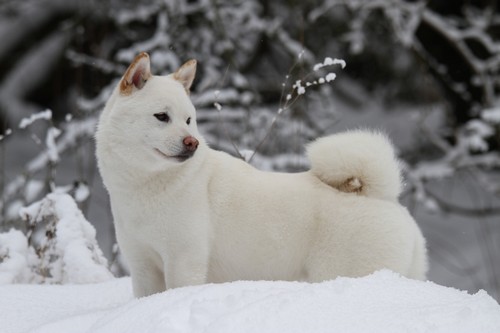 This is a Shiba Inu that has a black coat. Rarely you do find an entirely black Shiba Inu, but rather they are usually black and tan. Black Shiba Inu is more popular compared to the white Shiba Inu due to the fact that for the black one, the Urajiro is visible and this is considered to be a mark of beauty for the dog. Born black, the parts of the dog where the Urajiro is will continuously fade until it is completely visible.

The Urajiro appears on the side of its jaws, under the jaw itself, on the neck and chest as well as the stomach and the underside of the dog. It is also visible on the fore chest and goes down to the shoulder joints. The different parts of the coat that have different colors usually have a high contrast to each other making the black Shiba Inu look amazing and this is why most breeders will insist that it is standard for a Shiba Inu to have the Urajiro present so as to be allowed to take part in a dog show. 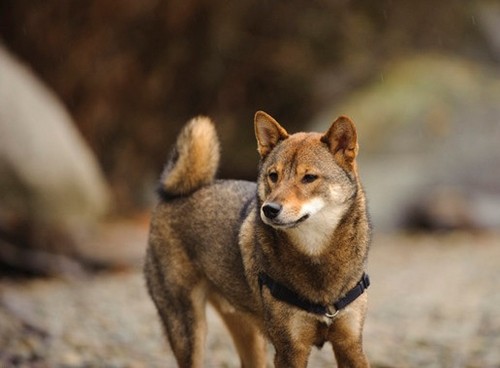 Shiba huskies are generally healthy dogs although it is important to have them regularly checked for various conditions especially when they are still puppies. Most conditions can be detected early hence well managed and it is important to check the eyes for cataracts as well as have the joints checked regularly.

These beautiful mix dogs shed a lot and if you want to own one be ready to have a lot of fur around the house, but when with regular brushing of their coats, shedding can be kept at a minimum. Apart from this, they generally require little grooming.

They can live for as long as 13 years on average depending on how well they are taken care of, growing to a height of up to 18 inches tall while weigh up to 23 pounds on average. Like other dogs, the Shiba husky should be socialized early to make them totally friendly and should also be trained. They should be exercised frequently and you can give them jobs to do since they are agile, strong and intelligent. Shiba huskies are beautiful, loving and friendly small dogs that you will love to own as a pet if you know how to handle them. 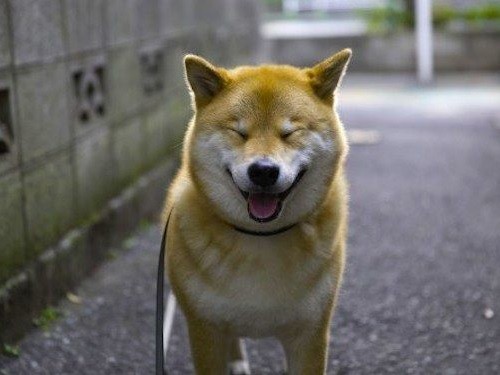