The serval is referred to as a tierboskat and is known scientifically as the Leptailurus serval and it is a wild cat that is found in Africa. It is the only member of the Leptailurus genus, although there are about 18 subspecies that have been identified so far. Servals are found in Africa, especially south of the Sahara. It is a medium sized cat that is slender, with large ears and a coat that is spotted as well as striped. The serval has a short tail, which has a black tip.

Its large ears are the longest of any cat if you take into consideration the size of the ears relative to the body size. Its long legs are also the longest legs of a cat taking into consideration the length of the legs with relation to the body size.  The serval can be up to 65 centimeters tall at the shoulder and they can weigh up to 18 kilograms for heavier individuals. The male serval is heavier compared to the female.

The serval is equipped with a great sense of hearing, with ears that can turn up to 180 degrees and they can do this while independent of each other, meaning that one ear can turn while the other one stays stationery. They are also equipped with great eyesight, and their eyes are either greenish or brownish in color. It may appear to be similar to the caracal, however unlike the caracal; the serval does not have ear turfs that are prominent.

The oldest serval that has ever been on record, lived for a record of up to 23 years.

Behavior of the Serval

They can walk for up to 4 kilometers every night as they follow specific trails towards their hunting grounds. Both the male and the female serval are territorial and they establish territories that can be from 10 to 35 square kilometers big. Although the territory is large, they will remain active in the core part of the territory for most of the time; however this may be affected by the availability of prey and the amount of vegetation that is available to provide safe cover for them.

Territories are marked using urine as with most of other cats; they also rub on vegetation with their mouth, spreading saliva when they do so. Furthermore, just like other cats, the serval can purr as well as hiss, growl and meow.

Since they are territorial cats, servals will live in one given region for most of their lifetime, they however like to reside in places that have a water source nearby so as to be able to easily access water. Water sources also act as great hunting grounds because when animals come to drink, they at times let their guard down as they drink.

The female serval will have a territory that is as large as 9.5 square kilometers, while the male will have a territory that is up to 20 square kilometers in size. Servals live in savannahs and along mountain slopes and reed patches. They may occasionally be found in thick forests. They are therefore found near the Sahara, especially towards the south, although there are some that have been found in Algeria and Morocco. They can be found in altitudes as high up as 3800 meters above sea level.

Diet of the Serval

The serval is a carnivorous cat, although it will occasionally eat grass which helps to facilitate smooth digestion. They have a strong sense of sight, smell and hearing and all these works together to enable the serval locate as well as stalk prey. Usually, they slowly stalk their prey, getting close enough for them to pounce, and once they pounce they will hit the prey with either one or both paws.

Once the prey is incapacitated, the serval will bite the head or then neck region and then swallow it whole if it is small in size. Servals normally hunt small prey, especially rodents. It will hunt rats, insects, small birds, reptiles and frogs. Occasionally, the serval will hunt larger prey such as flamingoes, small antelopes and hares.

Up to 80 percent of the diet of the serval is made up of rodents, and these will include the African pygmy mouse, vlei rats, multimammate mice and the African grass rat. Larger prey may be chased for a short distance after stalking and since they are large, they are eaten slowly. If the prey is large enough, what is left over may be hidden for storage and will be consumed later. Servals hide their kill in long grass as well as in heaps of dead leaves.

Servals will also hunt snakes, biting them several times before eating them, most of the times even before they die. With long legs, the serval can attain up to 2 meters height and cover a distance of 3.6 meters in one leap. This combined with their amazing ability to change direction while in midair makes them excellent hunters, and it gives them the ability to hunt birds in flight. They have high successful hunt rates, and on average they are successful in about 50 percent of their hunts.

They have been observed to remove the fur, feather, beaks, hooves and intestines of large prey before consuming them. 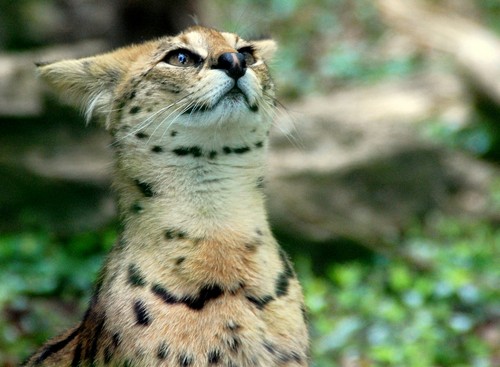 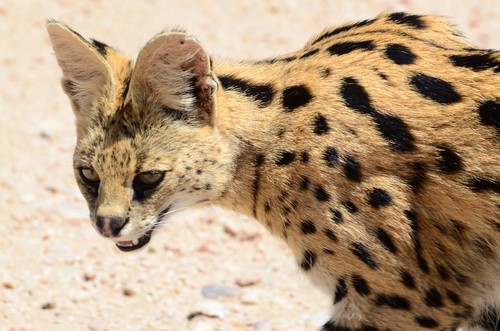 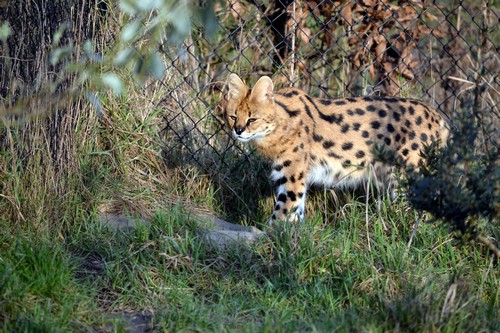 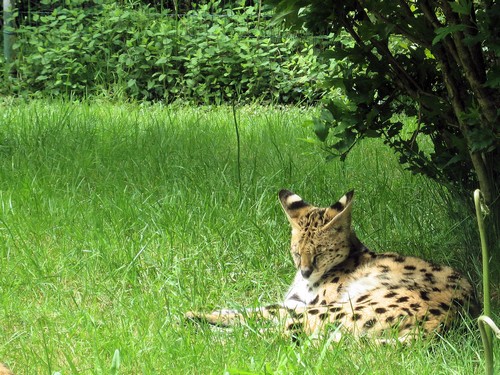 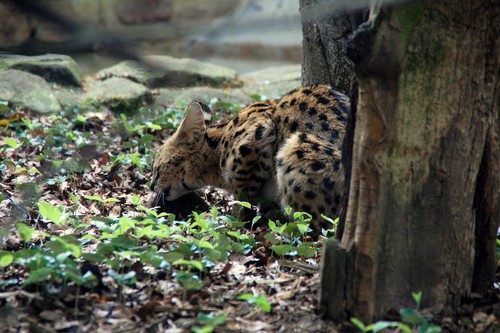 Reproduction of the Serval

Servals have no particular breeding period and they can reproduce all year round. They become sexually mature once they are 24 months old. The oestrus period of a female serval can be between 1 to 4 days and it may occur up to 4 times in a year.

The female serval shows a change in behavior when she is in estrus. During this period she will show an increased rate of marking using urine. It has been observed that breeding normally occurs just before the breeding season of rodents. This is seen as a way of ensuring that there is enough available food.

Once successful mating has occurred, the female serval will be pregnant for a period of up to 3 months, after which 1 to 4 kittens may be born. However on average, a female will give birth to two kittens in a den which can be made of tall grass or in a burrow that was left abandoned by another animal. The newly born kittens weigh around 250 grams, covered with woolly hair that has unclear markings. 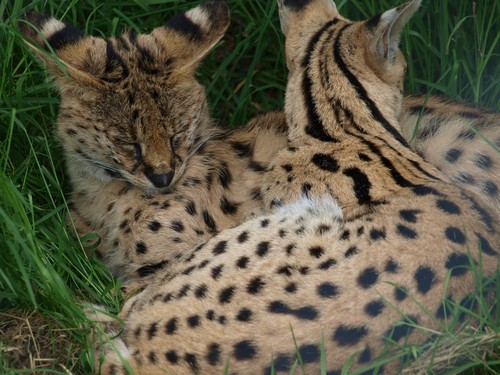 Kittens are born blind, but after a period of 1 to 2 weeks the eyes will open. They suckle for one month after which the mother serval starts to bring small kills into the den, gradually introducing the kittens to meat. Eventually they start going outside the den and once their canines are fully grown, they start learning how to hunt. The permanent canines grow when the kittens are about 6 months old.

The serval does not face serious threats to its population and therefore it is listed with a status of least concern. The main threat for serval comes in the form of habitat loss which arises due to the degradation of grasslands and sources of water. This may be due to climate change as well as human activities such as farming and industrial activities. 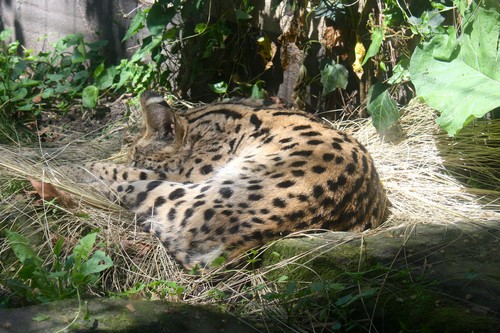 There are regions in which people have an established trade of serval skin; however this is on the decline since the serval is being protected. The hunting of servals has therefore been prohibited in countries such as Kenya, Nigeria, Algeria and Botswana. In other countries such as the Central African Republic, Ghana, Sierra Leone, Tanzania and Zambia have regulations in place to control the hunting of servals.