Sea lions and seals? No, don’t confuse sea lions with seals.
Sea lions appeared almost 23 million years ago. They are from pinnipeds group of animals. They are believed to be marine mammals. There are 7 different species of them. They are really fascinating animals that can grow up to be very large. Their body is favorably designed for movement in water as well as on land. You may find sea lions to be lazy but in reality it is just that they enjoy lazing around in the sun.

Sea lions are party animals and know various different ways to communicate. They are really intelligent animals and have been taught different tricks and wiles to amuse people. Moreover, sea lions have been skilled to help with water needs of the Navy of United States.

Sea lions are dark brown or dark gray in color; female sea lions have lighter color than the male sea lions. They have very powerful long flippers on the front and shorter ones on the back; this let them swim in water and move on land. The back flipper has 5 claws on them while front flippers have no claws. Their long front flipper can be used to pick up things. Sea lions have external large ears which look like long flaps. They have 34 to 38 teeth plus a tiny head which do not match their large bodies. On their face you will find clusters of whiskers as well; this gives them cute look. These whiskers are also used to balance a ball on them, sea lions don’t use their nose for it. They have layer of blubber which keeps them warm. The thickness of the blubber depends on their habitat; colder the area, thicker the blubber. They can hold their breath for almost twenty minutes.

People have formed tales that they have seen sea lions cry but the fact is sea lions have tear ducts to help them remove salt water from their eyes. They are judged to be nearsighted. It is assumed that sea lions see better in the water than on the land.

The conception period of sea lion is between 8 to 11 months. The male are larger than the female ones, thus it is easier for female to look for male for mating. Male sea lions are known as ‘bulls’ and female sea lions as ‘cows’ whereas the new born sea lions are known as ‘pups’. The pups are born on land and can weigh around 50 pounds but reach almost 200 pounds and 6 feet in length when they are a year older. Mother sea lions feed milk, which they produce in their body, to their pups; this milk has greater than 50% nutrients. On average sea lions live for 20 years. Male sea lions become mature at the age of 6 but start mating when they are 10 years old. The female sea lions start mating at the age of 3. During the mating season, male sea lions start to bark more violently; this entices female sea lions. Commonly, at a time only one pup is born but sometimes twins are born too.

They live anywhere around the world in water but you wouldn’t find them in Northern Atlantic Ocean. The extremely cold temperature is well suited for them. A cluster of sea lions is called a ‘colony’ or a ‘pod’. Mostly you will find some of their species in sub arctic areas whereas others in California, United States. Also, sea lions can find a lot of food over there to eat. They usually live together in huge colonies. To protect each other, sea lions live closely both in water and on land. Usually male sea lions prefer to live alone. Sea lions sleep on the land. Their maximum swimming speed can be around 25 miles per hour but normally they swim at 10 miles per hour.

Sea lions are distributed according to their species. The California Sea Lion is found on the coast whereas Southern Sea Lions are found in South America. Steller sea lions live in icy weather so you will find them mostly in sub-Arctic part of Pacific Ocean. Australian sea lions live on the beaches of Australia. Of course as the name suggests New Zealand sea lions live in New Zealand.

Sea lions basically just eat fish such as herring, capelin, mackerel, salmon and etc. They can also eat squids found in water. They can dive more than 600 feet and remain in the water for around 40 minutes in search of food. Their nostrils remain closed the whole time they are in water. Mostly they hunt near the shore. They detect their prey’s vibrations by using their whiskers. 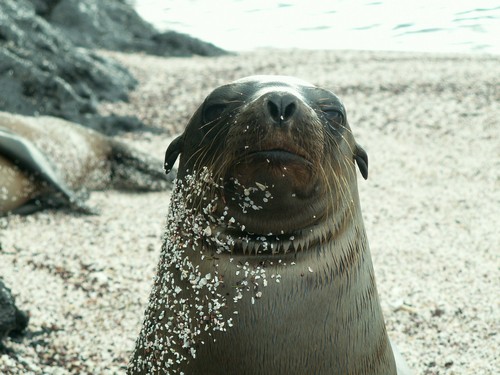 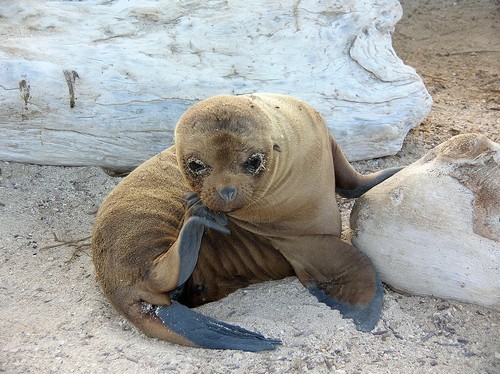 Sea lions usually have health issues similar to humans such as epilepsy, pneumonia and different kinds of cancers. While the pubs feed on their mother’s milk, they are protected from such diseases. Plastics are a great hazard for them; swallowing plastic can lead to many internal problems especially in digestion process. If they are left secluded, they do not eat and become sick.

Sea lions are the utmost social animals which are very active while communicating. The social interaction keeps them healthy mentally. They know many different techniques to send messages to each other. You can hear them roar too. Their sound gets fiercer if they think there is a threat. The different sounds they produce are very amusing which can engage people for many hours. They have great hearing ability. The pubs can easily recognize their mother’s voice or they use smell to find her. Sea lions make different sounds for different reasons; for example, for mating, when blissful or when unhappy. 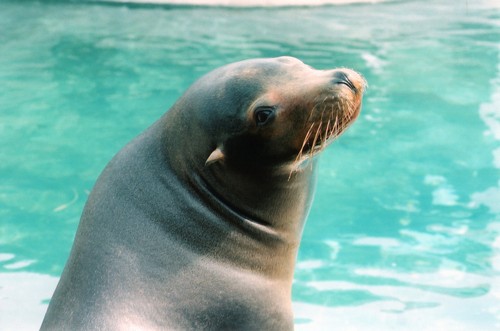 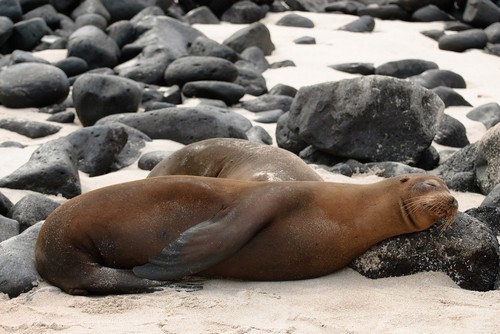 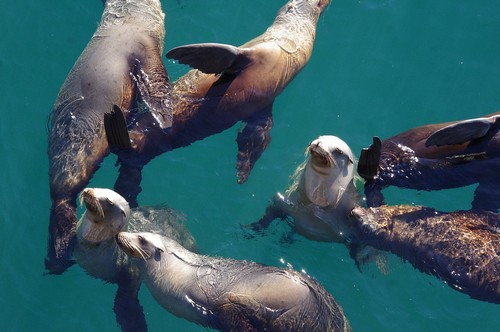 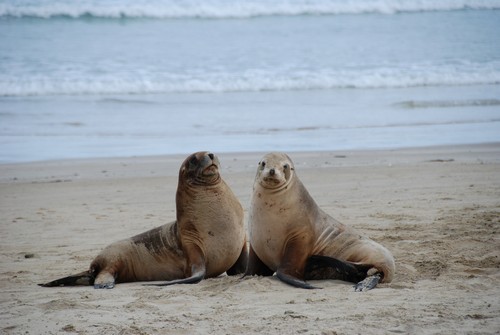 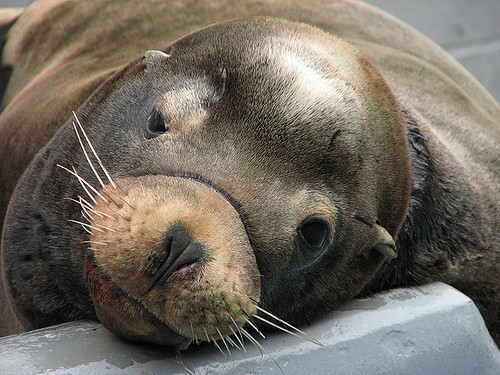 They can live fairly in an aquarium but it is very expensive to take care of them. As they are extremely social animals, you just can’t keep single or a pair of them in captivity; you will have to keep a lot of them to make them feel like they are living in a colony. On average, sea lions can live for up to 30 years in captivity. The most popular captivity is in California and Florida where you are permitted to see them while they perform their tricks. Likewise, in a circus you can find captivity for sea lions but this is very rare. The problem in keeping the sea lions in captivity is that they can easily catch an infection from bacteria or parasites. At times, orphaned pubs or sea lions that can’t survive in the wild are kept in captivity to be specially taken care of.

I hope you have developed a better picture of the sea lions and you would no longer confuse them with seals again.