Scorpions are some of the most dreaded arthropods to ever crawl on the surface of the earth. Naturally intimidating in appearance, they thrive in almost every part of the world. From the hot sand dunes of the Sahara Desert to the bamboo forests of China, one can easily find a scorpion.

In this article, we discuss scorpions in as much detail as possible. By the time you are done reading this piece, you will, no doubt, see a lot of features that make this animal very interesting. We begin with their physical features.

Scorpions have physical features like no other. Although most arthropods have a weird body form, scorpions have managed to take this weirdness to a whole new level.

A scorpion has four pairs of legs; eight legs in total, a mighty pair of pincers and a relatively big tail that with a venomous tip. This tip is known as the stinger. It contains venoms of varying potency, ranging from the ones not potent enough to cause much harm to the ones potent enough to kill an adult human being. The whole features are covered by very hard exoskeleton which gives them the mechanical tenacity and strength to deal with preys even as they resist attacks.

They exist in many colours. We have the black, brown and red ones. There could also be a blend of colours too. Although they resemble crustaceans, they are actually distant relatives of mites and ticks.

Having said that, it is important to note that they particularly thrive in habitats that have an abundance of sand. They can be found lying under sand in desert-like environments or in bushes. Generally, they prefer any place they can constantly be under cover.

On average, they hide under the soil, debris or rocks in the day time. At nights, they emerge to hunt for food. Unless there is a need to speed up, perhaps to feed on a prey, scorpions prefer to move slowly taking one step at a time.

Diet/Nutrition of a Scorpion

Being traditional carnivores, their diet consists of flesh. However, owing to their size, they go for smaller animals which they can easily hunt down and eat.

Scorpions are excellent hunters. Although they have terrible sight, they know just how to use their sense of smell to handle their unfortunate preys. As soon as a prey comes into view, they scuttle towards it and in no time, their four pairs of legs helps them cover enough grounds as to catch up with the prey. They hold the prey with their pincers while they inject their venom into the prey. Depending on the type of scorpion and prey, the venom either immobilizes or kills the prey. Next, they proceed with the feast.

For scorpions to have survived at 430 million years, they must have reproductively adapted themselves to climatic change. Reproduction in scorpions is similar to that of spiders; their close relative.

In the right season, the male and female scorpions cuddle up and mate. But in many cases, the female kills the male if he does not get away quickly after the mating. Weeks later, the young scorpion known as scorpling is born. At birth, the scorpling is too fragile to take care of itself. So, it rides on its mother’s back, relying on it for nutrition and protection until their first molt is complete. 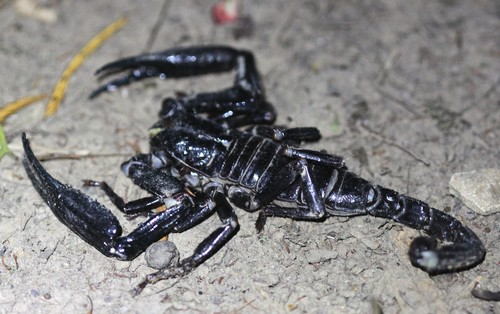 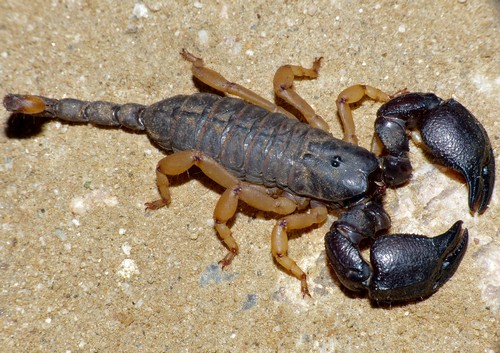 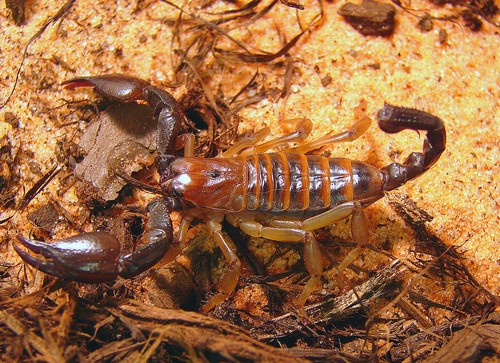 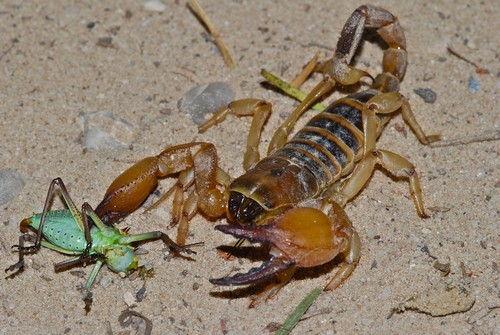 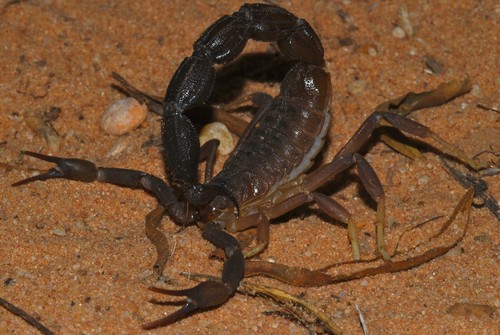 Who would believe that scorpions have such a powerful venom? Indeed, their venoms are more powerful than cyanide by over 100,000 times. But why then do people survive their stings? Nature has so wired them that each sting contains a very tiny dose of their venom.

Has Been Known to Grow Up To 9 Inches

It is only in India and Sri Lanka that the specie has this record can be found. The Heterometru swammerdami holds the record for the largest scorpion ever found on earth. On the other hand, however, it is the emperor scorpion species that is the largest of all scorpion species.

At 9 inches, this scorpion looks as long as  long as a an adult’s shoe. And with its tail raised, it can be almost as high as the knees of an average height adult.

Only A Few Scorpion Species Have Lethal Venoms

They Molt 7 Times Before Adulthood

Being animals with an exoskeleton, the only way scorpions can grow is if they shed their hard outer skin so that a softer new one grows. It is this shedding of outer skin that is called molting. The special thing about scorpion molting is that it does so for at least 7 times before it becomes a fully grown adult scorpion.

Scorpions Are a Delicacy

It is near inconceivable to believe that scorpions constitute the diet of any living thing let alone a human being. If scorpions were to be a delicacy, they should be food for the gods, as can be seen in an installment of The Mummy franchise. But somehow, somewhere in Asia, China to be precise, scorpions are not seen as monsters.

There are interesting Chinese meals made out of fried scorpions. And for the Chinese who enjoy this diet, it is as tasty as the fried lobsters of the French cuisines. So you can dare to stop seeing scorpions as monsters, start seeing them as good food. At least the Chinese people think so.

The Are Masters of Adaptation

Every living thing adapts to its environment as much as it can. While some animals manage to adapt, some others are veterans in the adaptation game.  The scorpion is a formidable animal that has mastered the art of adaptation. They can survive in virtually every part of the world. In fact, it is only in Antarctica, that scorpions cannot be found.

In the over 430 years they have existed on earth, they have evolved a very hard calcareous exoskeleton resistant enough to even radiation. Together with their constant hiding, they are many times more likely to survive a radioactive fallout than human beings and other animals. 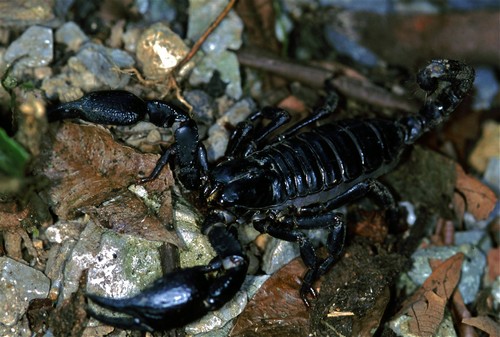 They Have Slow Metabolism

Another unique feature of scorpions would be their very slow rate of metabolism. Depending on the availability of food, scorpions can manage to go one whole year without eating anything and still survive. This ability, together with their tough exoskeleton, scorpions are naturally very resistant and can adapt to severe environmental conditions.

Sexual dimorphism as a phenomenon is said to occur when the male and female of a particular animal species do not have the same size. In scorpions, just as it is in most animals, the female is usually the bigger and more powerful of the two. So powerful is the female scorpion that it can very  easily feed on the male if it does not escape from her immediately after mating.

They Use Their Stingers as a Last Resort

The image people have of scorpions is that of a venomous creature that attacks its prey with every of its bodily armours and stings it to death at the slightest chance. This idea is, however, not true. Scorpions initially try to subdues and defeat their preys with their pincers first. Should they be unable to subdue the prey, they proceed with injecting it with their venoms through a usually painful sting. 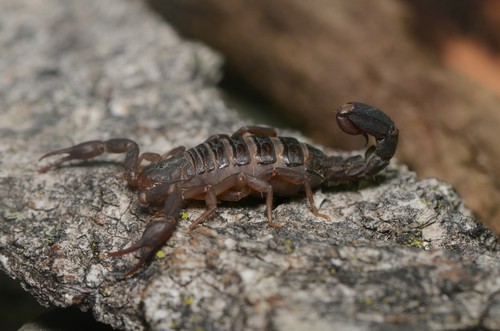 Scorpions Stinging Themselves to Death is a Myth

There is a popular idea that when a scorpion is surrounded by fire, it stings itself to death. The simple truth is that scorpion venom has no effect on scorpions. They don’t sting themselves either but even if they do, Their venoms have no lethal effect on them.

Conclusion
There are many other interesting facts about scorpions which you can read up. However, what you need to know is that scorpions are interesting creatures, but interesting in ways that are advantageous to them, not their preys, and definitely not you and me.