Undoubtedly, Puma is one of the animals that has many names, it has close to forty (40) names such as; Mountain lion, Panther, Cougar, deer tiger, red tiger as well as its taxonomic name puma concolor just to mention few. It is commonly found in North America and is one of the largest in that region. Puma belongs to the cat family, it is the largest among the small cat specie compare to jaguar and they are very skilful at hiding so as to get their preys. They feed on other small animals such as deer, rodent, birds, and other livestock.

Among the cougars, the intimidating ones has unique feature in which it can Jump 20 feet so as to feed on its prey. All the cougars can run very fast, but they prefer to pounce on a nearby prey and it is only human beings that prey on them. They only live within their territories which they mark using urine or feces for demarcation and this made them not to be living in the company of other cats. Note that, they communicate by screaming, whistling and they don’t roar. They purr like a domestic cat, they live around the mountain where it is secretive so as to get hold of their preys, but they also live in an open space.

Very certainly, an animal which is sometimes called mountain lion must somehow, resemble the lion in a way or two. In this regard, the puma has a lot of physical features that are similar to a lion. In fact, it looks more like a female lion because it does not have a mane.

The mountain lion has a round head with two eyes, two ears, set of teeth, and a nostril. They have a long tail, they are tall at the shoulder with the height of 2.0 – 2.5 ft, the male has more weight compared to the female, and they can actually weigh up to 115 – 198 pounds while the females weight range from 64 – 141 pounds. Puma has a very strong claw for doing damages to its prey, it also has paw at the rear which aids in running both at long and short distances and their speed is between 64 – 80 km/h. In the meantime, when the females give birth to the kitten they do have dotted spots on their bodies which will fade away in the space of two (2) years.  Their adults color is of different types, there are some with reddish, gray-brown color and alike.

Where do you think an animal as majestic as the puma, territorial as the lion, would choose for a habitat? The forest of course, but the mountainous type anyway.

The puma occupies a vast land mass towards the Western Hemisphere, they lurk around an underbrush, mountainous area, they don’t live in a crowded environment, they live in big territories, but not with other animal in their own specie. They hunt during the day and the night, but they have an added advantage in the night due to the brightness of their eyes to see from a far and catch on their preys.

When it comes to the content of their diet, one has to be terrified at the quality and quantity of meals this animal gets. Being lords of the mountain and kings of the trees, they have perfected the art of stalking preys; using the element of surprise to put fresh flesh on their platter every day that passes.

Puma are carnivorous animals who stalk other animals in order to feed on them. They feed on the following animals; pronghorn, birds, rodents, foxes, coyote, deer, porcupines, mountain goat, and guanacos. They use their superior strength to out shine their prey targeting its neck with the help of their strong jaw to masticate it. Also, studies shown that they hide the remains of their prey from other animals and go back later to eat same.

Let us now discus reproduction in pumas. What does mating look like in this animal? Are there mating displays? How about the duration of pregnancy?

The females have a gestation period of 91 days; that is a 3 months pregnancy after which 1 to 6 cubs (newly born puma) are giving birth to. The females weaned the cubs for 90 days or thereabout and they always ensure that the cubs are well protected to avoid losing them to other animals who might want to prey on them. On the other hand, the cubs become independent after two years where they tend to move out of their mother’s domain and fend for themselves. They have a lifespan of 8 to 13 years in the wild and about 18 – 20 years in captivity.

Furthermore, the females give birth once in two years and the young females can start to have cubs as early as two to three years. The puma family are not sociable, they only relate when they want to mate after which the males return to their isolated lifestyles. Note that, the rearing of cubs usually takes place in a den or in a covered bushy area.

Pumas are not lions but they do their best in the areas they are good at, and try their best to act like the lions they look like.

The mountain lion as the name implies do not roar, but they communicate effectively by screaming, whistling etc. They stalk and ambush their preys; they don’t chomp their prey once they eat and keep using leaves to cover till later time. They are unique in such a way that they separate or distinguish their territories using a mark such as urine. In addition, their fore claws help them to climb tree aside from running, they are not good at swimming, but they do swim.

Although, they have speed they can run far distance, but they have affinity for short distance. The group of puma is made up of the mothers and the cubs excluding the males who enjoy solitary lifestyle.

The cougar usually falls prey to hunters who try to secure their territories away from the animals that can destroy their farmland. Pumas are no longer as many as they were in the ancient time due to their extinction which is fuelled by urbanization and human encroachment. 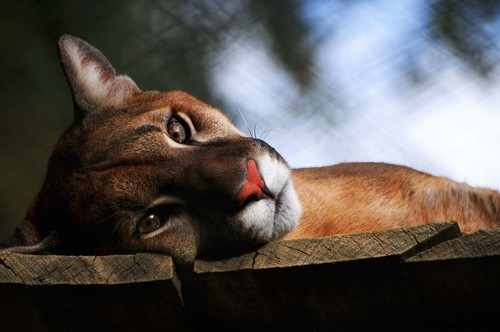 They may well look like lions; with all those intimidating fangs and muscles and fur and eyes. However, they sound somewhat weak or even feminine when they make their characteristic noise. Pumas communicate with one another by screaming, squeaking, whistling at pitches which baffles scientists.

Fact #2: They Have Speed but Not the Distance

A puma can sprint toward an unsuspecting prey at incredible speed but that is usually for short distances. For reasons best known to them, pumas don’t give long chases even when they have the energy and velocity to do it. Instead of running great distance, they will rather ambush and pound on their preys.

Fact #3: They don’t Socialize but Love to Communicate

Now here is the irony. Pumas love to be alone. Perhaps they hunt more clinically when they are alone. But then, they always love to communicate with one another. So, if someone asks you to name a gossip that loves to be alone, I’m believing you have an answer ready. 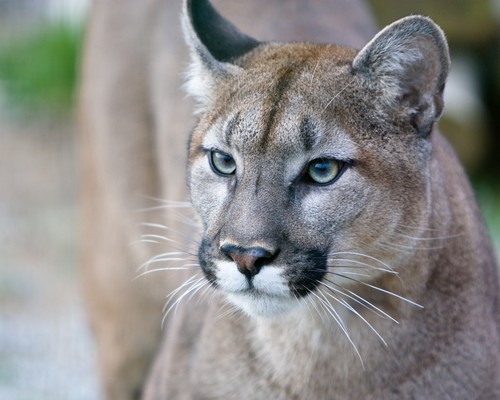 The females protect their cubs like jealous lovers; perhaps, just as Romeo would protect Juliet in the face of terror. Although they wean the cubs within three months, female pumas continue to provide parental care and protection till the cubs reach the age of 2. By their second birthday, they have mastered the art of stalking preys, attacking without warning, and sending and interpreting voiced messages.

The word wayward seems to comprehensively describe male pumas who are careless in many ways. It is not a family guy and has no interest in being one any time soon. Its only contribution to the procreation and sustenance of the puma race is its male gamete which fertilizes the female during mating. As soon as they mate with the female, business is over. Off they wander in their characteristic loneliness. 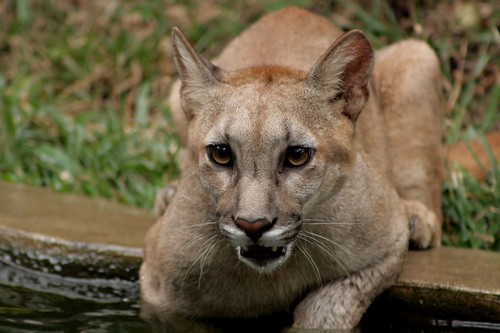 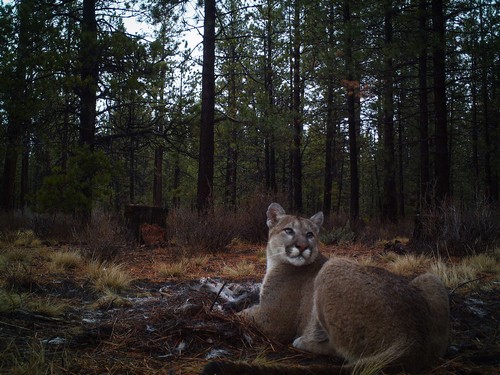 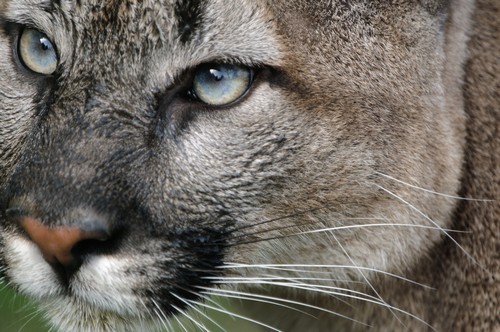 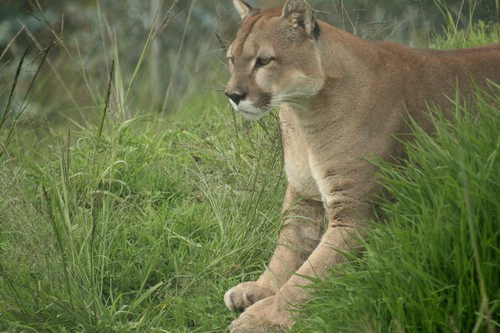 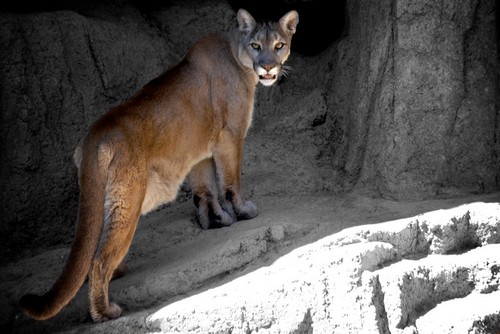 Random Facts About the Puma

And here comes the rest:

I believe you found these facts interesting. You can learn more about pumas and many of nature’s wonderful creatures by carrying out personal research online. Do well to check back on this blog from time to time as more interesting articles will be published frequently.