In today’s article, we look at another of nature’s special animal simply known as the prairie dog. While one may think this dog is a carnivore, it sure isn’t; and though one may think they have any evolutionary links to dogs, they sure aren’t.

So, have you seen a prairie dogs before? I doubt you have. They are not the same with the domestic dogs we have around our homes; they are in fact, wild animal that feed on grasses. They are called dogs, because they make a sound similar to dog’s bark which they used to intimate their colleagues about an intruder who might feed on them. Prairie dogs are like a squirrel that lives in burrows Greenland. We have five species of Prairie Dogs; black-tailed, white-tailed, Mexican, Gunnison’s and Utah.

Prairie dogs are mostly found in Mexico, North America and Canada. They live in group which is called coteries; 1 adult male, couple of adult females with their young ones that are dependent. Many animals feed on them hence; they make their sound at the sight of predators.

To discuss prairie dogs effectively, it is important to describe their physical features as this would help you get a glimpse of what this animal looks like. Here we go.

In a sample taken, their length is from 12 to 15 inches long, and their weight is around 2 to 4 pounds, the males are bigger than the female. Their legs are short with razor-sharp claw, they have teeth they can chew and they make an alarming sound. Prairie dogs have a hairy body, a rounded head with two eyes, two ears and a short tail. It is this 15-inch body of theirs that help them carry their young ones for 28 – 32 days during gestation which usually occurs in the month on March, down to April.

Another feature worth noting about this creature is among the many animals exhibit which is scientifically known as sexual dimorphism. Sexual dimorphism is the disparity in size of either the male or the female member of a specie of animal. While the female would be bigger in most animals, the male specie of the prairie dog is bigger.

Having had an idea of what this creature looks like, we shall now consider where it makes its home. And like the name suggests, it prefers prairie kind of habitat which we will soon learn about.

The habitation of Prairie dogs usually takes a vast land in their respective group which is referred to as town; a town might make up of 15 to 28 Prairie dogs family group. Female Prairie dogs don’t hop around like the male (for sexual inducement) they remain in their birth group and this practice makes a family group to be stable. The size of one of the largest area occupied by Prairie dogs is 2,500 miles where almost 400 million of them socialize. They are usually found in Western United States; Mexico, Utah, Canada, Nebraska, Texas etc.

When it comes to diet, the prairie dog seems to be on the veg side of things. It practically has no business with flesh as one would assume. It believes in green food; perhaps because it offers more nutrients and is more readily available in its natural environment.

Prairie dogs feed on grass, plants, root, weed, and insects. So to say, they are obligate herbivores. When in captivity, however, humans can feed them with alternatives to grasses such as special feed and more. But most of the times, they are better of with plant shoots.

Their breeding usually takes place in March to April, they give birth to 3 – 8 young ones at a time, but on the average they have 5. Also, the females indulge in mating with the male outside their domain or family group so as to increase their reproductive success. After copulation period, the male prevent others to have mating with the female counterpart by injecting copulatory plug into her. Meanwhile, their copulation takes place in the burrows; an underground tunnels to prevent other male who have similar interest from interrupting their mating.

In addition, the young ones are so dependent in their first six week where they in stay under the ground for that period to be nursed and weaned by their mother. Their gestation period is between 28 to 32 days and this is the period when the mothers nurse the young. Likewise, it was noted when the young ones are born they are blind, hairless, and very small.

Prairie dogs’ behavior is quite unique to their own specie in such a way that they have means of communicating for different occurrences and same can be easily decoded by their mates. They easily discover predators from far distance; animals and human beings who feed on them and this makes them to bark like a dog to unfold the plans of the predators. The male easily mingle and mate with the female counterpart of another coteries.

They kiss one another in their coteries as a sign of greetings which they also use to identify other Prairie dogs if it is an opposite sex where they tend to spend more time kissing and cuddling. They are majorly active during the day, and they stay back in their burrow during the night. According to studies, the Prairie dogs take a lot of time to build their burrow tunnels with more than one entrance to it in case there is an attack from predators. As a result of this, their burrow tunnels have different rooms where they sleep, where they take care of the young after birth, repository; where they store food and alike. 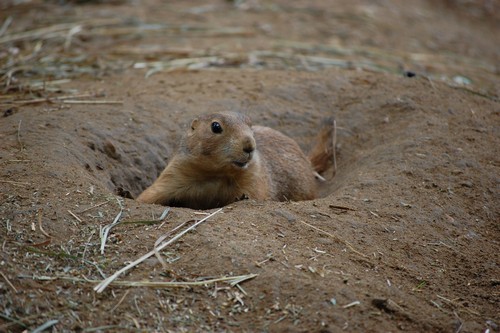 The Prairie dogs are rodents and their common predators are badger, swift fox, coyotes, eagles, and hawks. Also they are pest in which human beings feed on especially farmers who takes them as a prey as a result of disturbing their farm produce.

It was recorded that in early 2000’s, Prairie dogs contracted Monkeypox disease in captivity and same was transmitted to human beings as a result of contact. On that note, research has clearly shown that Prairie dogs are highly contagious and this resulted in banning them by the CDC, FDA and the European Union. Then again, in late 2000’s the CDC and FDA rescinded the ban and some people engaged in the business of rearing it as a pet but must have tested and ensure it is free from diseases.  In some cases, they are kept in the zoo for people to come around to watch without touching them.

So far, we have looked at several facts about this impressive rodent starting from its physical features to its conservation status. However, there is more to the prairies dog than meets the eye and that is what the facts which follow are all about. Consider the list of mind-blowing facts about these romantic rodents:

They are sociable; they greet one another via kissing and cuddling.

They communicate with one another to foster the plan of predators by making an alarming sound which they all easily decode.

They occupy large area of Greenland. 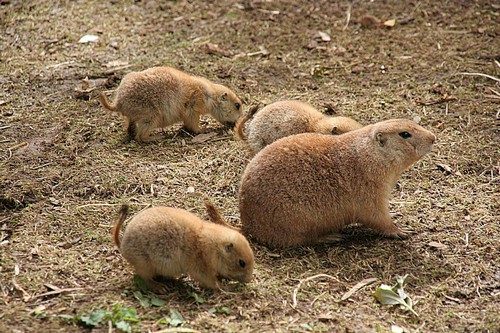 They are considered as keystone specie, because they serve as a diet for other prairie species.

Their mating period is between March – April, they give birth to 3 – 8 pups, but on the average of 5 pups.

They are herbivorous; they feed on grasses, plants, ants, roots, and seeds.

They live in group called coteries; made of several females, one male, and young ones.

The females remain in their group of birth to bring about stability.

They live underground in a burrow tunnel.

Their gestation period is between 28 – 32 days.

They have different apartment in their burrow tunnel; to sleep, rear their pups, store food etc.

They bark, but they are not normal dog and they are closely related to squirrel.

The black tailed are more widespread. It is called black tailed, because it has black tipped at its tail and they are most used as a pet.

They are one of the most populated mammal in North America

The male stops other counterpart from mating with the female during copulation which takes place in burrow by inserting copulatory plug which prevents mating.

They have 22 set of teeth which they use in chewing. 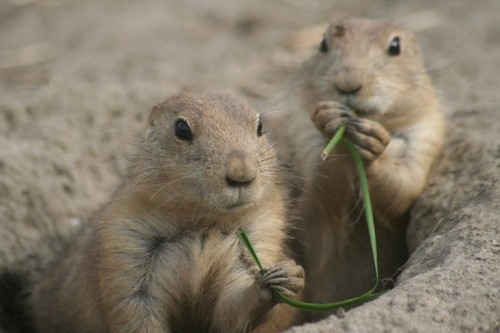 They have claws in their legs for burrowing. 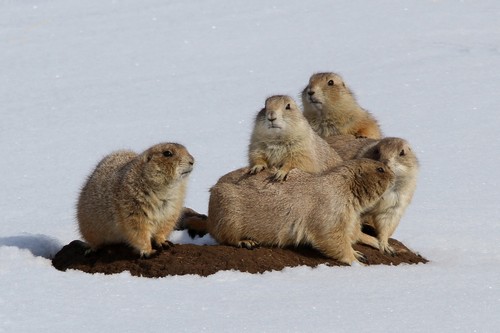 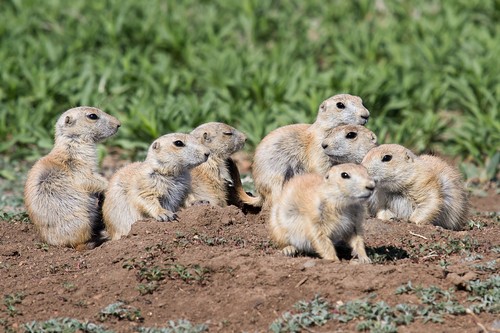 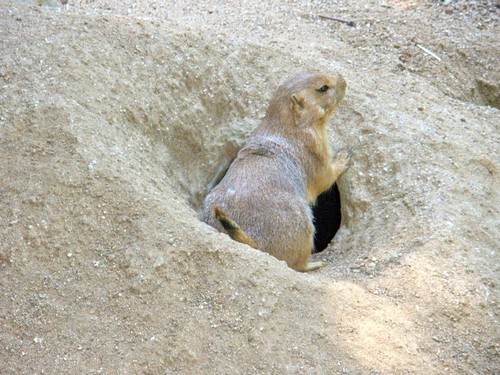 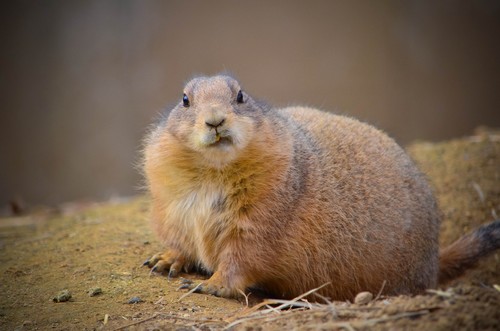 In the light of the above, you can easily deduce that Prairie dogs are an important specie that do wonderfully well in their own domain. I believe one can learn from these facts about Prairie dogs. Better still, you can watch documentary on them via YouTube and see how they fare in their species.