“All that glitters is not gold.” Is a saying which can clearly be used to refer to these most beautiful, brightly colored frogs, the poison dart frogs, also called dart-poison frog and formerly called poison arrow frog. Who would imagine that such a beautiful frog, one you feel like you can carry everywhere you go would be poisonous. I wish a tag written “Poisonous” would be hanged on every poison dart frog to sensitize people.  The name poison dart or poison arrow was given by native Indian tribe which used to rub their hunting arrow tips on the back of these frogs.

These poison frogs live in Central and South America wet tropical forest. It is believed that these frogs acquire the poison they secrete through their skin from the arthropods and some insect they eat.  These insects and arthropods get this poison from the plants they feed on.

They are from the family of Dendrobatidae. This family has 170 species.  Of all these species only four has been identified as poison dart frogs. These poison dart frogs come from phyllobates genus. They are amphibian, meaning they can live on water as well as on the dry land. The golden frog is the most toxic of all other frogs. This golden frog secretes two most poisonous toxins namely, alkaloid toxin and batrachotoxin.

Poison darts frogs are known to have very beautiful bright colors.  The fluid that is secreted by their body is not only poisonous but tastes very bad.  Once its predator tastes it, it will not want to have another experience and will associate the bright colors with the taste and so will never want to eat any bright colored animal. The poison dart frogs are small in size.  They are about 0.70 to 1.5 inches in length.

Just like all other animals that use sound to communicate which only ‘they’ can understand, the poison dart frogs have a way of communicating.  The female poison dart frogs have a well-developed vocal sound which they use to attract the attention of their mates.  They also use a certain sound when they want to sound a warning to the other frogs.  When they are expressing distress they use another different sound. They produce these sounds using their larynx/vocal chords.  One can identify the species of different frogs by their sound. Sound is a better way of communicating than scent especially for animals who can move far from each other.

What does a Poison Dart Frog eats?

Poison dart frogs eat ants and termites.  They also eat arthropods.  They find their prey in the forests and along the roads. Poison darts frogs are omnivorous, that is, they eat both meat and plants.  They eat algae, detritus, dead insects as well as insect larvae. The tri-colored poison frog are more of carnivorous than other poison dart frogs.  They eat insect larvae and tadpoles.  The funniest part is that in an effort to feed the tadpoles which are in water, the female poison dart frog will lay or deposit unfertilized eggs there periodically so that the tadpoles can feed on them.

Rainfall seems to be the main factor that controls the breeding.  This is because in wet tropical rain forest the male and the female breed throughout the season. During courtship the male poison dart frog leads the female to a dark and moist site which he has chosen for the laying of eggs. He will have chosen several sites which they visit before they start mating. The courtship can last for several hours. The eggs are normally laid on leaf litter or bromeliad. The two poison dart frogs, male and female, will start a dance which comprises of stroking and cleaning of the leave surface. They lay eggs in clutches.  The eggs in each clutch vary from between one to forty eggs.

In some species the male will wait until the eggs are laid and will fertilize them.  In some other species the male will fertilize them before they are laid.  Both the male and the female will then keep a guard on the eggs to make sure no one touches them and they don’t dry up. The eggs will hatch after 18 days into tadpoles.  The tadpoles are carried on the back by the female poison dart frog and taken to a small pond or stream of water. A female may decide to transport the whole clutch or take them one by one to the pool, stream or some body of water. The male is left behind guarding the others which have not yet hatched.  The female frog occasionally will go to the stream and lay unfertilized eggs on the bromeliad and the tadpoles will feed on them.  That is how motherly the female poison dart frog is. The tadpole changes to a mature frog after some months.  The poison dart frogs that are at the zoo have artificial breeding places referred to as ‘huts’, where they lay their eggs and hatch and the tadpoles change to adults.

The secretion from this poison dart frog has some good side because it is being used as muscle relaxant, heart stimulant and appetite suppressants. Some more tests are being conducted to show how else these toxins can be of medical value.

As we have seen toxin play part as a defense mechanism for the poison dart frogs against its predators and also its enemies because some animals or even human being will kill it but not for food.  This toxin is very poisonous even to the human being.  The golden poison dart frog is known to be the most poisonous dart frog.  It is advisable that children stay away from this poison dart frog because its negative effect can be a lifetime. 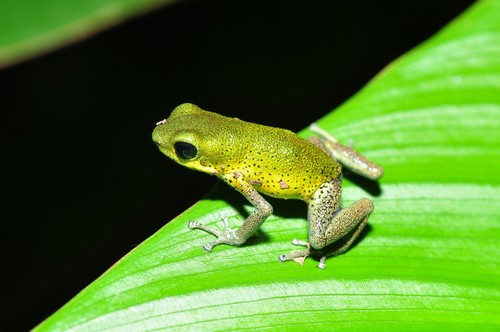 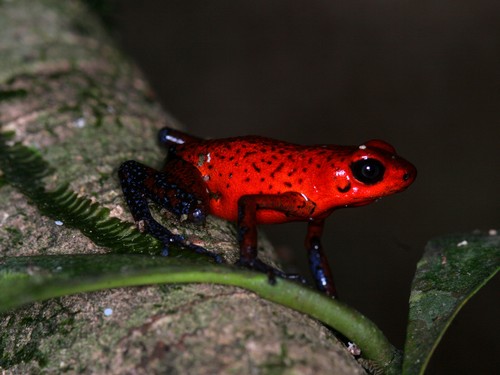 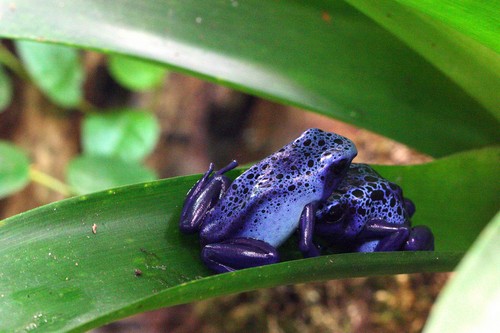 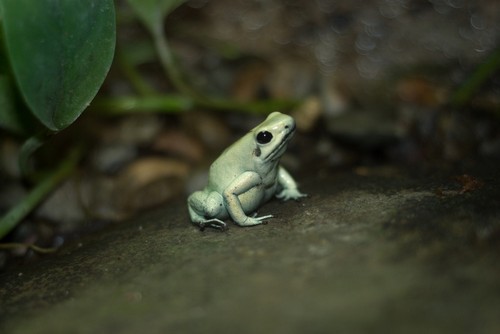 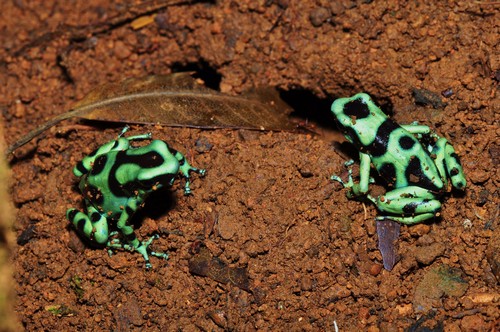 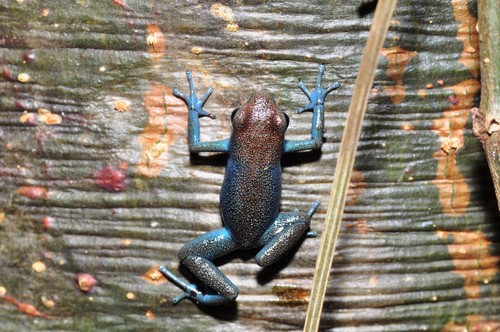 Where do Poison Dart Frogs live?

The poison dart frogs are found in humid environment of Central and South America. You will find them in subtropical areas, Tropical, moist, lowland forests.  In other words they like living in humid areas. They like living in the ground but you can also find them on trees as high as 10 meters. This kind of climate is very ideal for their reproduction and they can breed throughout the year.

Poison dart frogs are diurnal.  This means they do all their activities during the day and sleep at night. It is unlikely to find it at night and you will find it busy running after its prey during the day.

When poison dart frogs are in the care of human being, for example, in a zoo, they can live for up to 25 years. This is because here they are protected from their predators.

Because of their beautiful bright colors most governments want to confine the poison dart frog in order to bring income through tourist attraction.  While this is okay, caution should be taken while handling them because the toxin in their body can last for over one year even if you are not feeding it on the arthropods and insects which enable them to secrete the toxin. 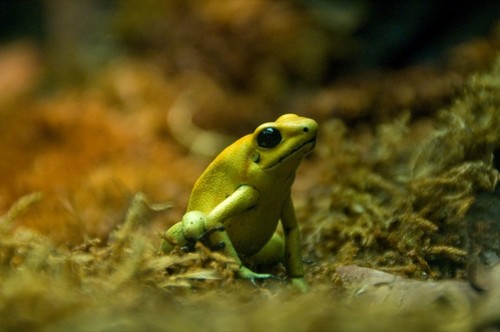