The dogs were bred for sports especially blood sports and dog fighting, although with time countries started putting laws in place so as to protect animals from harm and this led to the decline of such sports. Pitbulls were then used for hunting, to help guard cattle and as pets. Some are also used for security purposes due to their strength, agility and fighting prowess, however for them to be used for security purposes, they have to undergo training.

This is because pitbulls are actually quite friendly and can easily approach a stranger as a friend, this combined with the fact that they do not bark a lot makes them not be great watch dogs unless trained fast. These dogs are easy to train especially if the training is started from a young age. Being healthy dogs, a pitbull can live for a period varying from 8 years and goes up to 18 years.

Due to the fact the dog is sometimes used to guard premises where illegal activities take place or themselves used in illegal activities due to their strength and agility, there are places where laws have been put in place to control their breeding and ownership.

There are places where the law requires them to be sterile while in some like Britain there is a total ban. However, this is attributed to the fact that the dogs are often misunderstood or used for the wrong purposes which are not the dog’s fault.

Owners of pitbulls are required to be extra careful when they have their dogs around other animals and it is best to have them trained and exposed to other animals while they are still at a young age to condition them to be friendly towards other animals.

Pitbulls are quite trainable and can, therefore, make great service dogs as well as army and police dogs. Trained from a young age, they are compassionate and will protect their owners thus making them great dogs to have around your children. This has earned them the nickname “nanny dogs”. Moreover, they are very protective of their owners and their property so a pitbull would guard your children if they see anything or anyone that poses a threat.

So, before you rush to join those who view this dog as a vicious attack dog, know that it is a friendly, strong and agile dog that is often misunderstood to be fierce yet it is a friendly dog that will warm up to strangers quickly.

Pitbulls are easy to take care of and cleaning them is easy as they have short coats which do not shed a lot. They need food that contains a good quantity of proteins since they are strong and muscular dogs. For healthy digestion, they should have enough fiber in their diet. They, however, should get the necessary vaccinations so as to protect them from disease and should get regular checkups as well so as to closely monitor their health.

Pitbulls can be kept indoors or outdoors but it is recommended that a pitbull owner ensures there is enough space for the dog to play because pitbulls are active dogs and they love vigorous activities. This makes them great hiking and jogging partners.

The American pitbull terrier is one of the breeds of pitbulls that one can come across. Just like other pitbulls, they are great companion dogs and are friendly although most of the times they are misunderstood to be vicious or attack oriented. They are, however, great family dogs where they get a lot of attention. Pet owners are advised not to get the American Pitbull terrier if they will not be able to give them the much attention they crave.

If well socialized while still young, they grow up to be totally sociable and friendly, although they still remain cautious and observant, hence, they will always notify you when there is a stranger around or if there is something strange happening within the vicinity. Like other pitbulls, American Pitbull terriers are agile and strong therefore, are great dogs for sport. A well trained American Pitbull terrier can be a great family especially if you have children who love playing with the dog.

In terms of size, American pitbull terrier can grow up to 20 inches in height for the males while on average; the females are usually 16 to 18 inches tall. These dogs can weigh up to 85 pounds. In terms of care, it is easy to take care of the American pitbull terrier, as long as you regularly take them for walks, play with them or some other forms of exercise and you do not leave them alone for too long, then you will have a happy dog.

Their coats are shiny and short, coming in a wide variety of colors such as blue, red, white, gray, brown and black. If you have an American pitbull terrier, the main health concerns are allergies caused by dust, pollen, and fleas. Also keep checking for heart diseases, hip dysplasia, and hypothyroidism. However, they are generally healthy dogs if well-taken care off and can live for up to 18 years and more, depending on how well they are taken care of. 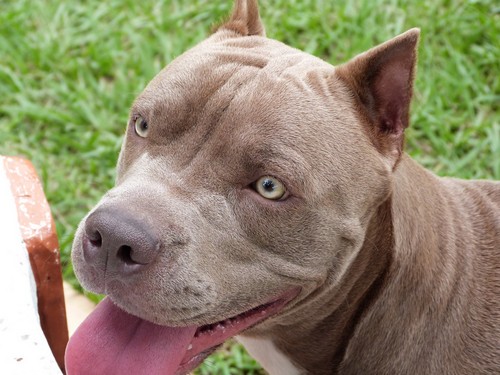 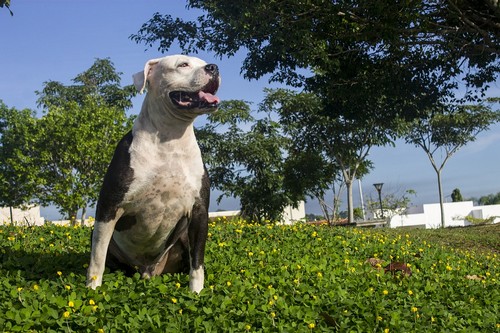 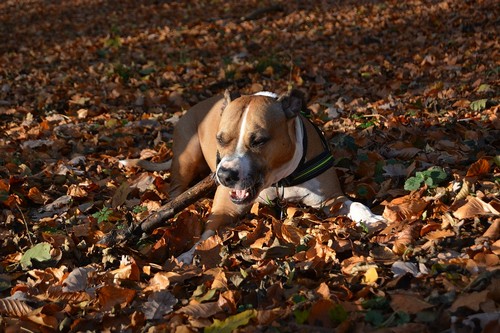 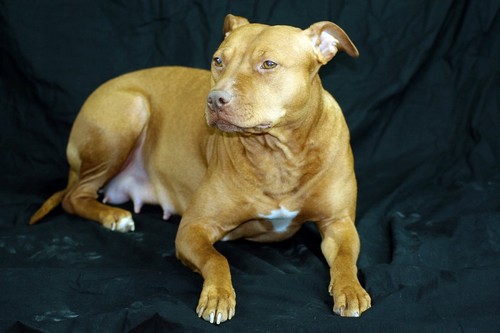 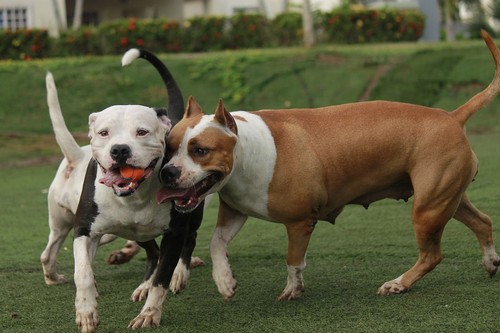 Blue nose pitbulls are one of the types of the American pit bull terriers. They are called blue nose pitbulls because of the coloration that can be seen on their nose. They have nose pits which are blue in color hence, the name blue nose pitbull. This is a rare color and it cannot be found in most breeds of dogs. However, it is important to note that it is not always that the blue nose pitbull will have a blue nose. At times, they have a partially blue nose.

They are not a different breed of pitbulls but rather they are American pitbull terriers like any other, the only difference being that they have noses that have a blue pit, while some may not have a nose with a blue pit but will still be considered to be blue nose pitbulls. 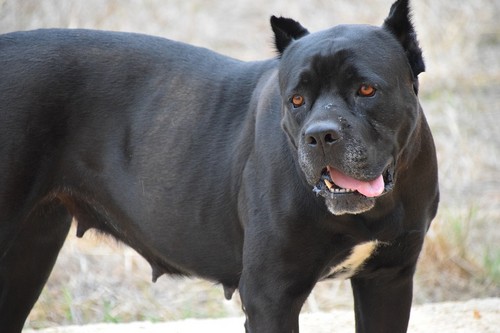 Some breeders will keep blue nose pitbulls for breeding and even then, you will still get some that do not have the characteristic blue pit on their noses. Thus, they have all the same characteristics as the other American pitbull terriers, being friendly dogs that make great companions and family dogs; however, due to the fact that having a nose with a blue pit makes them unique, blue nose pitbulls may be a bit more expensive.

The red nose pitbull came about after the close breeding of the old breeds of pitbulls in Ireland. They have red noses which may be entirely red while some are partially red. Red nose pitbulls can be rare and as such breeders try to breed them for sale, however, note that the price should not be pegged on the fact that it is a breed on its one because this is not true. 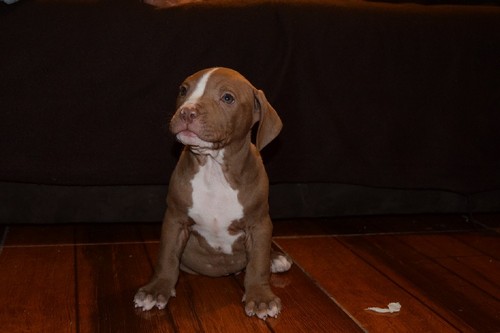 They may, however, be a bit more expensive compared to other pitbulls due to the fact that they are rare. They can grow to weigh up to 65 pounds for the heavy individuals and just like other pitbulls; the female is smaller and lighter than the males.

Pitbulls are wonderful family dogs that are often misunderstood to be fierce while they are actually quite friendly and compassionate dogs. These dogs are great with children and they will fill your home with activity and fun as long as you take care of them and give them the amount of attention they require.