As a speaker of the English language, I am near certain you have heard the expression “As proud a peacock”. For bird that has gone to be regarded as proud, there is sure a lot to know, and it is these facts that we discuss in today’s article. As you will soon discover, the peafowl is one of nature’s most adorable birds.  As usual, we begin with its physical features.

Peafowls are easy to spot from a flight of birds, thanks to its most unique physical features. In fact, after reading the following information about its physical features, you wouldn’t blame them for being so proud.

Peafowls are relatively big birds, weighing up to 8kg sometimes. It is quite difficult to describe them in terms of characteristic plume color. With the exception of the white peafowl which many people mistake for an albino, the peafowl consists of multiple colors.

On average, the head, neck, body, wing and tail has different colors. For instance, the head could be black, the neck could be colored blue, its wings shining red, and its tail gleaming in green.  Peafowls have a relatively small head and a pair of brown or black beak. There is also a beautifully patterned comb on its head while a pair of bright eyes adorn both sides of its head.

The peafowl has a long neck, but the impressive length of its tail feathers make its long neck look short. These two features are accompanied by a pair of tough, scaly legs which not only supports the bird’s relatively huge body frame but helps it launch into the air when the need to fly arises.

Here, we discuss the natural habitat of this noble bird. You would perhaps assume that peafowls, in their colorful majesty, choose to live in special gardens, or just in a few locations in the world. But are these birds really sanctimonious? Let’s find out.

Quite frankly, you can find a peafowl in virtually every standard zoo or game reserve in the world. This is because these birds have proven to be able to survive in virtually all kinds of environments. However, they are naturally found in Asian countries especially in India and Sri Lanka. Another place where peafowls exist naturally include Congo, Tanzania and several other countries in Africa.

There is one misfortune most large birds suffer in the animal kingdom: they are usually flightless. In fact, the heavier a bird is, the more it is  likely unable to fly. But none of these apply to the peafowl. Peafowls are the largest birds that can truly fly. Despite their immense sizes, peafowls can fly great distances; remaining airborne for as long as they want. In other words, they can launch their 40-inch heavy weight into the air and fly just as swiftly as sparrow would. If they can pull off this stunt, I see no reason not to be comfortable with their so-called pride.

Fact #2: They Are Seen as a Symbol of Pride

The trademark image of peafowls is a brightly colored bird with a series of repeating pattern displayed like a semi-circle on its tail. The ability to do this lies solely with the male bird. Very apparently, they also use this to attract the female birds during mating seasons. While they see this as an essential aspect of courtship, humans will continue to read other meanings to it. We see them as proud even when they are just being themselves. Now we owe them one, don’t we?

Fact #3: The Misconceptions About their Names

Worldwide, we call this bird peacock. But in the animal high court of law, this statement could be patriarchal. In fact, gender inequality may as well exist in the animal world too. generally, they are known as peafowls. The word “peacock” describes only the male while the word “peahen” describes the female. Their young ones are called peachicks.  But trying to correct this impression is a hopeless cause. After all, the most popular appearance of this bird is the characteristic pose of the male during frequent show-offs.

When a peafowl is described as an albino, what probably comes to your mind is a bird that has no coloration at all. Well, you are almost correct if you think so. However, the albino peafowl we discuss here is the type that is absolutely white in color. They are white from beak to tail but are not actually albinos since their iris do not also have the same white color. In essence, their bodies lose their colors and become white while their iris color remains unchanged. The loss of the essential pigment, melanin, in peafowls, is referred to as leucism. This phenomenon happens most frequently when this bird is in captivity. 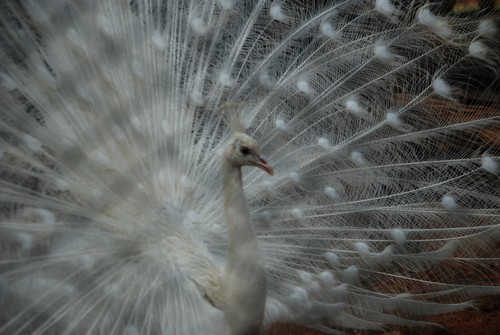 Fact #6: They are Somehow “Bigger” Than Ostriches

You are probably thinking the author is crazy for making the assertion above, but look closely. The fact remains that peafowls are technically the biggest birds alive. This is how they manage to pull it off. When they stretch to their full wingspan, and length, when measured from head to toe, they look like avian parachutes as they strut around to attract peahens. In this fully blown state, they are bigger than ostriches.

Fact #7: They Have a Horrible Taste

Now here is one secret about peafowls. They have a very horrible taste. Their beauty is only a beautiful excuse for not being sweet in the human mouth. Previously, the early man thought that a bird as beautiful as the peafowl would taste magnificently when cooked. If only we were there to see the grim look on his face after he tasted the horrible meat. Be that as it may, there are a number of tribes and people in the interior regions of Africa see this as good food. In fact, with the exception of royalties who use the peacock’s feathers to decorate their palaces and royal costumes, many natives have no other use for this bird than for their stomachs. 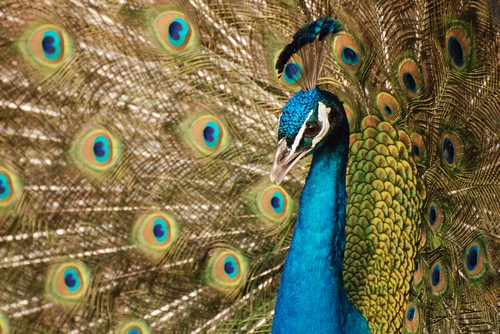 Will humans steer clear from birds that have beautiful plumage? Very unlikely! The scarlet macaw has fallen victim to the fashion-fuelled wrath of humans. So has the great eagle. Now, it is the peafowl. many fashion designers use the feathers of this bird to beautify their productions. For this reason, the peafowl is a target. But this is not bad news. They actually shed their beautiful feathers once every year. What this means is that even poachers would not have to kill the birds. All that needs to be done is to let them shed these feathers naturally every year.

From all indications, February 14 is not only special to humans. peafowls may know a thing or two about it. Oh. They certainly know. Being very social animals, peafowls live in groups so as to have the opportunity to play with one another. It is in this social setting that the peacock gets the opportunity to strut around in the full majesty of its plumage to attract females for mating.

What is more? Peacocks are extremely promiscuous. They seem to lay with any and every peahen they can manage to attract. Well, not much is expected of a bird that is as glamorous as the peacock. The beauty of the green peacock for instance, is not one that many peahens can resist.

Peacocks are just plain beautiful like you can see on these images below. 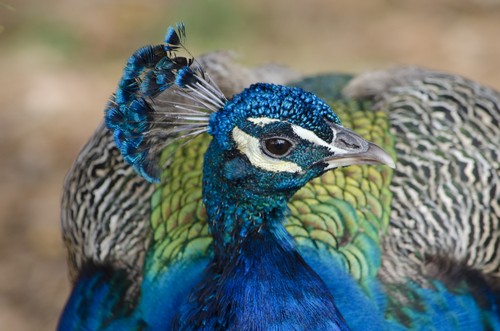 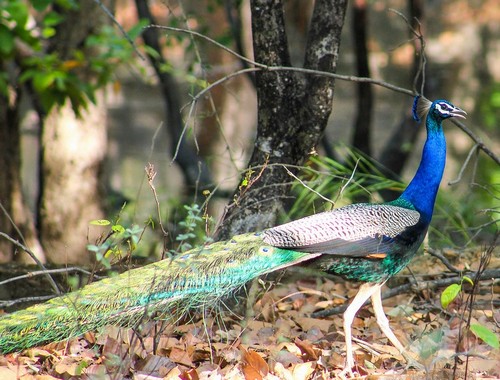 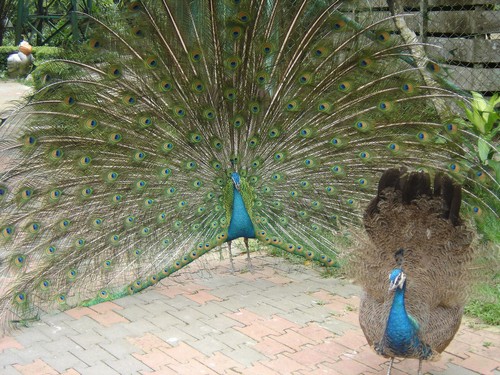 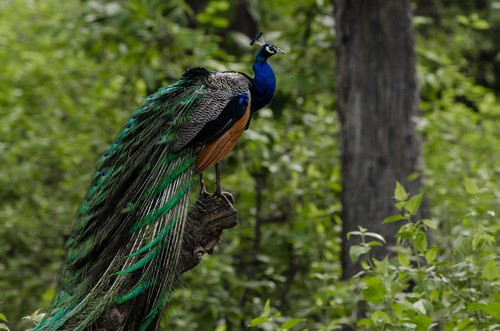 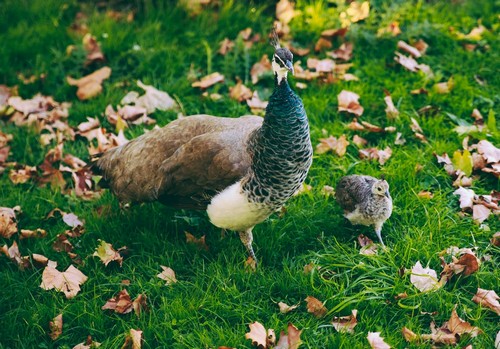 We come to the end of this article on peafowls with this section. If you have not seen a peacock strut proudly, displaying its epic plumage for visual consumption, you really need to see one. Interestingly, they can be easily seen in virtually all standard zoos around town.  And although, there are just three species of this bird in existence, there are many of them enough to go round the places they are needed. To know more about peafowls, you can stick around your TV, especially National Geographic. As always, the good old YouTube is always to be relied on for quality videos on peafowl.