Many people think that scales are only found in the body of a fish.  They also expect that should there be any other animals with scales, it would be a reptile.  This is because fish is found in water and they would associate scaly animals with water.  Pangolins are not reptiles the only time you will see them in water is when they are swimming.  They are good swimmers.  They are beautiful considering the neat overwrapping scales.  Pangolins do not attack human beings but like any other animal it will defend itself when attacked.  Therefore, when you visit a zoo where they are found keep some distance.  It can whip you with the tail and cut your flesh with its sharp, hard scales.  When pangolin senses some danger it coils itself and hide its head inside its body such that you may not recognize it.  This is why it is important to be careful when inside a zoo or even in the forest and in vegetation.

There are eight species of pangolin.  They vary in sizes, which ranges between 30 cm to 100 cm long. Pangolins have a body that is fully covered with hard overwrapping scales which are plate-like.   These scales are made of keratin and they are sharp.  They use them for defense.  Their body from head to toe are covered with these scales apart from their underneath which have scattered hair.  They have claws that are large and curved.  Pangolins have very poor eyesight.  They have a strong sense of hearing.


Pangolins have a strong sense of smell with which they use to smell their prey and predators.  They have a tongue whose length is almost equal to its body size. It measures about 16cm in length and 0.6 cm thick. The tongue has a sticky fluid.   The stick fluid helps to capture its prey. Pangolins have special glands near their anus.  These glands produce a noxious smelling fluid with which they use to mark their territory.  They have no teeth.  Pangolins are solitary animals.  They live alone and only come together during mating.  The male is larger and bigger than the female.  They are mammals.  Pangolins have short legs.  They walk very slowly sometimes using their back hind with the help of their strong tail.  Pangolins are very good swimmers.

Pangolins’ habitat  are found in Asia and Africa.  They are found in warm and moist areas.  They also like living in places where there is dense vegetation because this is where they will find most insects.

Pangolins main diet is insects.  They are said to be insectivorous.   They eat termites, ants, larvae and many other insects.  In a day they consume an average of between 140 and 200 gms of insects.  Pangolins use their strong sense of smell and hearing to locate their prey.  Once they locate a prey, they use their long tongue to catch it.  You will find pangolin digging underground and in other vegetation with its sharp curved claws in search of termites, ants and other insects.  They also use their sharp claws to cut tree barks in order to get insects.

Pangolins normally coat their tongue with saliva from a gland located in their chest and with a tongue coated with saliva it is able to easily catch its prey.  Pangolins have no teeth and therefore cannot chew.  They usually swallow small stones with which they use to grind the insect they have swallowed. Pangolin move slowly and therefore they cannot compete with their prey.  They use their tongue to catch the unsuspecting insects.  Pangolins do not just eat any insect.  They are very selective.  From a variety of insects they will only eat a few types and leave the others.

You will always find a pangolin alone except during the mating season.  The male are much larger than the female.  Some species have male who weigh twice the weight of the female.  Pangolins mate once a year, usually during the warm season.  Instead of the male chasing the female like what happens with other animals, the female will go out and look for a male.  If there are several males in the vicinity they fight each other with their tail so that the more powerful male mates with the female.  After mating the female conceives.

Human beings have always been a big threat to pangolins. As human population increases there is always need for expansion in order to build homes, infrastructure and land for agriculture.  The people cut down trees and vegetation in order to get more land.  In so doing, the pangolin habitation is destroyed.  Pangolins are exposed to their predators and their young ones are eaten up.  Most of the insects die and some fly to other areas.  The pangolins are left without food and they die of hunger.  They also are unable to reproduce because of scarcity of food.

They have been hunting the pangolin for meat.  Pangolin meat is said to be very delicious.  It is also believed to be medicine for various diseases.  Some people believe pangolin meat has the ability to cure cancer disease.  It is for this reason that people have hunted and killed so many pangolins.  The price of 1 kg meat was going at $200.  The business of meat from this animal was so profitable that most people had made killing of this animal their main source of income. This meat was sold locally and overseas.  Pangolin had become the most trafficked animal in the world. 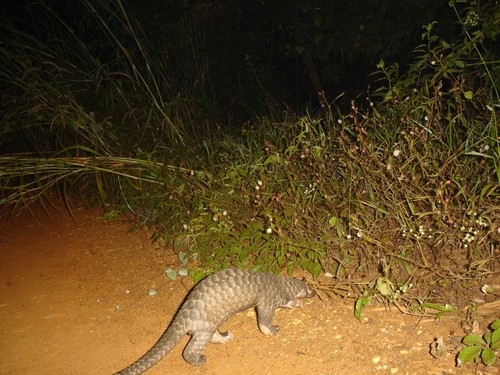 The hard plate-like scales from the pangolin are used to make both women and men’s wear.  These clothes would then be sold at a very high cost.  Nothing went to waste as far as pangolin was concerned. The blood also was believed to have some health benefits so it would be sold to some people.

Pangolin was also used by some people for traditional rituals.

The main predators are human beings.  People hunt and kill it for meat, skin and scales.  All carnivorous animals do kill and eat pangolin.  Pangolins do not move fast so they are easily caught by their predators.  The other setback of pangolin is that they have a very poor sight.  They are not able to spot their predator from far.  If a predator spots a pangolin before it smells it, then it can kill it and eat it without much defense.  When a pangolin senses a predator, it coils itself and hide it head.  In such a position the predator is not able to recognize it.  The other reason why it coils itself, is to protect its underneath and front part of its face which has not hard scales. 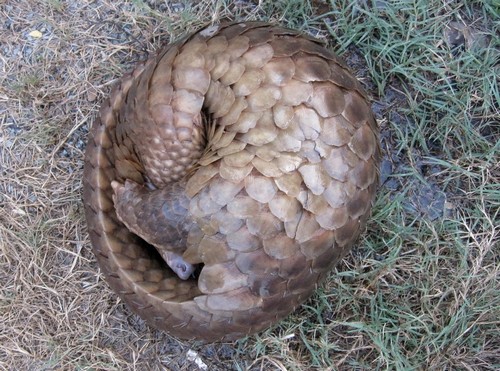 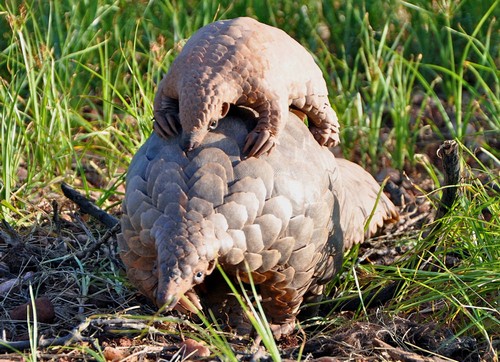 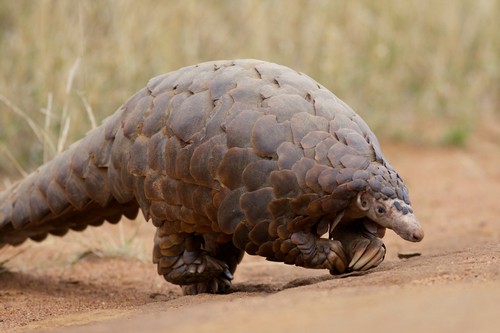 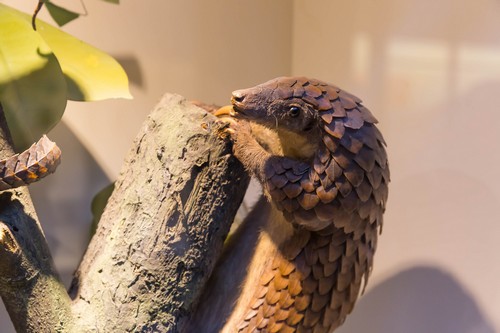 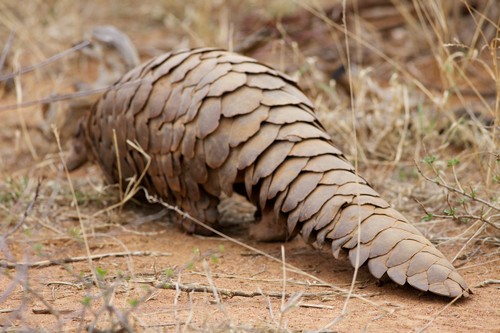 Because of the booming business of meat from this animal, so many pangolins were killed.  Some species were killed to extinction.  The governments of the countries where pangolin are found realized that if nothing was done, soon there would be no trace of any species of pangolin on earth.  Pangolin was therefore incorporated in the wildlife Act and it was declared illegal to kill them.

The local people have been and are still being educated on the importance of conserving Pangolin.  Conservation of pangolin is a big boost of a country’s economy.  Many people will travel far and wide to come and see pangolin.  They will pay to see this animal.  The visitors will also buy goods from the local community.  The local people will get employment in the hotels where these people will stay during their visit. 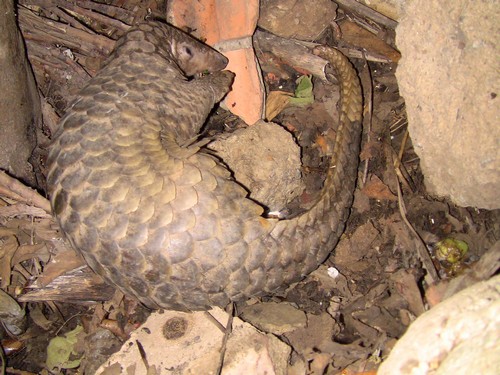 The people have been sensitized on the broad benefits of conserving pangolin, instead of just a few people benefiting from the killing of pangolin.  The government captured and put all the remaining species into captivity.  Conserving them has not been a very easy task because of their selective feeding.  At times knowing and finding the type of insects they feed on is hard.  All animals reproduce when the weather if favorable and there is plenty of food.  With the scarcity of food reproduction has not been as expected.