They at times hold hands while walking just like humans do, and just like humans, they also employ the use of tools to make their life easier. The otter is a small mammal that is interesting. It is from the same family as the honey badger, minks and polecats as well as wolverines and martens; the family Mustelidae also known as the weasel family. 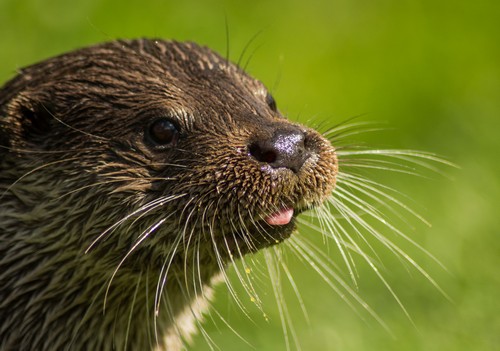 Some otters, such as the sea otter live almost completely aquatic lives while others are semi-aquatic, however all otters are adapted to life in the water and they are really good swimmers.  They can dive deep into the sea, a depth of up to 300 feet deep while holding their breath for up to 4 minutes. This enables them to dive deep down in search of food.

There are otters all over the world apart from Australia and at the Antarctica. These are the only two places where otters cannot be found.

These animals are said to have been around for more than 5 million years. They live for about 10 years on average in the wild, however this can double when they are in captivity and they can live for up to 20 years.

They are active during the night, hunting and feeding while during the day they will spend their time sunbathing so as to keep warm. They are really intelligent animals and they are considered to be among some of the most skilled animals in the world. 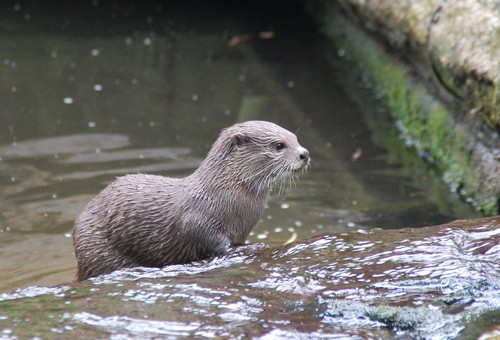 A group of otters is referred to as a bevy of otters, or a romp of otters. Normally the males and females will stay segregated. They have a thick, double layered fur that serves various purposes.

Otters live in dens that are known as holts and they make their holts or rocky terrain or they may make them under the roots of big trees. They are playful and like to have a good time; therefore otters will make waterslides which they use to slide into the water just for fun as well as playing with stones.

Characteristics of the Otter

This thick and double-layered fur helps to keep the otter warm by trapping in warm air in between the two layers. The trapped air further helps to maintain the buoyancy of the otter when it is in water.  To further enable their swimming, otters have strong tails, which they use to propel themselves while in the water. For some species the tail is short, however for some species the tail can be up to 1 foot long. 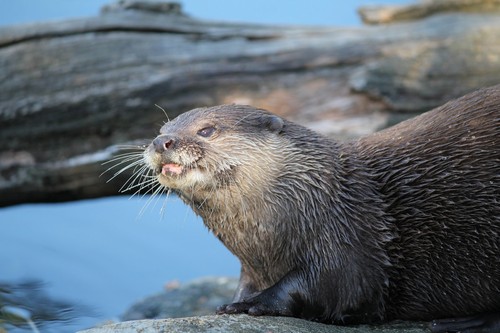 They also have feet that are adapted to swimming. Their feet are webbed, with big and powerful muscle which not only enables the otter to swim, but to also be able to dive into the deep sea.

The otter varies in size depending on the different species. The smallest otter in size is the oriental small-clawed otter that grows to a length of 60 centimeters and weigh up to 1 kilogram, while the largest otters are the sea otters and the giant otters. They can grow up to a length of 2 meters long and weigh up to 45 kilograms.

To keep up their metabolic rates, otters will spend about 3 to 5 hours of a day hunting so as to be able to consume, on average, between 15% and 25% of their body weight daily. However, female otters that have newborn or young pups will hunt for as long as 8 hours in a day so as to keep warm and be able to produce milk for the pup. 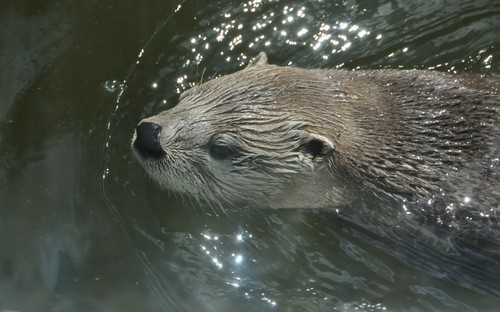 The diet of the otter

Otters were initially perceived to be herbivorous, however it is now known that they are pure carnivorous, feed on fish. This explains their semi-aquatic or fully aquatic lifestyles exhibited by the different species. They will go into rivers, lakes and seas mainly for hunting. They dive deep underwater to catch fish.

The main prey of the otter is fish that are found in different water sources, although they will also eat crabs, frogs and crayfish. They will also feed on shellfish and other shelled creatures such as the sea urchin and clams. They have been observed using stones as tools so as to break open shells and get to the fish inside. This is a skill they learn when young from the adult otters.

They will chase down their prey in the water or search the bottom of the rivers, lakes or seas for fish. For this reason, otters will live near water bodies since they depend on them for food; they stay on the land and will go into the water to hunt. The sea otter is different and it spends most of its time in the water. 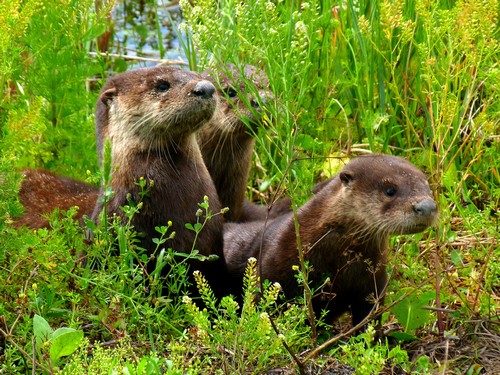 Since they are dependent on the fish, a drastic change in fish population will bring a notable change on the otters and their population. However, otters are also opportunistic predators and when there are other sources of food available, they will feed on them. They can eat small birds and animals when they get the opportunity.

Reproduction of the Otter

When the male is ready to mate, it will go out seeking a female otter to mate with; however the female has to give the approval for mating to take place. The female otter will roll on the ground to show interest and acceptance when a male otter comes around. All this happens on land, but for the actual mating, the male and female otter will go into the water.

Upon successful mating, the female will be pregnant for a period between 2 months and 3 months, after which 1 to 6 pups are born. The pregnancy period and the number of pups born vary between the different species. Birth, just as mating, takes place inside the water or they may be born on land inside the dens. 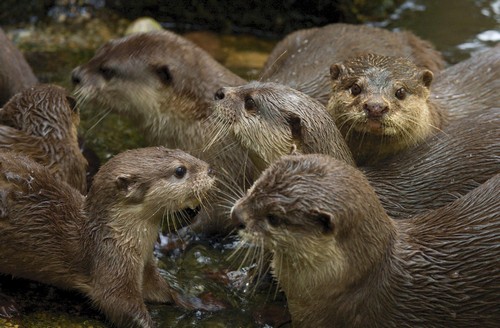 Furthermore, depending on each species, the pups will be weaned after a period of 8 months to 1 year. During this period, they will be suckling their mothers for food. They are born blind and they stay blind until they are at least one month old when their eyes open. Once their eyes open, they are then taught how to swim.

The pups will start eating solid food when they are about four months old and will commence learning how to hunt. First they are taught how to hunt on land as well as how to hunt in water. In terms of taking care of the pups, both the female and males otters are involved as well as juveniles.

Interaction between otters and human beings

Human beings and otters have interacted for a long period of time. Interactions have come in a number of ways which included human beings hunting otters to human beings using otters for fishing purposes. 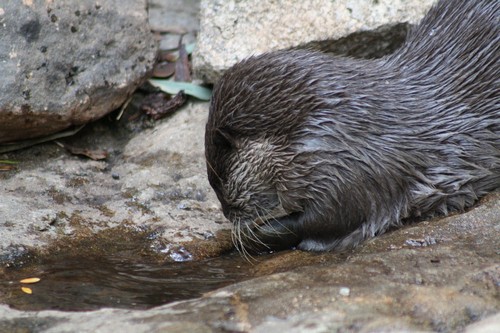 Otters have been hunted not for their meat, but rather for their pelts which were considered valuable, thus creating a thriving market for them. Some even used the fur to make coats, especially coats for children. This hunting led to a sharp decline in their numbers and currently most of the species of the otter are considered to be threatened and in need of protection so as to increase their populations once again. Otters are not extinct though  there are some species that are listed as endangered and vulnerable.

Human beings also use otters for fishing. Since they prey on fish, fish will always swim away from otters and human beings have learned to use this to their advantage. Otters are bred and then used to force fish to swim towards fishing nets in large numbers where they are easily caught. This method has been used for a long time being passed on to new generations.

In certain cultures, the otter was the basis of various myths with some cultures believing the otter is a sign of good fortune while some considered them to be a sign of bad things to come.