Did you know there are 264 Monkey species in this world?

There are two kinds of monkeys- Old word monkey (that live in Asia and Africa) and New world Monkeys (that live in South America).

Only few live on trees while rest live on ground.

Apes are different from Monkeys.

Almost all monkeys have tail.

A group of monkeys are generally known as ‘tribe’, ‘mission’ or ‘troop’.

Smartest New world monkey is Capuchin monkey, they are capable to use tools and can quickly learn new skills.

Main difference between monkeys and apes is Apes have no tails while monkeys have it.

Monkeys have the capabilities to use vocalizations, body movements and facial expressions to communicate.

This creature is smart enough to share affection and love. It tries to make peace with each other by grooming.

Monkeys have high chance of being affected by tuberculosis, simian herpes B and hepatitis.

Apart from fruits and nuts, monkeys also eat animals. Some even eat dirt.

Smart monkeys will peel banana skin and will eat only the pulp.

They have strong grasping power with toes and hands.

Large cheek pouches are seen with Old World monkeys it helps them feed quickly and can store their food for chewing and swallowing later.

There are close to 81 species of the New World monkeys in Amazon basin as per the report of 2008, new ones are still being discovered.

Beautiful silver leaf monkeys are seen in shades from silver to gray color. Its infants are in orange color.

There can be almost 20 vocalizations for Squirrel monkeys.

The Squirrel monkey male sometimes assert dominance by way of urinating on younger ones.

Male guenon adult monkeys will at times chase an eagle that has disturbed its family member in the past, sometimes even threatens the eagle and make it let go off its prey.

The free-living species of monkeys in the Europe is Barbary Macaque. 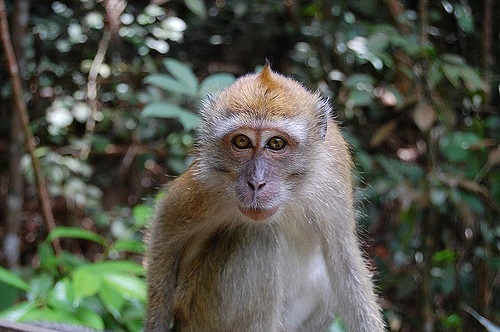 The loudest monkeys are Howler monkeys, just as the name states.

Howler monkeys howls is heard till two miles in forest and up to 3 miles in any open area.

These Howler monkeys does productive things only up to 20% and rest up to 80%.

Pulling the lip or grinning are signs of aggression seen in monkeys, also they yawn, do head bobbing, and also jerks the head and shoulders forward.

Monkeys live in grasslands, trees, mountains, on high plains and in forests. 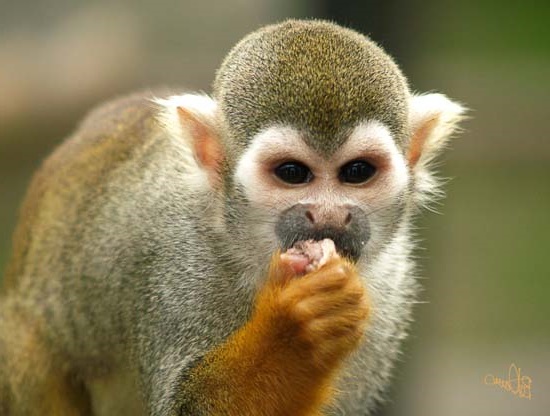 Only Spider monkeys and apes swing from arms to arms on trees, the rest do not have the capability to do the same.

Proboscis female monkeys are well known to have smaller pointed-noses. While males have long-noses, these noses keep growing for the complete life of the monkey.

The miniature-spider monkeys have farfetched tails; these can hold weight of its whole body.

Touching monkeys makes them aggressive and will start harming you.

Monkeys hate being held by their tail. They will attack immediately once it is freed.

One of the most intelligent animal is Monkey.

Monkey do not feel cold; their body is built such so it won’t get infected by cold.

Monkeys are very social and love to live in groups.

Though they are great swimmers, they prefer to be not in waters.

In India monkeys are worshipped, they represent Lord Hanuman

Monkeys like grooming each other by removing bugs from hair and skin.

The longest childhood is for Orangutan monkeys.

The snow monkeys or macaques, of the northern Japan have thicker skin coats, this helps to keep themselves warm.

Nocturnal primate has large eyes, as much as their brains. This helps them to have sight even during dark.

Rhesus macaques are mischievous species, they get into houses to steal food and clothes. All plantations and garden are destroyed by these monkeys.

Make love, not war is the mantra of Baboons, they resolve disputes through intercourse.

The only kind of wild monkeys in Europe are Barbary macaques, feeding these species will result to $ 800 fine.

The red patch on the chest of malagelada is a vivid and easy way to differentiate them.

With 99 percent of close DNA features, Chimpanzees are closely related to humans.

Not everyone knows, monkeys can count. 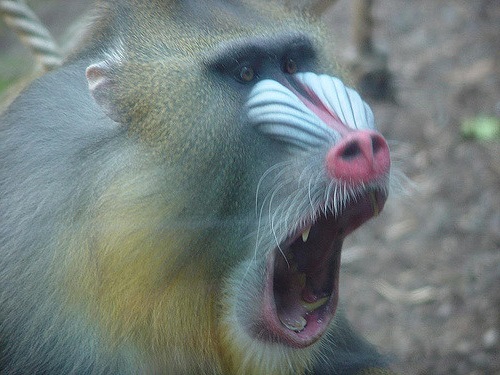 Capuchin monkeys will smartly urinate on themselves to attract mates.

Bonobo monkeys are closely human like and are naturally bisexual.

In Thailand and Malaysia, monkeys are trained to harvest coconut plantations.

Just like human, optical illusions are suspected in monkeys. 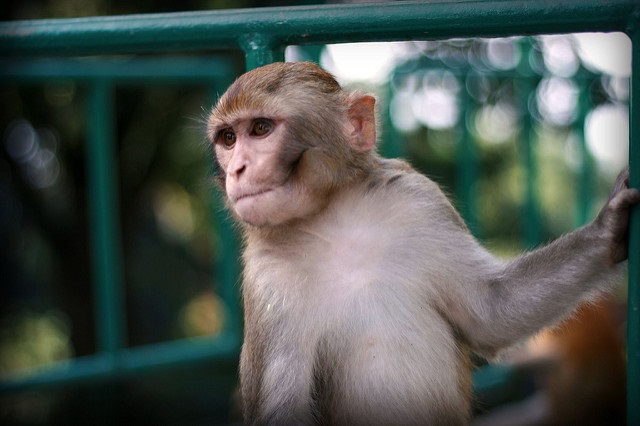 A monkey was arrested in Pakistan for crossing the India border, during 2011.

Monkeys are used as waiters in a restaurant in Japan.

The smart Capuchin monkeys knows to show bias for those humans who do not help each other.

A monkey played the role of Yoda, in Star Wars.

Monkeys have raised a Colombian human after she was kidnapped and abandoned.

In China, Africa and South Asia monkey brain are eaten by many. 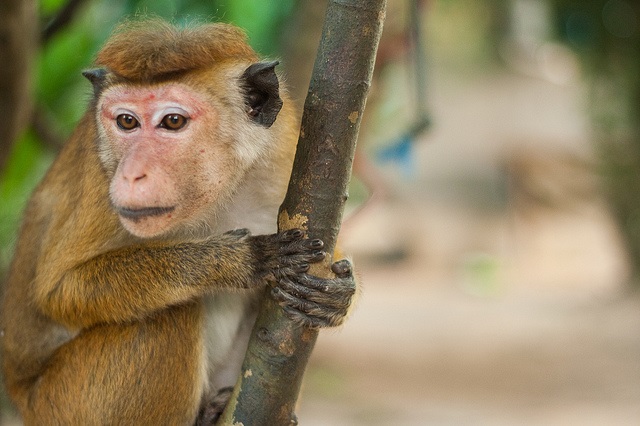 There are Machiavellian monkey, it is a specific species of this kind.

Monkeys like to be clean, so each troop has a barber who chops off its customer’s hair.

The colors red and blue on Mandrills’ face will brighten when it gets excited.

Not many knows the fact that first living-creature to be in the space is rhesus monkey which was names as Albert I.

Up to 3 miles the howls can be heard if a troop of howlers yell.

Spider monkeys can walk in two legs on tree branches.

It is said by scientists- “Humans and Old World monkey share same ancestors. Sometime around 20 to 30 years back evolutionary split has happened.

Patas can run as fast as Racehorse, that is 35 miles per hour. 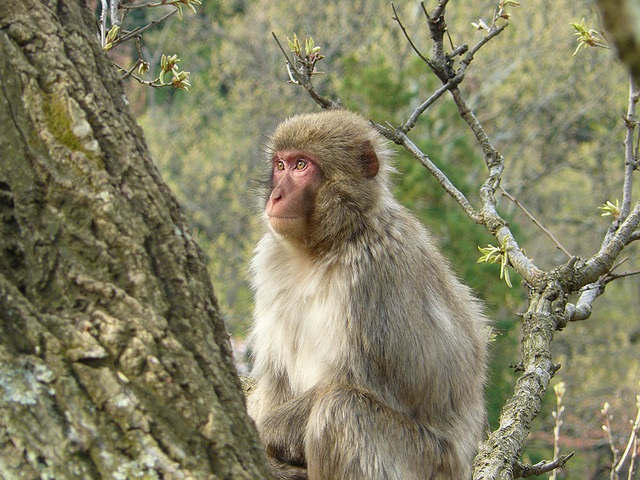 Lesula monkey are newly discovered and these are found in the Democratic Republic of the Congo in Africa.

It is possible for monkeys to carry disease that can threaten human life.

Monkey usually live in groups and will hunt together.

This creature shares a lot of human characteristics like fear, love, compassion, anger and hate.

Monkeys are good at nursing; they take care of each other when they get sick.

Monkeys will hold hands of each other’s to show affection and love.

Monkeys can interact with each other through silly plays, intertwining tails, cuddling and holding hands.

Monkeys love bananas because this is found where wild primates live and most of the monkeys are omnivorous.

Owning monkey is widely banned almost at all parts of the world.

Monkeys have been lucky to travel to space before humans.

Monkeys communicate through howling. Especially in case of any danger, a howl will gather all of them together to resolve the problem.

They make their own food hunting tools. They know to sharpen tools, create bend and curves to tweak fruits from every nook and corner of the trees.

South American Titi monkey will choose their mating partner for a lifetime and will never cheat on them.

Titi monkeys share love, care and affection with only one single partner.

It is a myth that Apes are monkeys.

Foods for monkeys are seeds, flowers, leaves, nuts, eggs, fruits and small insects which include spiders.

Some monkeys are destructive and can destroy all agricultural corps.

Up to 1.6 km the booming sound of a monkey can be heard.

Monkeys usually have two canine teeth along with four of cutting teeth.

Tail of monkeys helps them to swings between tree branches.

Proboscis is monkeys with longest nose. They are usually seen only in Australia and island of Borneo.

Tail of Spider monkeys are long and this is considered as the fifth limb as they have only 4 fingers and toes in each foot and hand.

Greeting is expressed between different troops of monkeys by hugging each other.