Ladybugs can be seen almost everywhere.
If you have your own little garden that is healthy and you do not use any insecticides or artificial pesticide;
then you will probably find one in your garden.

These little bugs have various names depending on the region, in some places they are referred to as lady beetles, ladybirds or ladybird beetles. Scientifically they are known as coccinellids and there are currently over 6000 species that have been identified. They are actually not bugs, but rather they are beetles.

Their name has an interesting history, being traced back to Britain. In Britain Mary is known as Our Lady, and is often painted having a red cloak on. In comparison to a species of this bug which has a red back and with seven spot. The seven spots are taken as a symbol of the seven joys of the lady Mary.

Therefore the bug came to be known as Our Lady’s bird, and this slowly became ladybird and ladybug in other places such as the United States of America.

There are species that are brightly colored while others have dull colors. For the brightly colored one, the bright color actually helps to keep away predators since their color serves as a warning sign of their toxic nature. Ladybugs will produce a liquid that has a bad odor from the joint of their legs when they feel threatened. The liquid is sticky and it does contain alkaloids.

Another interesting fact is that if you look at their larvae, they look like alligators. They have pointed abdomen and legs at the side making them look like miniature alligators. It is believed that a female ladybug will not only have fertile eggs, but will also lay infertile ones, and once the larvae hatch from the fertile eggs, they will consume the infertile eggs as their first source of food.

This ensures that her offspring are able to survive even when they are born in harsh conditions. The adults will normally gather together as the day ends and this is because in their numbers there is warmth.

They will gather together in large numbers and shelter together, thus they are able to benefit from the warmth they produce as a mass. They will also come together during the day when it is cold and during the winter period, sometimes seeking shelter inside people’s houses for them to be warmed.

The little beetles will do anything to survive and they exhibit cannibalism. When there is a scarcity of food, the adult ladybug will eat juveniles as well as newly hatched larvae and even eggs that are yet to hatch.

Their wings beat so fast when they fly and can beat up to 85 times per second when a ladybug is in flight. In terms of their size, the females are, on average larger than the males. Ladybugs have jaws that move like that of a human being, moving side to side as well as moving up and down when they are chewing.

These stripes or spots will continue to fade gradually as the ladybug gets older, hence the most faded will show the oldest ladybugs in comparison to the younger ones whose marking will be bright. There are those that are brightly colored, but have no spots or stripes.

Ladybugs will feed on specific insects depending on different species and this makes them great in controlling population of other insects and as such they are used as biological agents of control especially in the control of unwanted pests.

Diet of the Ladybug

Initially it was believed that ladybugs are purely carnivorous, but with recent research, it is now known that they are actually omnivorous and apart from consuming aphids and other insects, they also eat nectar, pollen, fungi and honeydew.

Some of the insects that they eat include mites and scales which are also known as mealy bugs. They are mostly welcome by farmers since they eat insects that farmers consider to be harmful to their plants, however there are species that are known to eat beans amongst other vegetation and such species are considered to be destructive especially when they are in large numbers.

Ladybugs have no specific mating periods and different species will mate at different times. They all have different pheromones so as to ensure that a female will only attract the males of her own species. These pheromones enable them to attract each other as they search for mates.

Once the male finds a female who is ready to mate, he will hold onto the female from behind as mating takes place. The mating process in ladybugs can take up to 2 hours each time they mate. One ladybug female will have more than one partner.

The female ladybug can keep the male’s sperms for a long period before she lays her eggs. She can keep the sperms stored for up to three months if necessary.  She will lay the eggs in places where food is available in plenty and if food is scarce, she will lay both fertilized and unfertilized eggs, so that when the larvae hatch they can consume the unfertilized eggs. A cluster of laid eggs may contain from 10 eggs up to 50 eggs.

The larvae will hatch after about 4 days, though this may vary since it is affected by environmental factors such as temperature. The larvae feed a lot and will consume a lot of aphids in one day as well as other ladybug eggs. They will undergo 4 larval stages before they go into the pupa stage.

This stage lasts for a period of 3 to 12 days depending on the species and during this stage the larvae develop into a beautiful young ladybug. Once they become young adults, they have a soft exoskeleton although this hardens over time. 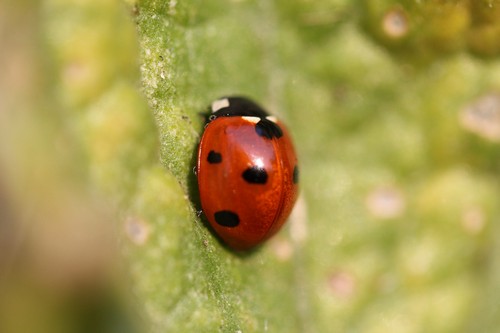 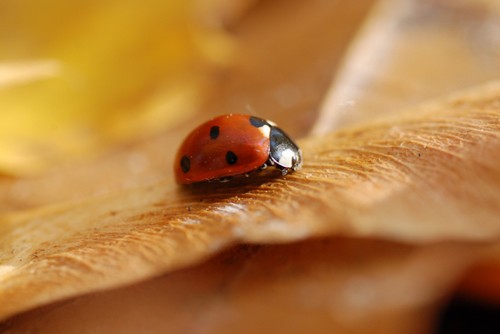 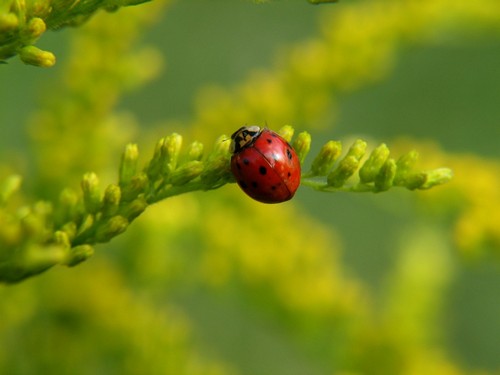 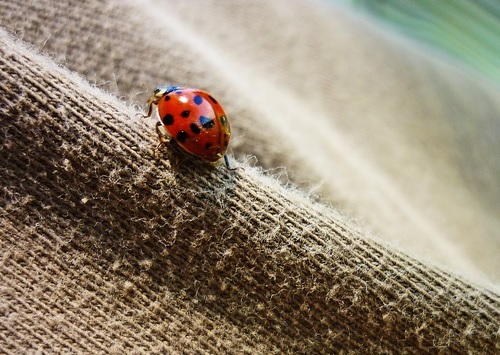 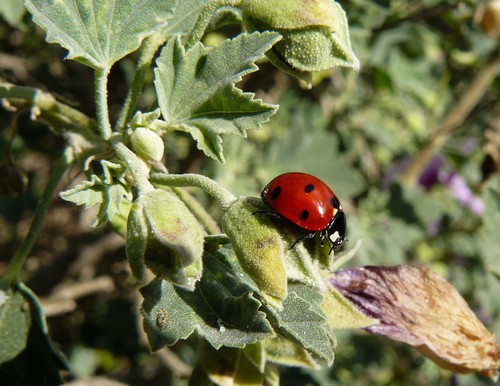 Ladybugs feed on aphids and other insects that negatively affect crop production and as a result they are seen as being beneficial by farmers. They eat a lot of aphids and one ladybug will eat over 50 aphids in one day. the ladybug can consume over 5000 in their lifetime.

Aphids will suck sap out of plants which in the long run has a negative effect on the plant’s growth and productivity, and considering that they occur in large numbers, they can bring quite a loss. It is therefore important to keep aphids at bay and even more important is to use a biologically safe method that will not end up harming either the plant or the environment.

Ladybugs provide a biologically safe way of dealing with aphids and other small insect that may harm plants in one way or another. Farmers are encouraged to use locally available species of ladybugs to control aphids, however one can buy ladybugs and release them into their garden if there are no local species available. 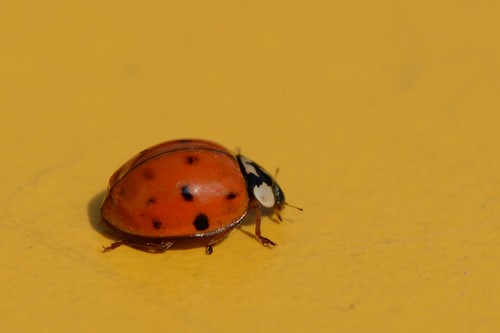 The larger species of ladybugs will also consume caterpillars as well as the larvae of other destructive insects thus keeping their number low. Due to this, ladybugs are being championed as being great agents for biological control programs.

Ladybugs have been a source of interest for human beings over the years and as such they have come to bear various significant beliefs among the different human cultures and societies. There are many stories, especially children stories that are based on the ladybug, as well as poems.

Apart from being in stories and poems, they are also viewed as being a sign of good luck or a sign of good things to come. In some cultures, it is believed that if you see a ladybug, you can make a wish and that wish will come to pass. In Christianity, they are associated with the Virgin Mary and this is the origin of part of their name, Lady. 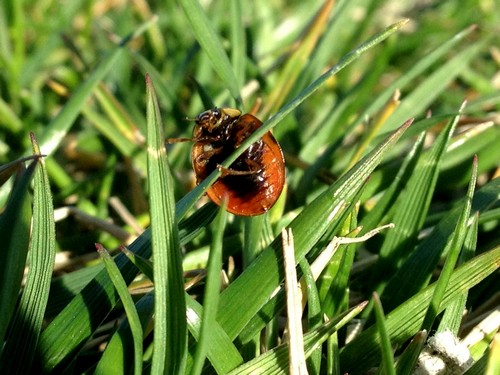 They are also used in the logos of various companies and businesses such as the famous Ladybird Books that produces story books for children.

Although the number of some of the ladybug species is considered to have declined, they are not really considered to be endangered and emphasis is being placed on the preservation of their habitats so as to prevent them from reducing further in number.