These little birds, found mainly in New Zealand cannot fly, and unlike other birds they do not have hollow bones, but rather they have bones that have bone marrow. The scientific name for this bird is Apteryx with five species which are haastii, mantelli, australis, rowi and owenii. The name Apteryx is a Latin word meaning wingless.

It is believed that these small birds exist as a result of New Zealand’s isolation from the other parts of the world that forced animals found there to adapt and evolve so as to be able to survive and reproduce. The evolution is what has led to the current appearance and characteristics of the kiwi bird.

Kiwis are in the same group of flightless birds such as the ostrich, the only difference is  that they are way much smaller. They are a national symbol of New Zealand, with the name kiwi being associated with many things in New Zealand including their famous rugby national team.

These little birds look so much like mammals that they are referred to as honorary mammals. They have excellent memories and can remember something that happened as long as five years back. Even though they have feathers, they have adapted to their ground based way of living and their feathers look and feel more like hair rather than feathers.

This acts as a great camouflage and they are capable of hiding in a bush and going completely unnoticed especially by aerial predators. It is believed that they become flightless due to the fact that there were no terrestrial predators in their territory in the past and therefore there was no need to fly. They spent their lives living safely on the ground and eventually over time they evolved and became flightless altogether.

Unlike most birds, the kiwi bird has a great sense of smell, with nostrils at the end tip of the beak which enable them to sniff out prey that is hidden in bushed and underground. Another interesting fact is that kiwi birds make long term commitments and they can have a monogamous relationship that will last for up to 20 years.

Characteristics of the Kiwi Bird

Being flightless, there are various adaptations that the kiwi bird has undergone so as to live on land. They have no keel to anchor the muscles of their wings because they do not fly and therefore do not have greatly developed wing muscles compared to the muscles of other birds.

Their wings are small in size due to the fact that they are vestigial and are not easily visible because they are covered with the hair like feathers. The feathers are hair like as an adaptation to terrestrial life since they are never used for flight.

Kiwi birds have small eyes and as a result have poor eyesight. However to counter this, they are equipped with a strong sense of smell that is well developed as compared to other birds. This enables them to sniff out their prey, especially at night.

For better hunting efficiency, they have a long beak, and also have long and strong claws on each of the four toes of the feet. The legs are also strong and fleshy, well adapted for digging. These claws can be used for hunting and digging up prey, but also for defense and passing a warning to others to keep off. The claws are strong enough to break apart logs that are rotting.

In terms of the environment, they like to live in areas that have subtropical forests, however due to forests invasions and destructions, they have been forced to adapt to other environments for survival.

Social life and behavior of the Kiwi Bird

Kiwi birds are shy in nature, but they are known to react when pushed to the limit. They are territorial birds and will use their claws to keep away other birds from their territories. Kiwi birds are nocturnal and will hunt mainly at dawn and at dusk.

Since their nostrils are near the tip end of their beaks, dirt will get into the nostrils as they hunt, therefore they keep clearing the nostrils and this produces a snuffling noise which is heard clearly.

The mating season for the kiwi bird is the period from June up to March. Since they keep their mates for a long time, they will call for each other during the night. Once together, they will go to a burrow meant for nesting for every three days.

The female kiwi bird lays a very large egg and compared to other birds, she lays the largest egg as big as size of her body. The egg can be up to a quarter of the female’s weight when laid. 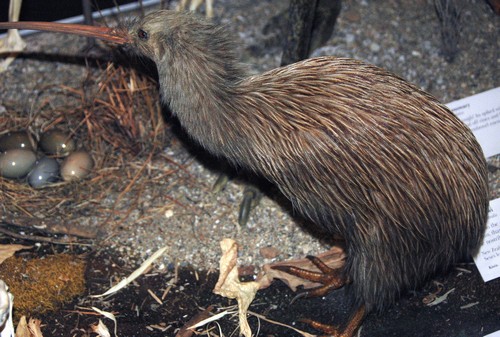 To produce such large eggs, the female kiwi will eat up to three times her normal consumption so as to facilitate the growth of the egg. It takes about 30 days for the egg to fully develop. However, when it is almost time to lay the egg, the egg is usually so large to the extent there is very little space left even for food in the kiwi bird female’s body. This forces the kiwi to stay without eating for a few days before she lays her egg.

Once the egg is laid, it is the male kiwi that incubates the egg and it is incubated for a period of between 65 days and 95 days. However for the Great Spotted Kiwi, scientifically known as Apteryx haastii, both the male and female are involved in the incubation of the egg.

The chick is born with full feathers already developed and this is attributed to the availability of a high percentage of Yolk inside the Kiwi egg. The chick is never fed by its parents. 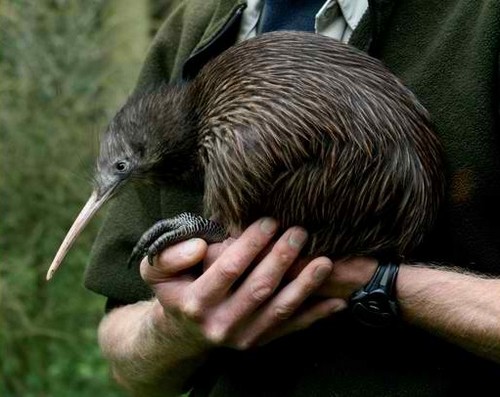 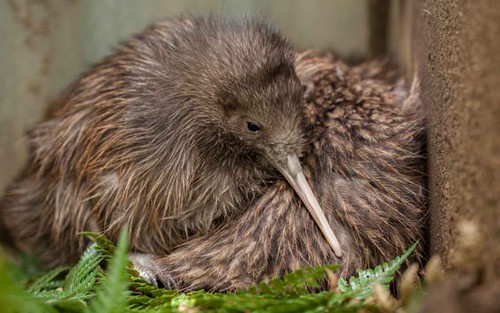 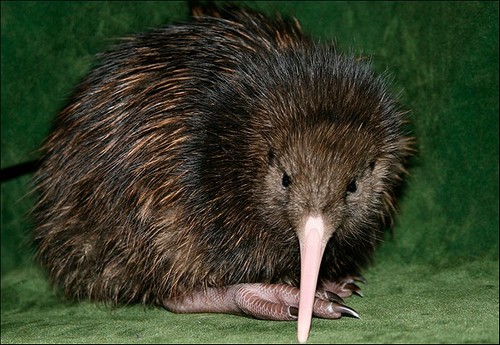 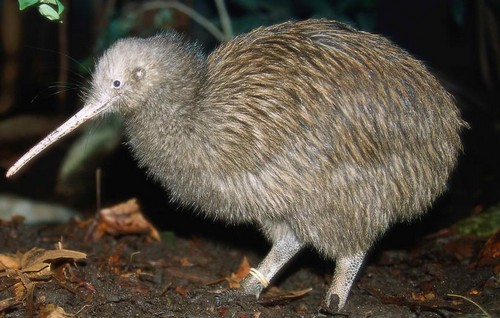 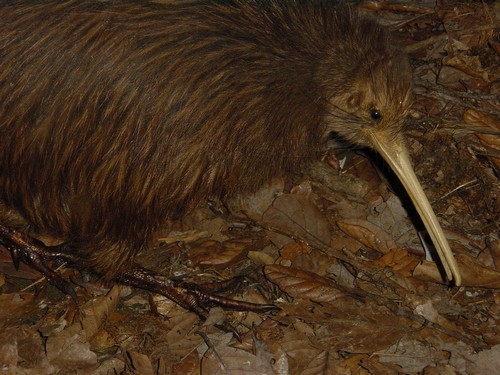 Conservation of the Kiwi Bird

It is estimated that only about 5% of all Kiwi chicks would survive if no pest control was done and so there are efforts being put in place currently so as to control the population of pests and other animals that would prey on the Kiwi bird.

Stoats are thought to be responsible for most of the kiwi bird deaths, especially the chicks, although even cats will prey on kiwi chicks. This is because kiwi chicks are more vulnerable, although once they attain a weight of above 1 kilogram they have the capability to defend themselves.

Dogs and Ferrets on the other hand will mainly prey on adult Kiwi birds. Apart from these the kiwi bird further face threats from being hit by vehicles and also the loss of, or damage of their habitats which will inevitably affect their breeding. 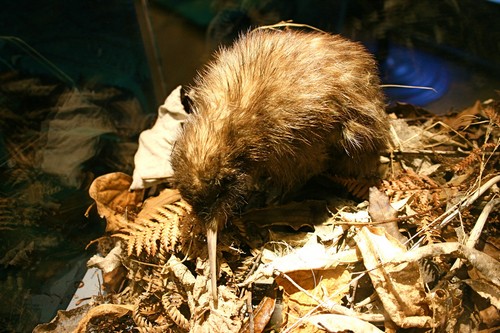 There is an operation, referred to as Operation Nest Egg that runs a program seeking to ensure an increase in kiwi bird population by taking kiwi eggs as well as chicks from the wild and then have them hatched and then raised in captivity under close watch. Once they are big enough to be independent, they will be released back to the wild.

This has been effective since it has raised the chances of survival from a mere 5 percentto about 60 percent of reaching adulthood. This is used to increase the population of all the species apart from the little spotted kiwi. The operation is run by BNZ Save the Kiwi Trust.

These birds are spectacular and fascinating to see and although they are nocturnal, when they are in safe environments they can be viewed during the day.