Have you ever lived in California?? Well, you should! Apart from the majestic and beautiful beaches, this city also boasts a king. Yes, it is true and it not that regular Your Majesty, rather it is a snake! The King Snakes!

These king snakes are one of the most spotted snakes in the U.S. These are generally terrestrial creatures which prefer to dwell on the lands. They are mostly popular and well known since these king snakes feed upon other poisonous snakes. Though it eats such venomous snakes like the rattlesnakes and copperheads, yet it doesn’t die of the poison.

Apart from their predatory skills, these king snakes also have a very appealing appearance with shiny and glossy scales which constitute its outer body. These King snakes also possess several hues and patterns on its skin. Among these patterns, the one which has been spotted the most is the banding, which is generally a light hued band over a duskier background.

The King snakes are generally small to medium-length snakes which are non-poisonous and tend to kill their prey with the method of suffocating and squeezing.

These king snakes are one of the most commonly spotted species of snakes in the North American subcontinent and its nearby areas. These snakes get their particular name because they are known to kill other poisonous snakes and also snakes of their own species.

These king snakes are also very popular since these have a very well defined and shiny, as well as glossy outer scales on its body which makes it really a thing to watch for. Apart from all its predatory qualities, these king snakes are one of the most sought after domestic pets among the snake enthusiasts.

Although the king snakes are spread across a various areas and regions, still they find a similar habitat and environment in which they dwell. They are generally found in the forests, rocky regions, agricultural fields and also in the deserts.

The king snakes which belong to the humid areas prefer to spend most of their time around the banks of the rivers and swamps. These king snakes are mostly terrestrial animals and do not prefer to venture into the seas or other water bodies, but rather stay in the lands.

According to various biologists, the king snakes have been found out to be nocturnal and are generally spotted during the wee hours of the night. Although most of them are nocturnal, yet there are some very few species of these king snakes which are actually diurnal, which means they can be spotted both during the day and night hours.

These diurnal king snakes are generally found around the areas where the temperature is moderate. According to the king snakes, the moderate weather would include the Southeastern part of the North American subcontinent during the winter season.

Apart from the winter seasons, when it is hot in the America, these king snakes tend to come out during the mornings or in the early hours of the day.

These king snakes have a very brutal and lethal procedure of killing their prey. These are said to be constrictors. This implies that these king snakes tend to squeeze and choke the prey to death and then engulfs the entire body of the prey in one go.

The king snakes are not the typical ambush hunters, rather they are active hunters who tend to hunt their prey down from the front.

These king snakes tend to follow their prey and hunt them down with the help of their special ability of recognizing the scents. Once the snake has found its food, it quickly grabs the prey with its mouth and begins squeezing it due to which the flow of blood to the brain stops and the prey dies within a few seconds.

These snakes only eat for a few times in the entire month depending upon the dimension and size of the animal it has consumed.

The King snakes have been found out to consume various animals such as the rodents, birds and other small reptiles such as lizards. It has also been noticed that the king snakes that live in the wet and humid areas also tend to eat the turtles and some frogs.

It has been found out by various well known scientists and researchers that these massive king snakes are generally oviparous. This means that these king snakes tend to lay eggs of their hatchlings and it is quite interesting to notice that these eggs take approximately very little time to gestate inside the mother king snake.

It has been seen that the king snakes follow a particular pattern for mating. The major factor which determines the time they will be mating depends mostly on the weather and climate, with the ambient temperature being their most prerequisite factor.

The king snakes residing in the warmer and more tropical areas tend to mate during the spring season while, the snakes located around the colder areas wait till summer and late spring appears and begin the mating process when the temperature is at its peak.

According to various researchers, the common mating season starts from early March to the late fall of August and a quite interesting feature of these female king snakes is that they often incubate more than one batch of eggs every season. 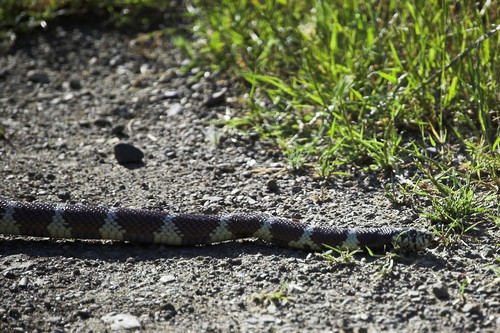 It has often been seen that more than one male vie for a female snake. In that case when more than a single male king snake wants to mate with the same female one, the males will fight for the right to mate with her and keep on fighting until when one of the male accepts his defeat and lays of the ground with its head laid flatly on the ground.

The female king snake tends to lay a batch of eggs which consists of approximately four to twenty eggs which it lays in unconventional places such as the debris of some buildings, some rotten wooden articles and other areas where it feels that its eggs are protected from foreign attacks. 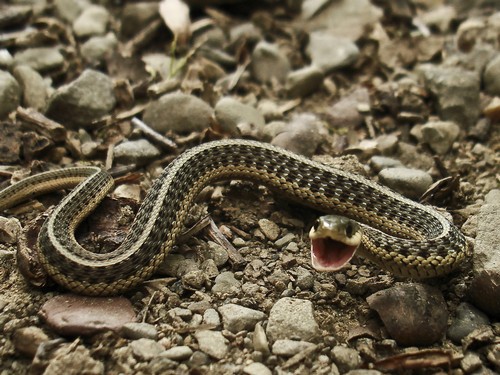 The mothers then flee away from its eggs, which tend to break open on their own and out comes very little hatchlings after about two to three months.

These newly born hatchlings generally measure up to about one foot in overall length. A quite interesting thing regarding these new king snake hatchlings is that these newborns do not have anyone to look after them and they are completely free and independent from the moment they are born.

The king snakes are known to reach their sexual and reproductive maturity at around three to four years after they are born. Though these king snakes have an average life expectancy of around 20 to 25 years in the zoos and other captivities, their life expectancy in their natural environments is quite unknown and a topic of huge debate. 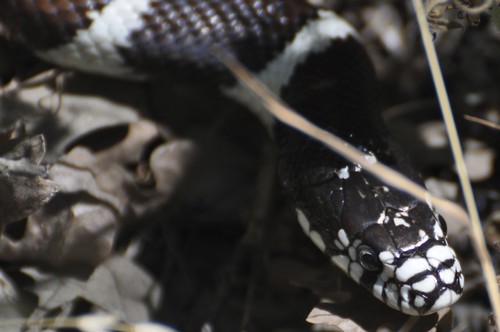 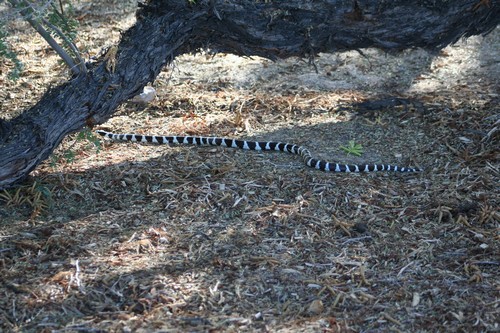 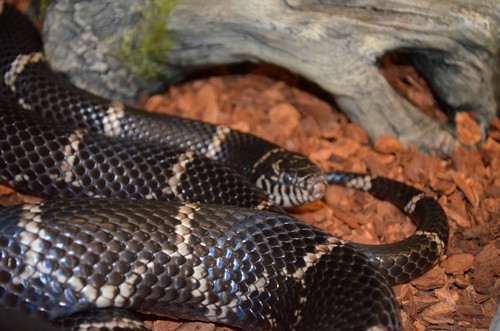 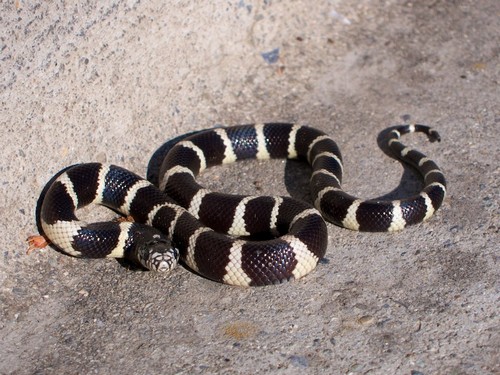 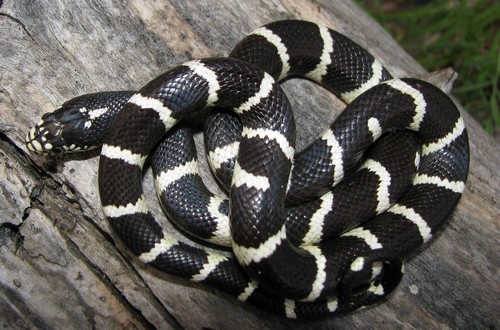 Although the population of these king snakes in the North American regions is not at an alarming situation, yet it has been seen that from the past couple of years their population is decreasing quite rapidly.

Although the common cause for this alarming decrease may seem poaching and other human activities, but nature is also to blame for such a critical situation. The invasion of swarms of fire ants is the main cause for the decrement of the numbers of these ants, since these ants tend to eat the king snake eggs and their newly hatched babies, thus decreasing their numbers.