In the history of the Americans, Jaguar is known as the largest cat. Jaguar belongs to the family of Felidae in the genus of Panthera onca; the jaguar is the new world mammal in this family.  However, it is the third-largest in the world after Tiger and lion, and in the western hemisphere, it’s the most powerful feline. The body length of a Jaguar measures around 240 cm and the height of its shoulders is about 75 cm, and a fully grown jaguar weighs about 151 kilograms.  Its body size and shape is a good match and the more reason it is strong and able to find its prey over all other animals. But the female jaguars are about 20 percent smaller than their male counterparts. Jaguar has powerful jaws, compact body, and a broad head.

Jaguar is one of the most important animals for its impact in forming a good relationship with the people. Some indigenous communities use Jaguars as their symbol of prayer. It’s also common to find songs that are affiliated with jaguars and even stories with Jaguars playing the central role. Although Jaguars may seem to be known among the communities and others may be afraid just by the mention of the name and understanding that they belong to the same family as lions and tigers, there are other facts that we may not be aware of Jaguars. In this article, we will try to find out some of the interesting facts that make Jaguars unique and stand out in a crowd of animals.


Due to the spots of the jaguar’s coat, it may be easy to confuse them with the leopards that are found in Africa and Asia.  To mark the difference between the two, Jaguars have stockier build and are larger in size as compared to the Leopards. With a close observation, you will note that the spots of Jaguars are fewer and bigger than those of the leopard. In the middle, Jaguars have small dots. Also, jaguar’s habits resemble closely to that of a tiger.

These are some the few differences that you will note to differentiate between jaguar and leopard. The spots on the jaguars’ coat are known as rosettes due to their resemblance with roses. The base of Jaguars coat is a tawny yellow in color but it ranges to black and reddish-brown although the spot varies from individual jaguar and individual coat. The neck and head have solid spots as well as the tail. When the two are merged, they can form a band. The leg, throat, underbelly, lower flanks and outer surface are white.

Unlike other animals in the wild, jaguars mate throughout the year. After mating, the female jaguar goes through the gestation period for at most 110 days.  All the cubs are born blind and regain sight after a period of two week. They are weaned for three months but remain in the den of birth up to 6 months old after which they get the chance of accompanying their mothers to hunt.

Just like other big cats, female jaguar takes care of her kitten for up to two years. During this period, she ensures that she trains all her young ones how to find and pick their prey in the wild.  After two years, the kitten is believed to be able to find its own territory to hunt. Female jaguars can give birth from one to four kittens. But most commonly she will give birth to two cubs.  Jaguars have a life length of about 23 years in captivity although they generally range between 11 and 15 years in the wild.

A female jaguar attains sexual maturity when it’s about 2 years and their brothers between three to four years. This is to mean by the time a mother kicks away her cubs; they are ready to start a generation of their own.  For the territorial nature of the Jaguars, a female will advertise her fertility and need for male by increased vocalization and mark her territory with urine scent. The estrous period ranges between 6-17 days of the 37 days full cycle.  With the risks of infant cannibalism, after giving birth to her kittens, a mother does not tolerate the presence of a male jaguar. During courtship, both female and male jaguars range more widely.

It’s easy to pick out different behavior from jaguars and other big cats although at some point they emulate the same habits with the rest of their family members. Unless Jaguars are in their mating season, they are long rangers. You will never spot jaguars moving together in a group.

Jaguars have sharp teeth and powerful jaws. For this reason, they mostly hunt on the ground. However, for them to be distinct from other big cats they will often climb trees and take advantage of their teeth and jaws by bouncing on their prey from an elevated spot. Their jaws are strong such that they can crush the skull.  The force of a Jaguars bite is more powerful than that of a lion.

Unlike other big cats, jaguars are known to love water, and they are good swimmers. It’s common to find them in the water swimming, playing, taking a bath or even hunting for fish at pools and streams. Their love of water is a bonus to their nature since when they don’t find anything to hunt on dry land; they can quickly identify their prey in the water. This is another fact that keeps them distinct between other big cats.  However, they also have something that binds them together with other cats. Jaguars can roar too. The sound of their roaring can be compared to a chest cough that is so deep.

When it comes to diet, Jaguars are known as meat-eaters animals. They are among the most feared predators. They can hunt for anything from eggs, fish, crocodiles, frogs, monkeys, peccaries, tapirs, snakes, sloths, turtles, deer and any other thing that they can catch; they are not restricted to a limited diet. They can even find their prey in domestic livestock such as sheep and cows. However, Jaguars don’t just hunt blindly. They ensure that they maintain a balanced population of their prey to prevent vegetation overgrazing. This habit keeps them as the carnivore of the top level. They are not centered on this list of animals. Jaguars can find their prey in over 80 species of animals without limitation of the animal size. It is believed that jaguars can drag a bull weighing about 360 kilos by itself using its jaws for a distance of up to 8 meters. The killing method of Jaguars is uniquely different and extraordinary by its nature. When it attacks its prey, jaguar crushes the skull directly between the ears for a fatal blow to the brain. 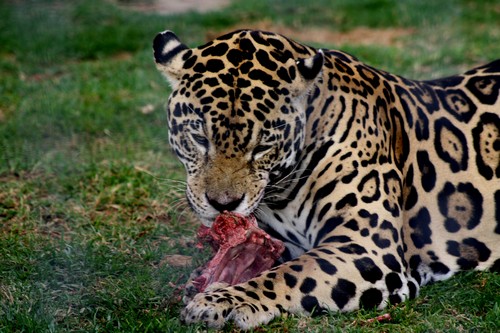 However, due to their size, Jaguars don’t suffer attacks from other wild animals rather than when they ambush each other when they crisscross others territories. This makes them be feared in the wild and therefore giving them the privilege of hunting at a wide range in the wild. Their physique also gives them ideal adaptation to environment and its prey.

Due to the dangers that Jaguars find of being hunted down by humans, they are not restricted to the same living habitat. Different Jaguars find pleasure inhabiting in different areas. Some like habiting in the rainforests, others in forests, others in mountain scrubs, others in pampas grassland, and others in swamps. Today, Jaguars are almost eliminated from the United States completely although, in the ascent days, they used to roam Argentina, South America all through to Grand Canyon, Arizona. 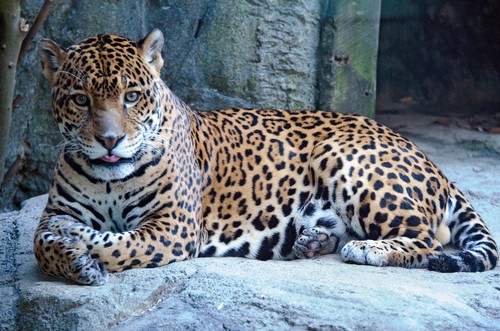 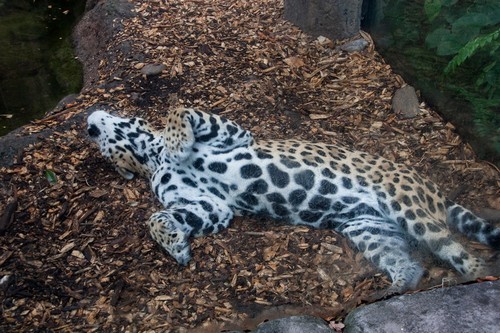 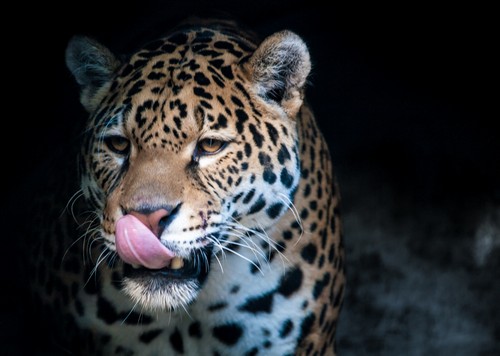 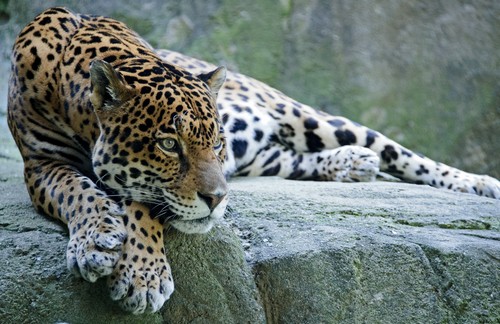 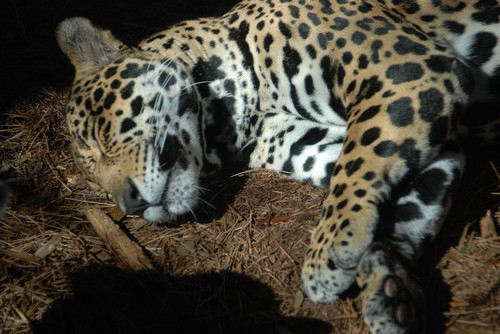 Like other animals, Jaguars are facing a decline due to excessive hunting and other illegal behaviors from the human species. Today, there is an estimation that only 15,000 Jaguars have remained in the wild. However, efforts from Binational conservation have been able to secure about 120 cats in remote Sonora Mountains in Mexico with the aim of safeguarding this species for future generations. This number is just among three other animals to have remained in Sonora. It’s also the last hope in the united state for jaguar recovery.

There are strict measures that prohibit hunting of jaguars in various countries to ensure that the final breed of this species is preserved and secure. In the process of saving jaguars, other animals in the wild will as well benefit from these measures. Therefore, we can say that Jaguars are umbrella species in safeguarding wildlife today. 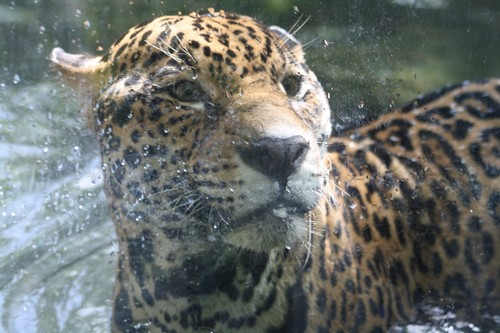