“Calm, beautiful, elegant, peaceful, low temperament, intelligent,” are the many adjectives you will hear people trying to describe guanacos.  It is true that everyone will want to be near this animal.  Guanacos are very beautiful and attractive. You will be tempted to want to touch the soft wool of their skin.  They are very friendly and are not known to attack human beings therefore if you see your kids going near them let your heart not skip a beat, they are absolutely harmless.

An adult guanaco has a height of between 1.0 m and 1.2m from the legs to the shoulder and a weight of between 90kgs and 140 kgs.  Its color ranges between light brown to dark brown.  Its underneath that is, chest, belly and the legs are white in color.  It has a grey face and two straight ears.  A Guanaco has four slender legs and a long slender neck which has a thicker skin.  It has a smaller head and a split upper lip.  Guanaco has a double coat, that is, a soft inner coat and an outer coat which has garde hair. Guanacos have long thick eyelashes.  These long, thick eyelashes, more than making them very beautiful, protects the eyes from dust brought about by the other fast running guanacos as well as the dust from desert wind.

Guanacos move in herds.  You will find a herd composed of females, their young ones and one dominant male guanaco.  You will also find another herd composed of males alone.  These males are said to be bachelors. These bachelors are many in number and may go up to 50 guanacos.  You will also find another small herd of about 10 composing of male guanacos who are not bachelors because with time each one joins a female group and becomes the dominant male.

No animal can beat guanacos in swimming.  They are excellent swimmers. They have two paddled toes on each leg which helps them to run over steep and rocky places at a speed of about 50 km to 56 km/hour.

Where do Guanaco live?

Guanacos are known to live in high altitudes of up to 4000 meters above sea level.  They are known to be masters of survival because they do adapt to any environment.   You will find them in intensely arid regions as well as in very rainy regions.  Guanacos’ blood is very rich in red-blood cells, four times the number found in human body.  This is the reason why they are able to survive in low oxygen areas. Guanacos are also found in grasslands, savannas, shrubland and in all other areas.

Male guanaco are polygamous.  One male will court many female guanacos.  This male will guard the territory where these females are grassing against other males and against the predators.  The territory is usually big, the females will feed well so that they can gain the energy required to mate and reproduce.  It is the responsibility of the male to see that the female have enough food and have enough security and incase a predator approaches, the male will alert the females and they will run away before they are caught. A mature male who has reached the age of guarding a territory is between 4 years and 6 years.  There is fierce fighting among male guanacos as they try to acquire territory and as others guard their territory. They also fight as they try to remain the only male dominating a herd of female guanacos.

Mating normally starts in early December and early January when the weather is warm.  The single male will mate with all the females in his territory.  At this time the females are usually ready to mate because they are well fed and breeding is determined by the availability of enough pasture.

After mating the female will conceive and a young guanaco starts developing in the female’s’ body.  Gestation period is normally 11 months therefore the young one are born in November and December depending on when mating took place.  Mating does not always take place in early December or early January.  Mating is also controlled by the weather and the weather can change. A female gives birth to only one guanaco after all that time.  Twins are very rare and even if born normally, only one survives.

After about 5 to 72 minutes, the young guanaco, also known as chulengo is able to stand and walk. How sweet! The mother doesn’t have to carry it around or hide it somewhere and keep guarding it. After just a week the chulengos start feeding.  They follow the mother from behind everywhere they go.  The mother will look for places where soft pasture is found so that the young one can feed on. The young guanacos will be separated from their mothers when they are between 10 and 11 months old. This is when the breeding season for their mothers begins.

How long do Guanaco lives?

What do Guanaco eat?

Guanacos are ruminants.  They have three-chamber stomachs.  This means that food will be swallowed and it goes to the first stomach.  It is then regurgitated, munched and swallowed again.  Once this is done, all the nutrients which would have been lost if regurgitation was not done is absorbed in the body.  The three chambers of stomach are essential because when there is plenty of food, it can be stored to be used during the period when there is scarcity of food.  This is the reason why a guanaco can go for a long period without food and water and still survive.  This is why it is able to adapt to different climatic regions. 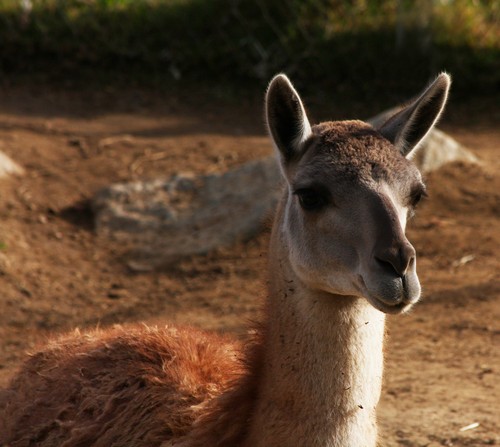 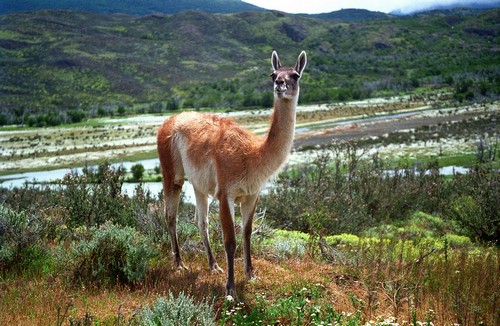 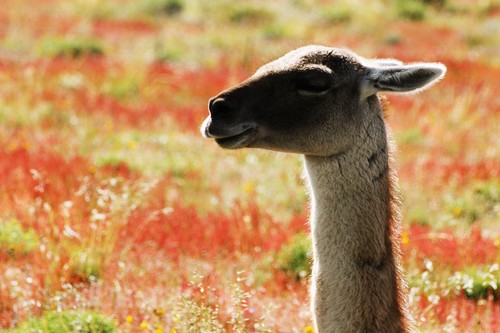 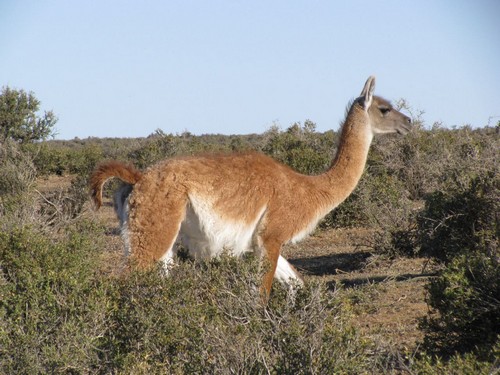 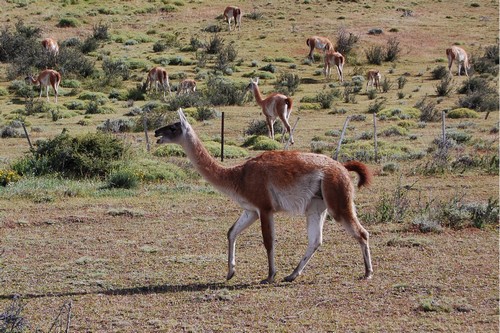 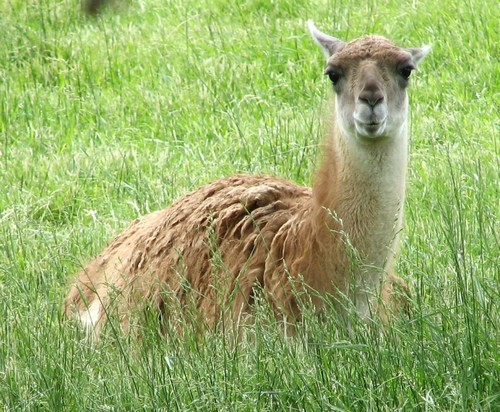 No creature on this earth is completely useless, or else I am yet to see.  Guanacos are very important to both the local community and to the government.  The wool they produce through their skin is very valuable in the international market because of its softness and warmth.  The governments of the countries where this guanacos are found sell this wool at a very high price to the international market.  The local people sell this wool to the government and in so doing they are able to earn a living.

Guanacos are also one of the animals which attract tourists.  Many tourists will travel from far to come and see them.  The local people indirectly benefits because they get employment from the hotels where these tourist spend their time.  The tourists also buy some commodities from the local people.

Guanacos are considered as pest by the local community who will kill them whenever they find them. This is because they compete for food with domesticated animals like cows, sheep, goats and horses.  Guanacos move in herds and will extensively clear a territory before it moves to the other therefore the food will be scarce for the domesticated animals.  For this reason pastoralists will not bear the sight of these guanacos and will eliminate them at the slightest chance. This is why their population has gone down. 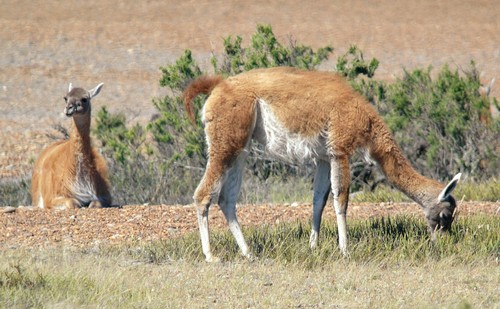 After realizing that the population of guanacos had gone down the government of the countries where they are found decided to capture the remaining guanacos and put them into captivity.  They have also sensitized the people on the economic importance of guanacos.  The killing of guanacos has also been forbidden and anyone found killing them has to face the hand of law.