In this article, we look at another unique product of nature; the hyrax. It may lack the majesty of the lion, the craftiness of the fox, the swiftness of an eagle and the flawless candor of the dove yet, it has its own unique set of attributes and features. But before we go into details, discussing these interesting facts, it is important that we understand what a hyrax is, and, at least understand what it looks like.

We will be looking at the natural habitat of this animal as well as its behaviors, but first let us consider its physical features.

The hyrax has the kind of physical features an average individual can very easily relate to. Now let’s get to meet this animal proper.

A hyrax looks like a guinea pig; but a rather fat, fluffy and overfed guinea pig. They measure approximately 12 inches at the shoulders while weighing up to about 10 pounds. It typically has a lot of fluffy hair around its body, making it look like a rabbit. There is little wonder why many people mistake it for a rabbit especially when spotted in the wild.

According to scientists, there are only three species of the hyrax in existence. We have the tree hyrax species as well as two other species known as rock hyrax, or sometimes, bush hyrax.

Finding a habitat does not seem to be a big issue for the hyrax. It is relatively versatile and can live in just about any part of a tropical rain forest.

The hyrax is a tropical animal. Having said this, it is expected that this animal will be found in the dense rain forests of Africa and the Middle East. In these their natural habitat, they can be found sunbathing on rocks, or on some tree branches, or in pursuit of a prey on the forest floor.

The hyrax, in general, behaves like a regular rabbit in many ways. But then, each species of hyrax has its own unique set of behaviors.

In general, rock hyraxes do not live in burrows. They keep random homes at rock crevices large enough to accommodate them. As for the tree hyraxes, they find treetops very delightful. Another interesting thing to note about these animals is that they are very hygienic. However, more information will be provided about this fact in a later subheading.  And when danger looms, and just as the situation demands, they let out various but corresponding sounds. These sounds range from squeals to shrieks.

Hyraxes seem to be omnivorous. At least that is what their diet suggests. However, here are some facts about their nutrition.

Hyraxes feed after enjoying enough of a daily dose of sunlight. Their diet usually consists of grasses, leaves, herbs and smaller animals like lizards, termites, and eggs.

A lot of things are strange or at least unusual about the reproduction/life cycle of the hyrax. These range from the behavior of the newly born hyrax to the attitude of the parents towards parenting.

From the moment of fertilization in a female hyrax, at least 8 months will pass before it brings forth a young one. The real shock is that this young one is so mature that it is able to jump and walk just about an hour after birth. Parental care continues until several months later but the young offsprings is virtually independent soon after birth.  In fact, they start eating grasses and herbs the day after birth!

More Interesting Facts About the Hyrax

Now that you have had an idea of what a hyrax is, you may enjoy the list which follows immediately:

They Are False Rodents

For most individuals, as soon as they sight the hyrax, they come to the conclusion that they have seen a rodent. After all, they look like very fat rats and have just about the same size. This, however, is not true. Although they look like rodents, hyraxes are not exactly rodents. Rodents, for instance, have very prominent canines which they use to gnaw at food materials.

Hyraxes Spend most of Their Day Sunbathing

Think sunbathing belongs to crocodiles and boa constrictors? You may want to consider the hyrax. After having its dose of food for the day, this plump animals knows just how to cool off. It is often seen relaxing on top of a rock, calm yet observant as it enjoys nature’s coziness in the form of solar heat. It is their penchant for resting on rocks that has earned them the title “Rock Hyrax”.

They Have Evolutionary Links to Elephants

This is perhaps one of, if not the strangest fact about the hyrax. It is, no doubt, a wonder how an animal so small would be related to the elephant, and even the manatee. But then, science has proofs that this animal has evolutionary links to the elephant and manatee. Some of these proofs are as follows: First, the tusks in hyraxes usually develop from their incisors. This is exactly how the tusks of elephants and manatees develop, although quite different from other mammals whose tusks develop from their canine.

Another easily observable similarity between these animals and elephants is their nail pattern. Unlike the regular mammals that have relatively flexible, curved nails on their hoofs, hyraxes have thick, tough, flat nails on their hooves. The similarities go on and on, but these are the most prominent ones.

When we talk about animals that secrete smelly substances, the first that comes to our minds is the skunk. It is an understandable fact as the skunk has one of, if not the smelliest secretions in the animal kingdom. But the, the hyrax is a worthy competitor in the game of stench.

As a means of protecting themselves from predators, hyraxes often release very smelly secretions which most predators find rather offensive. Simple as this act is, it helps them ward off natural enemies like leopards, boas and more.

Their Testes Can Grow Very Large

First of all, they do not have a scrotum, yet they managed to have some testes. But it does not end there, a hyrax can have its testes grow up to four times it original size. However, this depends on the climatic conditions and the temperature of the environment at the time. Usually, the exponential increase of testes size occurs in mating seasons, especially when a female is within reach. 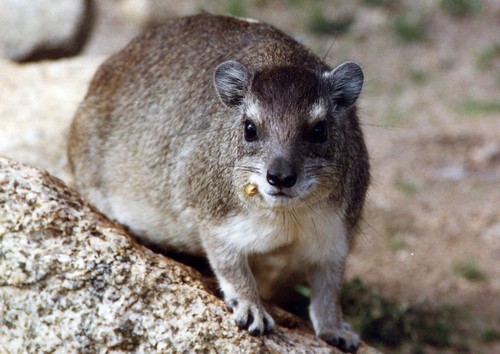 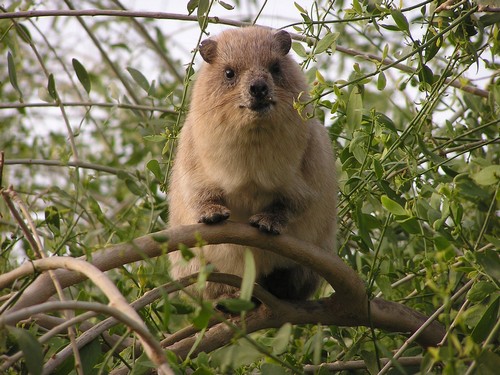 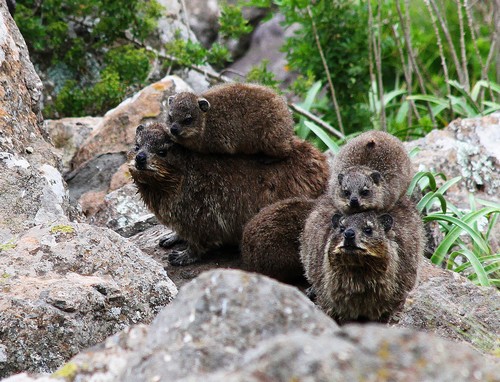 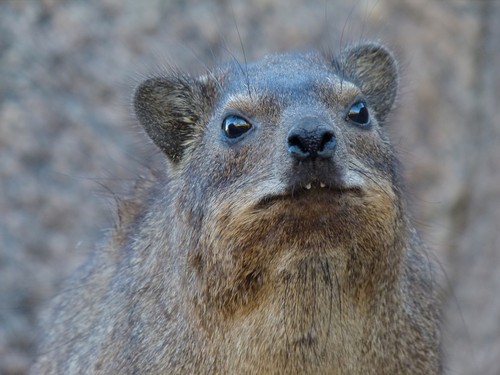 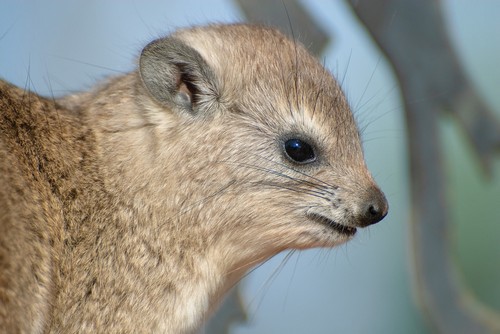 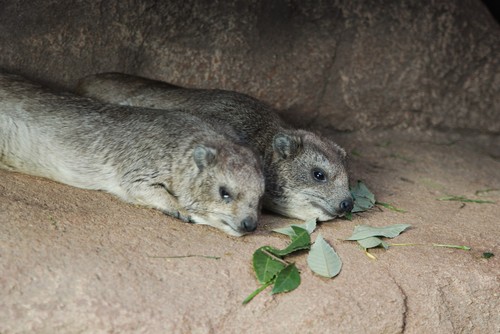 The Hyrax Can Make up to 21 different sounds

Now this is another shocking fact about this creature. When we talk about highly vocal animals, the first one that comes to our minds are the birds of the air which sing some of the most melodious tunes ever put together. And when mammals are in focus, we usually consider the domestic cat which has a near perfect musical pitch and range.

Today, we observe a new entrant to the animal musical Hall of Fame: The hyrax. Unique to the core, this mammal can make as much as 21 different sounds, each designed to pass a message across. The most common ones however are the ones used to alert other hyrax of impending danger, mating songs, celebratory sounds and the rest of them.

As expected, hyraxes live in colonies. But what may intrigue you is the size of their colonies. Although several times bigger than the regular mice or rat, this animal somehow manages to live in colonies as many as 200. They maintain an organized colony which, however, is not half as organized as can be found among bees and termites. In this colony, every member fends for himself even as he fends for other members of the colony in one way or the other.

Since this animal is popular among the Swahili people of Southern Africa, it gets to get a lot of names. Some of these names include pelele and wibari.

They Make Good Use of Latrines

This may come as a surprise to many but not necessarily to all. For animals as organized as the hyrax, it is expected that they will take hygiene very seriously and they really do. 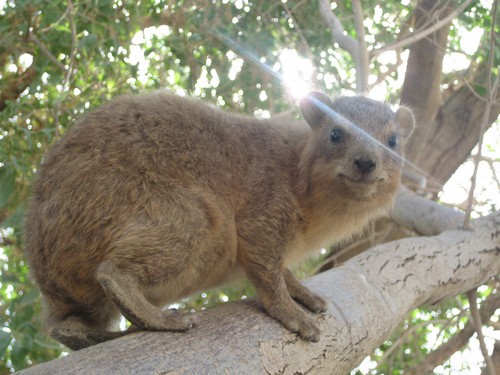 In every typical hyrax colony, there is usually a special spot reserved for dropping of metabolic wastes. That’s right. Hyraxes have a restroom, or something like it. Should you come in contact with a colony of rodent-like animals, and see a lot of white droppings on a designated area especially a rock, you have most probably run into a hyrax colony.

Hyraxes Were Once As Large as an Ox

Recent archeological findings have proven that at a time, hyraxes were as big as oxen. Beyond the facts from fossil records, it makes a lot of sense to believe this fact as the gestation period of these animals is quite long especially when compared to other animals of similar sizes.  While gestation lasts a few dozen days in similar animals, the hyrax maintains an 8-month gestation period.

You have read some really interesting facts about the hyrax. So the next time you see one on television or in reality, take your time to appreciate nature’s wonders. Do not also forget to guard your nose against it stinking secretions. They can smell you real bad.