Hyena is a mammal which looks like a dog but certainly not a dog and is generally found in Africa. Majority of them are considered as scavengers and hunters. And would you believe that they are often involved in disputes with lions and kill their babies as well. Therefore, they are generally viewed as a frightening creature.
Hyenas generally possess a considerably massive build which is quite similar to a wolf; however, they have lower hind and their back is primarily tilted down near their rumps.

Hyena species
Hyena is a type of animal which has different kinds that can be found throughout the different regions of Africa. Some of its major hyena species have been presented below.

It is a kind of hyena which has stripes all over his body. One of the most interesting things about this kind of hyena is that it is very shy and hesitant while coming near human beings. They are nomadic and solitary hunters.

Another type of hyena is the spotted hyena which is normally very brave and can be found moving from one place to another. As a result, it is mostly seen by humans compared with the other types of hyenas. Even so, they are also observed as cunning killers.

Hyenas belonging to different types and nature have different kinds of diets. striped hyenas eat different type of foods compared to brown and spotted hyenas. The detailed description regarding the different diets of different hyenas has been highlighted below.

Diet of Spotted Hyenas
Spotted hyenas generally feed on the carrion of the animals that have been killed before. Furthermore, these kinds of hyenas are efficient hunters and hunt reptiles and different kinds of birds. One of the most interesting things about their diet is that they give preference to those creatures that have a weight in excess of 40 pounds. They are also involved in hunting in a group when they have to target a bigger prey.

Diet of Striped Hyena
As far as the diet is concerned, striped hyenas are not too different from spotted hyenas as they too rely heavily on hunting various kinds of animals for their diet. Along with that, striped hyenas also are very fond of bugs, mice and hares.

Diet of Brown Hyena
Brown Hyenas generally do not kill their prey with their own efforts unlike spotted and striped hyenas. Apart from eating flesh, these kinds of hyenas are also quite fond of melons which are important for them in the maintenance of their hydration level. Furthermore, they also consume birds and insects as a vital part of their diet.

The population of hyenas varies among its different habitats which are generally found in different corners of Africa. It has also been found out that the total number of spotted hyenas around the globe is 10,000 out of which 1,000 are found in different regions of Africa such as in the Western and Central region of the continent. Apart from that, there are three sub species of Hyenas that are found in the world and their lifespan is believed to be around 25 years. The larger number of hyenas is generally found in Africa but some of them are also found in the Asian region.

Along with the interesting facts about Hyenas that have been discussed above, the other exciting fact about their nature and characteristic is that female hyenas are more aggressive and dangerous as compared to male hyenas. The primary reason behind that is the fact that the female hyenas have a greater amount of testosterone within their bodies. On the other hand, it has been discovered that the life of male hyenas is much more complex and difficult than the female hyenas because their female counterparts are generally more authoritative and forceful. Interestingly enough, these hyenas have greeting ceremonies. One example is that after a long separation, they are conducting ceremonies in which both male and female interact with each other.

Spotted hyenas are sorted out into groups of related members or also known as clan and protect their home territories against meddling tribes. The focal point of tribe movement is their den, where the little ones are raised and where they usually meet. Their den is normally located on high ground in the focal part of the territory. It is over the ground associated with a series of underground passages. Hyenas stamp and watch the members of the clan by placing a powerful smelling substance created by the anal gland on stalks of grass along the borders. Hyenas are social creatures that speak with one another through particular calls, stances, and signs. They immediately show their different intentions to the other members of the group or even to the outsiders like when a hyena’s tail moves up straight, for instance, it’s a sign of attack. When it is held up and forward over the back, the hyena is tremendously excited. If terrified, the hyena slips its tail between the legs and flats against the stomach and back away.

The reproduction system adopted by hyenas is also interesting. If we talk about spotted hyenas their sex and birth procedures are quite different as compared to other species. As it has been discussed above that female hyena have a high level of testosterone due to which they act more aggressively during mating as compared to the male hyenas, this also resulted for having a pseudo-penis. Because of the female hyenas’ extra-ordinary sex organ, It’s really hard for them to mate and give birth through it. Due to the difficulty of the process, 60% of the cubs die during the birth process primarily due to suffocation.

Hyenas ordinarily bear litters of two to four offspring. The young hyena will start to eat meat from the kills nearby the den at around five months, however, they are suckled for as long as twelve months to one year and a half, a bizarrely long time for carnivores.

This is definitely a necessity because most hunting and killings are made far away from the den, and hyenas are not like jackals and wild dogs which bring back food and disgorge it for their young. 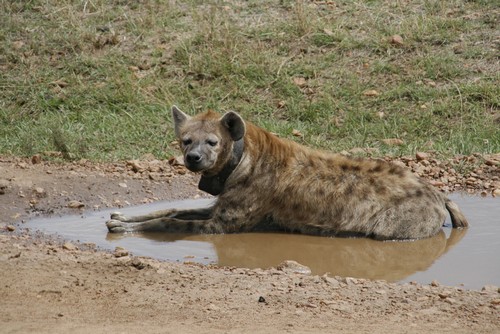 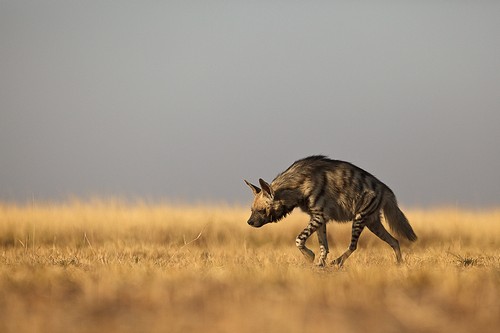 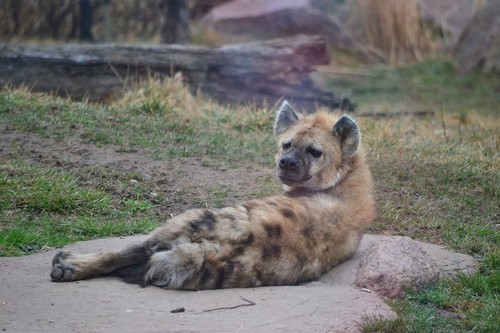 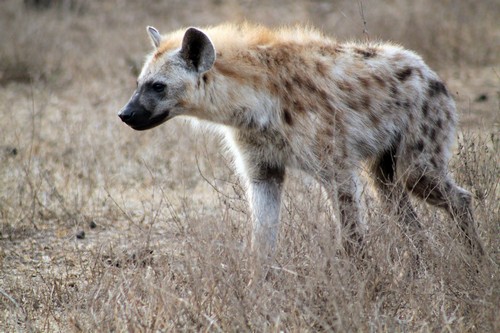 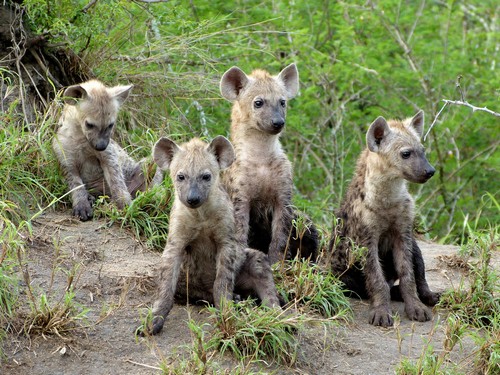 Did you know these Hyena Facts?

All types of Hyenas make different types of sounds that include crying calls, howling screams like the wolves and one of the most well-known sounds they produce is the “laughter” which they used to alert all other group members up to three miles away from the food source.

Hyenas do eat various types of animal products, vegetation and, according to some people who witnessed that they even eat aluminum pots and pans.

Hyenas are not extinct.

Their lifespan is around twelve years.

Hyenas don’t simply laugh for enjoyment or recreation only. Researchers say that the pitch and the tone of a hyena’s laugh can give a sign of its age and position in the clan. 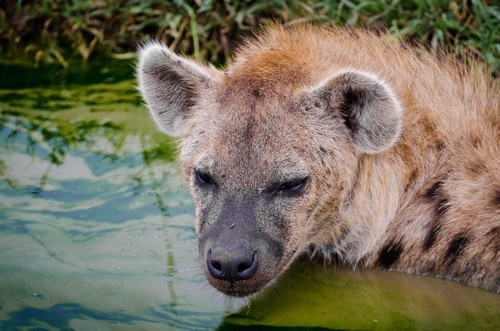 The extent of a creature’s frontal cortex is accepted to be associated with its social insight, and it is observed and studied that all types of hyenas have a frontal cortex that matches with their primates to a great level.

A study that was carried out, demonstrated that a pair of hyenas did better at creative thinking and social collaboration than chimpanzees.

A weird fact about Female spotted hyenas is that they are more solid and more forceful as compared to their male partners. The reason behind this is that the females have three times more testosterone in their bodies than males. Thus, spotted hyena social orders are matriarchal. Indeed, even young female hyenas rule over the male hyenas.

These weird meetings are observed in spotted hyenas. It happens when a spotted hyena welcomes another spotted hyena when they haven’t seen each other after a long time. Both male and female hyenas participate in the welcome services and sometimes it resulted to erections.

In female-ruled spotted hyena tribes, grown-up male hyenas are the lowest. At the point when the male hyena achieves the sexual maturity at about two years old, they will leave their tribe and go in search for other tribes to mate, which is really considered a hard task for the male hyenas. And when finally, an alpha female hyena from another clan or group at permits the male hyena in their clan, he will be constantly harassed, bullied and compelled to fight for food and sex.