Honey Badger is one of those mammals that are from the group “Mustelidae”. The Mustelidae is the largest family of carnivorous animals that includes weasels, ferrets, otters, badgers and stoats. Solid and well-built body but having shorts legs is one of their characteristics. All of these family members mostly live under the soil in burrows that are called setts. The setts are basically the underground built tunnel systems.

The “Mustelidae” family usually grabs their prey using their strong jaws in holding the prey firmly in their teeth. The dominant badgers will protect their little ones from their main predators that includes the bears, coyotes, lion, leopard and wolves.

There are almost 8 types of badgers currently present in the world, they are:

The type of badger that we will focus in this article is the “Honey badger”.

Like different Badgers, Honey badgers are likewise omnivores and they predominantly eat worms, creepy crawlies, and insects under the soil, warm-blooded creatures, reptiles, and even birds sometimes. Furthermore, seeds and berries are likewise their top picks.

All the eight types of honey badgers have strong but short squat tails and sharp hooks like claws. Honey badgers have a good speed of running and stand around 30 cm high. Their males might be double the size of females Honey badgers. The females are very much adjusted to their burrowing way of life and have an intense and stocky form, with no outer ears, an expansive strong back, formidable front legs and imposing forepaws that can reach up to 40mm long.

American badgers live in the northern Mexico, they can also be found in Central Canada as well as in western and central  United States.

Why Honey badgers are considered to be the most Fearless animals on Earth?

Honey Badgers have numerous motivations to be brave and fearless.  They are considered as the most fearless creatures in the world. They are created with a  rubbery and very thick skin which they can use as a protection against the bite from its predators or enemies because even a spear and arrow cannot cut all through its hard skin. Furthermore, their skin is too hard  that it can take a powerful jab from a sharp cleaver without fundamentally penetrating  the skin completely. Thus, they have the reason to be really fearless or dauntless and also one of the reason they don’t have a particular predator, few animals are really not interested to have a fight with a full grown honey badger.

And because the Honey Badger’s skin are thick and extremely hard this likewise help them when being attacked or assaulted by bigger predators and ends up in the predator’s grasp. The honey badgers can instantly squirm around and ferociously attack the predator’s face and eyes. This makes it extremely dangerous for a creature to hold the jaw of this ferocious creature, unless it can defeat  it right away which is quite hard to accomplish. Honey Badgers aside from having a sharp teeth, they also have a powerful upper and lower jaws. This is useful because of the way the Honey Badger can eat its prey, they can devour its victim wholly. The jaws are so strong that it can even eat a whole turtle without effort.

Apart from its natural sturdiness, the Honey Badger is additionally extraordinarily keen and smart. It has even been watched and observed utilizing devices to capture prey. They are indeed intelligent to follow the honey guide bird to discover beehives where they’ll eat the hatchlings and honey.

This blend of noteworthy inborn defense and aggressive capabilities has brought about the Honey Badger apparently afraid of just a few things. Their aggressive nature has additionally brought about a couple of predators, which ordinarily may attempt to consume something its size, and decide to stay away from the animal. Indeed, even predators like the panthers and lions have the tendency to give the Honey Badger a huge berth; even though Honey Badgers  are known to be killed by panthers or lions however, they have been seen running after the  lions trying to steal and take its dead victim, including one occasion where 3 Honey Badgers running after 7 lions from a dead prey the lions were eating and that is “Fearless” indeed. 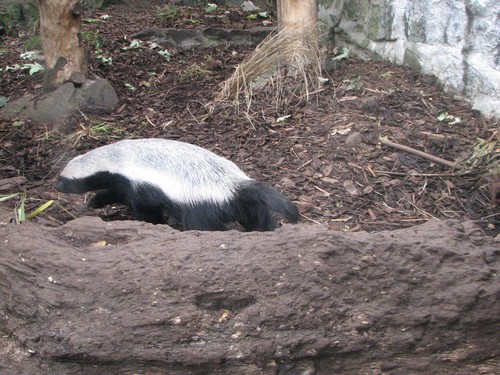 A female honey badgers can have a litter of one up to four youngs which the mother relocates every two to five days to a new den . The youngsters set out from the den at about three months old and at eight months they can almost reach their full adult size. They young honey badgers have a tendency to stay with their mother for over a year before they disperse and go on their own. 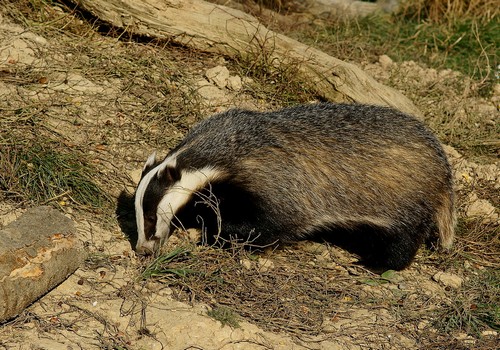 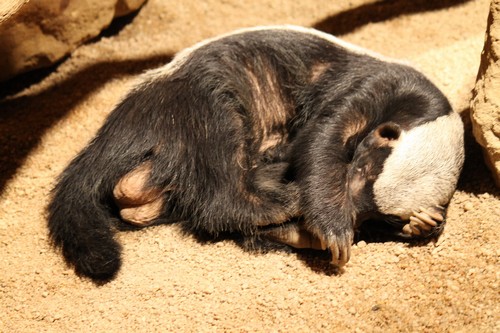 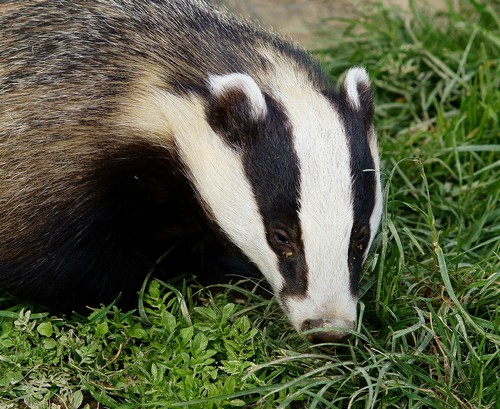 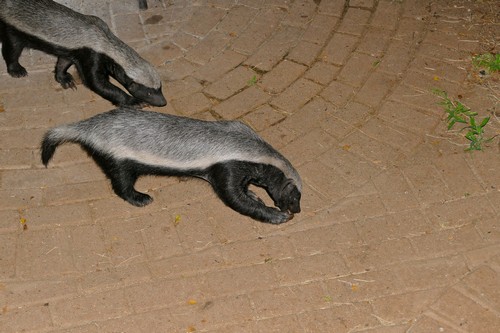 It is said that the main safe hold on Honey Badger is the place on the back of its neck.

The Honey badgers are dark black aside from the dim mantle, isolated by a white stripe, reaching out from the top of their body to the end of their tail. The mantle and stripe color may vary from specie to specie starting with one individual then onto the next and regularly gets darker as they get old.

Honey Badgers can dive rapidly into the soil; they can burrow a gap that is sufficiently profound to hide away.

‘Kit’ is the name given to Honey Badger’s baby. The females are known by the name “sow” and males as ‘boar’. Honey Badger gathering is known as a ‘cete, province, set or a company.

A completely developed grown-up male can be as tall as 30 cm, and be up to 1m whole.

They are typically lone creatures and are the least seen African warm-blooded animals.

Their skin is quite thick and elastic, to protect them from nibbles, and they can easily eat even the deadliest and toxic snakes of the world.

Honey Badgers are called “Honey” badgers as they love Honey; they search out the honey as well as the honey bee hatchlings. 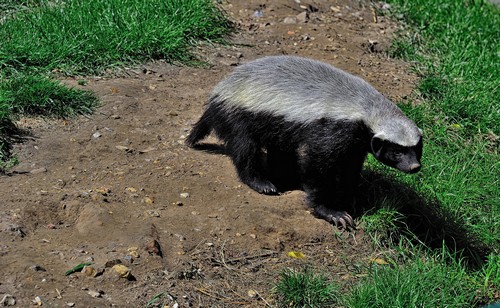 The group of badger’s babies is kept in baby’s den that is hidden in between grass. A youthful honey badger achieves grown-up size at around 8 months of age, however, the baby stays with its mom until is no less than 14 months.

They can be extremely aggressive creatures. The honey badgers have many predators as well.

Honey badgers, when needed, can create offensive secretions from their butt-centric organs.

One strategy Honey Badgers use while assaulting bigger prey (counting people) is to maim them and afterward sit tight for the creature to debilitate or pass on.

Honey badgers have been referred to assaulted creatures as large as sheep, wildebeest, bison, waterbuck and horses.

Their prominent coloration makes them effortlessly conspicuous and they must be mistaken for the much littler than the striped polecat. 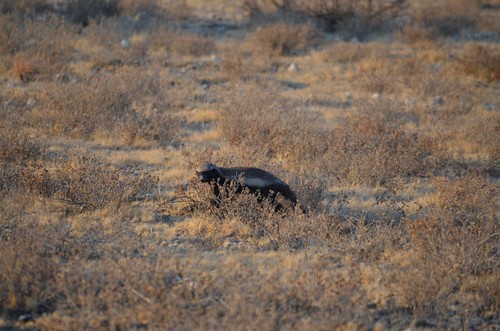 Honey Badgers chase whenever of the day yet get to be nighttime in spots with high human populaces.

Unfortunately, Honey Badgers are close undermined in South Africa because of assaults by honey bee farmers and poultry owners.

One strategy Honey Badgers use while assaulting bigger prey is to mutilate them and after that the badgers sit tight for the creature to get tired of blood loss.

The “khrya-ya-ya-ya” is a dry cry sound made by the honey badger. Whenever mating, guys radiate boisterous snorting sounds.

At the point when assaulted by dogs, Honey Badgers shout like bear-whelps.

Their ears are not quite visible.

Honey badgers are expert climbers and can without much of a stretch move up into the highest branches to strike winged animal homes or colonies.

The badgers are capable, productive diggers and more than once flush rodents and reptiles from their underground shelters that is the perfect prey for the goshawks.