Eagles are impressive birds. So impressive that every specie has its set of interesting peculiarities. One such eagle specie is the Harpy Eagle which gets its name from mythical creatures known as harpies in Greek mythology. Harpies have very sharp talons and feminine faces; the major difference will be that harpy eagles don’t have a female human face.  Read on to discover the interesting facts about one of the most impressive specie of eagles in the world, the Harpy Eagle.

The physical characteristics of the harpy eagle is usually its body is covered with velvety black feathers while its head is covered with grey feathers. Its black iris is covered with a yellowish white sclera. Its beak is black and curved; a feature which enables it to easily tear the flesh of its preys during feeding, as well as preen its feathers from time to time. Since it habitually lifts smaller preys off the ground, its talons have been designed to be very strong for grabbing and sharp for tearing into the flesh of its preys.

The harpy eagle, much like the bald eagle, and many other birds, exhibit sexual dimorphism. This means that male and female harpy eagles have different body asses. Although both male and female species have the same kind of plumage, the females are noticeably larger in size.

Most females have a body mass of between 6 kg to 9 kg while males weigh 4 kg on the average. An easy way to tell the sex of two harpy eagles flying side-by-side will be to observe their sizes. Talking about body length, the harpy eagle ranks among eagles with the longest bodies. An average harpy eagle has a body length of 95 cm even though some are to known to be as long as 107 centimeters and some being as short as 70 centimeters. With an average 40 cm length, its tail is quite long.

It is a natural taboo to describe eagles without mentioning their impressive wing spans. Talking about wing spans, harpy eagles live up to expectation; not because it is as wide as one would expect, but because it is small enough to let it maneuver tree branches and other plants even as it hunts ferociously in the forest.

Since harpy eagles do not live in open spaces, they are relatively rare. Unlike the American Bald Eagle, they can only be found in the lowlands of tropical rain forests in America. Since they are forest birds, they love to live relatively close to the ground. Ordinarily, they can be found operating on heights within 1000 and 3000 ft in the air. Although they love to enjoy some peace and tranquility, they can sometimes be seen hunting preys on open fields and shrubs.

Typically, they hunt low-weighing preys on the forest floor especially smaller rodents. But then, Harpy eagles are happy chasing other smaller birds in flight as these guarantee a more action packed meal banquet. Armed with very mighty talons, probably the most intimidating talons among all eagles, they attack preys that weigh as much as 7 kg.

Owing to their strength, aggression and swiftness, not even monkeys and sloths are safe from their devastating attacks. Their voracious appetite has made it seem as though they eat anything and everything. When there isn’t enough supply of natural food, they hunt reptiles such as lizards, tegus, and iguanas. Squirrels, rabbits and opossums which fail to watch out for harpy eagles have already volunteered to serve these eagles, at least nutritionally.

Are snakes safe from the menace of the harpy eagle? Not really. In fact, cameras mounted by National Geographic revealed videos of harpy eagles devouring snakes that are 2 – 3 times their sizes. Usually, they lift these snakes very high in the air, tear them in two and swallow them! The carnivorous extravaganza of the harpy eagle does not end here; at least, not yet.

In a bid to eat as much meat as they can, these eagles have been seen to lift deers off the ground. But as expected, they usually don’t fly to their high nests with these large preys. They simply take these preys to tree trunks, stumps and eat parts of them. Most times, these preys die even before their predators begin to eat their flesh. However, these preys are sometimes eaten alive.

Harpy eagles probably believe in “business before pleasure”. This is when an adult male meets an adult female that is ready for mating, they go straight into the mating without having displaying any form of courtship ritual. No dancing, no striding, no singing; they just begin to mate. Although they don’t have the time for pre-mating frivolities, they devote 100% of their time to building durable nests for their eggs.

You have read about most of the features of harpy eagles in the preceding paragraphs. It is now time to take the excitement one step further. Below are some miscellaneous fun facts about the harpy eagles which will surely  give you both chills and smiles.

As with American Bald Eagles, their relatives, they take their love life very seriously. On finding a suitable mate, which usually happens at the age of 3, they stick together for life. Like a regular human family, they raise their hatchlings together till maturity. 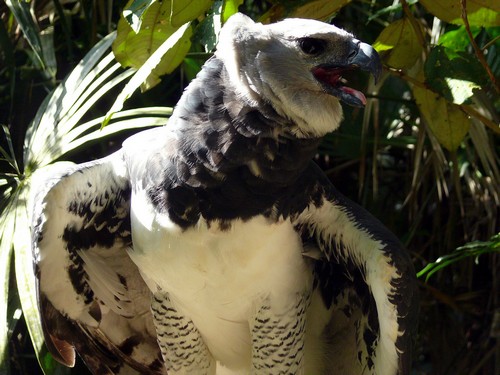 When it comes to digesting ingested food, harpy eagle believe that slow and steady wins the race. Once fully nourished, they can stay for 3 days without hunting or feeding. They can actually survive just by hunting ten times in a month.

Harpy eagles are known to regularly visit the tree where it was born. They do this if their parents are no longer there. One may wonder why they often come back to their birthplace. But if the fact that they spent the first six years of their lives in those nest is taken into cognizance, their sentimental attachment will be better understand, and perhaps, appreciated.

It is a known fact that eagles fly as though they created the firmaments and the elements in it, but harpy eagles have taken this claim to a whole new height. Like Olympic gymnasts who push their bodies to the extremes, these birds defy gravity and visual perception as they twist, turn, bob, heave and dive madly at full speed towards the ground.

Harpy eagles seem to buy into the concept of raising few young ones and giving these few young ones the best parental possible. The only problem, however, is that they don’t just raise a few, they raise just one chick. What is more interesting? They raise just one chick once every three years. As at the time of incubation, only one egg hatches and as long as the hatchling lives, no other egg will hatch. 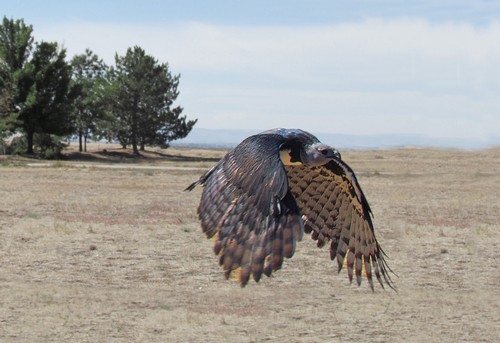 This is a bit strange for animals as aggressive as eagles, and the harpy eagle to be precise. While most male animals would hunt for food for the family (excepting a few animals such as the lazy so-called king of beasts – lion), the male harpy eagle is a lovely father. And this is how he plays his amazing fatherly roles.

Not only does it provide food for the hatchling and the female, It takes turns with the female to incubate the eggs during the incubation stage of the brooding. And should the nest be threatened by the presence of a human or some other animal, both parents do  not mind starting a world on the unlucky intruder

When it comes to the choice of using a bird as a national symbol, every nation would want to choose a strong, fierce and adorable bird. This is the case with Panama. The harpy eagle is part and parcel of the Panama people and it is only right that they recognize it as their national bird. 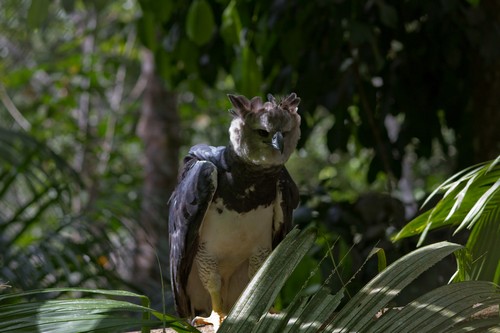 Although one would expect a bird as intimidating as the harpy eagle to attack its preys openly and with warning, this bird just won’t be that reckless. It perches on a tree branch as it observes its environment, sometime for hours. On sighting a potential meal, it gently leaps of that branch as it swiftly but very silently flies towards the target. Usually, the target perceives its presence when it is just a few centimeters away. At this point, defense or offense is practically useless to the unprepared prey. 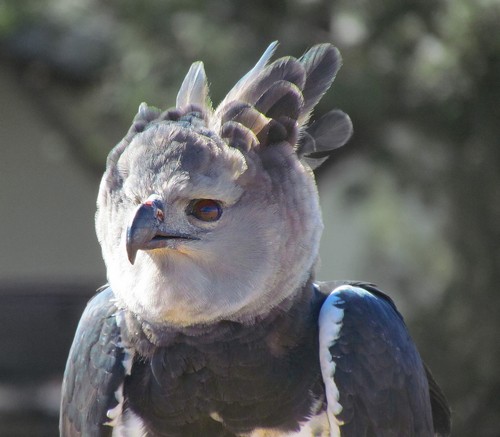 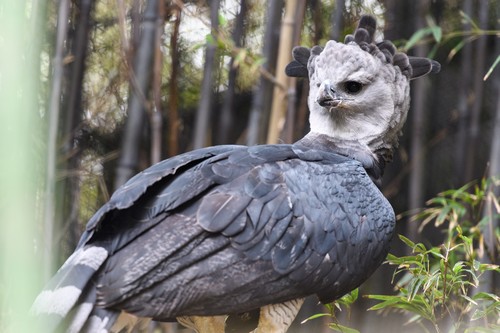 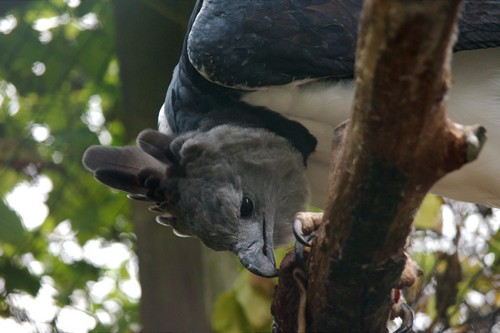 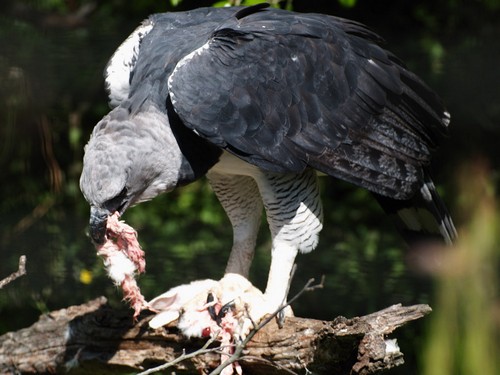 The harpy eagle is impressive to observe, perhaps because it is an efficient hunter and master tactician. Should you find yourself in a zoo or game reserve in North America, endeavor to watch a harpy eagle in action and I believe you will be happy.