The Golden Retriever dog is a fairly large dog that is mostly used to retrieve shot fowls such as game birds and ducks during shooting and hunting expeditions. This is the reason they are known by this name.  They are able to retrieve shot fowls and deliver them undamaged to the owner. These type of dogs are easy to train and have a love for water and water bodies. Their coats are long with a thicker inner coat that is suitable for cold outdoor environments. They are suitable for the countryside and suburban environments.

The Golden Retriever loves to wander a lot and should always be bred in fenced environments. They are regular coat shedders due to their long and fluffy coats and therefore require constant grooming. The Golden Retriever dog can always be found in conformation shows and feature prominently in events that focus on purebred dogs. These dogs are very useful because they perform quite a number of activities.

Among the most common activities include:

The dog is friendly and has a stable temperament, characteristics that make it unsuitable to be used as a guard dog. However, its behaviors have endeared it to many and have made it the third most popular family dog in America. It is also the fifth most popular in Australia and the eighth most popular in Britain. This dog type requires a lot of exercises and is known to have a voracious appetite.

The Golden Retriever dog is well built and strong and is covered with a water resistant coat which endears it to water sources.

The standard Golden Retriever has its origins in Scotland, and therefore, all retrievers which are found the world over all descendants of this original breed. It is therefore not right to call the cream-colored Golden Retrievers as the ’English Cream Golden Retrievers’ because most of these dogs do not originate from England but rather are bred in North America or imported from Europe, Australia, Scandinavia, and New Zealand.

The creamy color is considered to be attractive but it does not mean that the dog is superior or well-bred. The English Cream Golden Retriever has a rare color variation from the recognized Golden Retriever breed by both buyers and sellers. These dogs are intelligent and can be easily trained because of their loyalty and desire to please. They can sometimes be noisy and it is good to socialize them early. It is recommended to start obedience training early so as to ensure the dog internalizes all commands at a younger age.

However, there is evidence that the Black Golden exists indeed. Evidence suggest that the Black Golden’s unique color is a result of a certain type of mutation which alters the DNA of the dog’s cells. This mutation may cause goldens to be born with black spots or with a completely black coat.

It is interesting to note that Golden Retrievers are black genetically. They always appear to be golden yellow or reddish because their genes are known to inhibit the development of the dark pigmentation. A mutation in a specific skin cell might result in the formation of a black pigment from the original mutant cell. Some Golden Retrievers also have black noses.

Adopting of a black Golden is not different from that of the standard Golden Retriever. This is because apart from a slight variation in temperament, many other characteristics and health issues remain the same. However, clearance for cancer, hip dysplasia, and other health issues, which are common to the Black Golden, should be obtained from a qualified veterinarian.

How long do Golden Retrievers live?

It is very difficult for the dog owner to accept the fact that dogs do not live as long as humans. This fact alone makes the dog owner to always have concerns about the longevity of his/her dog. It is, therefore, important to know the average lifespan of your dog and how you can extend your dog’s life expectancy.

Generally, it is known that bigger dogs tend to have shorter lifespans than smaller dogs. One dog year is, therefore, an equivalent of seven human years. However, this generalization can be quite misleading because it all depends on various factors including the size of the dog.

Golden retrievers are large dogs which mean that they have a shorter lifespan. They have an average lifespan of about 12 years. Nevertheless, Golden Retrievers have been known to live up to the age of 20 years /- but this is a very rare occurrence.

As a dog owner, you can help extend the life of your dog by taking appropriate steps to make sure that your dog stays healthy and lives a comfortable life. Even though you might be able to keep certain diseases at bay, it becomes difficult to deal with a dog’s genetics which controls its life. 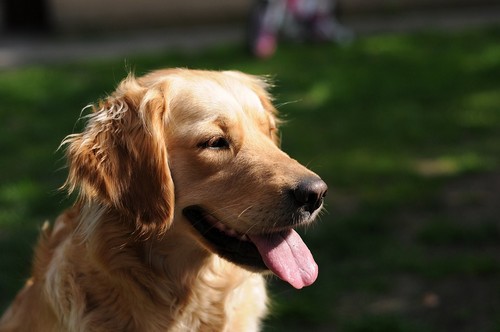 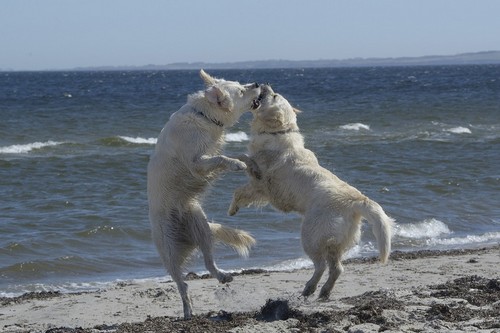 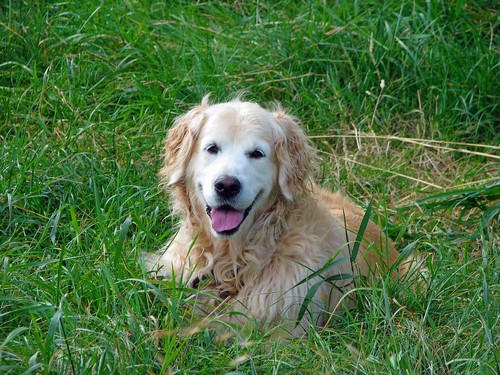 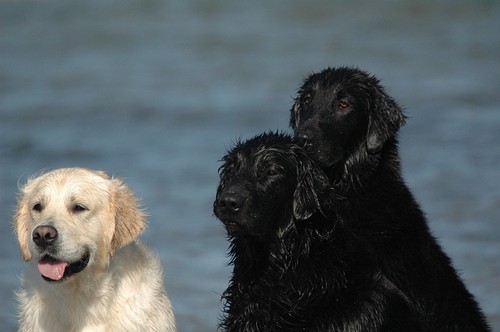 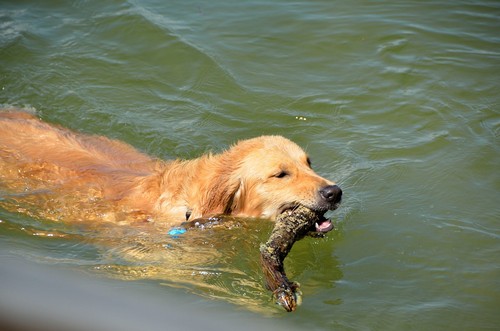 Here are a few measures that one can take to better the chances of your golden retriever to extend its life into the teen years:

Exercise
By exercising regularly, your dog is able to keep fit and avoid becoming overweight which might create joint problems and other weight-related conditions. This will help the dog stay fit and healthy.

Nutrition
Giving your dog a high-quality diets will go a long way in improving their health and consequently plays a major part in extending the life expectancy of the dog.

Spaying and neutering
You can add more years into your golden retriever’s life by spaying and be neutering it. This eradicates the possibility of testicular and mammary cancer. By being unable to reproduce, the dog will get into little trouble.

Stress management
A dog with less stress is a happy dog, and a happy dog is a healthy dog. Goldens with stress are susceptible to chronic illnesses and this is not good for their longevity.

You can try various activities to make your dog feel happy and stress-free. Always involve your dog in family activities and let it interact with other dogs. Try and avoid exposing your dog to stressful situations and loneliness. 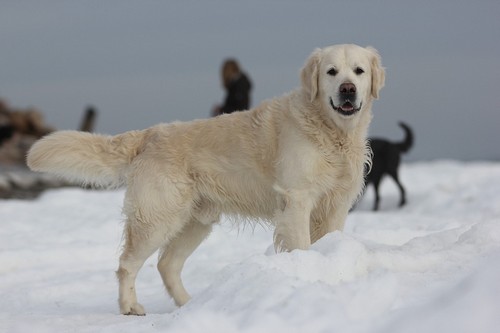 Protection from sun rays
Golden needs protection from sun rays to avoid sunburn. Sunburns can lead to complications such as skin cancer especially for the light-colored goldens. It is important to apply sunscreen around the eyes, the tip of the nose, tummy, and ears. Your veterinarian can advise you on the most suitable sunscreen.

Frequent veterinary check-ups
Visiting a veterinarian will ensure your golden stays healthy and that diseases will be detected earlier and dealt with accordingly. Your dog will also be protected from contagious diseases through regular vaccinations.

Oral health care
You should clean your dog’s teeth regularly to avoid accumulation of bacteria in the dog’s mouth. This is because plaque can be transmitted into the dog’s bloodstream and damage essential organs. 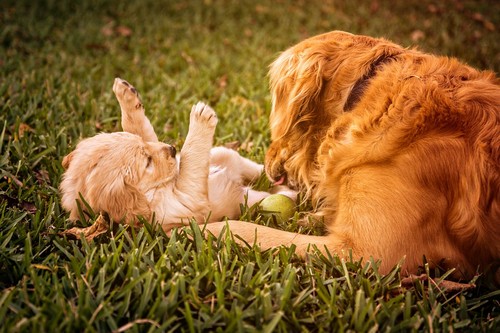 The Golden Retriever is a dog with many uses and comes in many color variations including black, reddish and golden. These types of the Golden Retriever have nearly the same characteristics in terms of temperament, physiological features, and longevity.

However, it is important to note that the variation in color does not necessary mean that they are a different breed from the standard Golden Retriever. It is only the color pigmentation that is different but their behaviors and characteristics are almost the same. This difference in color mostly comes as a result of mutation or breeding of siblings.