The German shepherd is regarded as the second most popular dog in the world. This dog can be used in various activities which includes acting as a watchdog, a guide for the handicapped, and a worker for carrying loads. The German shepherd is also useful as a police or military dog. It is a muscular dog that is not only large, but also agile as well. It is a trotting dog with a lot of courage, confidence and intelligence.

Most German shepherds have a height of about 30 inches and are heavily built. They have a curved and graceful body structure which gives them a look of nobility. Their body structure is well-balanced with well aligned hind and front quarters. They have longer bodies than their height. It is not difficult to distinguish the gender of a German shepherd because both the male and female species have distinctive secondary sex characteristics.

The German shepherd puppies are naturally inquisitive animals and can get into harm’s way if dangerous equipment are not kept away safely. They are active animals who engage in food play, an activity that is important for their body and bone development. The German shepherd puppy is required to be vaccinated soon after adoption and should be ready for the booster and rabies vaccine.

They need to be socialized early in life so as to shape their temperament and grooming, characteristics that lasts for their entire life span. Good and healthy puppies are usually friendly, curious and trusting. A German shepherd with a sound temperament make very good and pleasant companions.

When caring for the German shepherd puppy, one should change its diet after three months. The change should be gradual because a major change in diet can cause problems to the puppy. At the age of three and a half months, the puppy needs to be introduced fully to adult food that should be given three times a day after four months.

The puppy needs to be bathed and groomed at least once a month with baby shampoo for six months. When it attains six months of age, the puppy needs less bathing and grooming and this should only be done after a couple of months.

This type of dog is sometimes known to exhibit skittish or timid characteristics. Its personality traits makes it more suitable as a home dog or walking companion. It does, however, need a lot of training and socialization to increase its confidence and attitude towards strange situations and strangers.

Nonetheless, this dog can be quite noisy. It likes a lot of attention from the owner and will sometimes whine, grumble, and mumble as a way of seeking attention. Perhaps the most annoying trait of the white German shepherd is its tough-headedness. The dog will sometimes refuse to take commands and do things as it pleases. Its intelligence is never in doubt because it has a good memory and can be able to learn commands in a short period of time. 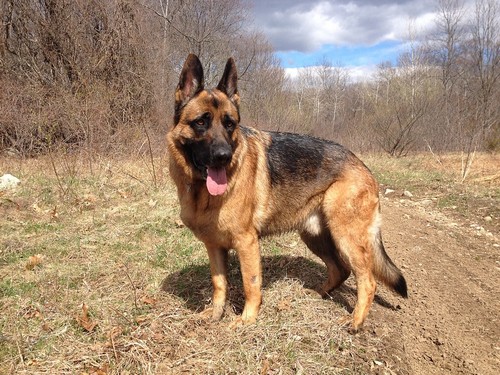 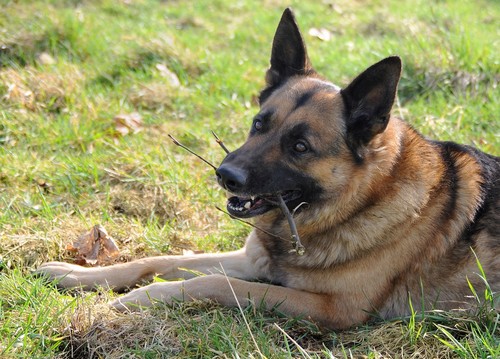 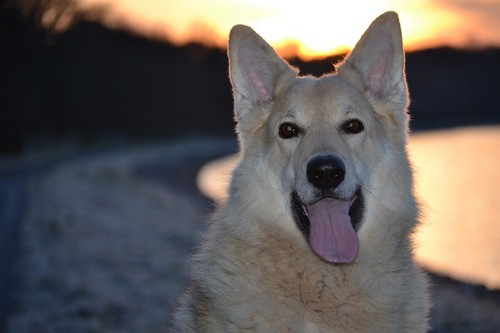 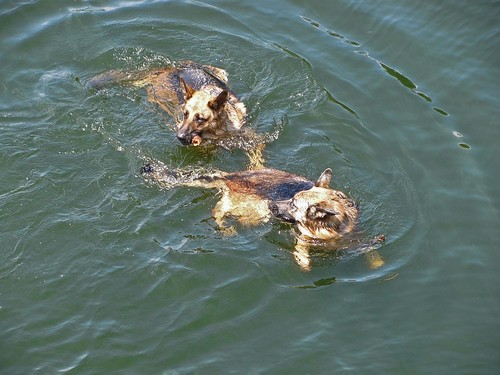 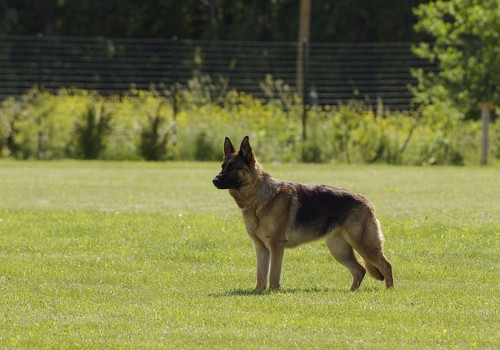 The black German shepherd is often mistaken with other dog types or mix breeds. This dog, however, varies distinctively from the standard German shepherd. This is because it makes a good companion due to its stable temperament and high trainability. Perhaps this is the reason it is used to perform various tasks like acting as guides for the handicapped, as a family dog, and also as police or military dog.

The dog’s black coat can be genetically dominant or recessive. This means that a partially black-coated German shepherd has the capability of giving birth to a completely black-coated puppy. The dog’s bloodline and ancestry plays a big part in determining the type of genes it carries – whether dominant or recessive. It is possible to determine the coat color of the German shepherd pup at about 8 weeks of age.

In comparison to the standard German shepherd, this dog type has a very traditional look to it that includes a back that is straight and large. The length of its coat varies from short to tall.

Personality of Black German Shepherd
This type of the German shepherd is not aggressive in nature. However, it can be very lethal when provoked or commanded to act. She is cautious making friendships with strangers but once she does, she becomes very kind.

She is always easy-going and approachable especially when she is with family. She always yearn for family companionship even when she is a guard dog. It is this particular personality trait that makes her suitable to offer services for the deaf, the blind, and handicapped people. 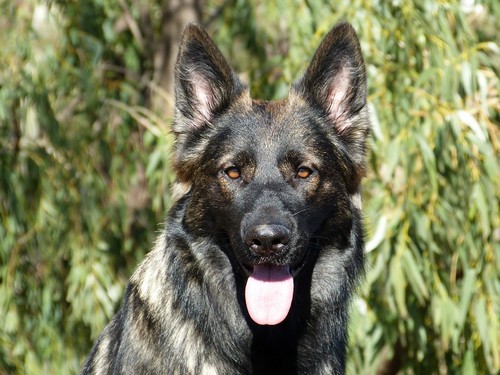 Temperament  of Black German Shepherd
The black German shepherd has an imposing presence that sometimes scares away strangers. However, the dog has a stable and pleasant temperament, and is able to maintain its cool in the midst of unthreatening strangers.

She is a very confident and loyal dog and she is able to assure the dog owner of safety. She can confront dangerous situations with vigour and courage and rarely gives in to defeat.

Socialization of Black German Shepherd
It is important to socialize and train the black German shepherd early in its life to make her get used to various situations, people, sounds, experiences, smells and other situations. She will be able to internalize all these situations and experiences for the rest her life. The young pup should be introduced to family and friends and should be taken for walks around the neighbourhood to let her familiarize with her immediate surroundings. 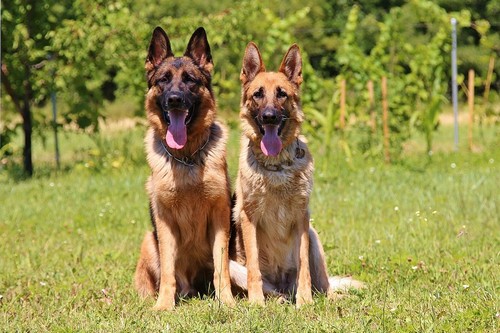 Physical characteristics of the Husky mix
The husky mix German shepherd has a number of desirable traits which makes her a unique type of German shepherd. Here are some of her physical attributes:

An appealing and attractive look that requires regular grooming.

The husky mix is a large dog by any standards and measures about 35 inches tall with a weight of about 90lbs. She has a broad face that looks like that of a wolf.

The husky mix usually spots a black or brown with black coat color. However, it can also be of any color including red, blue, white, brown and white, salt and pepper, cream or golden.

She has a thick and fluffy coat of varying length ranging between short and long. Her coat is doubled and this helps her to live comfortably in cold weather. She, however, fare very badly in regions with high temperatures.

The husky mix sheds off its fur moderately because its coat is fluffy and thick. This situation can lead to matting. It is, therefore, advisable to groom the furs at least 3 times a week to keep the coat tangle free and shiny.

This dog is also intelligent as well. This is the reason why the dog is used as a police or military dog. She is also used to pull loads over long distances in the Polar Regions. As a dog, she is naturally endowed to herd livestock and does the job pretty well. She is also able to learn and understand commands quickly.

The husky mix is able to learn and respond to various verbal commands including whistles. However, she can show signs of being obstinate and may sometimes refuse to obey commands when the owner is not firm with her.

In summary, the German shepherd stands out as a popular breed of dog which is liked because of it physical as well as its personality traits. Its different variations makes it exhibit a number of interesting features which are totally different from other dog types. The fact that its variants exhibit a mixture of personality traits like courage, confidence, friendliness, and trust, makes it a good companion to keep.