What is an Emu?

An emu is a big and flightless bird. They are an indigenous to Australia and they are considered as  the largest bird in the country, and in comparison to the ostrich, which we all know; the emu is the second largest birds in the world. As mentioned, Australia is the natural habitat of these birds and they live in not so densely populated areas of the forests. There were three species of emus in Australia, but over the years they have been hunted greatly in some countries for their feathers and meat  that they become extinct. The species of emu currently in existence is farmed commercially for meat, oil, and leather.

They grow to the adult stature of 5-6 1/2 feet and weighs as much as 130 pounds. They have sharp beaks, small ears and long necks. Interestingly they have two sets of eyelids which serve two different purposes; the inner eyelid is used for protecting the eyes from dust, and the outer one for blinking. Their eyes also enable them to see far distances so they are able to recognize any prey that may be nearby. Their ears are also tiny but their hearing is excellent as it helps in hearing the coming of prey as well.

Their body is covered with soft feathers that are straw like in color. The color at the tips of the feathers is darker than the main part and their feathers have two shafts. It was discovered that the emu has smaller wings under the feathers which stick out whenever they run and this is what stabilizes them. The double shafted feathers create a very effective insulation for the body that keeps this tremendous bird cool. Their neck is covered sparsely with tiny light blue feathers which may not be recognizable from distances.

Their feet are very long, which in comparison to the body makes them look somewhat unbalanced. They have three toes on each foot and the middle toe is bigger and has a long hard talon which is used during fights for defense.

The male emu is smaller in size than the female and their mating call or birdlike call is definitely different. The males call sounds like the grunting of a pig, while the female sounds like a great booming.

Because the emu is a member of the Ratites family of birds, which are flightless birds they depend on their speed for eluding prey. They are able to run at speed of 30mph. While at a full run, they are able to make strides off as wide as 9 feet. Their feet are featherless like all birds and the soles of their feet are made of very thick padding. For maintaining this level of agility.

They need lots of water. Emus need water daily to survive. And in order to retain the water consumed, they breathe rapidly from their lungs to keep cool during hot days. While breathing, their nasal passages which have many folds, is able to retain moisture from the air. This is recycled as a measure for keeping cool as well.
Because of the size of the emu, they are able to store fat in their bodies. They do this in order to survive as there may be limited food within the area they inhabit, They eat a lot if there’s an abundance of food and stored fat until their next meal.

Both sexes of the emu are similar in color at a glance but the male is distinguished by its slightly smaller size.

Mating Ritual of the Emu

Emus mate in summer and give birth in cooler months. During mating season the female’s feathers changes color to a darker brown and skin of her neck becomes an even darker blue color. Her mating call is recognized by the male because she struts around him and makes a very strange sound. This is the invitation the male needs as an indication that she is ready for mating.

The male also go through changes as well, as during the period of breeding they will also put on weight, they go through hormonal changes of elevated levels of luteinizing and testosterone; and their testicles will become double in size as well.

After mating the male is the one who builds the nest to accommodate the eggs the female emu will lay. The nest is made from sticks, twigs, leaves, tree bark, and grass. These items are packed comfortably in a hollow space in the ground, or a secure space which enables them to look out for predators who may be interested in stealing the eggs.

During mating the female emu will store the sperm of the male which is enough to fertilize up to six eggs. They repeat the mating process every two days and after every three days, she will lay an egg. The egg weighs about a pound and is about five inches in length. Within the mating period, they may fertilize and lay about 10 – 15 eggs. The eggs are dark green in color and can fill an adult human hand fully.

Fatherhood and Incubation of the Emu Eggs

The male emu is the one that incubates the eggs. He becomes very fussy or broody and will begin to sit on the eggs even before laying or clutch is complete. He does not eat during the incubation period, so he lives off the fat he has stored in his body  for several months. He will drink water from dew that falls on the blades of grass or leaves nearby. 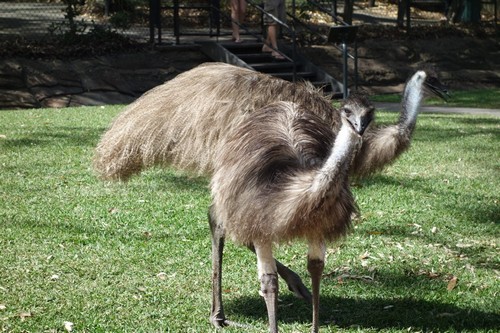 Some female emus are dedicated to their partner, but most will wander to other males and produce as much as two to three nests during mating season. The males of the pack may incubate other female eggs as they are classified as brood parasites. They encroach on other nests in order to incubate the eggs.

After hatching the male emu is the one that defends the baby chicks. He will even defend them from their mother. Defending the chicks is a very dramatic sight, he will ruffle his feathers while kicking his feet and making a loud guttural sound. This action will scare any would-be predators.

He will father them for as long as seven months and during this period he teaches them to find food. The babies grow rapidly and are fully grown after five to six months. They will stay with their parents for another six or seven months and then go on their own to form families.

Diet of the Emu

An emu feeds on flowers, grass, shoots, berries, grains, shrubs, and insects. The insect consumption consists of beetles, grasshoppers, crickets, cockroaches, ant and spiders. Their digestion process is assisted by eating small stones. This will help to grind the roots and shoots they ingested. Their stool is soft and emus are well known to eat  their undigested food again if they see it in their droppings. 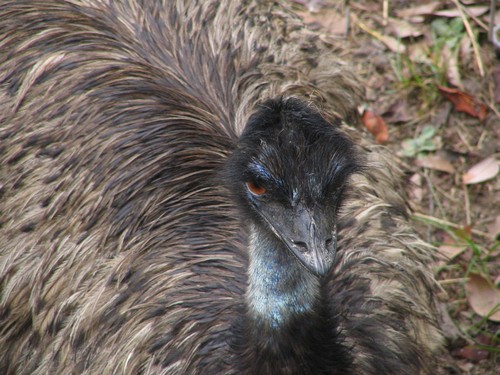 The characteristic of the emu is classified as docile. They may wander far and even swim across rivers in search of food but they would rather remain in their natural habitat. Swimming is a pastime of theirs and they love to do the backstroke, as well as just play in the water for fun. This love for water is to keep them cool during hot weather. They are very inquisitive birds and they have been known to approach humans for food as well as to investigate any interesting movement they may see with their keen eyes.

In Australia, the aborigines find it offensive for persons to hunt and kill the emu indiscriminately. They will hunt them as a necessity for food. Every part of the bird is important and nothing is wasted. Their fat can be used for oil, the bones were fashioned into knives and tools for use, the feathers are for wearing and the tendons can be used to make the string for bows. 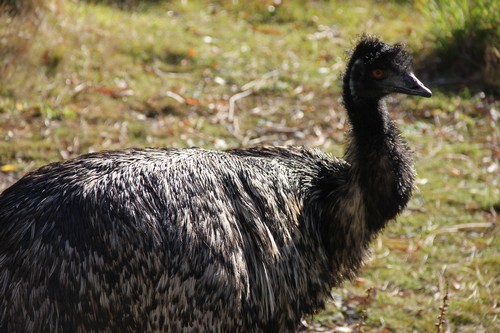 Apart from the above-mentioned uses of the emu, their health benefits to humans are also interesting. Their fat has been touted to help in inflammation relief; the meat contains fatty acids, antioxidants, carotenoids, flavones, as well as oleic acids. The emu’s meat is classified as dark meat, unlike other poultry. For commercial purposes, the oil is used in cosmetics, as parts of some dietary supplements as well as in therapeutic products. 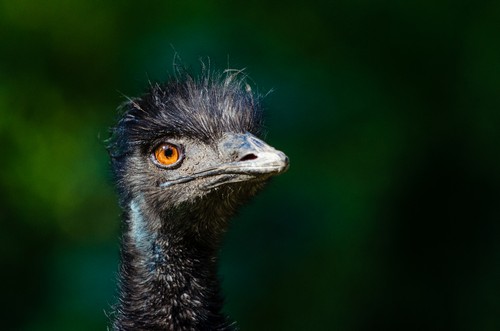 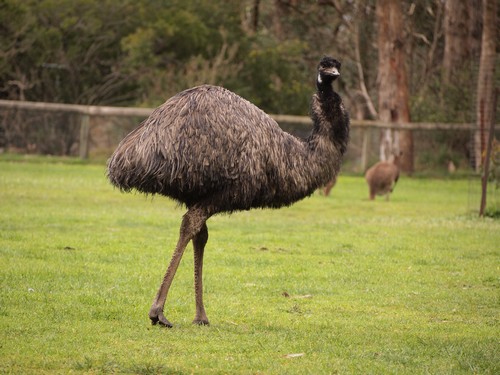 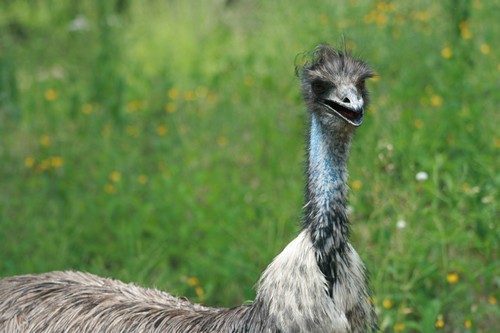 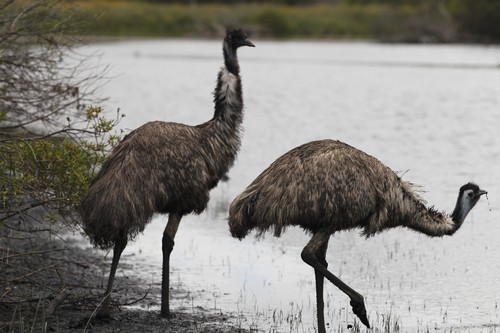 Emu’s recent population is more or less 725,000. Their population is considered stable and not extinct although there are some places that listed the emu as endangered species like in New South Wales due to loss of habitat, increase of feral dogs and pigs and collisions with vehicles.