It is widely acclaimed that dog is man’s best friend. This statement is true in all ramifications and you will learn why in this article. World over, there is no animal that has become more friendly to man than dogs. They share our cars, rooms, swimming pools, libraries, walks and moments with us.  Since they are of so much interest to us, it only makes perfect sense that we identify these salient qualities of theirs that have gone on to impress us and  win them our undying friendship.

To successfully discus dogs, we have to consider many aspects of their lives, especially the most popular ones. But to get things started, let’s consider the various types of species and breeds of dogs in existence.

We may dare say that the beauty of dogs lie in their various breeds. Whoever you are, whatever your interests may be, wherever you go; there is a kind of dog that suits you. Whether you want a pretty small pet, or a huge canine bodyguard, you can always choose from the various species in existence today.

To be more specific, there are over 150 breeds of dogs in existence today. These breeds are broadly arranged under 8 groups. They include sporting, non-sporting, hound, terrier, toy, herding, working as well as miscellaneous.

This is one of the many dog breeds that are easy to get along with. Hardly angered, they love to play around, especially on snow in due season. In fact, they will gladly help out in pulling sleds during the winters. So, you perhaps have an idea of what type of dog to consider as you take some time off  to play during the Christmas time.

Basically, a Bernese mountain dog is very big and powerful; that is why it is suitable for pulling sleds. It learns quite easily especially when effort is made to teach it some skills. they are very polite and peaceful, finding it very easy to blend with both humans and other pets that may be in the house. Due to their many activities on and with ice, it is only natural that they have evolved to have a great thick fur covering which provides the needed warmth against the icy chill in their environment.

But then, watch out for its great body size which may take considerable space in your apartment, especially if your place is quite small. Their politeness may sometimes degenerate to timidity or outright fear if their breeders fail to socialize them properly at birth. Another important concern of this breed is their susceptibility to diseases – what a price to pay even after paying dearly to be the proud owner of a Bernese mountain dog.

This, perhaps, is one of the most athletic dogs out there. Its body frame reminds you of a canine athlete, and rightly so. They hardly stay in one place at a time since they love to get involved in very physical and demanding activities. For them, that is the best way to remain fit and stay in good shape. To a great extent, this dog belongs to the wild.

For instance, it will remain apprehensive of strangers in the house until its owner reassures it. This dog likes to dominate both fellow dogs and people if given the chance. Very clearly, it does not get along well with cats. In fact, the absence of early and adequate socialization will make it very hostile to any other pet you may want to have in your house.

It’s easy-to-handle fur coat, beautiful colors and vigilance makes it a wonderful dog to own. But if you can’t put up with a dog that likes to destroy things when it gets bored or show aggression to other animals and people in the neighborhood, you may consider opting for a different kind of dog. Need I mention its constant need for vigorous physical exercise which not all dog owners can comfortably deal with?

First of all, there is hardly such a thing as dog name. A dog owner can give a dog any name and that name becomes its identity. However, there are some names that are most common among dogs, and these names vary from country to country.

While most western English-speaking nations have a greater range of names for dogs – even having to share many human names with them – most African nations see things differently. In Nigeria, for instance, the most common dog names are Benco, Boo, Jack, Tiger, Lion and more. In western countries, dogs bear names like Molly, Sam, Maggie and more. It is important to note that the name a dog bears has more to do with its perceived function or its owners thoughts about it.

Those who intend to use their dogs for some sort of protection are more likely to name them Tiger, Lion, Jack and more. As for those who find human companionship in their dogs, naming them after humans could be the only way to go. Now don’t get surprised when you run into a dog that bears your name or your friend’s. It’s a free world you know. 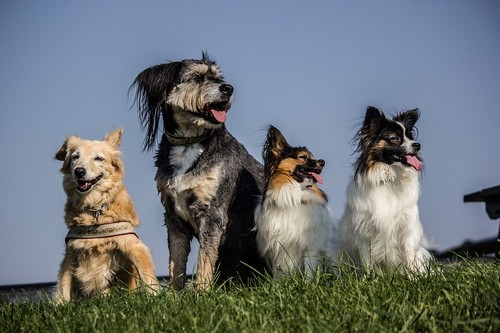 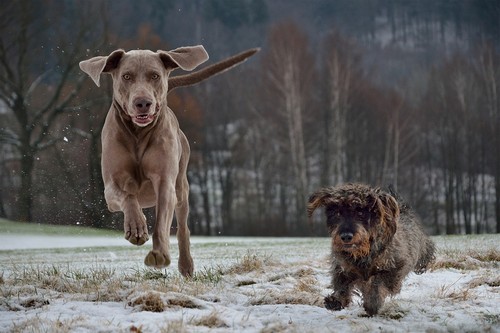 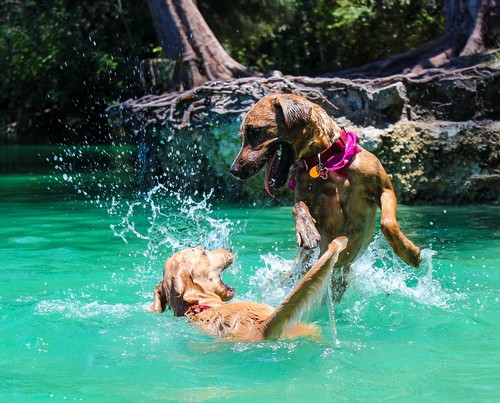 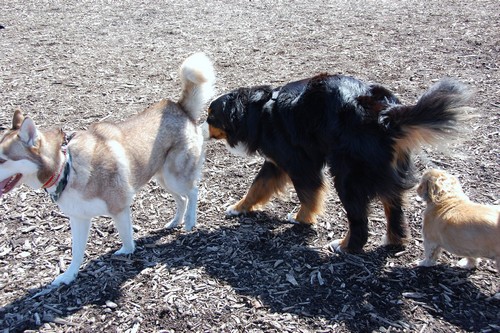 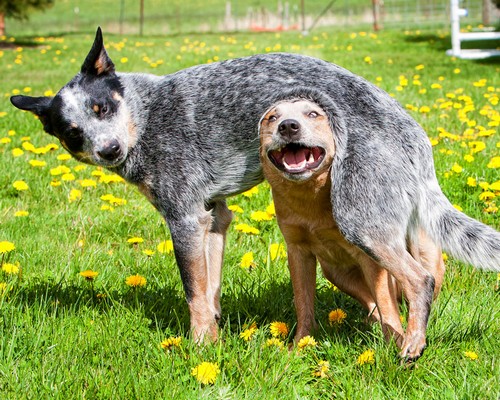 As we always do with articles of this kind, we have taken time to select the most interesting of these dog facts for your reading pleasure. Take your time to read closely as you would be discovering facts you never knew about dogs as well as some that you may already know.


Fact #1: Most Dogs are Called Sam
There was a time when just about every dog in town would be called Jack, or something else. Today, the trends have changed. Recent survey show that most dogs alive today bear the name Sam. Additionally, there are a handful of popular names such as Zach, Molly and Maggie. So if you don’t want to follow the crowd, you may consider giving your dog a name other than the ones already mentioned. 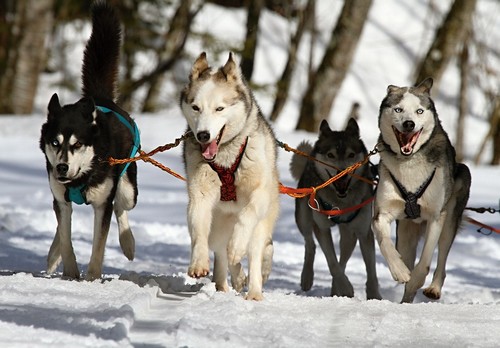 Fact #2: Dogs Vary Greatly in Size
There seems to be no consistency in the size and mass of dogs. What else would you expect of an animal that has over 150 species on the row? From the tiny Chihuahua which weighs a meagre 2lb to the gigantic Great Dane whose 36-inch body weighs more than 150 lb, get ready to meet various kinds of dogs and their accompanying personalities.
Fact #3: Puppies Adapt Fast!
Bitches provide parental care for their puppies as soon as they are born. This is the same with all mammals but dogs seem to be able to do much without long parental care since they are known to adapt to independent life in as little as 8 weeks after birth. Although they can adapt really fast, it is advisable to let them stay with their mothers and siblings as this helps them socialize faster.
Fact #4: Few have a Better Sense of Smell
There is a reason dogs are used to search for survivors in a landslide or people lost in forests. It is simply because of their very powerful sense of smell. Studies have revealed that the scent receptors in dog noses number more than 200 million. If we, as humans, have just 5 million of these scent receptors, you can imagine how advanced their senses of smell are. For crying out loud, they are 40 times better than us at perceiving scents. 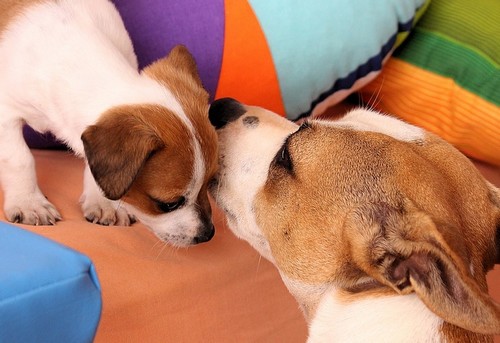 Fact #5: Their Ears are Smart Too
Not only do dogs have a great nose that works well with detecting scents and ascertaining their palatability, they also have a powerful ear that does just about the same. Research has shown that they can locate a sound’s source in less than 1/10th of a second by replicating the radar effect with their ear. So  then, what a dog cannot see with its eyes, it can perceive with its nose, and what they cannot perceive with their nose, their ears never fail to capture. All of these abilities combined make them the perfect tool for searching for the lost and of course, a great friend to rescue officers and soldiers.
Fact #6: There’s a Lot of Dogs Around Town!
As man’s best friend, they sure need to be a whole lot in numbers and in this regard, they really are. The last time anyone counted, there were at least 400 million of them alive today. Yes. That’s just how many they are.This simply means you are more likely to find a dog in your home than any other pet or “legitimate animal”.


Fact #7: Dogs Work Too
They are not man’s best friend for nothing. Not by chance. From the days of the early caveman down to the 21st century world, dogs have been an integral part of man’s activities. The early man, for instance, took the dog along on hunting expeditions as these dogs easily caught the game which human speed and size would not let him capture.

As for farmers, dogs remain an excellent companion who would stick to them through the harsh sun of the summer and the rains of the falls. There is more. Blind people can also rely on the pathfinder services of a watch dog – also known as a seeing-eye dog – to navigate their way through busy streets and paths. For some people, dogs provide excellent security. If not for protection from intruding humans, who definitely know how to deal with them, dogs can provide great protection from the intrusion of rodents and reptiles. Where they cannot fend off the intruder, they raise very audible alarms.

There is a whole lot to know about dogs. In fact, each dog breed has its peculiar characteristics which when treated as a topic will be voluminous enough to make a book. When it comes to learning about dogs either for the fun of it or as a result of interest in owning one, you are better of learning directly from dog owners. Dogs are ubiquitous. So approach that dog owner in your neighborhood and I am confident they will teach you a lot about their dog breed.