Dogs are said to be the man’s best friend because of their loyalty and gentle manner towards their owners. There are various types of dog breeds and when choosing a dog as a pet one has various factors to consider, among them being the function of the dog, before settling on a specific breed. Dog breeds are categorized by the functional type from which the breed was developed from. The basic type of breeds includes working dogs, companion dogs, hunting dogs and herding dogs.

Small dogs are referred to as teacup dogs or toy dogs. The toy dogs may be small versions of hunting dogs or working dogs or maybe very ancient lapdog types.

Chihuahua
The Chihuahua is said to be the world’s smallest breed of dogs. It is named after Chihuahua in Mexico. They come in a wide variety, that is, they have different head shapes, colors, sizes and coat lengths. They weigh about 3 to 6 pounds and have a lifespan of about 10 to 18 years. The Chihuahuas are good companion dogs and bond very closely with their owners.

Havanese breed
The Havanese dogs are described as being intelligent and outgoing. They get very attached to their owners and are very loyal dogs. They are highly adaptable to any environment. They are very cuddly, have expressive eyes and long silky hair. They weigh about 7 to 13 pounds and are 8 to 11 inches. They live for about 12 to 15 years.

Chinese crested
The Chinese Crested is a hairless breed of dogs and comes in two varieties, that is, with and without fur. Those with fur are known as powder puff while those without are known as known as hairless. The Chinese Crested is known to be sweet-tempered, happy and playful. They have a lifespan of about 13 to 15 years, weigh about 7 to 12 pounds and have a height of 10 to 13 inches to the shoulder.

Maltese
The Maltese dogs are covered from head to foot with a mantle of white, long silky hair. They are extremely playful, gentle and are fearless in a charming way. They get very attached to their owner and do not thrive well in an environment where they are left alone for long hours during the day. They have a lifespan of about 12 to 15 years, weigh up to 7 pounds and are 7 to 12 inches to the shoulder.

For some people when it comes to dogs, bigger is better. There are many large dog breeds, each with different training and care needs. Large dogs are in most cases bred to work all day and hence need a lot of daily activities to work off their energy and to prevent obesity. One can involve them in activities such as hiking, chasing balls and retrieving flying discs.

Great Dane
Great Danes are described to be the tallest dogs measuring around 28 to 34 inches at the shoulder. The record holder of the world’s tallest is Zeus, a Great Dane. It is 44 inches to the shoulder. The Great Dane despite its formidable size, is a gentle and loving dog and is great with children but with proper training. It has a lifespan of about 6 to 8 years though some have been known to live longer. They weigh about 110 to 180 pounds.

Irish Wolfhound
The Irish wolfhound originates from Ireland and its name originates not from its place of origin, but rather from their purpose. They were originally used to hunt wolves. They are unreliable as watchdogs due to their friendliness even to strangers but they tend to display a fearless nature when their families are in perceived danger. They have a lifespan of about 6 to 10 years. They weigh 105 to 120 pounds and have a height of 39 to 42 inches.

Spanish Mastiff
Just as the name suggests, the Spanish Mastiff originates from Spain. Its original purpose was to act as a guard to livestock from wolves and other predators. They are described as being dignified, intelligent and calm. They politely accept strangers though they remain wary of them. They are about 28 to 35 inches to the shoulder and weigh about 110 to 150 pounds.

American Akita
The American Akita is originally from the northern mountainous region of Japan. They are described as extremely loyal to their owners. A true story of an Akita named Hachiko who remained loyal to his owner even after his death. In addition to their loyalty, they are gentle, docile and composed. They have a lifespan of about 10 to 15 years and weigh 70 to 110 pounds. They have a height of about 23 to 27 inches.

Caucasian Shepherd dog
Their temperament is described as being powerful, dominant, calm and quick. Just as their name suggests they were originally used as shepherds and hence have a fairly aggressive nature. They have a lifespan of 10 to 12 years and are about 26 to 28 inches. For this breed of dogs, exercise is highly recommended to avoid obesity.

Some people own dogs not for protection but for how good or cute they look. Certain features are characteristic to these cute dogs.

Poodle
The poodles come in three different sizes, standard, miniature and toy poodle. Most people prefer toy poodles. They are ranked as the 2nd most intelligent dogs after the Border Collies and have won many awards in dog shows. In addition to being intelligent, they are sociable and energetic. The poodles require not only physical activities but also intellectual activities.

Pomeranian
It is a breed of dogs of the Spitz type named after the Pomeranian region. Other examples of Spitz include the Japanese Spitz and the German Spitz. They are playful, sociable, active and extroverted. They have a lifespan of about 12 to 16 years, weigh 3 to 7 pounds and are 7 to 12 inches to the shoulder. 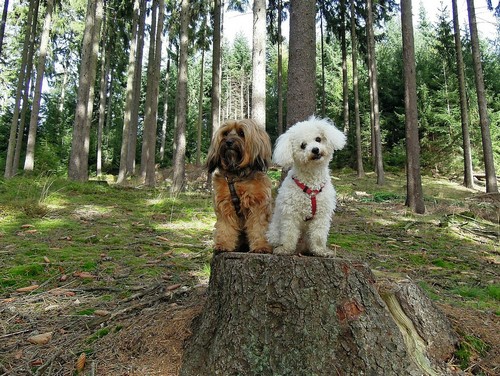 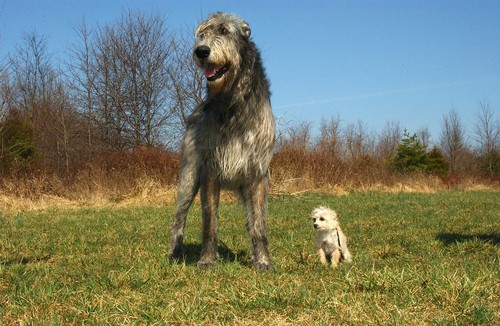 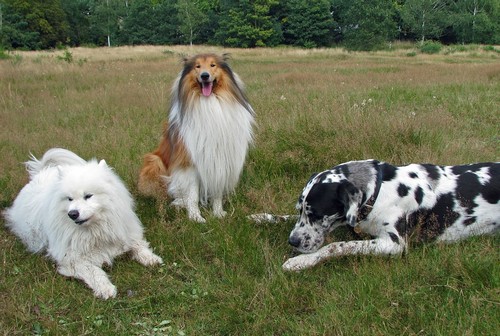 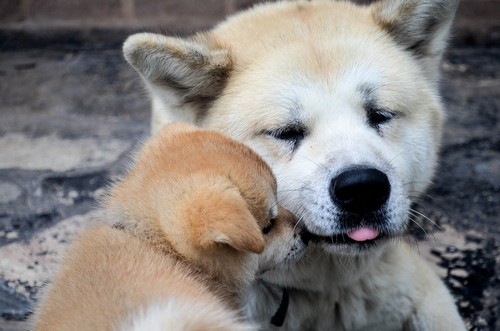 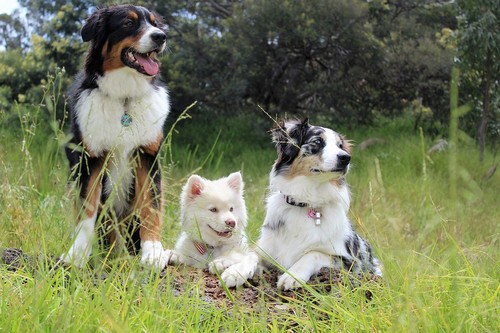 Icelandic Sheepdog
The Icelandic sheepdog originates from dogs brought to Ireland by Vikings. They are commonly used to herd sheep in the countryside regions of Iceland. Due to this function, they are agile, hardy and cheerful. They can live for up to 12 years and are about 20 to 30 pounds heavy. They are 15 to 18 inches to the shoulder.

Chow Chow
They are originally from China. They have a thick and coarse coat and come in different colors which include red, cinnamon, black, cream and blue. They are very quiet and aloof which is uncharacteristic attitude of dogs. They are also independent. They have a lifespan of 9 to 15 years and are around 17 to 20 inches to the shoulder.

Coton de Tulear
They are called so due to their cotton-like coat and are also named after Tulear a city in Madagascar. They are lively, affectionate, trainable and playful and hence with proper training, they are good around children. They live up to 16 years and weigh a maximum of 13 pounds.

Giant Schnauzer
They are the largest of the Schnauzer breed originally bred to drive livestock to markets and guard farmers’ properties. They have a dense, wiry coat which is mostly black. They weigh up to 104 pounds and live for up to 12 years. They are loyal to their owners and easily trained. They, however, get bored easily and are suspicious of strangers. 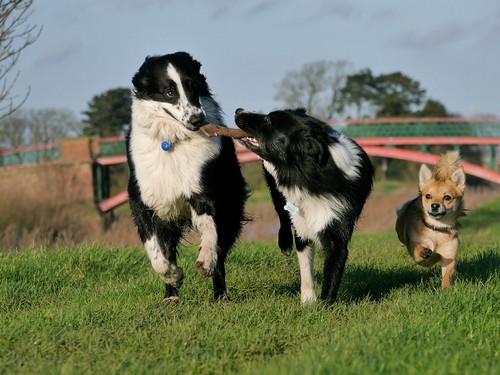 American hairless terrier
It is a rare breed of dogs and is highly recommended for people with allergies. They are alert, lively, and playful and are very energetic and hence require a physical activity to work off their energy. They are about 7 to 18 inches and live for up to 14 to 16 years though some have been known to live longer.

Bichon Frise
They resemble a miniature poodle and hence, have many physical characteristics like those of the Poodle. They come in pure white, unlike other breeds which have coats of different colors. They are feisty, sensitive, affectionate and cheerful. They live for around 12 to 20 years and are around 9 to 11 inches. They weigh a maximum of 20 pounds. 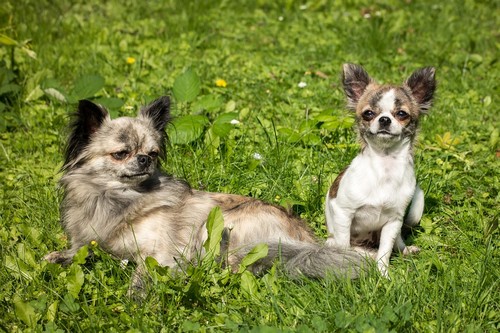 Dogs come in different sizes, colors, and shapes and they are categorized according to breeds and size. You may wish to have a dog and knowing the different sizes and breeds out there will help you to know which dog to settle for because each breed has its own characteristics not only in size but in color as well and also temperament and how they associate. Choose the dog that suits your lifestyle.