Turtles and tortoises are both reptiles falling in the order that is referred to as the Chelonia or the Testudines. The term Chelonia comes from the Greek language and it means a shield or armor that is interlocking, this is seen as a description of the hard shell that both the turtle and tortoise have.

And while both the tortoise and the turtle are in the order Testudines or Chelonii, they fall under different families. The turtle has various families which include the Emydidae which is for the pond turtles, Dermatemydidae for Central American river turtles and the Carettochelyidae for the pig nosed turtle. 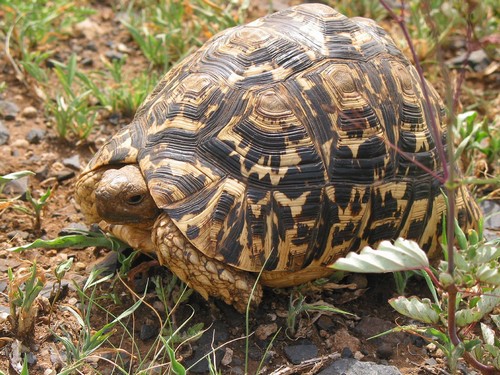 Since they are both reptiles and they belong in the same order, the turtle and the tortoise share some characteristics such as being cold blooded, having hard shells for protection, having scales and they reproduce by laying eggs, which they lay on land. Once eggs are laid, they will incubate underground for a period varying from 90 days up to 120 days.

The shell of the turtle is generally lighter compared to that of the tortoise and this is an important adaptation because the light shell enables the turtle to float and swim better.

Tortoises are relatively harmless and so are turtles and the most harm they can do is the pain that they can inflict when they bite. Moreover, there is a certain species of turtles known as the alligator snapping turtle which has a strong bite force that can inflict serious damage when it bites. It has strong jaws that snap shut and can seriously bite, hence the name alligator snapping turtle. 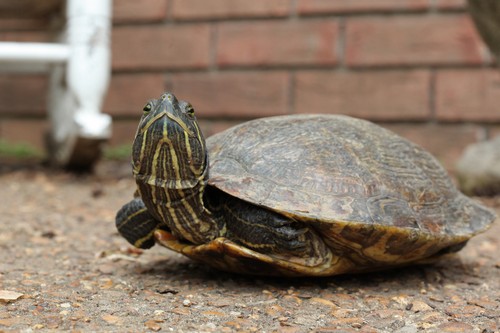 The tortoise and turtles are able to retract into their shells when they feel threatened. They will retract their legs as well as the head into the shell which offers protection. Only the sea turtles are unable to do this, and even when in danger, they are not capable of retracting their heads into their shells.

Interestingly, turtles have been known to cry, however it is not really crying, but rather it is a way of expelling excess salt out of the body. This phenomenon is observed, especially in turtles that live in salty water and they need to occasionally get rid of excess salt. Tortoises on the other hand do not need to get rid of excess salt in their bodies and therefore they do not exhibit this behavior.

Apart from these differences, there are also other differences and people who do not know will easily mistaken or confuse between the two. There are cases of people throwing tortoises in water, mistaking them for turtles and if one does not realize early enough that the tortoise cannot swim, the tortoise will drown. It is therefore important to note the differences between a turtle and a tortoise. 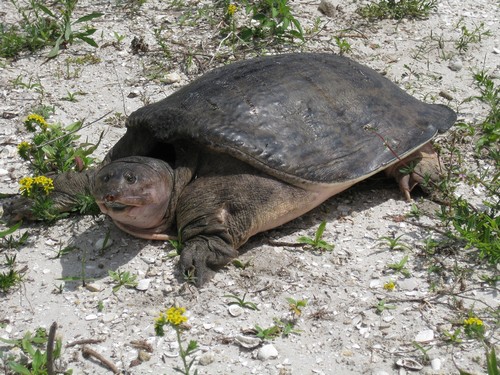 Differences in Habitat of the Turtle and the Tortoise
The tortoise lives a terrestrial lifestyle, living its whole life on land and tortoises do not know how to swim. On the other hand the turtle lives an aquatic lifestyle and they are able to swim.

Since tortoises live on land, when a tortoise lays its eggs, she is able to take care of the young ones once they hatch, however for the turtle, once she lays her eggs, she retreats back into the water and the hatchlings will have to take care of themselves once they hatch. There are instances when a tortoise will go into water and when they do this; it is usually so that they can clean themselves.

Not all species of the turtle are fully aquatic and there are some that will spend some time on land but will be in the water most of the time. Turtles are mainly found in Africa and in America in their wild habitat, while the tortoise is found in Asia and in Africa. However, there are some species that can be found in the Americas in the wild. 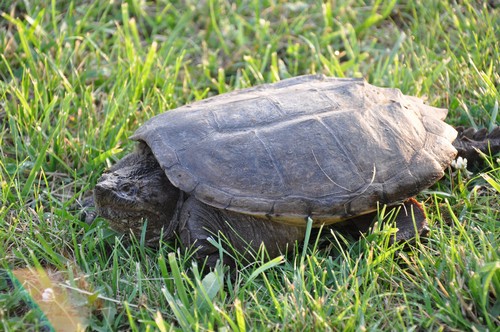 Differences in Physical Appearance of the Turtle and the Tortoise
Both the turtle and the tortoise are adapted to life in their different habitats, with the turtle adapted to the aquatic environment it lives in while the tortoise is adapted to terrestrial lifestyle. Since turtles spend most of the time in water swimming, they have a streamlined body shape which enables them to swim more efficiently and using less energy as compared to if they were not streamlined.

Furthermore, turtles have flat limbs that act as fins to enable them to swim faster and they have feet which are webbed for swimming. Their feet have long claws, which enable the turtle to be able to walk on the floor of the ocean and other water bodies and to also grip debris, dig and be able to climb onto river banks and seashores there are turtles such as the pig-nosed turtles, which have flippers for efficient swimming.

Tortoises on the other hand, are not streamlined, but rather have a shell that is dome shaped and is strong so as to be able to protect the tortoise from predators as well as elements such as weather and mechanical injury. Some species of the tortoise have a shell that has bumps on top while others do not have bumps on the shell. Tortoises also have short and strong feet but they are not webbed like those of the turtle. They have long claws on their feet which help them to dig. 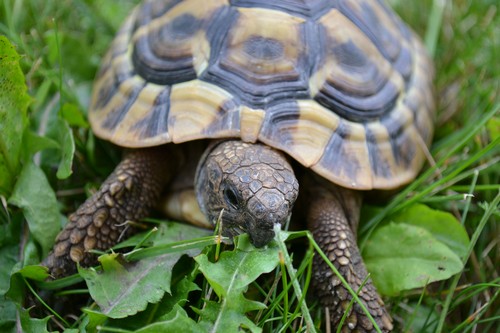 The turtle will eat various foods that it can find in the sea as well as fresh water. It will eat both plants and animals, eating vegetation that can be found in deep waters and on the ocean floors or sea beds. It will also consume small animals that it can find, such as the jellyfish, worms as well as small fish that can be found in the sea and in the ocean.

The tortoise on the other hand will consume vegetation and it will eat various fruits, flowers and grasses that it can find and they have been known to have quite a diverse selection of plants that they eat and in their lifespan, tortoises can eat up to over 200 different species of plants. 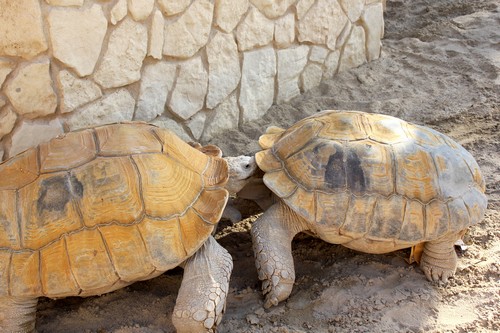 Difference in the Lifespan of the Turtle and the Tortoise
The turtles and the tortoise have different lifespan and this may be as a result of the different habitats that they live in. The tortoise can live for up to 80 years and there are several cases of tortoises living over 100 years old, and even as much as 150 years old. Currently the oldest tortoise that is known to be alive is a Seychelles giant turtle found in the island of Saint Helena and it is reported to be around 183 years old. The tortoise is named Jonathan.

Difference in the care given to young turtles and tortoises
Turtles will generally not take care of their young ones and once a turtle lays her eggs, she will leave them in the sand and retreat back into the water, leaving the eggs to hatch and once the eggs hatch, the hatchlings are on their own and they have to find their own way to the water. 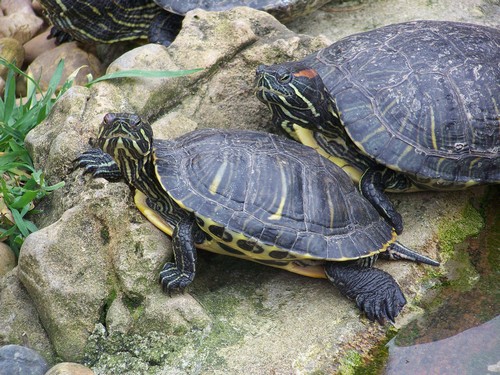 However for tortoises, when the female tortoise lays eggs, she will wait for the hatchlings and once they hatch the hatchlings will find their way from the nest to their mother, who will take care of them. Tortoises show maternal care for a period of up to 80 days while turtles do not.