Whether tame or wild, most animals tend to produce younger versions of themselves that are truly cute and adorable. However, there are a few baby animals that are really good to look at. Most of these animals are found in our homes as pets while some can be found out there in the wild. Here are a few cute baby animals that will make one lose his/her indifference and be simply left in awe and reverence.

Cutest Animal in the World

Perhaps one of the cutest baby animals that reside with us as pets are kittens. It is common knowledge that cats are among the most adorable creatures in the world. It, therefore, goes without saying that they produce one of the cutest baby animals. The three most popular kittens of the domestic cat include the Munchkin, Himalayan and Bengal kittens.

This kitten has a beautiful face with round clear eyes that give it a very innocuous look. It is simply sweet-natured, outgoing, people-centred and playful. She can be able to run and leap despite the shortness of her legs.

The Munchkin can sport different types of coat colors and patterns depending on her parentage. However, she looks sweet and adorable no matter which coat color she wears. The kitten is well groomed and looks spotless and clean.

The animal kingdom is filled with cute as well as ugly looking animals based on their appearances, their behaviors, and their nature. However, nature also provides some really cute animals. Here is a list of 5 really cute animals that one can find in nature.

Cute Puppies
All puppies are simply adorable but there is quite a number of puppies that are really cute. This is the reason why you find pictures of such puppies in commercials, greeting cards, and other marketing materials. The reason is that some puppies are simply irresistible. Some well-known cute puppies include the offspring’s of the English bulldog, the Golden Retriever, and the Labrador retriever.

The English bulldog puppy has wrinkly, squat and chubby features which make him look mean and sweet at the same time. Its short, stout stature gives him such an adorable and irresistible look that make most people melt. These type of puppy is very popular and it comes as no surprise when you can find its picture in many print media and greeting cards.

On the other hand, the Labrador retriever has such an innocent look to it that makes it be loved by many. It looks so harmless and beautiful. Its sweet face is a ticket to many people’s hearts. There is also the Golden Retriever which is also irresistible and will always elicit a smile from an admirer. This puppy is so used in commercials and has become a very common face in many people’s homes.

Rabbits (Bunnies)
Bunnies are found in different locations around the world and are classified into eight genera which include cottontail rabbits, European rabbits, Pikas, Hares, Amami rabbits and the rest.

Rabbits are such cute creatures that it is very difficult to deny them in the top rankings. They have amazing twitchy noses and cotton tails that make them look truly adorable. They are known for their bunny binky – a little rabbit jump that is truly cute to watch. Rabbits have furry paws which are very soft and beautiful.

The best thing about rabbits is that their cuteness extends to their behavior. Unlike dogs and cats, bunnies are harmless animals. They don’t make loud noises like dogs neither do they scratch like cats. They are just harmless, independent animals that are very cuddly. It is good to look at how the bunny’s pink noses twitch with each second and how it sometimes jumps and shakes its fur simultaneously.

Hummingbirds
Hummingbirds are really cute animals that have a colorful appearance around them. They are lightweight birds whose weight is less than the weight of a penny. The hummingbird is able to flap its wings about 200 times per second. It is also able to do about 34 miles per hour.

The bird is really cute especially when it comes to how it appears. It has multi-colored feathers which are a mix of about five different colors. This combination is beautifully patterned all over its body and brings out a lively appearance to the bird. Moreover, it also has a long beak used for sucking plant sap and pecking. It is a welcome sight to many bird watchers who are always thrilled by its cuteness.

Quokkas
Quokkas, which are known as ruthless survivors,  are among the cutest animals that one can find in nature. They are a very rare species of the marsupial family. They are small in stature and have a happy look about them that makes them look really cute. Their facial appearance is enough to bring happiness to anybody. They weigh about 11 pounds and are fun animals to be with. Their happy look is contagious not to mention their how super cuddly they can become. 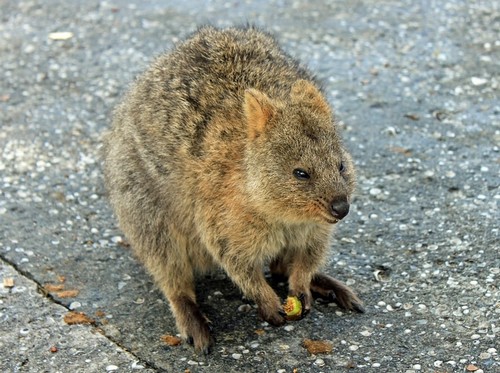 Arctic Foxes
Arctic foxes are really cute animals that are found in the Arctic Circle. They are known to survive in very extreme cold conditions of below 58 F. They have soft, fluffy purely white furs that give them an angelic look. They raise their young ones in underground burrows that have been there for several generations. 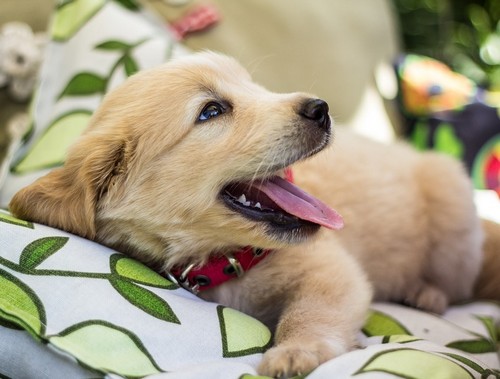 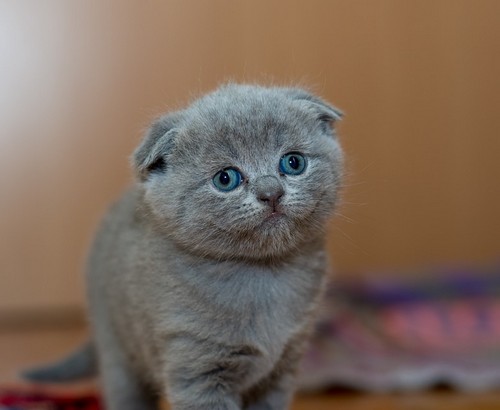 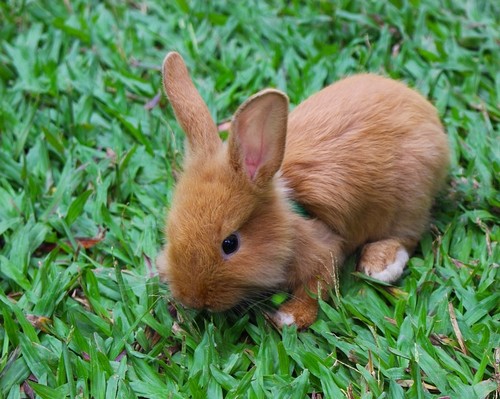 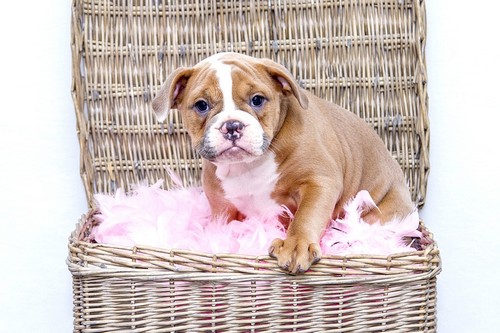 Baby skunks
These little beauties have been known to be the cutest animals for a long time now – and that is not about to change. The baby skunk has few hairs that cover it soft pink skin which looks adorable. This does not last long because they soon develop a black fur that is either stripped or spotted with white. They have stumpy legs, stocky bodies, and bushy tails which make them stand out. 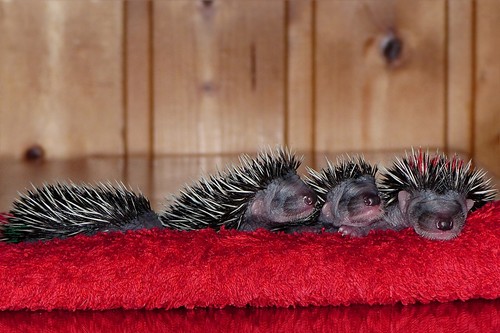 They have the cutest nose that you can ever find in the animal kingdom. Their noses are dark and handsomely broad. This makes them very good snugglers. Their faces are wrinkled and purely squishable. It is also a good sight to see a sleeping baby skunk. They look adorable when they nap. Moreover, baby skunks are also good snugglers and are huggable because of their softness and fluffiness.

Although they have poor eyesight, their sense of smell and hearing is good and they can perceive things that are beyond us. Perhaps, the best sight ever is seeing a baby hedgehog taking a bath. It is truly mesmerizing

Baby fox
The baby fox is known for its fluffiness which makes it undeniably cute. This small animal has the greatest smile that you can ever find in the animal kingdom. It has the ability to flash different types of smiles which elicit different types of positive feelings. They also have long and cute whiskers which give them a handsome look that is very attractive. Furthermore, their eyes are magical and reveal a deep-seated friendliness that is hard to resist. Most importantly is the fact that the baby fox can do several poses that are really cute. 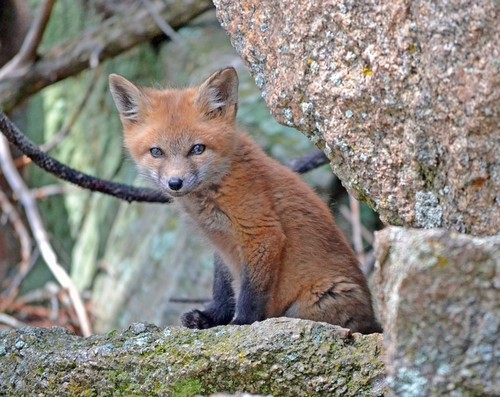 Most animals are adorable but there are a few which stand out among the most adorable animals and that includes:

The fennec fox
The fennec fox is a native of the Sahara in North Africa and is an adorable type of fox that is also rare. It is known for its most adorable ears which are giant like and disproportional.

Fawn deer
Deer are found all over the world in abundance. Their availability, however, does not prevent them from being adorable. Deer look so delicate and weak, and this makes them even more attractive. Their agility and grace are superbly amazing and adorable.

Lemurs
Lemurs are natives of the Madagascar forests that have such an amazing look about them not to mention their ringtails. They like human company and are good listeners. They are simply adorable because they rarely disappoint.

Meerkats
This animal type is adored the world over due to its peculiar standing stance. It is a native of the African deserts of Namibia, South Africa, and Botswana. Meerkats provide excellent company and are fun animals to be with.