Today, we look at two reptiles that have perhaps the most striking resemblance among all reptiles: the crocodile and the alligator. These two animals are interesting because they possess physical features like no other and have habits peculiar to only them. There are continued survival even when many of their kinds have been wiped out from the earth is a testament of their abilities, as you shall soon see.

Although this article seeks to present as many interesting facts about these creatures as possible, it is important that a lot of emphasis will be placed on comparing and contrasting the creatures. But before then, let us briefly observe these two reptiles under a couple of headings.

Similarities Between Crocodiles and Alligators

Since it is very difficult to discuss one without mentioning the other, we shall analyse them side by side.

Generally, both of these creatures are lizards. By calling them lizards, we are not thinking about the domestic lizard we sometimes see at residential areas. No. Simply put, they can be classified as giant lizards based on their physical features.

Being the lizards they are, they have four limbs, a tail and an elongated head. The underside of their bellies are direct contrast to their backs. While the back of their skin is very rough and wrinkled, their bellies are very soft. One would wonder how they manage to put up with this softness since they crawl on their bellies daily. But this confusion will be dismissed by the fact that they spend most of their days in water and soft environment.

Whether alligator or crocodile, there is this intimidating row of teeth that can be easily identified when they open their usually long mouths, and on a closer look, one would notice their feet are webbed. This often helps tell one from the other but we will come to that soon.

Crocs and alligators maintain the same kind of habitat all over the world. Since they are able to thrive in tropical marshlands and brackish waters, crocodiles are some of the most common animals to see in many countries. As a matter of fact, it is very easy to simulate their natural environment.
For alligators, there are two main types: the American alligator and the Chinese alligator. Owing to their poikilothermic nature (inability to control body temperature), they dive into the waters when they are too hot and bathe in the sun when they are too cold.  This remains one of the reasons crocodiles and alligators are predominantly found in habitats that have some water. But far from this, crocodiles can still go several meters away from their natural habitat as they hunt for food. That is if their laziness let them.

Diet of Crocodiles and Alligators

Both creatures have a similar taste when it comes to what they eat. Diet is very important to both creatures and that’s because they usually don’t have much choice as it regards what to eat.

Both animals are lazy. They rank among the laziest creatures in earth. What else can be thought of creatures that spend their days luxuriating under the sun, or gliding slowly on still waters like a dead log of wood? And since they don’t hunt for food frequently, they cover up in a number of ways. First, their body metabolism is very slow, with a single meal lasting for several weeks at a time. Furthermore, they may eat vegetation and fruits. So, they don’t really have to bother about what to eat with these powerful natural mechanisms in place already. But they usually make meals out of molluscs, smaller alligators and crocodiles and so on.

They come together to copulate in the mating season, one female alligator picks just one male alligator for the season. It is the same with crocodiles. After mating, these lizards proceed with the laying of eggs in underground nests. The interesting fact here is that the temperature of the next plays a role in the sex of the offspring. Cold nests produce female offsprings while warm to hot temperatures produce male offsprings. After laying their eggs, the mothers mount guard to ward off predators who would want to eat the eggs. These predators range for other animals to other alligators or crocodiles. But most often than not, this guard is a failure. Reports show that though 50 to 60% of all eggs laid make it out and into the water alive, 99% of all offsprings don’t make it past the first three months after birth.

They end up as meals to superior creatures in the wild waters. It is not really the superiority of their predators that take them down, but the fact that they are too small at birth. The Chinese alligator is usually 5 to 9 inches long at birth and weighs between 25 to 32 grams. What do you think? The smallest carnivorous fish can eat them up in minutes!

When it comes to lifestyle and behavior, it is safe to say these creatures are among the world’s trickiest animals. Remember that they are big and lazy and slow. So, they rely more on their mental powers and instincts than their physical abilities to succeed.

Alligators and crocodiles spend most of their days and nights lazing around on the waters. It baffles me when people say crocodiles hunt for food because the events that lead up to their eating another animal looks more like a product of chance than active hunting. It is true that they know how to stalk animals. In fact, they can move so slowly on the top of water bodies such that an unsuspecting prey will assume their rough bodies are nothing more than floating logs of wood. However, they do nothing more than sleep, float and feed from every available opportunity. Remove these three things and you have a dead animal that does breathe.

One other behavior of alligators that we can be at least grateful for is the fact that they do not attack humans. They may do so only if their territory is invaded by suspected trespassers, and even at that, they only attack in self-defense. Lastly, they like to live in social groups since they are egregious animals.

Breathtaking Photos of Crocodiles and Alligators 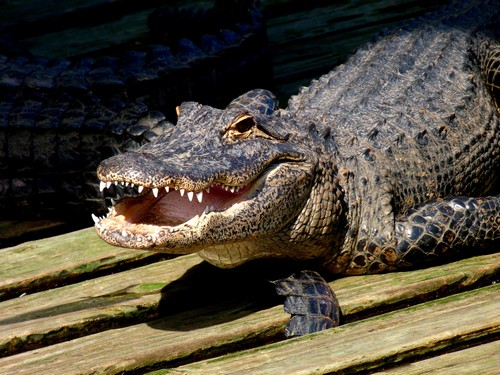 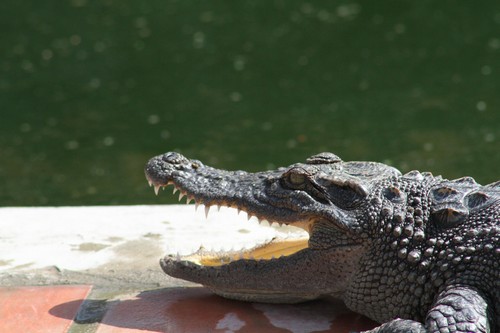 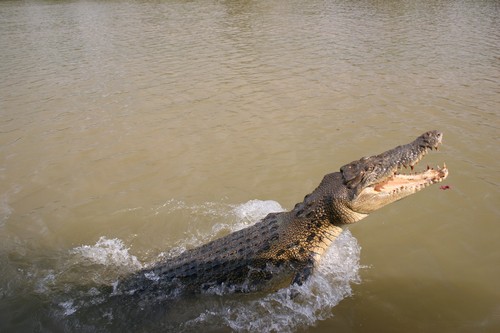 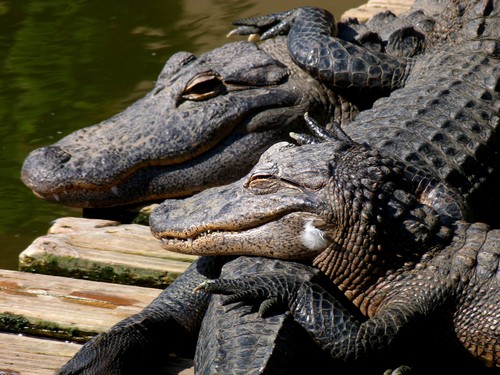 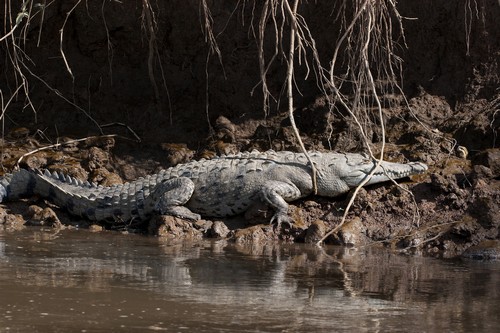 Unique Differences Between Crocodiles and Alligators

As a kid, I used to wonder why one animal (crocodile) would bear two different names and be considered two different organisms. But then, they are not the same animals at all. Consider the ways in which they vary:

15 Interesting Facts About Crocodiles and Alligators

For your reading pleasure, enjoy these random facts about crocodiles and alligators.

Crocodile hide is used by many to produce clothing items in the fashion world.

Crocodiles have very hard skins which often contain bony deposits known as osteoderms. These osteoderms may help one differentiate a croc from an alligator.

Crocodiles can live very long. What else would be expected of an animal that spends a lot of time in the water. They live for 5 to 6 decades with some living over 80 years. 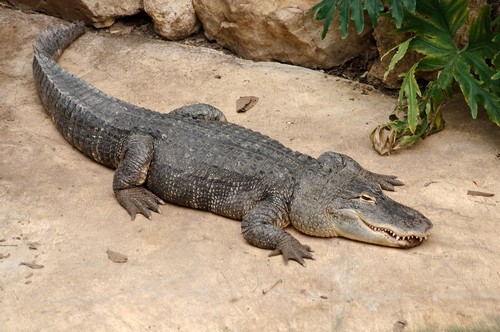 Crocodiles are endangered since they are being heavily poached.

Crocodiles are at least 240 million years old with dinosaurs and birds being their closest relatives.

Saltwater crocodile is the world’s largest crocodile specie and can reach 18 feet in length.

Crocodiles open their jaws to cool off since they don’t sweat. 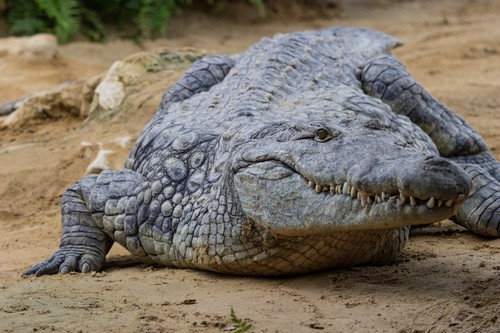 Crocodiles shed tear when they eat because the air that enters their mouths get trapped within and force the tears out of their eyes. That’s why their tears are fake.

Crocs have the strongest bites in the animal kingdom.

There are less than 200 Chinese alligators in the wild; they are heavily endangered.

Alligator is a Spanish “el garto” word which means “The Lizard”.

Alligators look like dead logs when they float on water; an excellent hunting adaptation.

American alligators are larger than their Chinese counterparts.

Alligators may look like crocodiles, but they actually aren’t.

They are shyer than crocodiles and often tend to keep to themselves, far away from human advances.