Cranes are very beautiful birds.  They are majestic and from their look you can know that they have a lot of confidence.  I have seen one and wondered, “if only you would talk, I would take many leafs of wisdom from you.” For example, crane does not just sit and wait for a good season.   It is opportunistic and will follow the season rather than wait for the good season like other creatures.  This means that when other birds and animals are complaining about a dry season, the crane is busy in another continent enjoying life of plenty.

Crane’s physical descriptions are long necked and long legged birds making them a large birds. In fact the world’s tallest flying bird is a crane. In four genera, there are fifteen species of crane. Generally, as mentioned cranes are long necked and long legged birds with large rounded wings and streamlined bodies.  One can differentiate a crane with other birds by looking at them as they fly. Unlike other birds, cranes fly with their neck outstretched, not pulled back. The physical appearance of the male and female is quite similar only that the male are slightly larger. The plumage of cranes is highly influenced by the habitat.

For instance the cranes inhibiting large open wetland have more white in the plumage while those in smaller wetlands or forested areas are greyer in the plumage and less white. Most crane species, with exception of the blue and demoiselle crane, have bare skin on the face which tends to be red.  These skin patches are used for displays when guarding territory. This bare skin is primarily for communication which is achieved by expanding and contracting the skin. Also by changing the intensity of the color of feathers, communication is achieved. The sizes of crane vary depending on the species. The average weight of a crane varies between 8.8 to 26.5 pounds. In addition, the length varies between 3 to 7 feet.  The smallest crane species is demoiselle crane.  The tallest is sarus crane and the heaviest is red-crowned crane.

Where do Crane lives?

Cranes are found across most world continents with exception of Antarctica and South America. The center of crane diversity is Asia and Africa. Asia has around eight species of crane while Africa has five. The other three continents; Australia, Europe and North America have two species. Most crane species live in large open space of wetlands and are large, white. Those living in forested habitats and smaller wetlands are smaller, grey with little white color. This difference helps the cranes living in forested habitats to be less conspicuous hence, cannot be easily identified by their predator.

Most cranes build their nests in wetlands and move the chicks to grasslands to feed but return to wetlands at night. However some crane birds stay in the wetlands for the entire breeding period. The crane species living in grassland require weed land for roosting during the night. Some species are sedentary this is to say they live in a single territory permanently. However, most of them migrate seasonally.   Cranes depend on wind and column of warm clouds to determine their height and length of flight.

Cranes’s behavior can be manifested through their activities that they do during the day and they just sleep during the night. During the season of breeding, cranes tend to be territorial and often remain in their territory all the time. However, in the non-breeding season they tend to be non-territorial and usually form large flocks to roost, socialize and feed on some species. The cranes that feed exclusively on vegetable matter, during the non-breeding period will feed in flocks whereas, those feeding on animals will feed in family groups and only join the flock during resting period or when it is almost migration. Crane flocks are very important for safety when resting also when unmated cranes meet others.

Cranes are very vocal. Their specialized call is characterized with large vocabulary and they use it for communication. Their vocabulary begins after hatching. The young crane will start with low, purring call which the main purpose is to maintain contact with the parent. It will also make food begging calls. Some calls such as flight intention call is made by a young crane but will still be maintained even at adulthood. Duet calls are the most impressive and is used for individual recognition.

What will Crane eat?

Cranes are said to be opportunistic feeders as they will feed on anything they find in the habitat. Their diets mainly consist of plant and animal matter. Their feeding habit relays heavily on availability, season and location. Crane species with shorter beaks often feed in drier upland while the long-billed species in wetlands. The species that feed on land mainly eat seeds, fruit, insects, nuts, worms, small reptiles, mammals and birds. On the other hand, species feeding in wetlands mainly eats roots, rhizomes, tubers and other parts of emergent plant, molluscs, small fish and amphibians.

Generally, it is true to say that cranes are omnivorous. Their foraging tactics vary depending on the food type. For instance, tubers and rhizomes, the crane will spend some time digging, later,  it will expand the hole to find them. However, when hunting for insects and animals the crane will lower their head while moving forward and probe with their bills. When a large flock consisting of different species is feeding, each species will maintain different niches in order to avoid niche overlap and competition.

Cranes are known for establishing pairs that last up to a lifetime.  But as I said before, these birds are opportunistic, if the two pairs for some reason don’t breed, they will try a few times without success, they will not stick together but will divorce and each one moves on and looks for their luck elsewhere.   In contrast, pairs that are repeatedly successful in breeding season will live together for a lifetime. Cranes form the pair bond in the second and third years of life but mainly occurs several years before a successful breeding season.

Cranes are seasonal breeders.  Their seasonality vary between species. Some species breed during the summer, other during the wet season.  Cranes are known to guard their territories during the breeding season.  Some guard a territory as big as 500 hectares while others guard a small territory. The work of guarding a territory is done by the male. Females do not know how to guard a territory and in the event of the death of the male, the female will just vacate the territory.

Cranes have mating rituals.  Both the sexually mature female and male will perform dances as they try to select a suitable mate.   After they have selected the suitable mates, then they will mate.  Bothe the female and the male crane will then build a nest. The female will lay 2 eggs.  The two will take turns to incubate the eggs.  The incubation period is between 29 and 31 days after which young cranes will hatch.  The father crane and the mother crane will stay with the young cranes taking turns to go out and look for food for the family.  The young ones grow very fast.  However they take some weeks before they are able to fly. 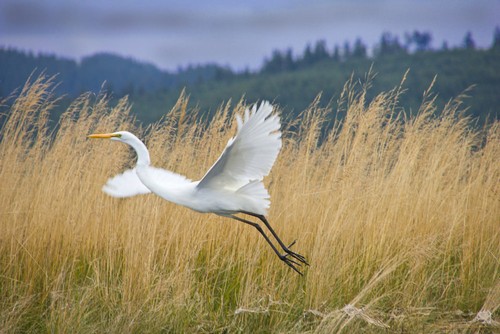 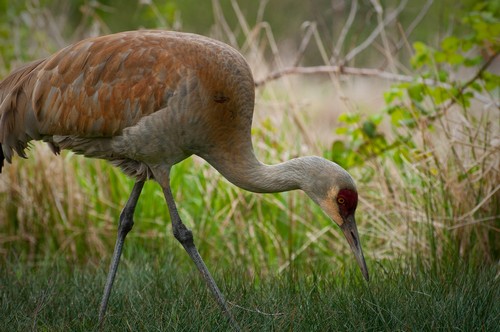 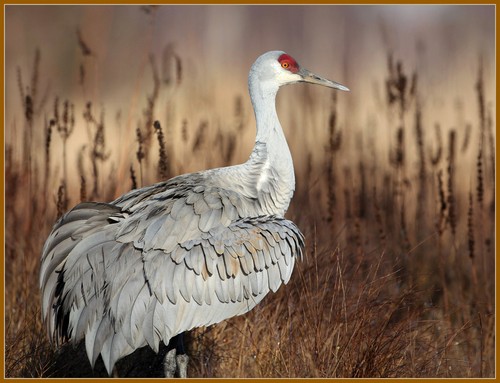 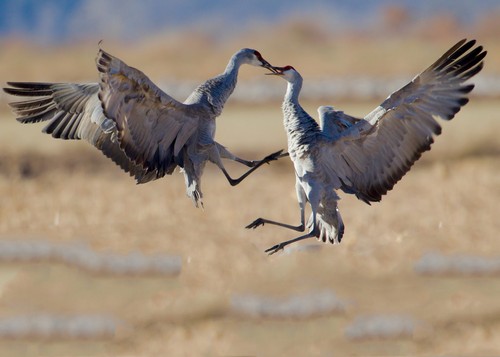 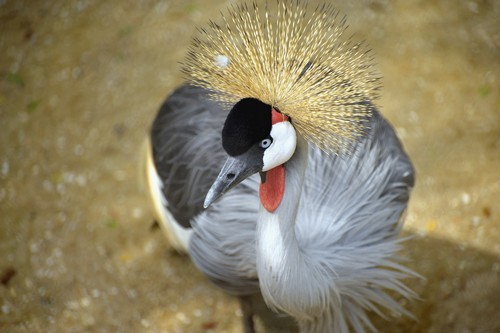 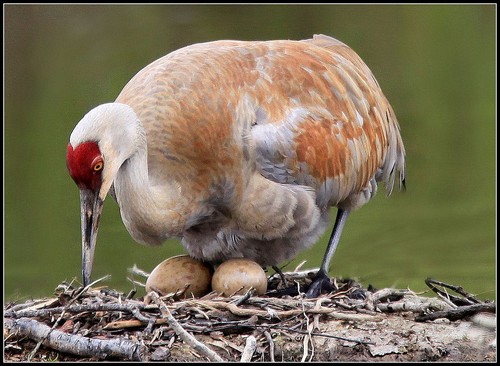 As the human population increases, there is need to create more room for expansion.  The only way to do it, is by cutting down trees and vegetation so that homes can be built and infrastructure.  More land is also created for agriculture. In doing all this, crane’s habitation is destroyed.  Their nests are destroyed and also the eggs in the nests. The breeding territory is also destroyed. The crane birds die due to lack of food.  They do not have a breeding territory therefore they no longer breed.  Most of the eggs and the young cranes are destroyed.  The population of the crane has drastically decreased.

Cranes have been hunted down by people and killed for meat.  Most local people’s logical thought is that since cranes are large, a single one can be eaten by the family for days.  This meat is also sold to other people and the seller gets some income.  During these hard economic times, people are looking for anything they will do in order to earn some money to feed the family and pay bills. Some people found the only easy way out of their problems is hunting, killing and selling crown meat.  This has greatly endangered the life of cranes and their population has decreased greatly. 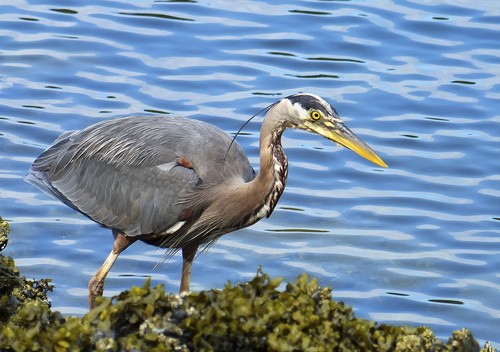 The government of all the countries where cranes are living, found out that the population of crane had decreased and if nothing was done all the species of the crane would soon be wiped out.  The entire remaining crane were captured and brought under captivity. The crane was incorporated in the wildlife Act and anybody found killing it would face the ruthless hand of law.  The governments also sensitized the people on the economic importance of the crane which most people did not know.  It was decided that anyone wishing to cut down trees would get written permission from the concerned people who would inspect to see if some wild birds or animals would be affected and what would be done.  For example those animals likely to be affected will be captured and taken to a zoo.