The corgi is a dog breed with a small body stature that has its origins in Wales. It is often regarded as the Welsh corgi. It is a herding dog that can be found in two breeds. These breeds are the Pembroke Welsh corgi and the Cardigan Welsh corgi. The Pembroke is largely associated with dogs that have been found in the Flemish weavers at about the 10th century while the Cardigan is associated with dogs from Norse settlers.

The Pembroke is more popular than the Cardigan which is regarded as a vulnerable native breed in America. According to breed standards, these two breeds have some varying differences between them. The cardigan is much larger than the Pembroke. It is also taller and heavier. Both of them have similar lifespans but the Pembroke is more susceptible to illness and disease. They are more likely to have urethra, kidney or eye ailments more than the Cardigan. It is said that the corgis share history with Queen Elizabeth II who is known to have had more than 30 dogs which were either Corgi Dachshund or Pembroke crosses.

The corgi puppies have been largely associated with royalty. These puppies are of short legs have a long body that looks like a hotdog. They are quite adorable dogs especially when you look at their faces which are always emotional. These puppies are very popular and loved by many. It is not unusual to find them in royal palaces. They are the favourite dog type of the British royal family due to their attractiveness and intelligence.

They are highly energetic dogs that love playing and exercising. Due to their herding background, these puppies are known to be nippers. Their faces are poker shaped and highly emotional. The corgi puppy’s face can tell you almost anything due to its expressiveness. There are two different types of the corgi puppies and this includes the Pembroke and the cardigan corgi puppies. This difference in breed does not make them less adorable. The puppies are also athletic in nature and this is a characteristic that is helpful in their herding activities. This dog type requires a lot of training and exercises to keep it fit and alert.

The Pembroke Welsh corgi is also known as PWC or Pems. It is the smallest breed of the herding type of dogs. It has a sable, red, fawn or a triple coat colour. It has white markings on the legs, chest, neck and stomach. Sometimes one can notice a narrow blaze on its head. They have fox-like shaped heads with oval shaped eyes and erect ears. They look very sharp and alert given their physical features. Their ears are very sensitive and can detect strange noises at the slightest movement.

These are very noisy dogs that have a tendency of barking at nearly everything they set their eyes on. They are, however, intelligent dogs which can sometimes become stubborn. Their herding instincts can sometimes get the better of them and make them nip on the toes of little children. These small dogs are also known for overeating and they seem never to get enough food. This tendency should be closely controlled and only give them whatever amount of food that is adequate for their needs. They also have high energy levels which should be controlled by giving them enough exercises.

Personality of Pembroke Welsh Corgi
Even though Pembroke’s are still being used as working dogs, most people regard them as pet dogs. The Pembroke is known for its intelligence and friendliness. It is also known for its happy attitude which can sometimes turn into stubbornness. It is an independent minded dog that will sometimes do what it pleases by ignoring commands from the owner. However, the Pembroke is easily trainable but it is never subservient.

When training a Pembroke, the greatest motivator is food. The dog will play along when food is used as a form of reward. Because of their love for food they can easily become obese if food intake is not controlled. These dogs can also be a good watchdogs. They are suspicious dogs which do not trust strangers. They will immediately alert the owner if they feel that the stranger is up to no good.

Pembrokes are healthy animals but sometimes they become prone to ailments. It is, therefore, important to be aware of the different types of ailments that can affect your dog.

The corgi husky mix is a beautiful cross breed of the Welsh corgi with other dog types. It is also known as Horgi. It is a sledding dog that is also used as a herding dog. It is a strong dog which has a high energy level. It is also an alert and attentive dog. It combines both qualities of a husky and a corgi that is very adaptable to various weather conditions and can survive almost anywhere.

The Horgi or the corgi husky mix is a very friendly and sociable dog. It can be very friendly to children when it is socialized early in life. Due to its high energy, it is advisable to give it plenty of exercises and training. The dog stands about 13 inches tall and weighs about 20 to 50 pounds depending on its breeding. This dog can live up to 15 years if it is well taken care of. 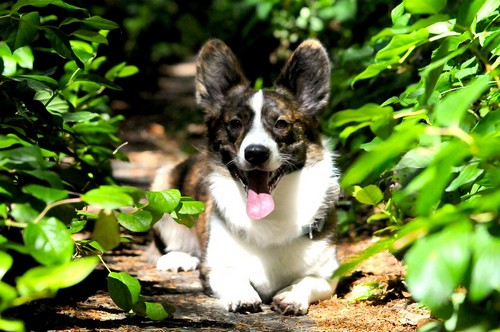 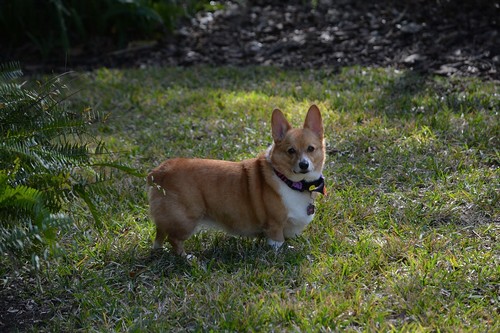 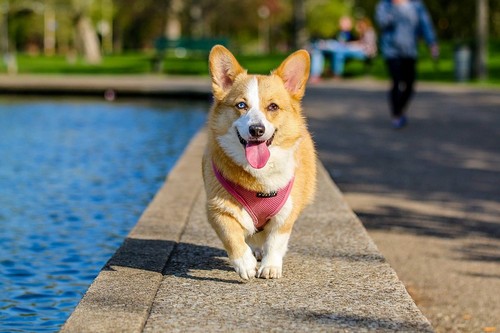 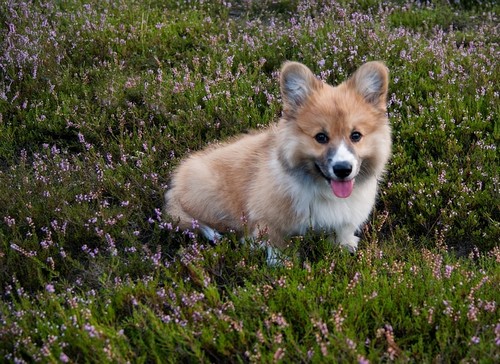 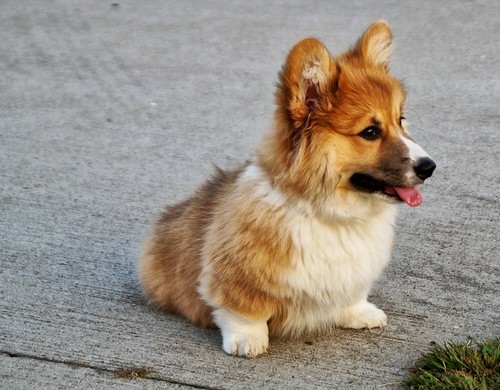 Appearance of Horgi
The Horgi resembles the German shepherd. It has a small size and its body is often near the ground. Their legs, just like those of the corgi, are short and stubby. They also have erect and alert ears with almond shaped eyes. Their coat colours vary but the most common are sable, red and brindle.

They are double coated dogs whose coat colours come from its parentage. This dog sheds its coat all the year round and this can sometimes be very messy. It is, therefore, advisable to groom the dog on a daily basis to control the shedding. Its double coat is very helpful especially during cold seasons because it provides enough warmth to the dog.

Temperament of Horgi
The Husky mix corgi is an easy going dog that has a pleasant temperament. It is a friendly and sociable dog whose gentleness is quite inspiring. This dog type gets along with the whole family including visitors. They are also loyal pets that require training to get the best out of them.

Apart from that, Horgis are also intelligent dogs, a trait that they inherit from both their parents. They are easy to train and able to distinguish right from wrong behaviour. Training ensures that the dog maintains a good temperament towards its owner, children, visitors, and other dogs. They are also good companions which can visit almost anywhere while maintaining good behaviour. 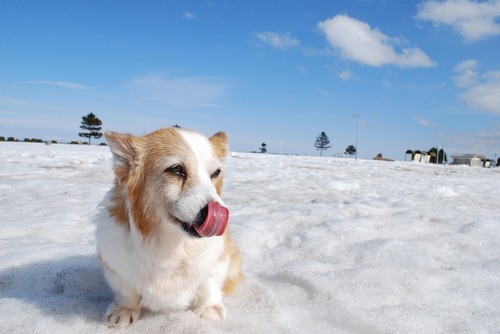 Corgis are intelligent animals that have a spirit of adventure. They are eager dogs which are curious and ready to explore new things. They love water sports and exercises and have a high energy level that simply does not run out. They are overcompensating dogs that act like giants although they has a small stature. They are confident and can take on almost anything irrespective of size. They are like to be on top of things and will never let anyone underestimate them.

They are also alert dogs who are good at troubleshooting. They are always looking for something to do and sometimes think outside the box. Another thing is that they are never afraid of danger. They thrive in dangerous situations. Being herding dogs, they are able to guide and guard big animals like sheep and cattle with little difficulty.

Perhaps their most notable feature is their talkativeness. They are known to be perpetual barkers. They will bark at the slightest provocation and they never seem to tire. You can train them to control their barking but when they are excited they will bark incessantly trying to communicate with you all the while. 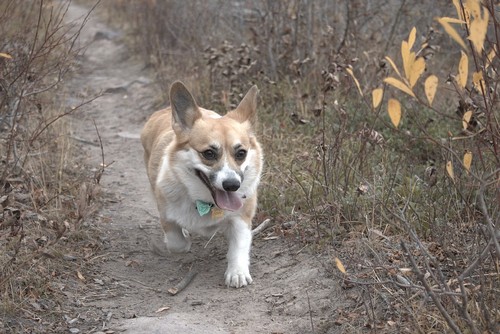 The corgi family of dogs is a very interesting breed. This dog type is small in stature but has a big attitude. This dog type, which is a herding dog is known for its high energy, its courage, its bark and most importantly its friendliness. They are no nonsense dogs that will not take things lying down. The two common breeds of the corgi which include the Pembroke and the Cardigan behave nearly the same. However, the Pembroke is known for its susceptibility to diseases and it is good if this dog is well taken care of to avoid an early death. The corgi husky mix and the cardigan corgi are hardy animals which rarely get sick and which can adapt to different environments easily. These dogs, which are largely associated with royalty, are indeed true royals.