The Cane Corso is a unique Italian breed of dog that is muscular and sturdy in stature. This dog is widely known for its usefulness as a watchdog and hunter. The name of the dog means bodyguard, a word which aptly describes its attributes. It is a highly valued dog in Italy, a region in which it originates.

The cane Corso mastiff is a smaller version of the Italian Cane Corso. It is a mastiff that is used on the farm in Italy. It is an intelligent dog which is always suspicious of strangers. They are, however, not aggressive dogs but cunning, cautious and watchful. They are very good in detecting and escaping dangerous situations.

According to breed standards an aggressive cane corso mastiff is a poorly socialized dog, it is a very polite dog that offers good company to its family. This, however, does not mean that it cannot protect its owner. They are also dominant animals that can be able to challenge authority both from their master and from other dogs. Under stress, the dog can lose its temperament and cannot withstand staying alone for long.

The male Cane Corso mastiff stands about 30 inches tall and weighs about 50kgs while the females have a height of 26 inches and weigh about 45 Kgs. The male Cane Corso is larger and more muscular than its female counterpart in terms of height and weight. Both sexes of the dog display a combination of athleticism, power, and balance.

The Cane Corso has a very interesting head to look at. Apart from being large, it is also imposing as well. Furthermore, it also has a flat forehead which converges to its muzzle, which is also flat and rectangular. It also has almond shaped eyes with cropped ears which are short and erect. In addition to that, the Cane Corso has also a docked tail which is long and erect.

When it comes to the color of its coat, the Cane Corso is well known to sport two basic coat colors. These colors are black and fawn.  However, due to pigment mutation, a number of different colors have emerged and this include gray from black-colored coats and fragmenting from fawn colored coats. The dog’s chest, tips of the toes, and bridge of the nose are characterized by white markings.

This dog is similar to a number of other dog breeds such as  the Bullmastiff, the Rottweiler, the American Pit Bull Terrier, and the Neapolitan Mastiff. All these dogs share,  more or less,  the same features both physically and temperamentally.  Consequently, most people confuse the Cane Corso with other breeds. However, the Cane Corso is a totally unique breed that comes from a different origin.

The Cane Corso is an energetic dog that is regarded to be over and above other breeds in terms of temperament. This dog type is known for its friendly nature and its love for strangers. it is also known for its spirit of adventure and has the speed and agility to match.

Nonetheless, the dog can be a bit nasty at times especially if it is not well socialized. It has destructive tendencies when left alone for a long time. Among its notable behavioral characteristics include the following:

It has a strong temperament

The Cane Corso is not an easy dog to train due to its independent-mindedness. It is no pushover and it takes a lot of time and patience to be able to control the dog. This dog has a domineering attitude and can sometimes be obstinate.

This is an athletic dog that has a spirit of adventure agility, speed, and energy level. It is a robust dog that requires a lot of exercises. He is also a dog that values companionship and social interaction. It may turn violent or destructive if left alone for long periods of time. However, the puppies are trusting and friendly to strangers but develop an aloofness or indifference when they become mature. This dog requires a lot of socialization at an early age to make it adapt a good temperament. If not properly socialized, the dog becomes unstable and aggressive and can be a danger to other people.

The cane Corso is a mastiff which is known to be very responsive to training but still dominant and can present some problems to a week owner. Cane Corso doesn’t drool like other mastiffs because they have a tighter skin. They are known for their love for water and love splashing water found in pools, mud hole, ponds and many other.

This dog has a very protective instinct, especially towards strangers. They, therefore, require some sort of exposure to people so that they can internalize nonviolent behavior from other people. This will prevent them from being suspicious towards other people. The dog can also become highly defensive due to lack of proper socialization. This can lead to defensive biting by the dog.

The Cane Corso breed is known to exist in two coat colors which include fawn and black. This coat color is further categorized as blue which creates gray from the black coating. This color is highly regarded as a blue color pigmentation which is as a result of some form of mutation. Cane Corso with this coat color are known as blue cane Corso, the blue color is also created from frumentino which is a fawn coated color type. The blue coat color is found in various intensity which can form a blue brindle known as Grigio Tigrato. 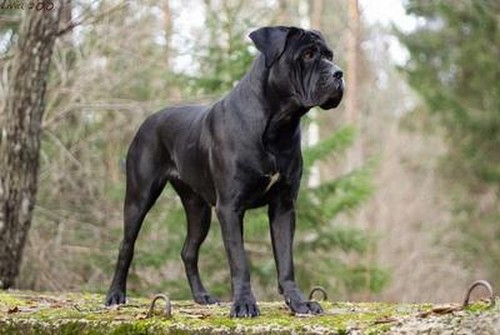 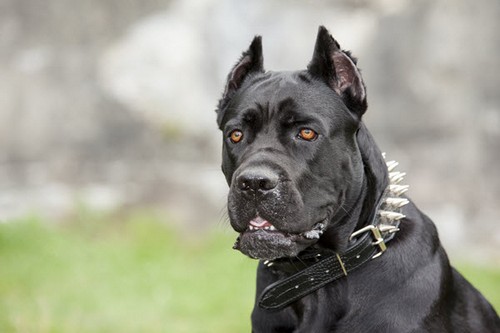 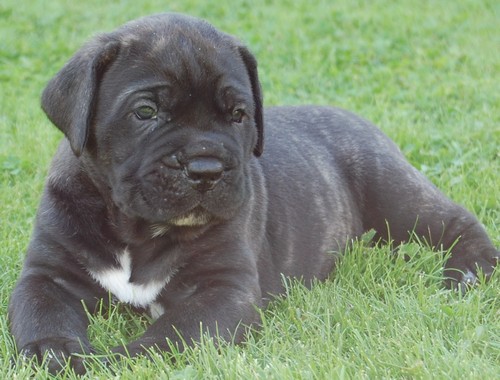 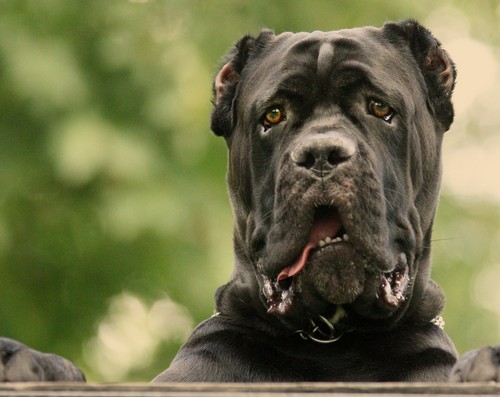 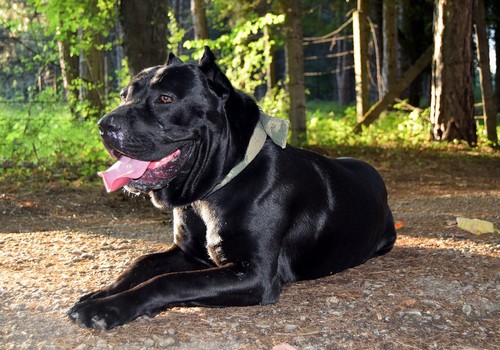 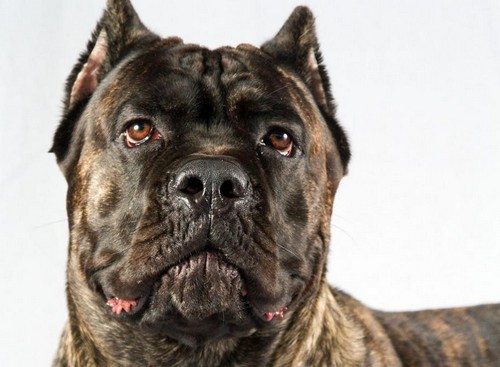 The Italian cane Corso is a well-built dog with powerful muscles. It is a dog that shows endurance, agility, and strength. It has a longer body than its height. This dog is the original cane Corso which ancestry stems from Canis Pugnax from Italy. It was used to hunt large animals and also used as a warrior in battles. It is a household name in Italy and it is widespread. It has a short hair coat which has a rough texture. The coat is  however, shiny, stiff and dense.

Temperament
The dog is loyal and likes pleasing the owner. It has a quiet attitude when in the house. It is highly intelligent and can easily be trained. He is a protection dog that has confidence and is also courageous. It is a dog that loves children in the family and this makes it very likable. They are gentle and protective and are known to closely stick to their masters.

It can protect people and property with the zeal of a warrior although it is not a fighting dog. But this does not mean that they back down from a fight. It needs to be socialized early because it can sometimes be headstrong. It needs a master who is authoritative and confident for it to be controlled. It can sometimes fight other dogs and attack strangers if it is not well socialized.

This dog needs to be trained to be obedient because it can sometimes become obstinate. It needs a strong owner who is consistent and who is able to provide the dog with good physical and mental exercise. A well trained Italian cane Corso makes a perfect companion who is also protective. It is also very submissive to members of the family and will not show any headstrong characteristics if it is well socialized. They are known to be impervious to pain and have overly sensitive ears. The dog also needs a lot of exercises to take care of their high energy levels. 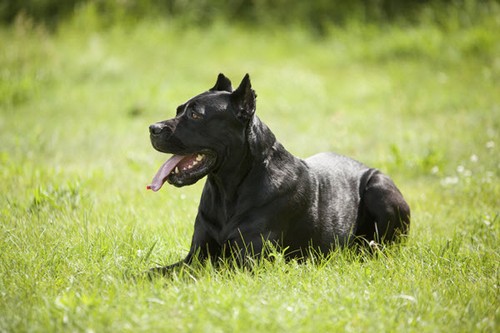 In summary. It should be noted that the cane Corso dog is a protective dog which is found in different shades. However, the original cane Corso breed is the Italian cane Corso which is a strong dog breed. Besides, the dog is known to be a good companion that sticks by its master in any situation. The blue cane Corso and the cane Corso mastiff have the same temperament like the Italian cane Corso apart from its size and color pigmentation. All these dogs are considered  protective dogs which are not a good fighting dogs but ones who are able to protect their family from dangerous situations and individuals. These are dogs which have a longer life expectancy when compared to other dog types.