In the animal world, there is a certain kind of animal that absolutely got our curiosity because they have certain genetic and biological characteristics that allow them to live in environments and places where nothing can survive…the camels.

Here we are going to discuss everything about camel and listed some interesting facts about these amazing animals that have attracted the attention of human beings since time immemorial. Let’s take a look:

Some detailed facts about Camels

Here are the things we did not know about Camels and they are as follows:

Camel adults measure up to 3.5 meters long and 2.3 meters high and weigh about 700 kg. Its coat is golden brown and long in winters and sheds in the summers. Their nostrils are closed in sandstorms; their lips are thick with long lashes to protect their eye from the sand. They have long, slender legs, and broad feet so that they don’t sink in the sand. These mammals are unique because their cells are oval shape and not round. It is believed that this help to sustain the blood flow throughout the times when there is an inadequate amount of water.

Camels feed on grasses and roots. They have three stomachs and they extract the maximum nutrients from grass. When they need food, they turn to store fat in the humps, which causes them to decrease their size.

Camels have a single breeding and gestation period of 11 months.

They live in herds consisting of females with their young and led by a male. Currently, the camels are in danger of extinction. They like to be with people. The domesticated camel provides milk, meat, wool, and transport to their owners. 95% of the world’s camels are domesticated. Camelus is a genus of mammals of the Camelidae family whose origins date back to 40 million years ago. These larger giant camels migrated to Eurasia and Africa by glaciations and were the ancestors of camels and current dromedaries. The Arabian camel is the most abundant today and only appeared 6,000 years ago. Camels are ruminants for their characteristic hump traditionally used as fillers and to move people in arid areas by its high resistance to dry weather. They can hold up to 10 days without drinking water!

The Camelidae family includes 3 species: Wild Bactrian Camel or wild camel, Bactrian camel or domestic Bactrian camel; both with two humps. The third is the Camelus dromedaries or dromedary with a single hump.

Camel babies are born without a hump and the adult measures 85 m to shoulder height and 2.15 m in the hump. The hump protrudes about 75 cm!

The male camels have a doula, it is an organ that can be found in their neck, which is a large inflatable bag sticking out from their mouth when they are in heat. It looks like a long pink tongue and is swollen leaving one side of its mouth. This is to allure or seduce the female camels and  inflict dominance.

You already know more about camels now! In the Christian tradition, camels are animals that accompanied the Three Wise Men to distribute gifts, gold, frankincense and myrrh to the baby Jesus. The arrival of the Kings with gifts is a tradition that at present, the night of every 5 January is full of magic in every house of Christian beliefs.

Camels are animals that never cease to amaze us by their ways to survive. They are amazing animals. 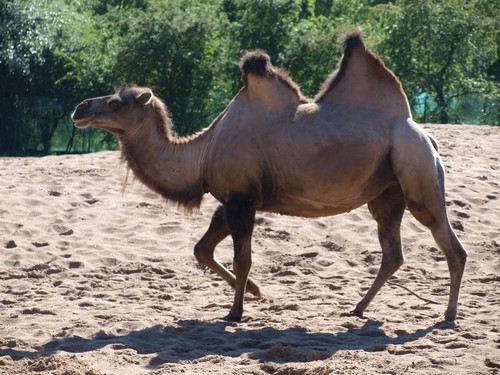 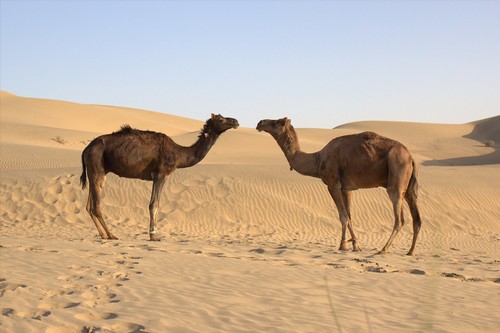 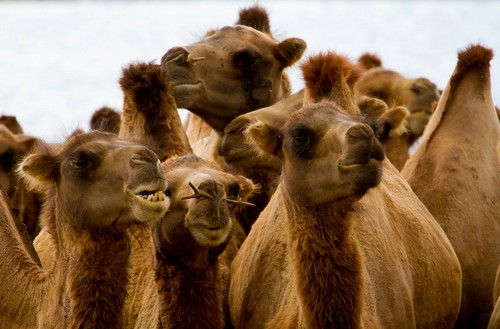 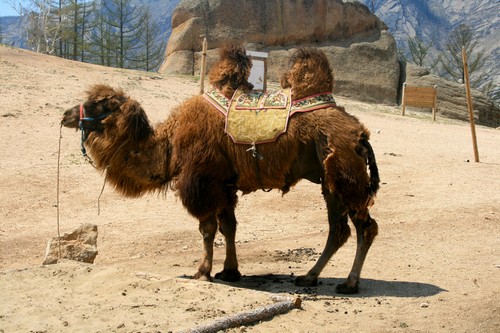 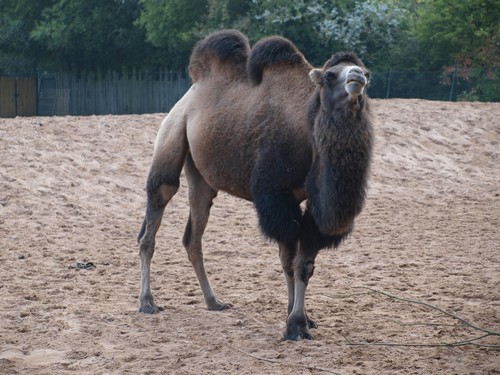 Why can camels hold out that long without water?

It largely depends on the amount of food which they have access to, the temperature during the day and the night, the wind and whether they are resting or working. In the Sahara (the world’s largest desert), this camelid may survive several days without a drop of water but that does not mean they don’t need it: they get it from eating plants. If the temperature is between 30 ° C and 35 ° C, they would not need to drink in two weeks. 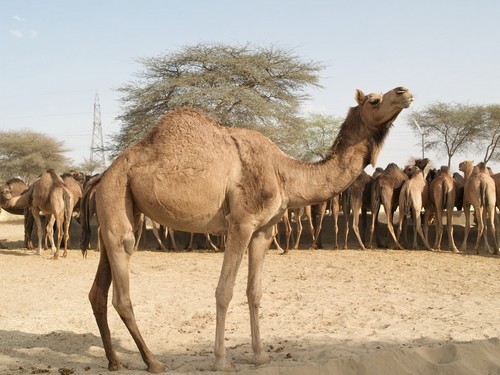 Clearly, if this goes up, they would demand their ration of water more frequently. In Mauritania, where temperatures reach 48 ° C during the day and 30 degrees at night, camels drink every 5 days but can go up to 10 days without a drop of water in their mouths. Of course, when they get to drink, no one can stop them as they are capable of drinking 106 liters of water and reach 170 liters at a time – more than twice the volume of the fuel tank of a normal car if left them with water for an entire day.

In addition, they endure dehydration very well. If a human being loses 12% of its weight, he dies. But a camel can lose 40% water without being in danger. This has to do with the rugby ball shape of their blood cells, allowing them to pass one day to the next without getting frustrated, although the plasma reduces due to dehydration. As if that were not enough, it supports internal temperatures of 42 ° C without falling ill. 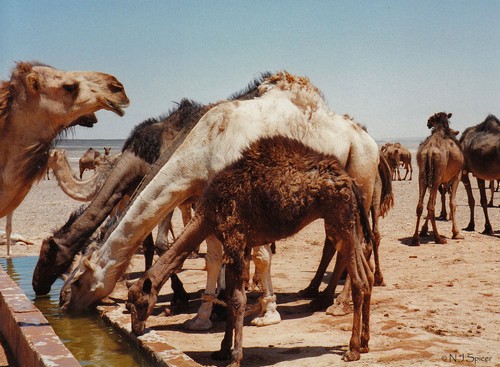 As you can see, camels are very unusual yet wildly fascinating animals that have fascinated and enchanted humans for decades. Scientists are very interested in these strange and surreal animals and in every single day, more and more studies are being shared which show more and more new characteristics and new physical traits of these animals.

Camel is a worldwide delicacy today and camel meat is regarded as scrumptious and really delicious. It is widely and generally eaten in the Middle Eastern countries like UAE, Saudi Arabia etc. and Australia etc. where it has a huge gastronomical value.

So without a doubt, I’m sure you’ve learned a  lot how amazing camels are.