If you came across a California condor in a lonely place you will be filled with fear especially if you have never come across such a big and huge bird. The first thought that will gripe your mind will be what you would do if it attacked you.  The eyes are fierce and ready for war or so you will think.  California condor is a peaceful bird and will not eat or attack any living thing.  It is a scavenger and its main preys are dead animals.  The only reason it will scare away living animals is when it wants the carcass all for itself and the other scavengers fearing its size will flee and leave it all alone to feed on the carcass.

California condor will not have stomach upsets for feeding on many bacteria from the carcass as you would possibly think, they have a way of fighting these bacteria back and leaving it more than healthy after feeding on them.   California condor has a lifespan of about 60 years.  The California condor which is in captivity example the ones in a zoo where they are well safe guarded live for many years.  Very few birds are known to live such a long time.

California condors are black in color on the outside.  They have triangular gray color on the inside covering their flight feathers.  The feet and the legs are gray.  They have long very strong ivory colored beaks and have brownish red eyes.  California condors’ head and neck has very few feathers.  Some have no feathers at all.  The skin of the head and neck has patches of yellow and reddish brown color.  When they encounter some danger or spot one of their predators this skin color flushes in a noticeable away.

California condors are often found on cliffs and on large tall trees.  This is where they build their nests. They live on rocky shrub land andoak Savanna.

California condor eats dead animals also known as carrion.  They are known to travel long distances of up to 240 kms in search of the dead animals.  They like feeding on large terrestrial animals like the deer, cattle, sheep, donkeys, horses, goats, beers, cows, and pigs.  They also feed on the body of other small animals like the rabbits, and such like animals.  California condors have no sense of smell and they use their sharp eyes to spot on the carcass.  They do scare away other scavengers so that they can be left alone with the carcass. When they encounter a large carcass California condor will eat until it cannot fly for some days.  However these birds are also known to go for weeks without eating.

Just like human beings when California condor becomes sexually mature mostly at the age of six years, the male look for its mate by performing some rituals.  The male removes its neck feathers and spreads his wings.  He approaches the female who he desires and if the female wants to be his mate she will lower her head.  Then this two will become mates for life. They make a nest on the cliff clefts or on caves.  They will then mate.

After sometime the female will lay a very big egg. The egg weighs about 280 gms and measures between 90 and 180 mm in length and about 67 mm in width.  California condors lay an egg once a year.  If the egg breaks or is stolen it will lay another one to replace the lost one.  Both the male and the female incubate the egg.  The chicks hatch after about 60 days of incubation.  The chick is usually too big and can take a week or so to completely leave the shell.  It usually has its eyes open during birth.   The chicks are able to fly after about five months but they fly and move together with their parents until when they are about two years.  This is when the parents build another nest and leave the former one to their offspring.

There are many reasons why California condor has greatly declined.  One of the causes of the decline is because a female lays an egg once a year and if the offspring dies for some reason it will take very long for it to be replaced.

Both the female and the male take a very long time to be sexually mature, six years to be exact.  If the mature male and female die then for some years there will be no offspring.  This is the reason why the population has declined.

Some animals are killed through lead shot.  The lead spreads to all parts of those animals making it poisonous to the scavengers.  Most California condors have died as a result of eating poisoned carcass or carcass of an animal which was lead shot.  Most of the California condors that have died are mature male and female, also some immature birds who are a year or less to their maturity.  This has left the Californiacondors’ population to almost zero.

The California condors do not know the danger of landing on an electric live wire and most of them have been electrocuted by these wires.  It is a pity that electricity has to be transported to different areas via live wires and the California condors cannot be cautioned about the danger of landing on live electric wires because they will not understand. 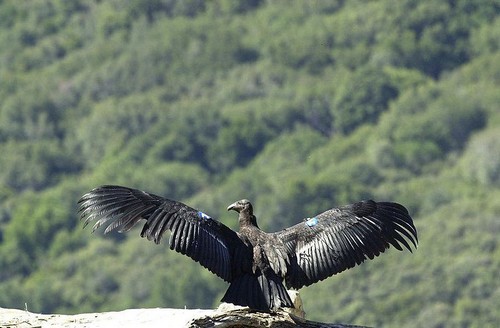 The population of human beings has increased and as a result most trees have been cut to give room for expansion in terms of infrastructure and buildings for human settlements.  In so doing the Habitat of the California condor has been destroyed. The nests where they have laid their eggs and even some of their offspring have been destroyed.  This has greatly contributed to the decrease in California condor population.

Due to all the risks that faced the California condor, governments of the countries where they are found example California and Arizona decided that the only remedy to this loss was to capture them and start a captive breeding program.  The few that were still alive were captured.  After a female lay an egg they would take it and the female will lay another one to replace that one and it would still be taken.  The eggs taken would be artificially incubated and more offspring would be brought up.  Though the exercise was too expensive because these California condors had to be fed, it was successful and the population increased until some had to be re-released.  The exercise has been going on where some captives are left behind and once the population of the captive increases, some are released.

In order to further safeguard the population of the California condor, the bird was incorporated in the wildlife Act.  It is illegal to kill the California condor or even to interfere or destroy its habitat without prior authority from the concerned people.  It was also forbidden for anyone to use any bullet or object with lead to kill any animal.

Many Zoos have been opened and many California birds have been put to captivity. 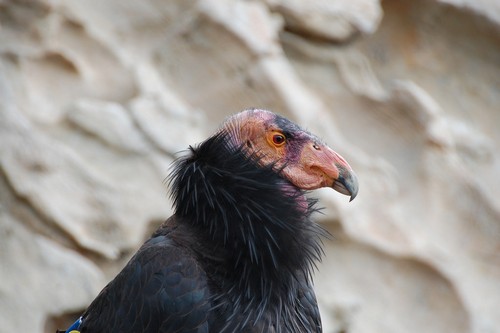 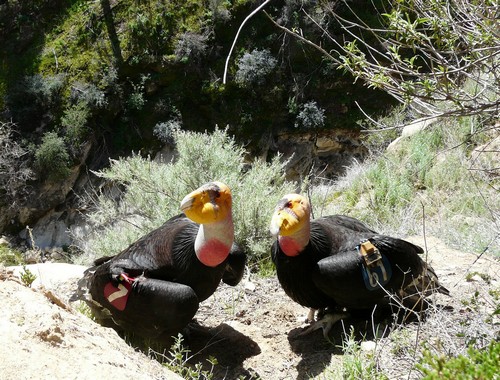 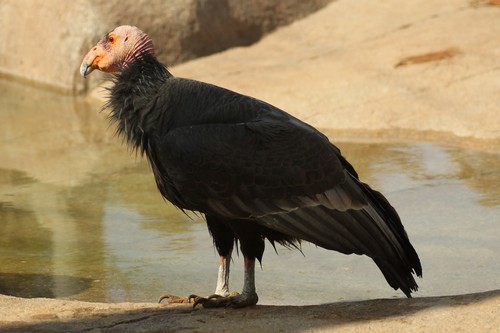 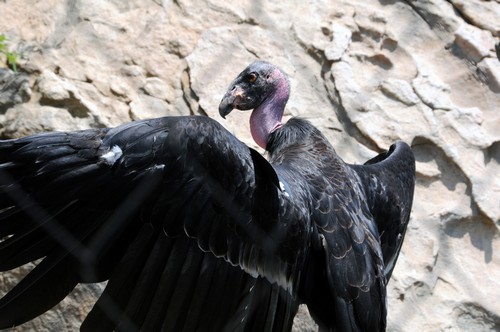 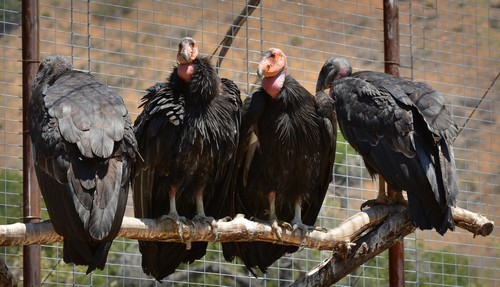 These birds are now part of the tourist attraction thus raising the economy of the country and as a result most local people have acquired employment and learnt the dangers of killing these birds or destroying their habitat.  California condor is one of the largest birds in the world and most people will travel far and wide to see it. Its bald head and neck and the colors of its skin is also something that is rare among other birds.  Most people will spend a lot of money to just see this bird.  The tourist will live in hotel rooms and eat in these hotels and in so doing most local people will get employment in these hotels.  The tourist will also buy other commodities from the local people and the economy of the entire country will be boosted.  Most local people have seen the importance of California condor bird and other captured wild game and instead of killing and destroying their habitat they are in the front line trying to safeguard them. 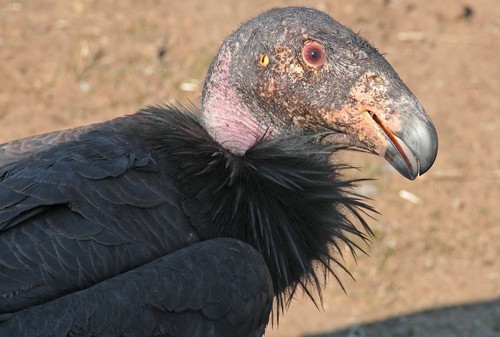