Everybody loves to be associated with something beautiful and very good names are given to beautiful things. You will find society or a parent who is blessed with a beautiful baby naming her Angel. People like associating beauty with heavenly being or things.  The bird of paradise is not left behind, in the sixteenth century some European discovered this bird.

Birds of Paradise had never seen such a beautiful bird in this world and in the wild, in the whole of their lives.  They couldn’t remove their eyes from it.  No word could correctly describe such beauty. They couldn’t help but wonder where such a gorgeous bird would have come from.

After thinking and re-thinking about its origin without much success, they decided that this bird could have flown to the earth from the garden of God. That is how this beautiful bird ended being called Bird of Paradise or bird of the Gods. It comes from a family called Paradisaeidae.  This name is derived from the word paradise, which is a word in its’ name, “Bird of Paradise.”

This family has more than 40 species. Each of this species of this bird differs from the other one in their color.  For example, we have some which have green and bright yellow feathers.  Some other birds have bold red feathers. These birds have many interesting facts as we shall see.

This bird is medium sized and has very beautiful colors which include red, blue, scarlet and yellow. Some birds have all these colors smartly distributed in their body.  Others have just a few of these colors.  The main determinant of these colors is genetic.  The color of the male that fertilized the egg and the female from which the egg came from determine the color of the baby bird that will be hatched as a result.  The other thing that determines the color is the species of the male and the female mother bird.

The main thing that distinguishes the male from the female is that male have long feather at the tail.  These feathers are called steamers. Some males from certain species have additional feathers on their head.  Many people cannot tell the difference between the female and the male. In most cases the tail of the male is larger and taller than the female.

The bird of Paradise varies in length from 15cm long to 44cm.  Some species like the male black sicklebill is the longest at 110cm. The wings of the birds of paradise are rounded.  The males of some species have wings that are structurally modified in order that they can be able to make a noise or a sound.  Just as with the body, the size of the beak also varies from one species to the other.  Some have curved beaks and some are straight and not curved. You will note that in most species the female have longer beaks than the males.

The plumage, that is, the layer, pattern, color and arrangement of feathers is greatly determined by the system of breeding.  The species which are monogamous, that is, do not cross breed have a different plumage from those which are polygamous.

Where do Birds of Paradise live?

What do Birds of Paradise eat?

Most birds of the forest eat fruits and arthropods.  They also feed on nectar and vertebrates. Different species feed on different foods. The types of food these birds take affect their behavior.  For example the frugivores which feed on tree canopy are more social than the insectivores which feed lower down are solitary and are territorial. The birds of paradise have an area where it uses to look for food. This area is referred to as the home range. One bird’s home range may overlap with other birds.  It is expected that they will fight over the area but that is not the case.  Birds of paradise will avoid each other and in so doing they will have an area within the home range where on other bird is using.

Some species of birds of paradise eat fruits and berries, others eat worms, and others feed on insects and spiders.  It all depends on the area where they are and the food that is available there.  Because of their height and size finding food is not so easy because some worms and insects are too small.

The birds of paradise’s body do not digest seeds of the fruits they feed on and therefore they disperse these seed to different areas.  In so doing different fruits grow in different areas.

When it comes to mating and breeding you will not want to miss one of its rituals.  These rituals vary from one species to the other. Some are polygamous and others are monogamous.  The male will conduct a dance displaying its very beautiful feathers. It can conduct this dance for some hours or even days until a female notices and moves closer and then they will mate.

If the male is  polygamous, it will go look for other females, conduct the dance to them and mate with them.  If it is monogamous it will not look for other female birds of paradise.   The female will lay small, brownish orange fertilized eggs, ranging between 2 and 3 eggs. These eggs will be laid in the nests which have been built from soft materials.  The female bird of paradise will protect these eggs from predators.  She will incubate them for between 16 -22 days going away from them only when she’s looking for food.

Birds of paradise live in isolation, that is, each live on its own.  It will look for food on its own and in its own territory.  It is only during mating that they come together.  When alone they will perform many acrobatics and entertain the “audience.” These audiences could be human beings.  It has not yet been known why they do these dances because it is not meant to be for mating.  They hang upside down. Some other times sway from side to side and do other such like entertaining movements. 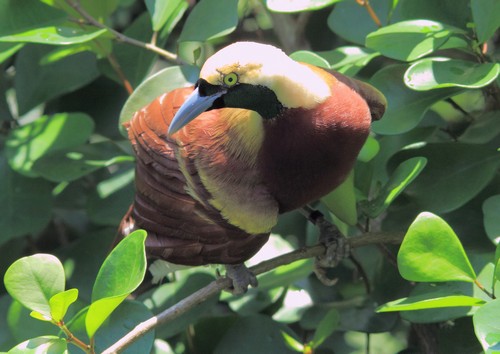 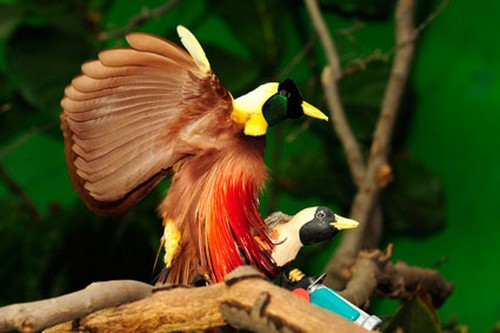 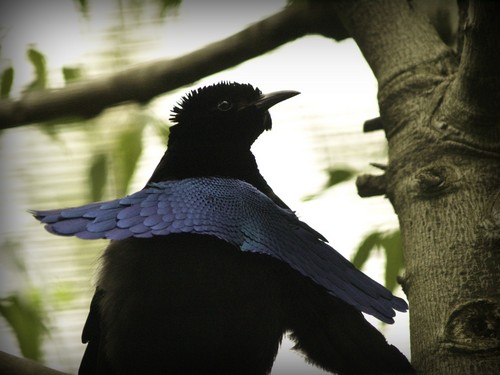 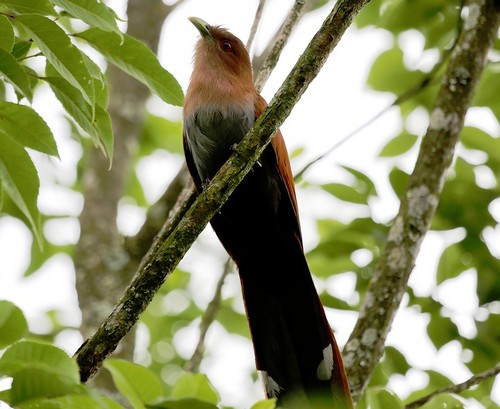 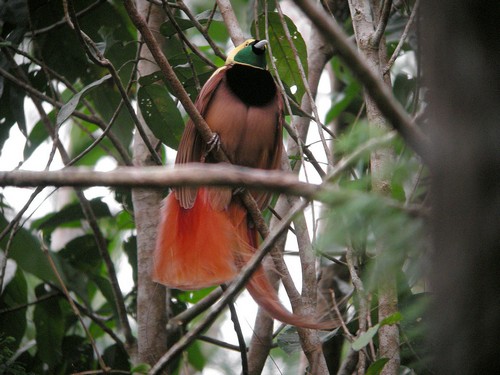 For very many years human being have hunted and killed so many birds of paradise.  The kind of hunting they did is called plume hunting where they hunted in order to harvest all its feathers.  They would then sell these feathers and those who bought would use it for ornamentation.  This had been done for so many years that the population of the birds of paradise had greatly decreased. On realizing how their population had decreased, these birds of the paradise young males who had not reached mating age would start mating just to compete with the pressure of their decrease.   Some other hunters would hunt for rituals and others to decorate their clothes.

Deforestation is something else which has reduced the number of these birds.  The trees where the birds of paradise have built their nests are cut down and eggs destroyed in the process.  So these birds are not able to multiply and the adult birds have no place to build their nests. 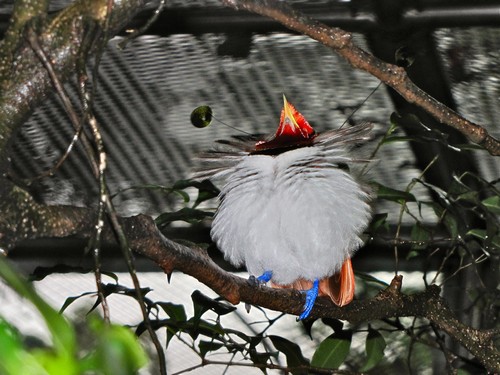 On realizing how fast these birds were being wiped out and how important they could be to the economy of their countries through tourism, all governments of the countries where they are found incorporated these birds to the wildlife Act and prohibited their killing and pronounced the end of plume hunting business. Any person caught in possession of this bird or killing it would face the hand of law.  It was also decided that no more cutting of trees was allowed. The cutting of trees not only affected the birds’ habitation but also the pattern of rainfall.

The bird of paradise is a very lovely harmless beautiful bird. Many people will travel far and wide to just have a look at it.  It should therefore be preserved since through tourism it will raise the economy of the country.  Strict measures should be taken in order to see that their habitation is not destroyed.  This can be done by avoiding deforestation. 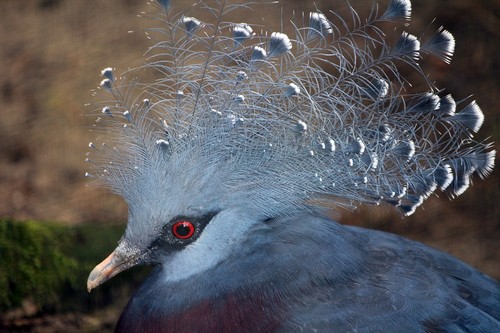 When people are building roads and others buildings they should see that whatever they do does not destroy the foods these birds feed on. The people should be educated on the dangers of hunting down these beautiful and attractive birds so that they can understand why the government has restricted them from hunting and killing the bird of paradise.  In so doing, the people will now be in the front line in trying to preserve instead of killing the bird of paradise.