Mini Australian Shepherds are short dogs and they will grow to average heights of between 14 to 18 inches while they will weigh around 9 to 15 kilograms in weight. It has a coat of fur that is medium-length and it comes in a wide array of colors such as blue, red, black and white or tan. These colors normally appear in various combinations and their fur can either be wavy or straight in nature.


Its front legs and hind legs are the same sizes in lengths and they have compact feet which are oval in shape. The dog is strong and has got both stamina and agility making it a great herding dog. They are also good in sporting activities especially sports such as fly ball and Frisbee, and it is important to play with them and keep them engaged since they were bred to herd, they actually love doing jobs. The Mini Australian Shepherd may nip you, your children or other animals in a bid to herd them and this is due to their herding nature.

They are great indoor pets due to their small size, however, they do require regular exercise so it is necessary to have some space for this or you can opt to take them for a walk or light jog regularly. This is because Mini Australian Shepherds are energetic dogs hence they need a way to dispense the energy.

Mini Australian shepherds have an average lifespan of between 12 and 14 years depending on how well they are taken care of. There are several health issues that one should watch out for if they have this dog. Merle type of Mini Australian Shepherd that was born out of two merles, it is important to get them checked because puppies from merle and merle crosses carry a deaf or blind factor hence it is important to get regular checks.

Other eye conditions to check generally include Iris Colobomas which can cause clefts in the iris and can cause sensitivity to light or impair vision if the cleft is large in size. Juvenile cataracts which are caused by the abnormal degeneration of the eye lens tissues. Persistent pupillary membrane can occur though rarely. This is vision impairment which is caused by the lack of breakage of the membrane that covers the eyes of a dog while it is a puppy.

Progressive retinal atrophy which is a condition that can cause blindness and it can be hard to detect due to the fact that there are no clinical symptoms noticeable. Hip dysplasia is also a common health problem to watch out for if you own this little dog.

Mini Australian Shepherds are intelligent dogs that are full of energy hence they are easy to train, however, you need to keep them busy and occupied because when left alone for too long they can become anxious and destructive. It is important to train them from a young age to ensure they are welcoming to strangers when they grow older. Due to their high amount of energy, they are great family dogs especially if you have children who love to play. With good training, these dogs also known as Mini Aussies are quite dependable since they are intelligent dogs and can actually be trained to do various activities in the house such as picking up dirty laundry or items on the floor.

The gray color in the background may vary from being silver to being the color of dark smoke while the black spots may appear as speckles spread out on the coat or they may be in large patches and all these come together to give an interesting appearance. They have white markings which may appear on the legs, the chest or it’s under parts with some having some copper spots. It is, therefore, possible to have a solid blue merle Australian shepherd, a blue merle that has got white and copper or a blue merle that has got white but no copper spots. 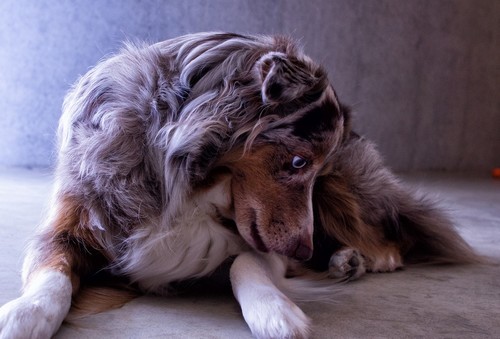 It is common for blue merle Australian shepherds to have marbled eyes or have eyes that are dotted with other colors. It is even possible for this dog to have one brown eye and the other eye to be blue in color. 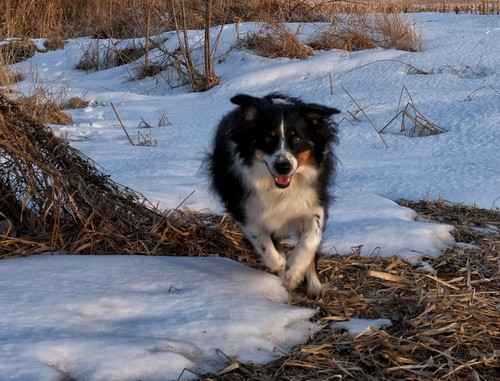 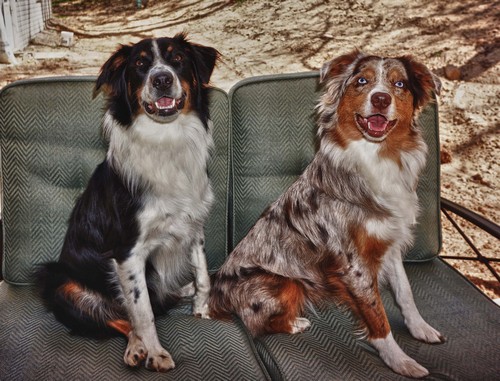 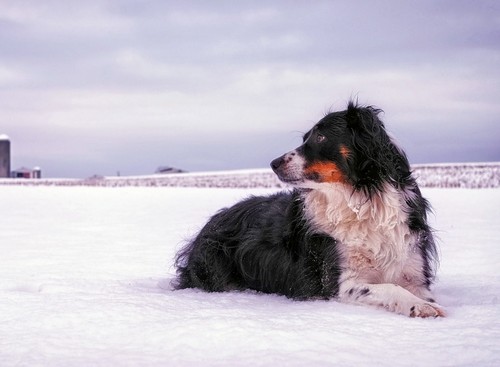 Similar to their blue merle counterparts, the red merle Australian shepherds can have either solid eyes or eyes that are dotted with other colors. They may as well have one eye being red while the other eye is blue in color. It is, however, easier to have blue eyes in merles than in those that have solid colors. 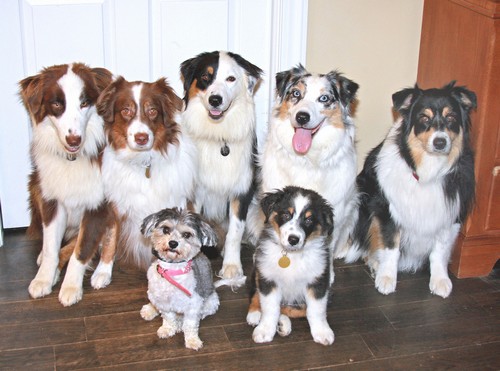 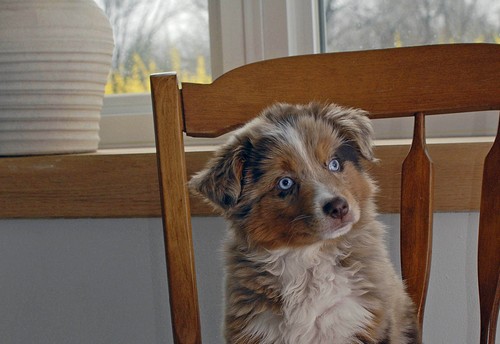 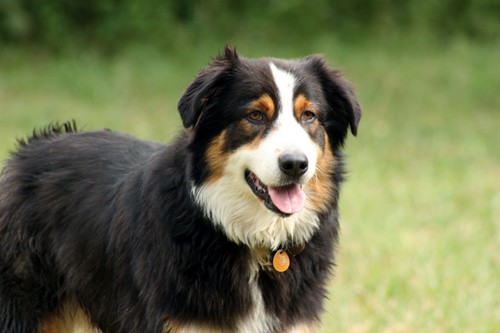 Australian Shepherds are a popular breed not only amongst herders but also among dog lovers due to their characteristics. They are hardworking and fun dogs that can bring so much life and excitement into a family if kept as a pet and will work hard to get the job done if kept as a herder. Since they are popular and are a good herding breed, they can be expensive at times, costing between $300 up to $600. But be sure that with this dog you will get your money’s worth. Ensure they get early training and keep them active and the result is you will have a happy and loving dog.

Check out this video of facts that will make you (if not already) definitely love these amazing dogs and their breed.