Armadillos are very funny, barrel-like creatures with a protective armor on their back. Indeed, its name signifies “a little armored creature” in Spanish. Armadillo has protective armor works magnificently on its predators, but sadly not on the cars. These are also called “Hillbilly Speed Bump” due to their unique propensity to come near the cars on the roads.

So, let us learn a word or two regarding these funny, little creatures and get ourselves more accustomed with them.

A normal armadillo has an average length of about 75 cm, with the tail being included. However, the Giant armadillo is mostly found out to have developed in excess of 1.5m long and the smaller than usual Pink fairy armadillo, which also happens to be the smallest armadillo among all its various species and measures about 10cm in length.

A unique feature about these armadillos is that of its curling up ability. The armadillo has been blessed with an extremely toughened outer protective shell which it uses to protect itself from any danger or sudden attack.

In case, the armadillo senses that someone is going to attack it, the armadillo swiftly curls itself up and in the process, it doesn’t leave any of the tender and soft underside of its body that will expose to any kind of external impact.

It is commonly said that visuals can be deceptive. Complying with this thought, it would be a grave blunder to underestimate the armadillos due to its unconventional size and body shape. In spite of having an odd looking body, these armadillos can give a run for its life to almost all of its predators.

The quirky little creatures are totally able to clock a running speed close to that of 30 miles per hour! It is courtesy of this extreme agility that they are easily able to fend off any potential attacker by simply outrunning its opponent. Among all the species, bears, mountain lions, wildcats and wolves are the ones which are known to have consistently attacked these armadillos and feed on them.

Then these baby armadillos start to scrounge with the mother armadillo, in the long run leaving following 6 months to about a year. A few types of armadillos are found out to give birth and reproduce each year and so a single female can give birth up to 56 babies throughout her entire life span.

The Mighty Armor of Armadillo

As the saying goes, everyone cannot be blessed with everything. The same goes for the armadillos as well.

Although they have a protective armor which protects them from various attacks, these armadillos also have a trait which makes it extremely vulnerable to its predators. The armadillos have a very poor range of vision, which along with its small size make it very prone to sudden ambush from its predators in the jungles.

The armadillos are very adapted according to their natural habitat in order to survive the hardships which may come in the regions having a considerable armadillo population. In accordance to its adaptation, the armadillos are provided with an exceptionally strong and tough armor which mainly covers and protects the upper portion of its limbs, its tail and also covers the topmost part of its head.

However, although the upper body of an armadillo is protected by the reinforced armor, still these armadillos do not possess any such armor which protects the underside of its body. Due to the absence of the armor in its bottom part of the body, the armadillos have a very tender skin and a fluffy fur.

An advantage of this type of body structure is that whenever threatened, these armadillos have the tendency of rolling up itself and finally, curling itself in the shape of a ball so that only the heavily armored upper body is exposed to the attacker.

It is not essential that the armadillos will feed on insects only. Rather, it also hunts down and eats the spiders, worms and sometimes, the snakes. Apart from these, it may also be seen eating small frogs and toads. 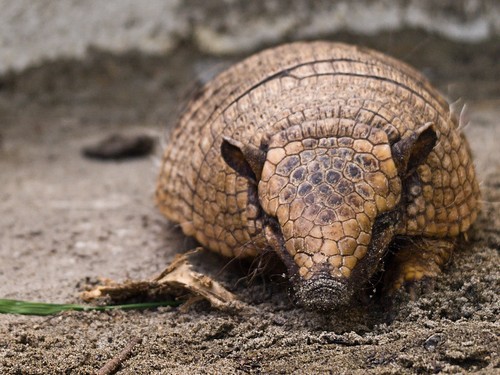 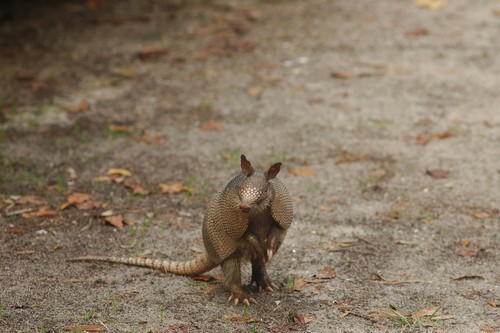 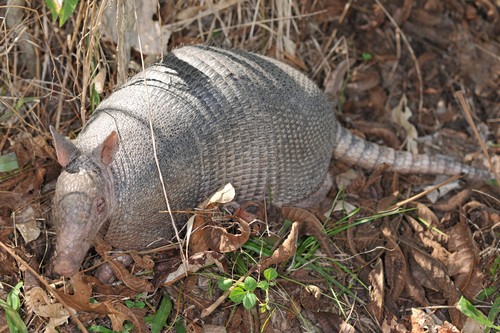 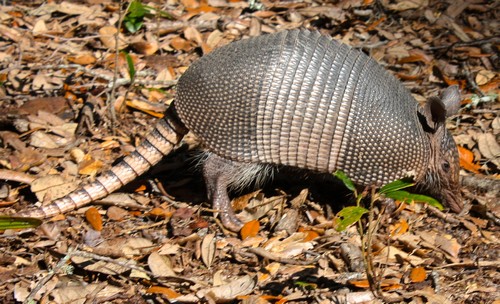 The armadillos have a very low quantity of fats stored inside their body. Due to this reason, most of the armadillos do not like the cold and humid atmosphere. Rather, they prefer the regions which are mostly nearby to the equatorial line, since these areas are more warmer as compared to the other regions which may be slightly colder.

Another interesting fact about the armadillos is that these quirky little creatures are very choosy and picky when it comes to the choice of their habitats and their place to live. They tend to decide their dwelling spaces on the sole basis of the type and quality of the soil which is predominantly found in that specific area.

And as the quality of the soil decides their habitat, these armadillos have a tendency to prefer the loamy and sandy type of soils, which are usually porous and loose. The reason for the preference of this type of soils is that these armadillos make their own houses by digging the soil and making burrows deep inside the ground; and having the looser and sandy soil in its vicinity allows the armadillo to make its burrow more quickly and more easily.

It has been seen that almost all the armadillos inhabit the Central and South American landscapes, with just one species being an exception; the nine-banded armadillo. 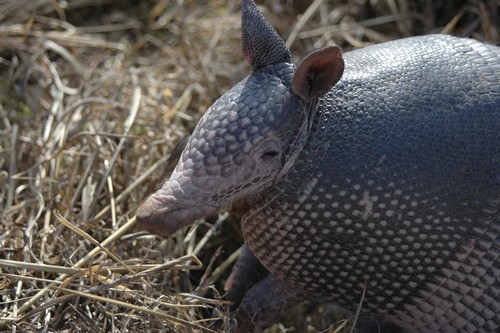 According to various researches, these nine-banded species of the armadillos are generally found dwelling in Argentina and stretches to the southern part of the United States of America.

However, it has been noticed that right from the beginning of the nineteenth century, these nine-banded armadillos have started to march and expand themselves towards the northern regions. Earlier, they were a common visual in just Florida and other nearby southern states, but now, these armadillos have also been seen in Missouri as well as central part of Illinois.

These burrows can be used for various purposes such as home and also as the site for the mother to give birth to its young ones. These burrows are considerably larger, as compared to other animals of its class, and can measure up to about 4-5 m wide. 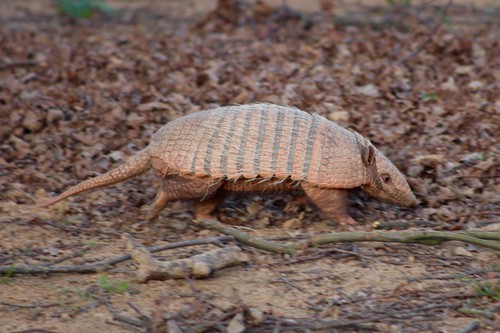 It has been seen that the famous nine-banded armadillo gives birth to at least 4 identical babies of the exactly identical gender in every reproduction cycle; whereas the seven-banded species gives birth to 8-15 pups during a single gestation period.

These armadillo pups are very fast when it comes to maturity. These small pups are generally weaned by approximately 3-4 months. And by the end of a year since their birth, these pups become mature and are prepared to participate in the mating process and have their own offspring.

The average life expectancy of an armadillo is quite bigger as compared to animals of its kind. An armadillo can easily survive for about five to thirty years in general, if the surrounding conditions are sustainable. It has been found out that the mean life expectancy of the 3-banded armadillo stands somewhere between 15-20 years. 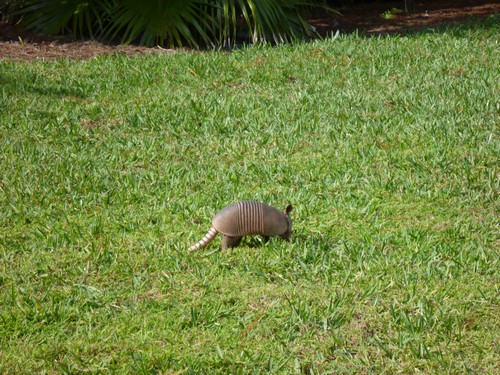 Some Other Interesting Trivia about Armadillos

The armadillos are found in a various array of colors and shades. These are generally found in red, gray, black and other yellowish shades.

The nine-banded armadillo is known to have as much as 100 set of sharp teeth and is also special because it has been officially recognized as the state creature of the state of Texas.