Have you ever had something which you never considered as important, only to realize how valuable it was after you lost it?  I know you have and I too can relate to it.  You may never know how great a spouse or a parent is to you until the cruel hand of death snatches them from you.  This is when you realize that the gap they have left in your life can never be filled in by any other. You realize how unique they were and what great qualities they had which you overlooked most of the time and took them for granted.  I know you are wondering what all this has to do with American lion.  It has everything and much more to do with this magnificent creature, ‘The American lion.’

Ask anyone from America who has an interest in wild animals, and they will tell you how they wish they had been born 13,000 years ago and would have done everything to preserve the life of the American lion.
Unfortunately, because those who were there then did not know the economic importance of wild animals, American lion can now only be read in books.  Just to put weight on the fact that it is now more valuable in its death than when it was living. Everyone wants to be associated with it; you will hear some people referring it as The American lion, others the North American Lion, The American cave lion, and the giant jaguar of Naegele.  All these names refer to the American lion.  Its description leaves everyone wishing to see it.

The first description of the American lion is that it is the largest lion known in the whole world.  The length of a mature American lion from the head to its body, excluding the tail, ranges between 1.6 meters to 2.5 meters (160 cm–250 cm).  The body weight of American lion ranges between 250 kg and 360 kg. The male American lion is larger than the female. American lion had a height of 1.2 meters. It had long slightly slender but muscular legs. Its physical appearance was just like any other lion. It had smooth brown skin with small patches. It had a white color from its chain down to its belly and part of its legs. It had very sharp canine teeth with which it used to tear its prey.  American lion had powerful and flexible front limbs.

Compared to the modern lion the American lion had much greater bending strength of their front legs than the modern lion.  These helped them to subdue their prey and inflict a powerful bite using their sharp canine.  Like all cats, they are believed to have had a strong eyesight and a strong sense of smell.  They had retractable sharp claws.

Just as the name indicates, the American lion’s habitat is believed to have colonized most parts of America.  Its fossil remains were found in the west of North America and part of South America.   The American lion is believed to have thrived in the cold season.  This is because most of the areas where their remains were found are in cold weather.   They are thought to have used fissures and caves for shelter when the weather became freezing.  They are also believed to have lived in open areas where they could spot their prey easily.  Considering their height and weight, they may not have been fast runners but not slow runners.

The reproduction behavior of the American lions is considered to have been a unique one. It only mated within their pride but not outside.  The fossil remains of American lions were found to have an almost equal number of females and males.  This has left many people to believe that unlike the modern lions, which has about 4 or 5 male in a pride, and the male can mate with any female in the pride, American lion to a considerable extent must have been monogamous.  But this information cannot be concluded with certainty because they exist no more and the only information people have is from the fossil remains and where they are found.

The American lion lived in cold weather, and therefore it can be assumed that the breeding period for all Lions was during the summer when the weather was conducive.   This is when the lioness would be on heat, and as the modern lions, both the male and the female would forfeit food just to copulate.  They would copulate 40 to 50 times in a day.  During this period, the pair would identify a cave or a hidden warm place where their young one would be born.

The American lioness would conceive and the gestation period would last for between 108 days and 110 days.   Shortly before this period was over, the pregnant lioness would leave the pride and go to the cave to give birth.  It is believed that many American lionesses would give birth the same time because the weather determined the breeding period.  The lionesses would care and protect the young cubs for more than three weeks.

Even though the cubs born of the American lions were bigger than the modern lion’s cubs they must have faced similar dangers from predators like the leopards, hyenas, and jackals.  After 6 to 7 months the young cubs would be weaned.   They would join the pride and after 3 to 4 years would reach sexual maturity.  From the fossil remains, it is believed that the young cubs would form their pride and move to an area of their choice.

American lion’s diet is mainly meat. It is a carnivorous by nature just like all cats.  Their teeth are suited for no other food but meat.  They had strong incisor teeth in front of their jaw which they used to strip meat from the bones. They used their strong wide jaw to close around the throat of their prey and with the help of their canine teeth would kill the victim.

It is believed that their primary prey were horses, deer, camels, ground sloths, young mammoths, and bison.  The American lion used techniques to kill its prey.  The strong, long legs helped them during their pursuit of the prey. It is believed that the American lion competed for food with other carnivorous animals.  There must have been fierce fighting either amongst themselves or other predators.  This was concluded after frequent tooth fracture was found.

There is no known predator for the mature American lion or lioness.  However, their cubs had many predators including the leopard, hyenas, and jackals. 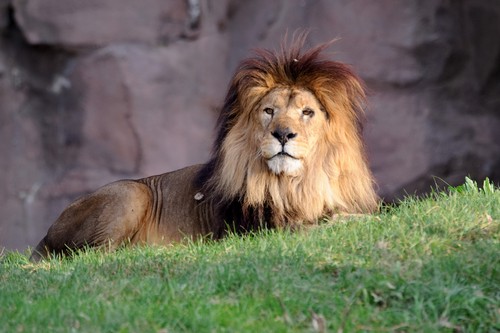 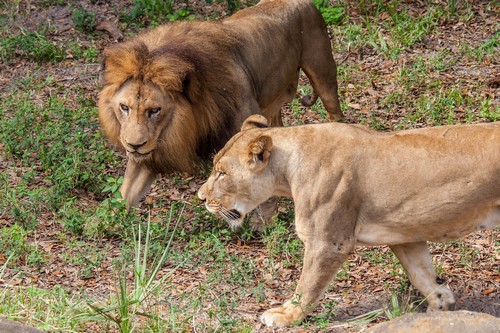 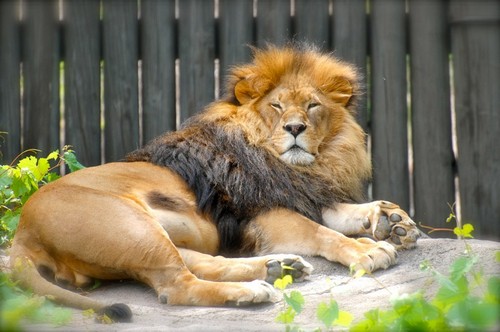 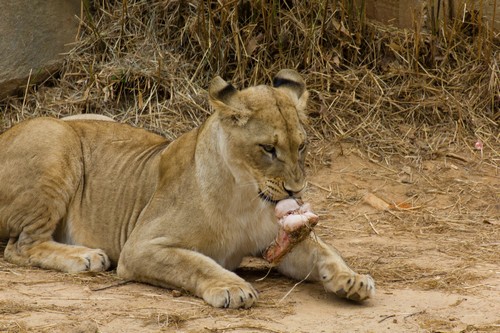 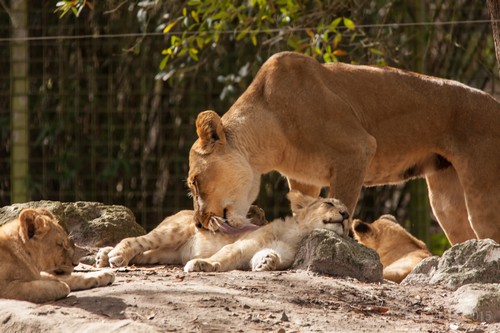 Due to the hostile climate, the American lions would have died as a result of diseases associated with the weather.

Glaciation or snow is another thing believed to have been the cause of American lion’s death.  Many years ago most parts of America were said to have been covered with ice especially during winter season.  At this time the ice would go as far down as to the caves and other places where the American lions would have gone to seek some warmth.  The American Lions would not go out to look for food because the whole place was covered with ice.  They would then die of hunger.

Economic effect of their extinction

As mentioned earlier, the value of something is highlighted after it’s lost.  Maybe 13,000 years ago nobody knew the economic effects their extinction would have.  So many people today would travel far and wide to go and see the American lion.  Think about how much the government of the countries where they would be found would fetch for their country in a year.  The tourists would buy goods from the local community.  The local community would get employment in the hotels where these visitors would spend their time during their visit. 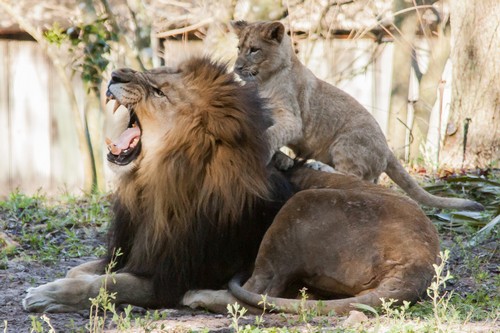