African Animals are most amazing animals in the whole wide world. Africa is renowned as the Dark Continent due to the earliest encounters between European explorers and Africans during the golden age of exploration. But what Africa lacks in terms of civilization, it has in abundance in culture and animal life. Africa parades an admirable fauna of all kinds of animals which roam freely in the wild.

From the intimidating land dwellers to intrepid commanders of nature’s air force, there are a thousand and one reasons to like African animals.

Before observing these animals individually, it is important to learn about some basic facts about them. To that end, we begin with their physical features.

Since there are many animals that live in Africa, it is obvious they have special needs hence adapted to these needs. This goes to say African animals do not all have the same physical features.

While Komodo dragons have hard, scaly covering which protect their reptilian body from the scorching effect of the Saharan sunshine, the tropical antelope have very long legs which facilitate swift sprinting away from would be predators. As for the ones that dwell on tree tops, they have developed features suitable for arboreal life such as wings which helps the fly, flat abdomen which helps them to glide in midair, or prehensile tails which help them grab tree branches as they execute impressive aerial maneuvers.

Africa is predominantly a tropical habitat. This means that virtually all animals found in it are tropical animals.

When it comes to choice of habitat, African animals make their decisions based on their evolutionary needs of the organism. For instance, fishes will always live in waters; tropical streams and rivers in this case. Herbivore which need to feed on grass or shrubs are predominantly found on savanna or shrub lands. Depending on the environmental needs, African animals can dwell in water, shrublands, savannas or grasslands, mangrove swamps, rain forests, and even deserts.

20+ Interesting Facts About Some African Animals

Lion
When you go on a safari in Africa and do not get to behold the intimidating presence of a lion just a few meters away from your truck, you have seen nothing. The lion parades one of the most petrifying looks in the animal kingdom, and a resume of terror for good measure. Lions live in packs with their cubs, lionesses and friends. Impressive as the lion can be, there is at least one fact about them that you probably have not heard: Lions are lazy.

An article by Beastly Countdown listed the lion as one of the laziest animals on earth. The male lion – which is the actual lion itself – spends at least 20 hours of the day sleeping or resting. It is actually the female lion; the lioness, that does all the work. Which involves hunting for food and feeding the cubs. The male lion, however, comes to life when there is need to attack a prey or defend the pack from predators.

Most Interesting Fact: They are the most famous and intimidating cats in the world.

Elephant
Elephants can be found living freely in the wild in just two continents of the world: Asia and Africa. While you can find elephants in Asian countries like India and Thailand, the ultimate home of elephants is tropical Africa.

Elephants are interesting animals in many ways. For one, they are intelligent animals with a very sharp memory to go with it. Have you ever heard the expression which reads “Elephants don’t forget?” It is true in many ways. Since elephants weigh several tons, it is only right that they consume a whole lot of food daily to keep up with their nutritional demands.

Most Interesting Fact: They are the largest land animals in the world, and they are vegetarians.

Giraffe
Giraffes are special animals. They can appear quite funny too. A giraffe is a tall mammal beautiful brownish color patches on its skin. These patches make it very difficult to spot since they easily blend with their natural habitat which usually shares the same coloration as their skin.

There are many interesting facts about the giraffe but the one I would like to state first is the fact that they hate to squat. It is very rare to see a giraffe on all fours on the ground. So much do they hate squatting or crouching that they even push out their young ones from their wombs in a standing position! Another thing to watch out for when you see a giraffe is the color of its tongue. As a rule, they are always blue.

Zebra
The zebra is the distant relative of the horse, distinctive for it beautiful white and black stripes. This is why it resembles horses in many way such as choice of food; they are both herbivores, and in terms of physical form. Zebras are known to migrate in large groups in search of greener pastures. Two things happen during zebra migrations. First, they form an alliance with wildebeests. Then they get attacked by predators such as tigers and lions.

Most Interesting Fact: The stripes on a zebra are unique to that zebra alone. Just like the human fingerprint system, no two zebras have the same stripe patterns.

Rhinoceros
Few mammals are more magnificent than the African rhinoceros. Simply known as the rhino, this animal looks a lot like many other animals. For instance, it has the sluggishness of a pig, the weight of a bull, skin of an elephant (or an even tougher skin), and the horn of a unicorn (if it ever did exist).

Rhinos usually have just one horn at the center of their heads. This simple horn which points towards the heavens is of very high economic value, hence is on high demand. Intimidating as the rhino may be, it has more to fear from humans than we have to fear from it. Its horn is a target and so is it life. 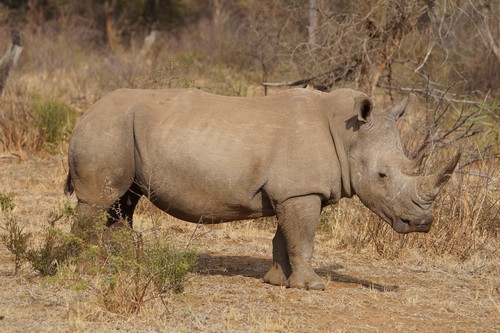 Most Interesting Fact: The rhinoceros is a shortsighted animal with a very thick, rumpled skin.

Cheetah
When you live in an area as hot and challenging as tropical Africa, you have to do a lot of things to survive. For animals like the cheetah, they run really fast. Cheetahs run for two reasons: to catch a prey or escape a predator, with the former being the case. Cheetahs are the world’s fastest land sprinters. No other animal or individual in the world runs faster than cheetahs on land. Their pelvic and pectoral joints are designed such that the fore limbs can come as backwards as possible while allowing the hind limbs to come as forward as possible. This results in greater distance per leap!

Cheetahs can accelerate their runs to about 112 km/hr but do not always run that fast.

Most Interesting Fact: Although cheetahs are the fastest land animals, they most times end up surrendering their kills to much stronger competitors.

African Buffaloes
Sport teams do not bear the name Buffaloes for nothing. An encounter with the African Buffalo is an encounter with energy, resilience and recalcitrance. The African Buffalo looks pretty much like a bull; the difference being the size and curve of its horns as well as its characteristic of stubbornness. Buffaloes are dangerous fighter as they can easily bulldoze their way through plant obstructions and attacks. The sight of the buffalo ramming into a helpless lion is a sight you would want to see. And so strong are these animals that one lion alone cannot kill them.

They are herbivorous by nature but can be temperamentally carnivorous if provoked. So you may want to keep your distance while you taunt this egotistical beast.

Most Interesting Fact: Except lions and crocodiles, African Buffalo has no known predator. And Don’t forget: no one has successfully tame the African Buffalo! 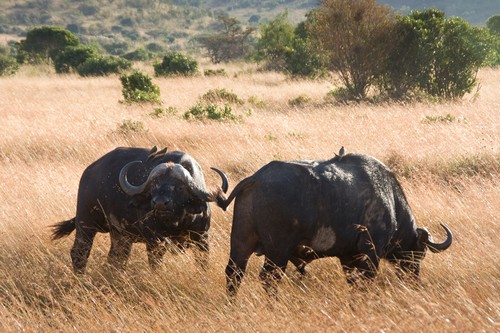 Hippopotamus
The hippopotamus, also known as a hippo has earned itself a new title among African native: Water Lion. This new title simply describes this animal’s behavior. Hippos spend more time in the waters than outside of it yet are not amphibians. An adult hippo is almost as huge as a bull but different from it in many ways. The hippo can give fatal bites if it gets close enough to a suspected enemy. And just imagine how horrible it will be to receive a bite from an animal whose mouth is as big as an antelope!

Most Interesting Fact: They can protect themselves from the harshness of the sun by secreting a sunscreen! 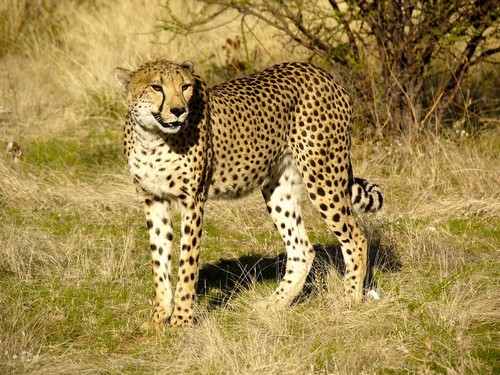 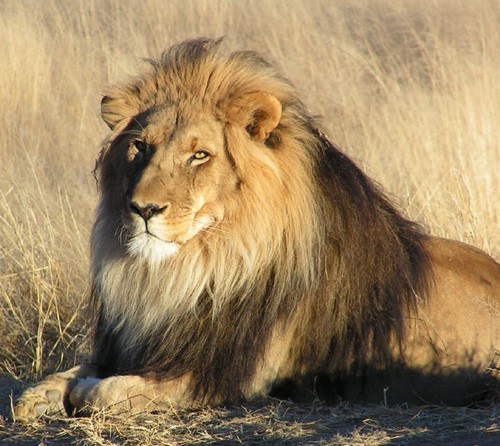 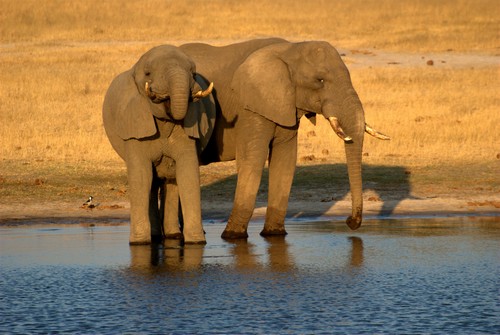 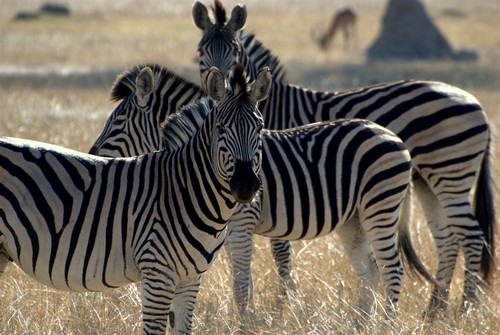 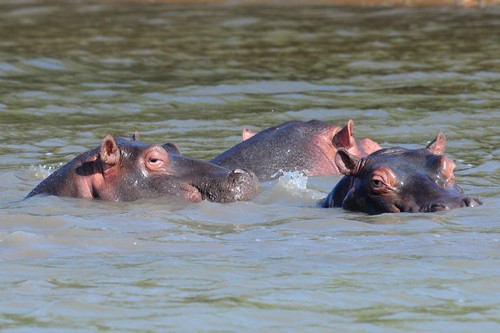 Generally speaking, African has probably the richest diversity of plant and animal life. There are several others interesting animals you should consider reading about such as baboon, aardvark, impala, jackal, mongoose, nyala, topi and more. I believe nature will thrill you even as you discover more of its wonders.